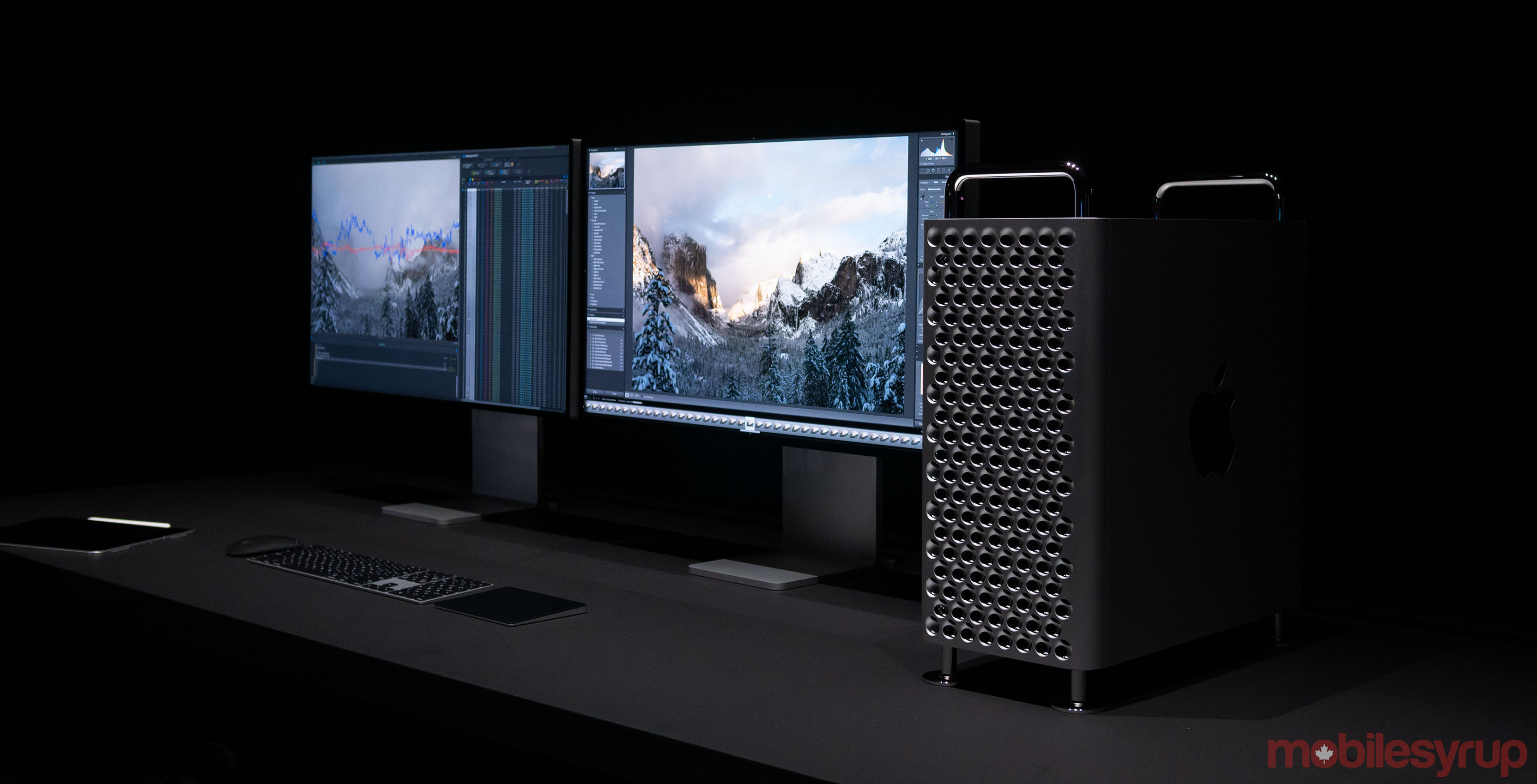 However, Canadian pricing for both devices has not been revealed, though we can confirm that the Mac Pro and Pro Display XDR will be available to purchase on Apple.ca.

The new Mac Pro features a look that ditches the ‘trash can’ design of the previous Mac Pro in favour of the cheese grater-like aesthetic. The desktop was also built with modularity in mind, allowing users to expand the computer to their specific needs.

The 2019 Mac Pro features a new Intel Xeon processor with up to 28 cores. A PCI expansion has returned, with eight internal PCI slots in total. It’s also possible to configure the computer with up to 1.5TB of RAM.

Apple’s ‘Pro Display XDR’ monitor is set to still launch in December as well. The display measures in at 32-inches and includes 6K resolution and HDR support.

For more on the Mac Pro and Pro Display XDR, check out my first look at the high-end from their reveal back in June.

The Mac Pro is a terrible cheese grater