It can sing, it can talk, but can it walk the walk? With the Echo Studio, Amazon is banking on its users wanting to play higher quality music.

There’s no question that the Echo Studio plays music phenomenally, but is it better than competing high-end options from Sonos and Google?

Further, are the features packed inside of this device and the overarching Alexa ecosystem enough to convince you to shell out $260 CAD for the Studio? 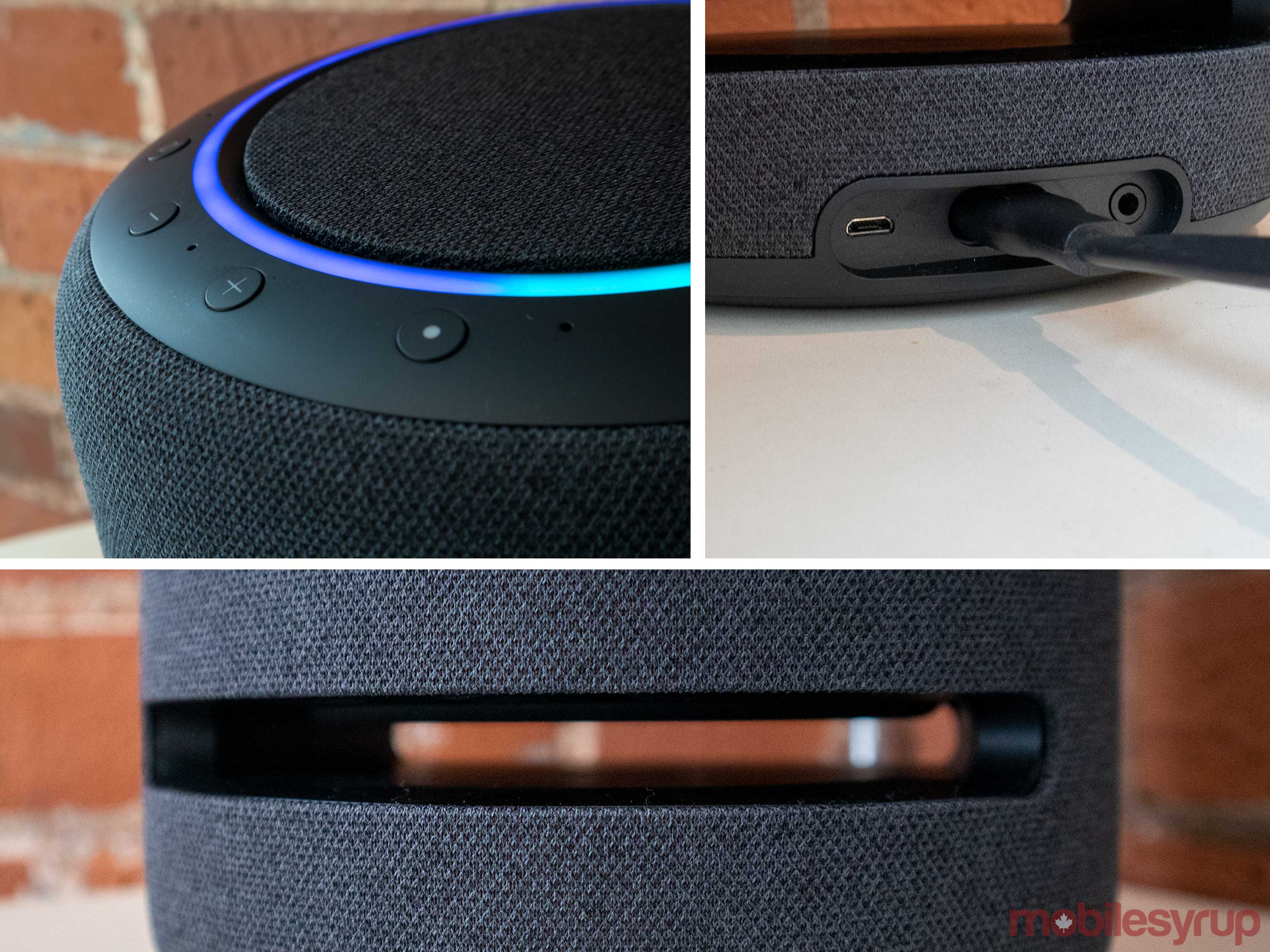 At first glance, the Echo Studio looks like a large, angry version of a standard Echo crossed with the Echo Sub. It’s tightly wrapped in black fabric and 20.6 cm tall.

Depending on what angle you look at the smart speaker, you might notice the four buttons and a fabric-covered speaker placed on the top, or the large flat cut out near the bottom.

The top speaker is one of three 55mm mid-range speakers, and Amazon says the cutout along the bottom maximizes the bass output.

Circling the top speaker is the telltale blue lights that glow when you mention “Alexa.”

I could listen to this all day 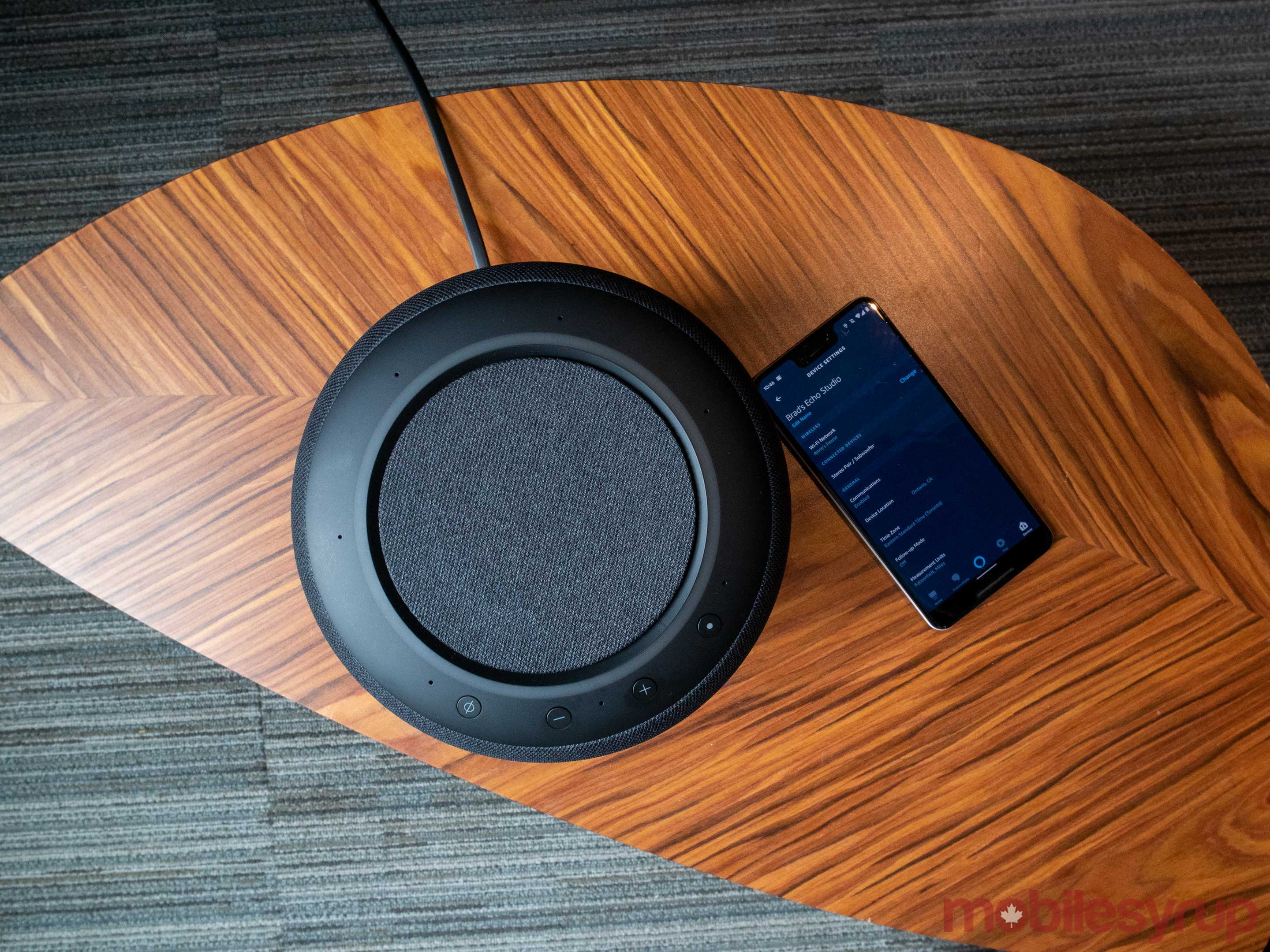 There are three 55mm mid-range speakers in the Echo Studio. One faces up while the other two shoot sound left and right. To push audio forward, Amazon added a single 25mm tweeter. For the bass, there’s a large 133mm downward-facing woofer. This is slightly smaller than the woofer in the Echo Sub.

Beyond the basic specs, the Studio also supports a few unique software-based audio features. It can use Dolby Atmos processing to transform regular audio and make it sound more immersive. You can disable this in the Studio’s ‘Audio Settings’ in the Alexa app. I found music sounded better with the feature disabled.

If the default tuning isn’t exactly your taste, you can also adjust the bass, treble and mids in the Alexa app. during my tests I bumped the bass down a tad.

While I fully expected this speaker to be similar to the comparably priced Sonos One, I don’t think I could reasonably say one speaker is better than the other. That said, I do think you need to turn off the 3D audio effect on the Studio to get the best music playback out of it.

While Google and Apple also both offer high-end smart speakers, I didn’t feel like it was worth comparing since both are $400 in Canada which is considerably more than the Studio. The Sonos One, on the other hand, also has smart home features and is about the same size and cost as the Studio.

Beyond a simple speaker 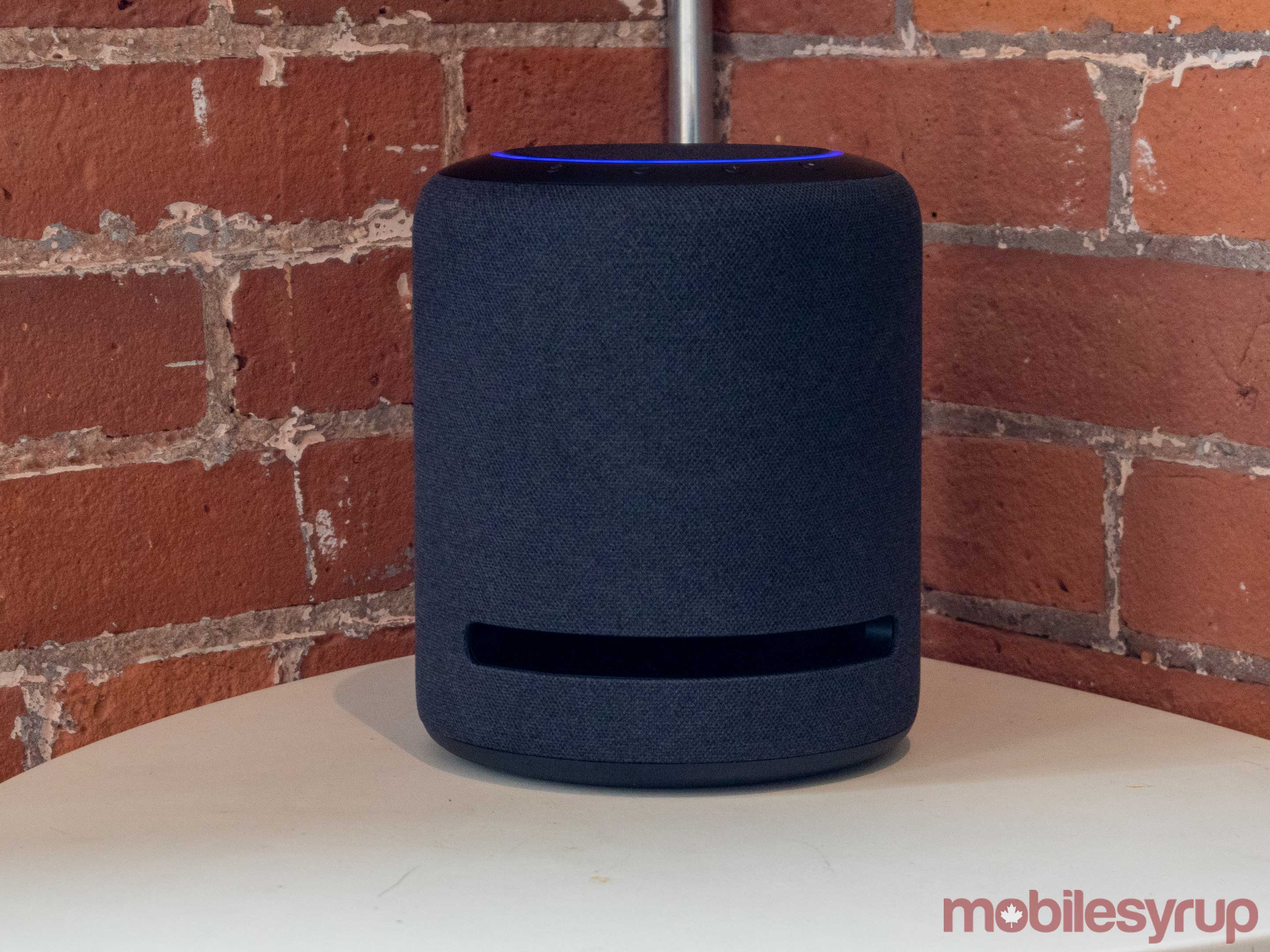 If you have a Tidal HiFi subscription, there are even 1,000 songs that use Sony’s 360 Reality Audio, so they actually play with an immersive 3D sound effect to envelop you in the music.

You can connect your Studio to a Fire TV Stick 4K or Fire TV Cube (2019), and it can play video content with Dolby Atmos as well. Further, if you have two of them, you can connect both devices to the TV for 5.1 surround sound.

You can connect the Studio to a Fire TV by clicking on the ‘Plus’ icon in the top right corner of the device’s section in the Alexa app and selecting ‘Home theatre.’

In my brief test, the Studio blew me away with how awesome it sounded when linked with my Fire TV Cube. Specifically, Atmos-enabled content like Jack Ryan season two sounds full and immersive.

The only downside with this is that the Studio is taller than the average soundbar, so you’ll need to have it on some kind of stand beside the TV unless your set is wall-mounted.

There’s also a 3.5mm headphone jack so you could play music from a TV or any other device that way. 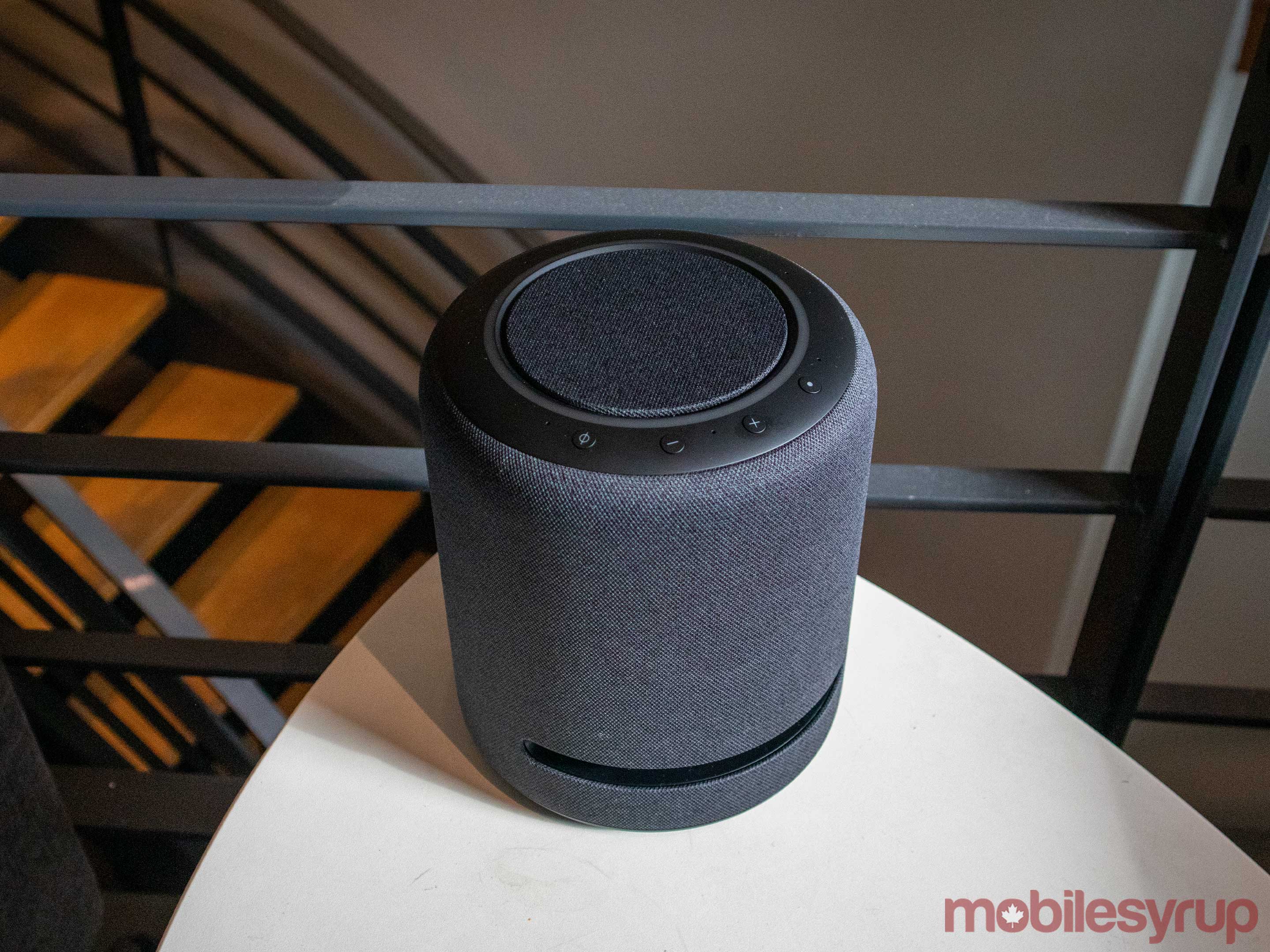 If you use Alexa, open your wallet

During my time with the Studio, I was impressed with the device at almost every turn.

One of the most significant turning points for me was turning off the 3D audio processing for music. Once that was disabled, I felt I was getting better quality music out of the Studio since it wasn’t being dragged down with overprocessing.

I was also a huge fan of how well it played Dolby Atmos content from a TV. While it might not replace a high-end soundbar with Atmos, it could undoubtedly replace any TV speakers or soundbar that’s lacking the virtual surround sound functionality.

In the end, I still wouldn’t recommend this device to everyone. If you should get a Studio depends on what your smart home setup currently consists of. If you’ve already got a few Sonos then stick in that ecosystem. But, if you’ve got a few Echo devices already, this might just be the perfect missing puzzle piece for your home audio setup.

You can buy the Studio for $260 from Amazon.ca

"If you’ve got a few Echo devices already, this might just be the perfect missing puzzle piece for your home audio setup."