Amazon is honing in on how people use its Echo devices 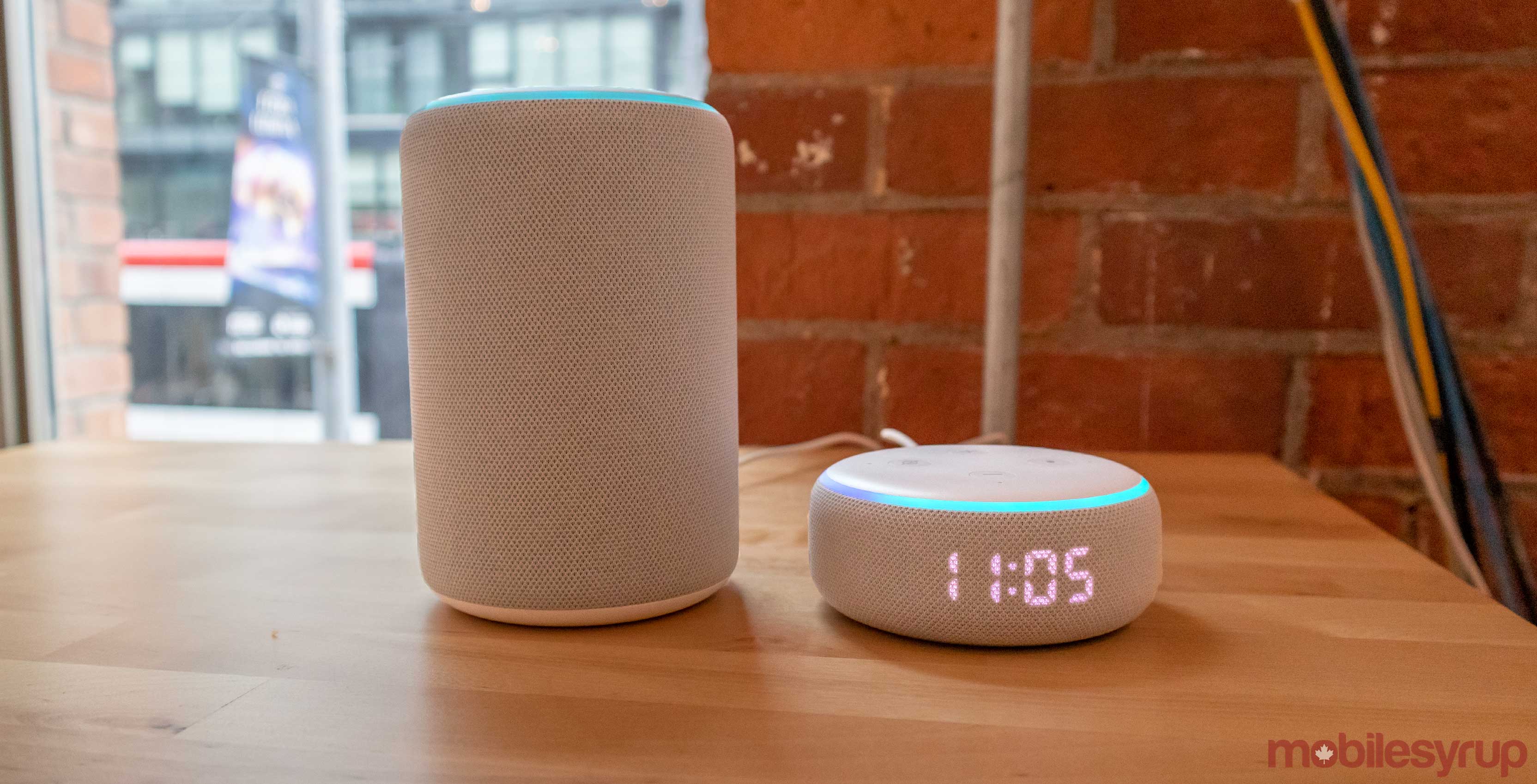 Amazon’s baseline 2019 Echo lineup is the strongest its ever been. The Echo Dot now has a slick new clock feature, and the standard Echo features enhanced speakers that make it perfect for playing music.

The Echo Dot with Clock is the perfect small speaker for the bedroom now that it has an LED screen to display the time, along with the fantastic ‘tap to snooze’ functionality from the Echo Show 5.

Furthermore, Amazon added more value to the base Echo by improving its speaker setup.

Beyond these additions, the two hardware products haven’t changed that much. 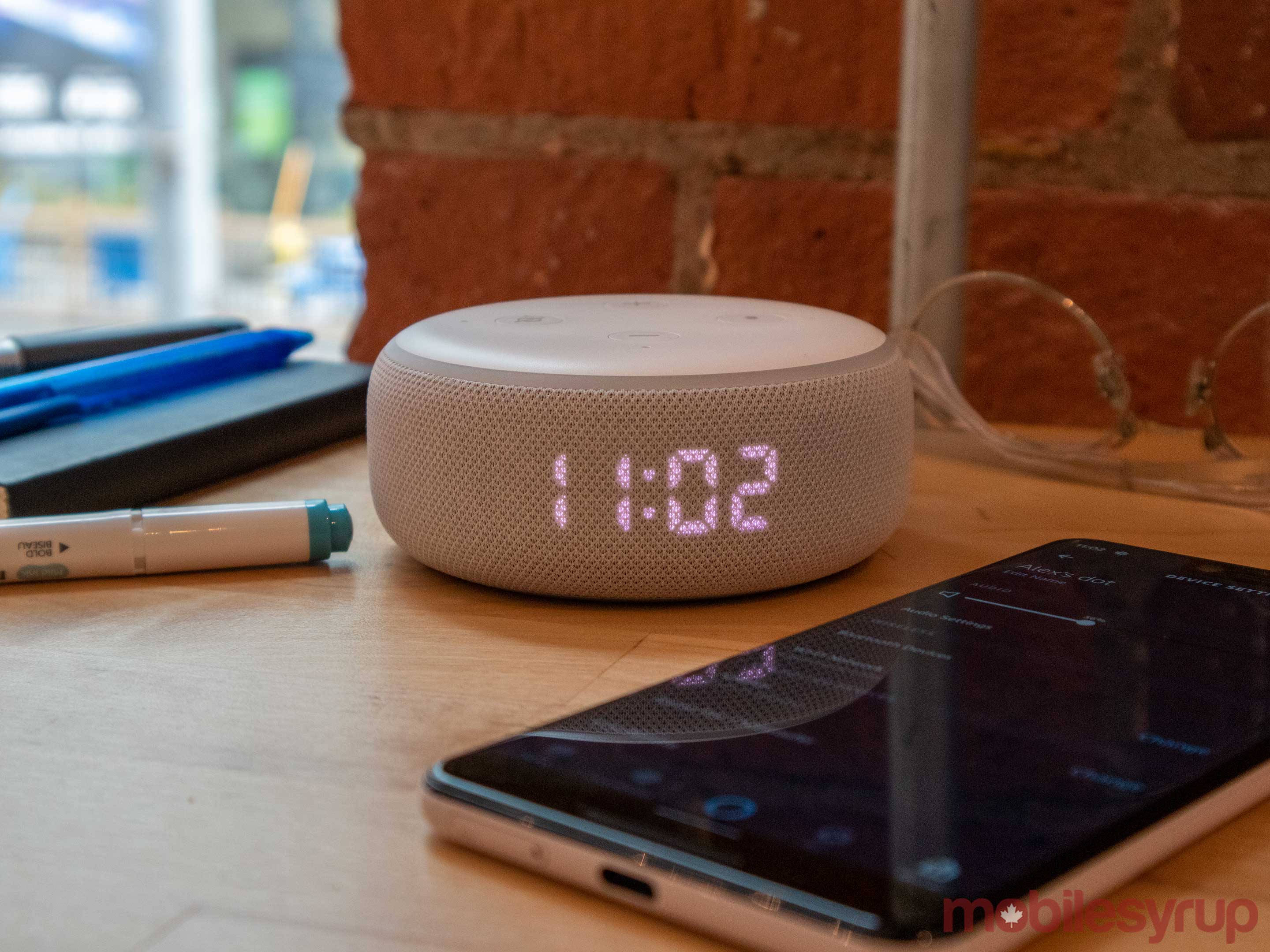 The Echo Dot with Clock is my favourite Echo product so far and for a good reason. It’s an almost perfect implementation of what an Echo device should be.

It’s small, features a clock face, has ‘Tap to snooze,’ and it’s still a capable Alexa assistant. Since not everyone will need the clock, Amazon still sells the regular third-generation Dot as well.

The tiny screen can also show the weather and timers. Plus, there are two dots to the right of the clock face. The top dot signifies if you have a timer set, and the bottom shows your alarm is prepared.

With the time always showing, the new Dot feels more like an essential piece of furniture with smart speaker functionality, rather than a device I’m squeezing into my room to control my lights and tell me the weather.

I wish Amazon would implement this display in the new Echo since its speakers are so much better than the Dot’s — but more on that later. With that said, the Dot’s speakers are still much stronger than Google’s new Nest Mini, and are great for casual listening.

Beyond these new features, Amazon also added a new ‘Plum’ colour to the Echo Dot lineup, but sadly it doesn’t come with the clock interface. The only Dot with the clock is the white-like Sandstone version.

Overall, I’m a huge fan of the new Dot. It’s more of a feature-packed device than the regular Dot or even the standard Echo. 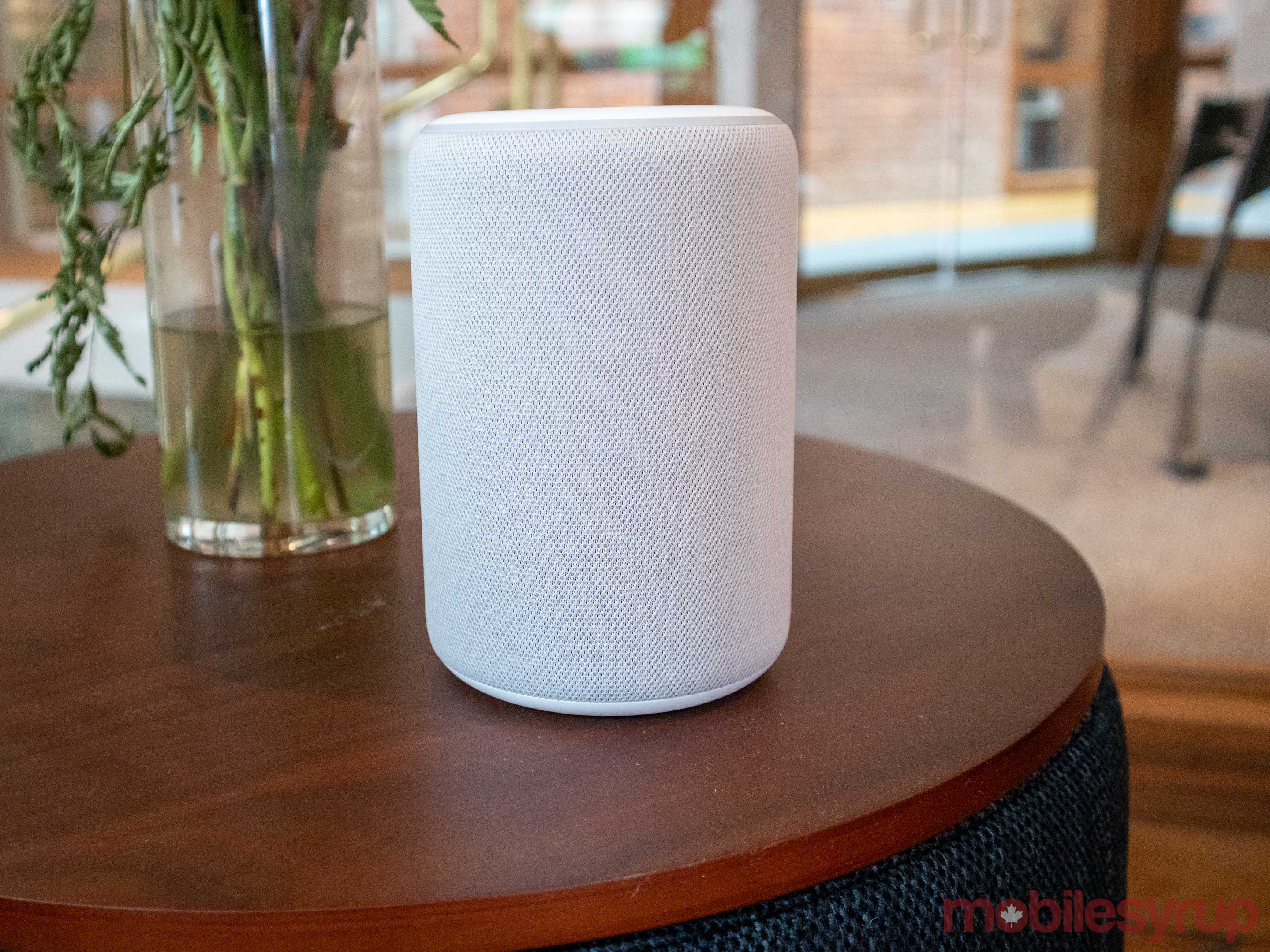 There’s less to say about the new Echo, but the one notable addition is it now looks and sounds like the Echo Plus.

It looks like a tall Echo Dot, and features a slight curve on the top compared to the flat lid of the 2nd gen Echo.

With the new speaker setup, the smart speaker sounds better and gets louder than the previous iteration.

While it doesn’t emit sound with as much detail as the Echo Studio, the first time I heard it, I was impressed. I used it for my main living room speaker for a few days, and I don’t have any complaints.

It might not be as good as the Echo Studio or the Sonos One, but it’s better than it has any right to be. After using the Echo for a few days and getting used to its sound quality, I even thought it competed with the higher-end Echo Studio.

When I played them back and forth to compare, the Studio featured way more depth to its sound, but the fact the tiny Echo could stand beside the much larger Studio says something about its sound.

You can also pair it with another Echo (3rd Gen) or an Echo Plus to create a stereo pair.

This time around, Amazon also offers the product in a new blue shade called ‘Twilight.’