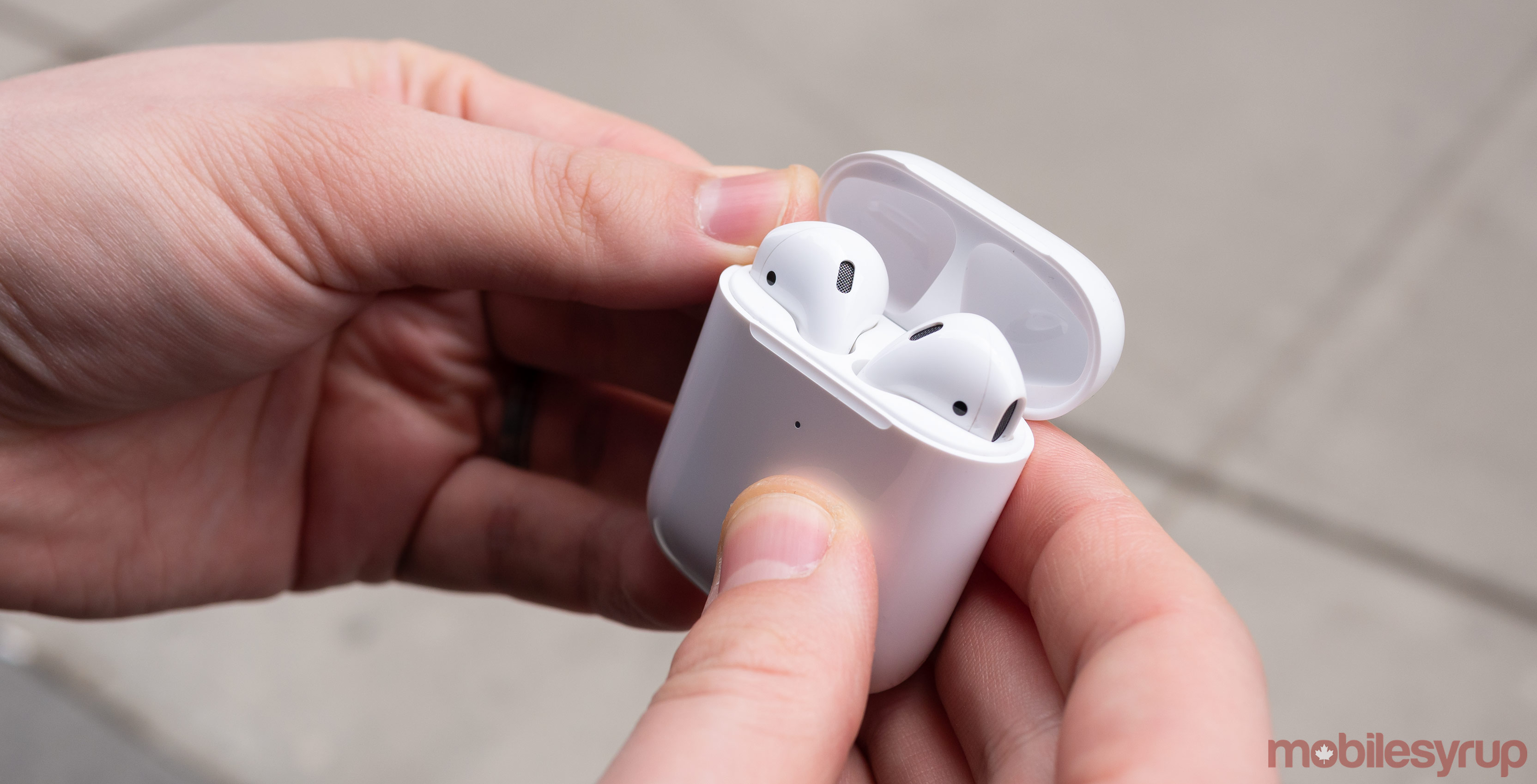 Apple has been rumoured to be working on noise-cancelling AirPods for months, but now it looks like the earbuds could finally arrive at the end of October, according to a new report from China Economic Daily.

This backs up Bloomberg‘s initial report that the wireless earbuds would arrive in 2019, though the publication later revised the rumoured release date to 2020.

9to5Mac recently discovered an icon that looks like it’s related to the earbuds in an iOS 13.2 beta, along with an animation that explains how noise cancellation works with the upcoming earbuds. Images of the rumoured AirPods Pro have also appeared on SlashLeaks a few times.

Rumours have been circulating regarding a late October Apple event for a few weeks now, but given the month is almost over, it’s possible the tech giant has shifted the keynote to early November. It’s unclear if Apple intends to reveal its AirPods Pro at this event, or if the company will quietly unveil the earbuds at some point before the end of the month.

While the original AirPods launched in a league of their own back in 2016, Apple’s wireless Bluetooth earbuds will soon face more competition. Amazon’s $129 USD (roughly $171 CAD) Echo Buds are set to launch later this month in the United States. It’s unclear when the earbuds will be released in Canada. Microsoft also has plans to release its new $249 USD (roughly $329 CAD) Surface Buds in the U.S. in 2020. It’s unclear if the wireless earbuds will make their way to Canada.

Apple’s second-generation AirPods released back in April of 2019. While the earbuds looked identical to their predecessor, they featured a few minor upgrades, including Qi wireless charging, a new H1 chip and hands-free ‘Hey Siri’ interaction.

You can now engrave a unicorn emoji on your AirPods case