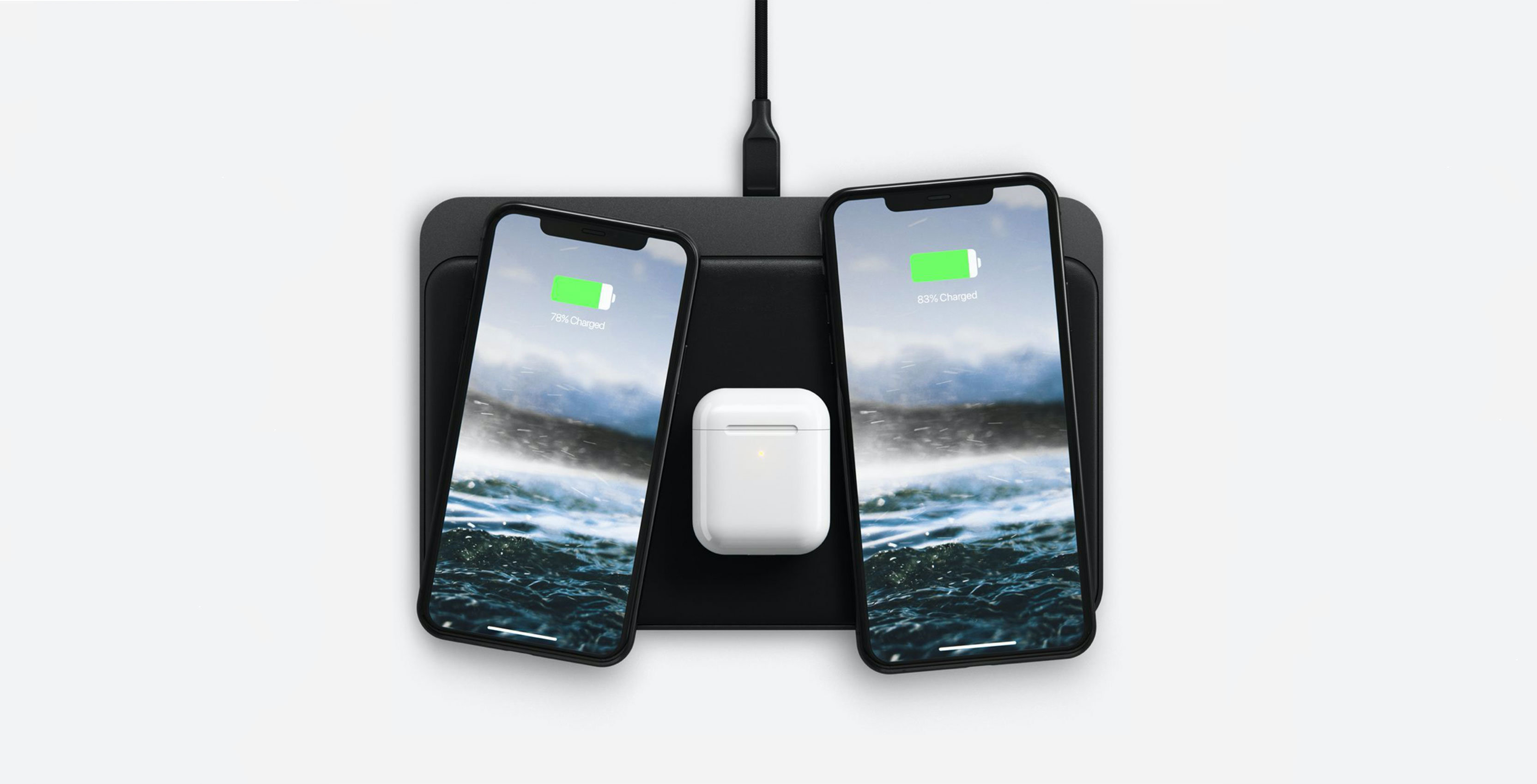 Smartphone accessory maker Nomad has started teasing a new charger called the Base Station Pro that can charge devices in any layout.

This is an exciting device since Apple promised a similar charger called AirPower but then cancelled the device after it failed to make it work.

Now, it seems as if a company called Aira has discovered a way to make it work. Aira says that it’s developed a technology called ‘FreePower.’ This tech utilizes an 18 coil matrix so users can place their phone or other wirelessly chargeable devices anywhere on the pad. When users place their device on the charging pad, it dynamically locates their phone and directs power to that coil.

In addition to being able to place a device anywhere on the charger, it can also charge three devices simultaneously, according to Nomad’s website.

The device is up on Nomad’s website, but there is currently no release date for the product.

While it’s exciting Aira and Nomad are bringing a product like this to market, it might be worth waiting for reviews since the technology powering it is so experimental.

This leather wireless charger costs more than some live calves