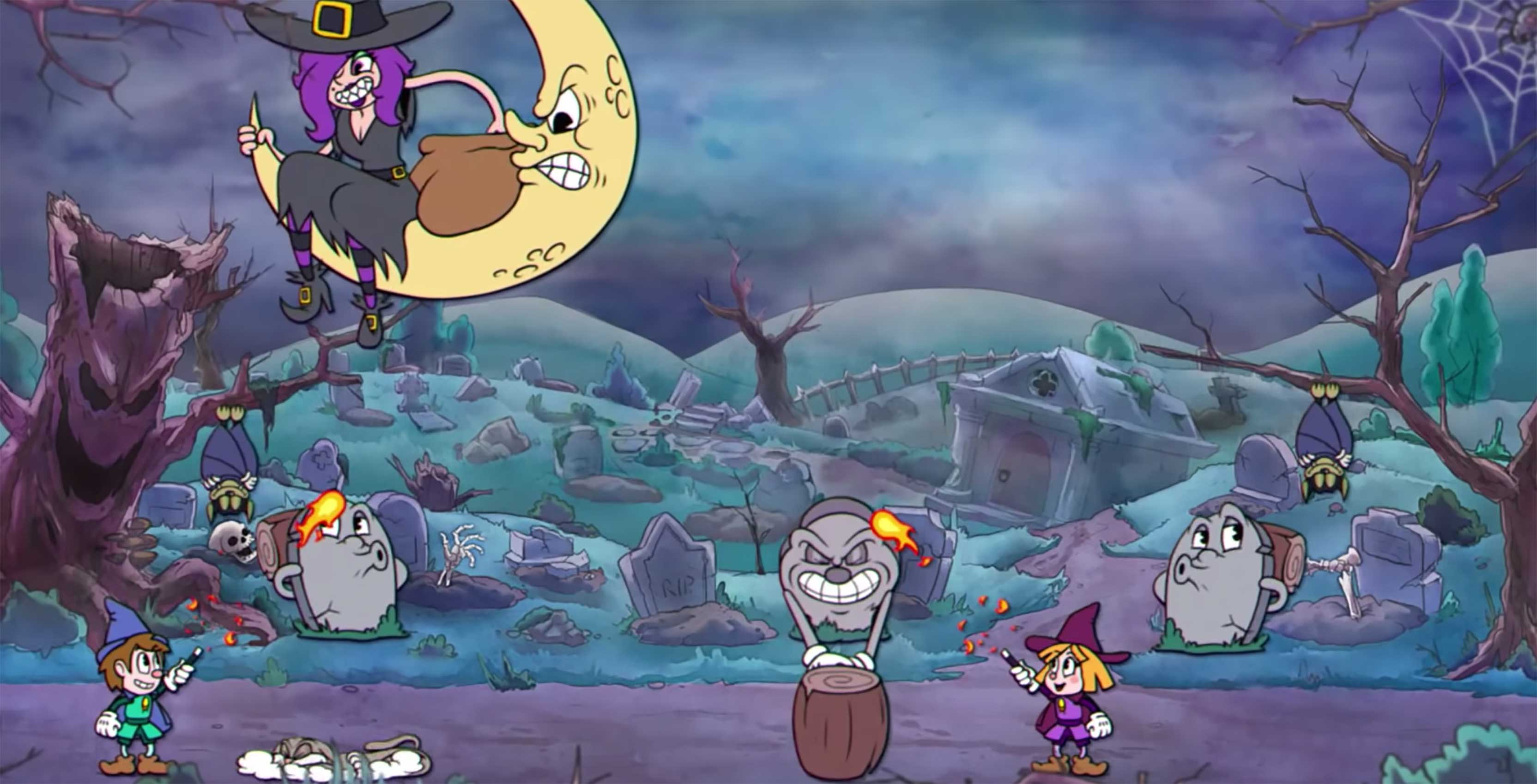 On October 8th, developer Xixo Games Studio published a trailer for the game on YouTube. Since then, the trailer has garnered more than 35,000 views and 1,800 dislikes (compared to 550 likes).

However, the likeness goes even further, with Enchanted Portals featuring nearly identical somersaulting and directional finger-shooting gameplay to Cuphead. Even some of the enemies, like the moon, pirate ship and dragon look a lot like bosses from Cuphead.

While Cuphead no doubt has its own share of influences, like the animation from Fleischer Studios or the run-and-gun gameplay of Contra, Enchanted Portals certainly looks a lot like Studio MDHR’s game.

Naturally, people took to Twitter to express their opinions.

Look I wanna give Enchanted Portals the benefit of the doubt but… I can't, either can most of the community. It literally looks like they're trying to cash in on both look and gameplay of the pre-existing Cuphead, and that's not great.

Yeah I think I'll pass, I don't want an uglier cuphead reskin with tweening and puppet rigs that mom found in the dollar store with le ebin meme dog pic.twitter.com/kCHeZ8Sjkb

Enchanted Portals: Can I copy your homework?

Cuphead: Sure just make it look different so it doesn't look like you just copied it.

Obviously Cuphead didn't create the rubber hose art style or run and gun gameplay, but this is so damn similar that it's disappointing.

The animation looks solid and it would be great to see these guys do something less derivative with that talent. https://t.co/eVnmDGAZTd

Following the release of the trailer, Cuphead has started trending on Twitter with over 14,000 tweets about the game as of the time of writing.

On Facebook, the official Enchanted Portals account acknowledged that the developers are “avid fans of Cuphead and were inspired by it to create something similar.” However, the developers are “trying to give it a different spin and making it our own thing” and “there’s a lot of exciting content yet to be revealed.”

For now, Enchanted Portals doesn’t have a release date, although a Kickstarter for the game is set to go live on October 24th.

Since its launch in September 2017,Cuphead has gone on to sell five million copies and receive numerous gaming industry awards. Mobile game makers even tried to capitalize on the game’s success by selling fake copies on the App Store, one of which Apple actually approved.

Currently, Studio MDHR is working on a Cuphead expansion and collaborating with Netflix on a Cuphead animated series.