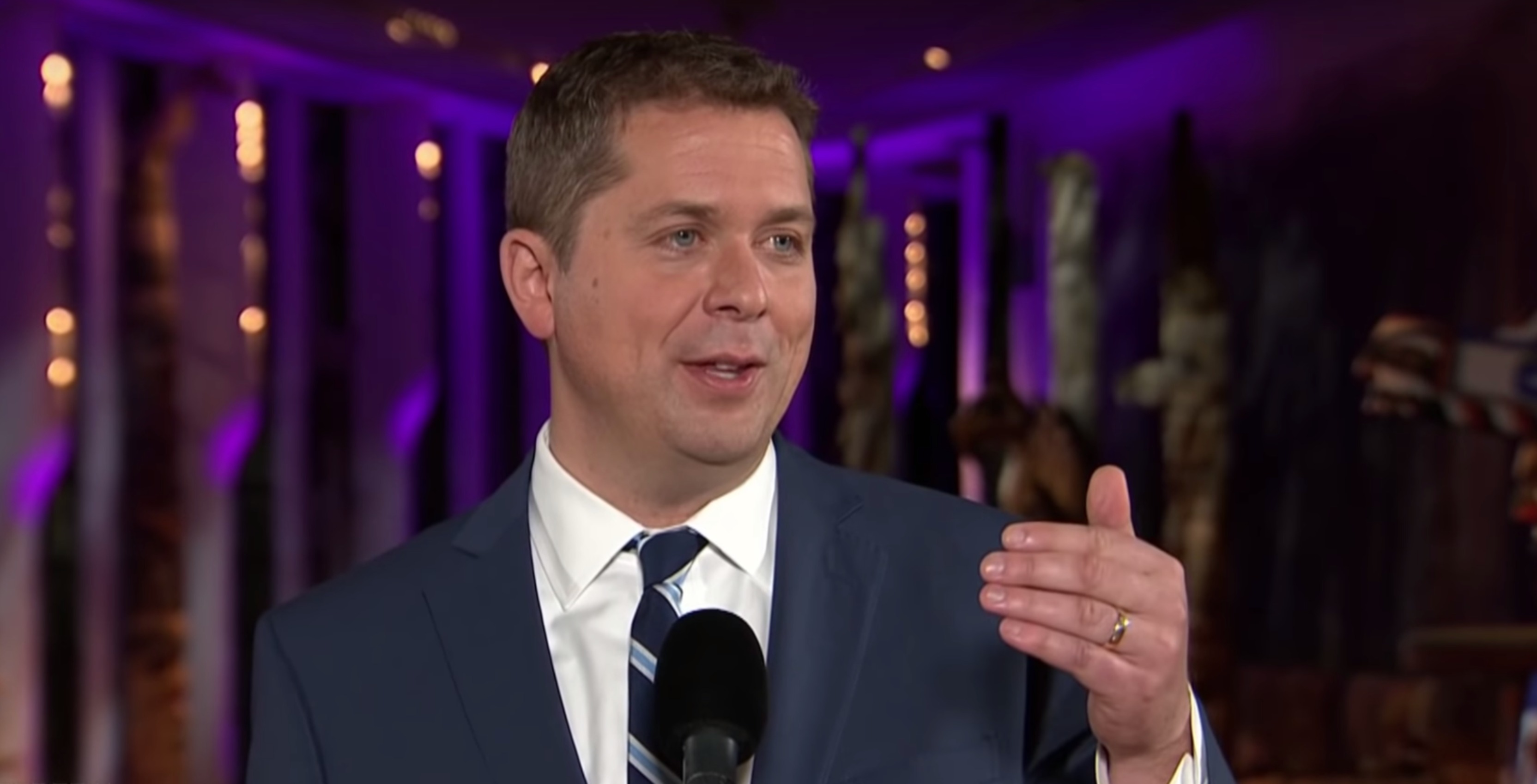 Conservative Party Leader Andrew Scheer resorted to slamming incumbent Prime Minister Justin Trudeau’s plans instead of revealing if, or when, his party will introduce telecom affordability into its 2019 election platform.

Scheer’s party has yet to announce anything concrete with respect to telecom and wireless issues.

The two-hour debate, hosted at the Canadian Museum of History in Gatineau, Quebec, set the stage for six federal leaders vying for the chance to be voted in as Canada’s next prime minister. Liberal leader Trudeau battled it out with Scheer, New Democrat Party Leader Jagmeet Singh, Green Party Leader Elizabeth May, Bloc Québécois Leader Yves-François Blanchet, and, added to the roster in the last minute, People’s Party of Canada Leader Maxime Bernier.

The majority of the debate was set on five main topics: affordability, environment and energy, Indigenous issues, leadership and Canada in the world stage, and polarization, human rights and immigration.

Telecom and tech-related issues did not come up during the debate.

But Scheer, during the post-debate scrum, indicated his party did believe Canada needed more competition.

“We believe in ensuring robust competition in Canada is the best way to make sure Canadians have affordable services, but like I said, so many aspects of [Trudeau’s] platform are not as advertised,” Scheer said. “There are no numbers to back it up and on this particular issue he’s not explaining how he’s going to do it, other than asking telecom companies to do it.”

The Tories have stayed quiet on all things telecom since the beginning of the election.

While on the other hand, the Liberals, NDP and Greens all have announced party platforms that would target telecom affordability.

Trudeau said he would cut the cost of wireless services by 25 percent within four years, bring smaller players like Mobile Virtual Network Operators into the Canadian market to foster competition and divide spectrum based on consumer choice.

Further to this, before the election, incumbent Innovation, Science and Economic Development Minister Navdeep Bains issued a policy directive that would require the Canadian Radio-television and Telecommunications Commission (CRTC) to make decisions with affordability and fairness for Canadians in mind.

Shortly after, Rogers, Bell and Telus all introduced rate change plans and offered new prices for unlimited data plans. It is worth adding that while it may seem that these plans are unlimited after a user goes over their data their speeds are throttled.

NDP Leader Jagmeet Singh also announced a plan to reduce the cost of cellphone and internet bills with a plan that includes a price cap.

The Green Party of Canada also indicated a plan to reduce cellphone and internet bills, which would include a price cap similar to the NDP, but has not formally announced anything.