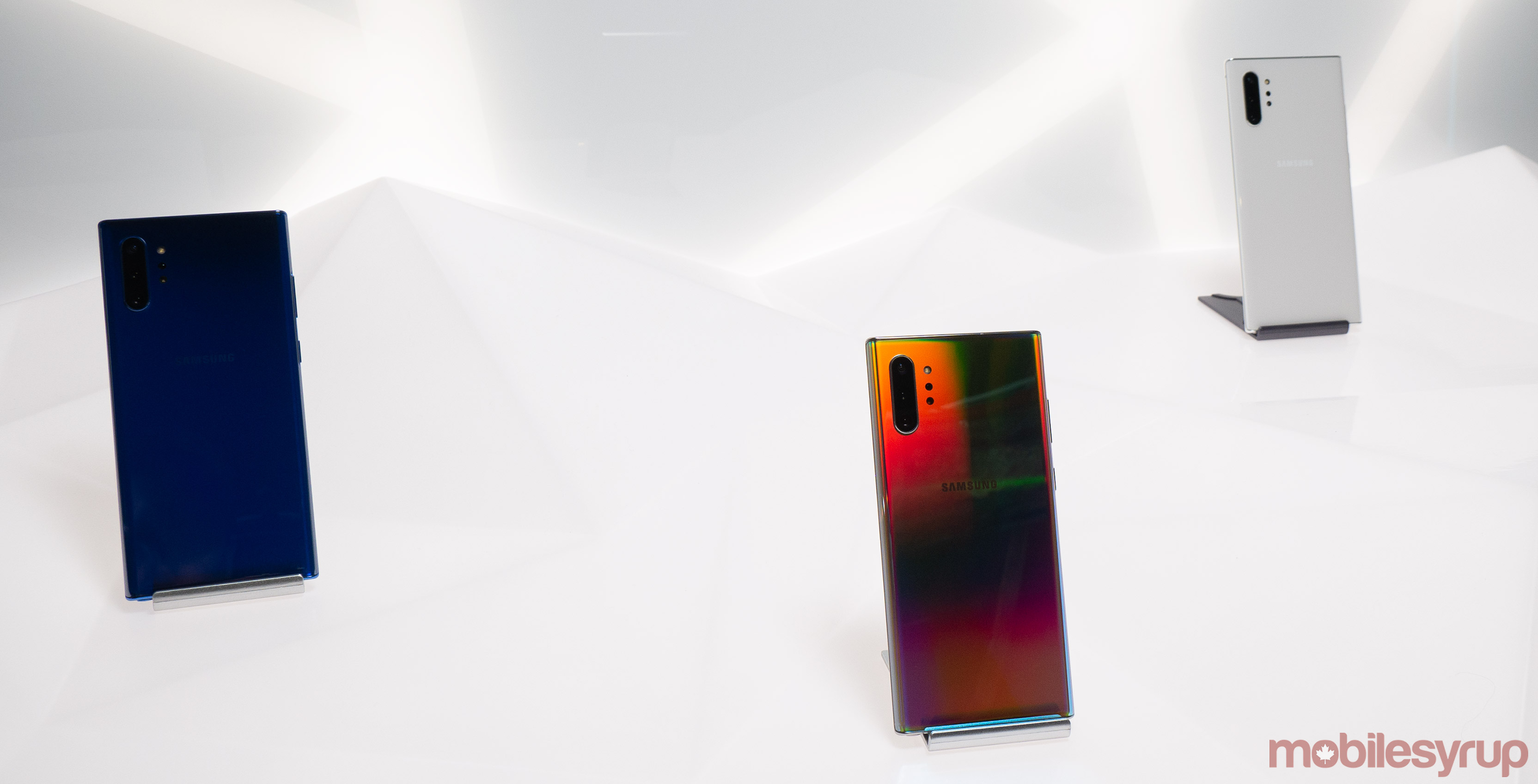 The Samsung Galaxy Note 10 and Note 10+ are now available in Canada.

With the Bring-it-Back program, you can grab the handset for $0 then pay a rate of $53.33 per month.

Rogers lets customers pay $0 upfront and pay $60.42 per month with its Edge Financing.

On a two-year contract, customers can pay starting at $490 upfront. There are also options to pay $730 and $979 upfront at varying monthly prices.

Rogers is selling the device outright for $1,450.

Those interested can choose the upfront price and that’ll determine how much you pay monthly.

Koodo has a similar plan to Telus’ since its outright price is $1,725.