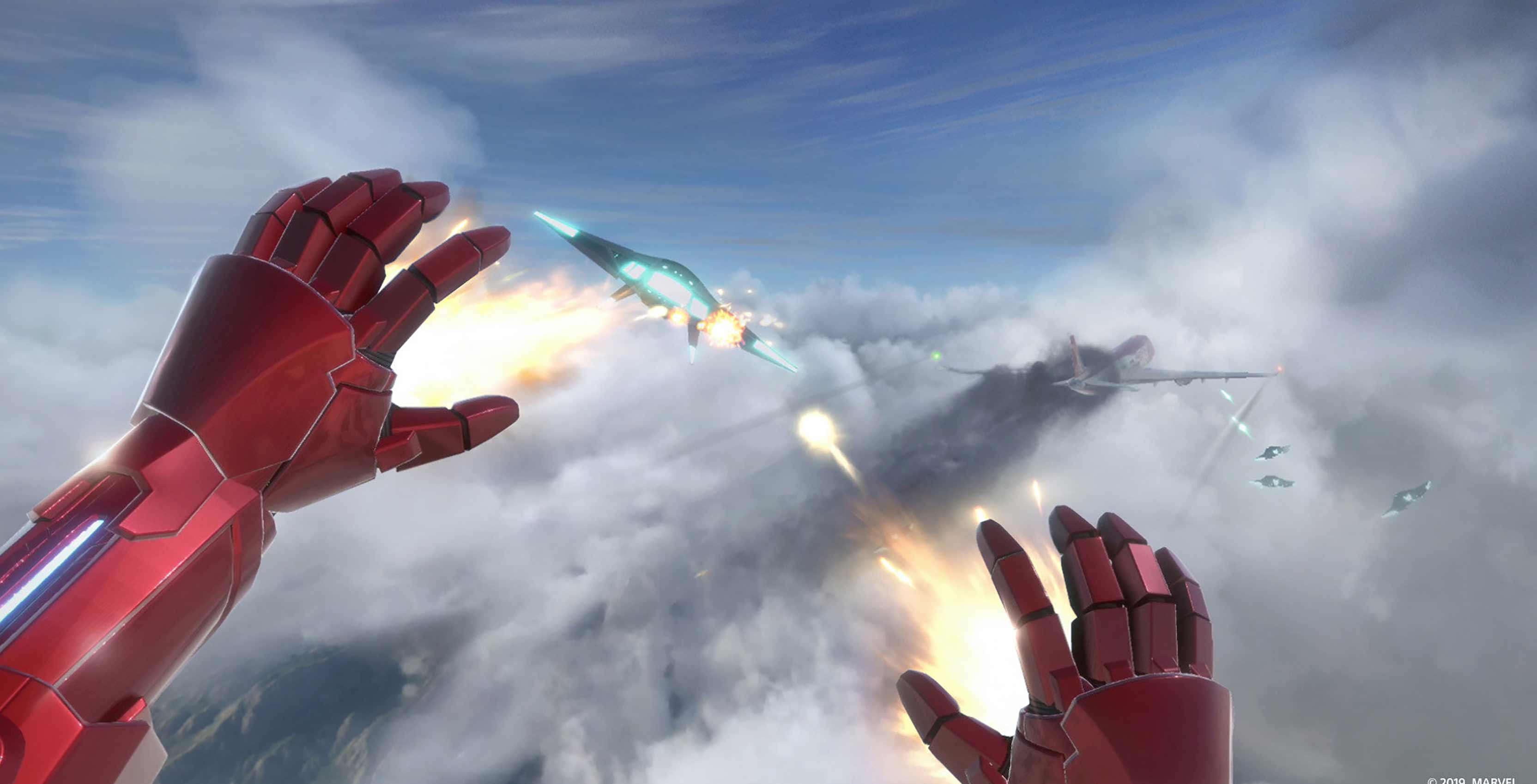 A fast-paced, flight-based experience would normally be relegated to a bland on-rails shooter. However, with Marvel’s Iron Man VR, developer Camouflaj has managed not only to avoid those trappings, but to also create something really engaging in its own right.

In a demo at Gamescom 2019, I got to take part in an Iron Man training session over the waters near his Malibu home. Right from the start, I was taken aback by how intuitive the controls felt.

To fly, you’ll hold the PlayStation Move controllers and position your arms slightly behind your waist, just as Iron Man does in the films. Double-tapping the controllers’ trigger buttons will give you a satisfying boost of speed. Meanwhile, tilting your head with the VR headset will let you actually steer.

Both movements feel incredibly natural and accurate to how Iron Man himself flies in the movies. Further enhancing the sense of immersion is an overlay you’ll see through your headset’s visor that emulates the one Tony Stark has in the films. Functionally, this HUD didn’t seem to do much, but it nonetheless adds to the overall look and feel of the experience.

After doing a few basic marker-based trials, the demo switches over to a combat encounter with practice drones. Naturally, you fight these using Iron Man’s signature repulsor blasts, and I was overjoyed to discover that they feel just as good as flying. 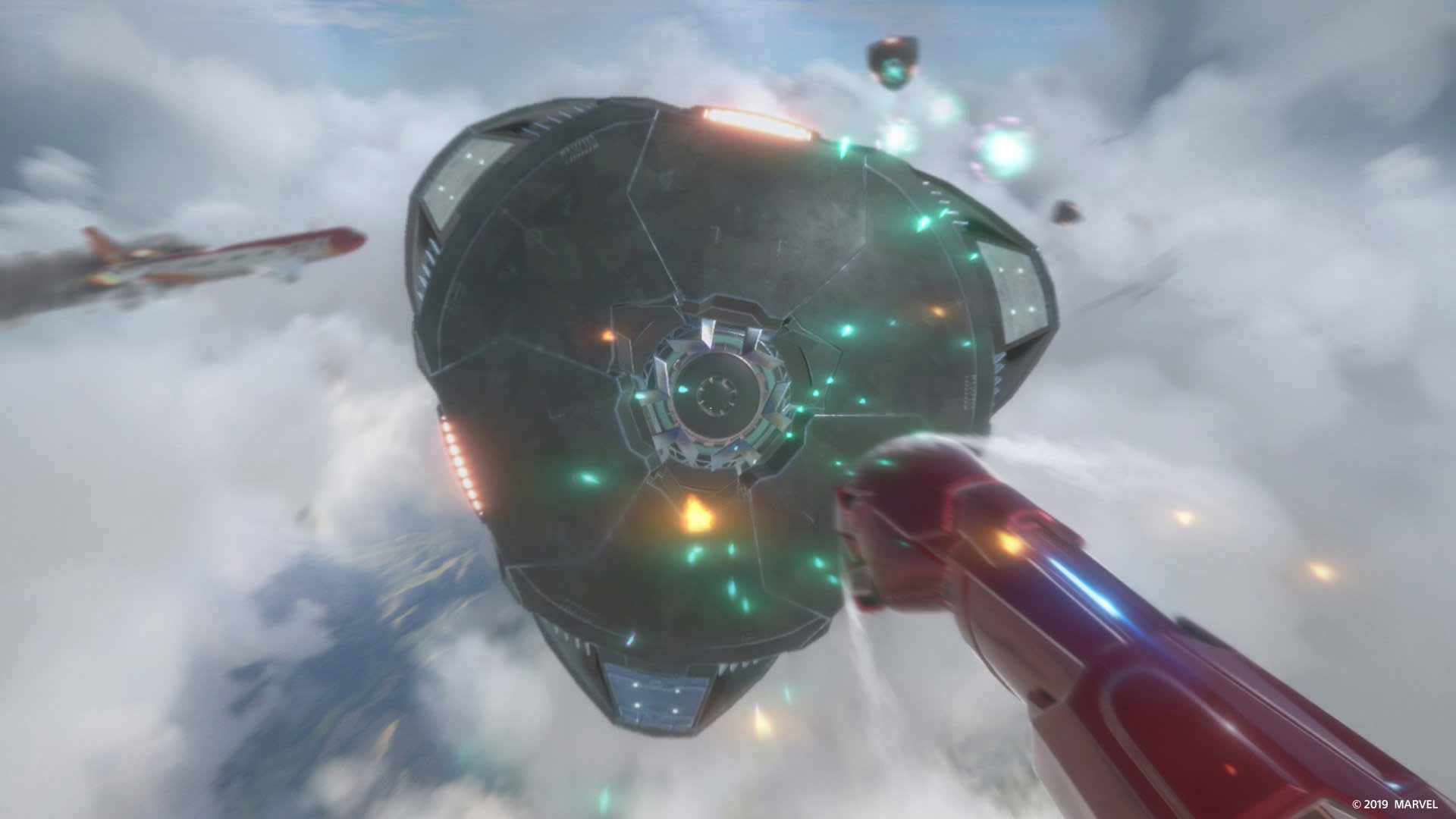 To shoot, you’ll extend your arm and hold the Move controller in front of you. Although you’re not physically opening your palms, the general positioning of your arms, coupled with the rumble feedback on the controllers, really goes a long way towards thinking you’re shooting those energy blasts.

You can aim and fire each repulsor individually, which gives you more freedom in how you take down enemies. Altogether, this part of the demo is where Iron Man VR really came alive, blending flight and combat mechanics to create a dynamic, thrilling experience.

If I have any complaints from the demo, it’s that I sometimes found it difficult for the camera to keep up with the high-octane action. Sometimes I crashed into a rock because I couldn’t get my line of sight to change in time. To be fair, I do chalk up part of this to my own initial attempts to get accustomed to the whole experience. As a whole, Iron Man VR does very much feel like an easy to learn, difficult to master kind of game. 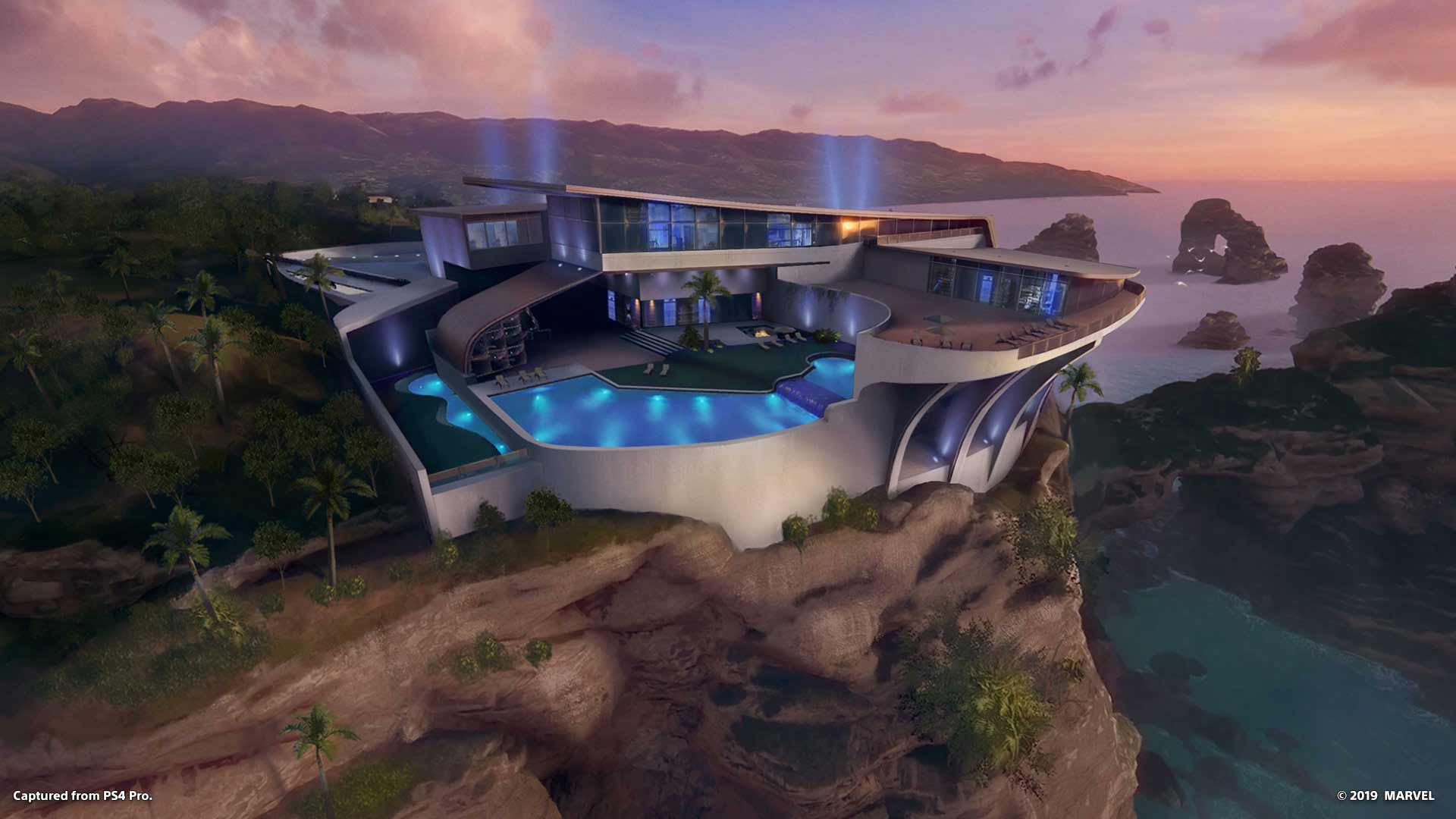 Camouflaj promises that Iron Man VR will be a full-length game, but it remains to be seen just how much content is in the final product or who well it all comes together. Likewise, I’m wondering how the game’s story and characters will be handled outside of this small slice of gameplay. To be sure, what I saw had solid writing and voiceovers, with clear emphasis being drawn from Tony, Pepper and F.R.I.D.A.Y.’s Marvel Cinematic Universe counterparts. However, I’ll need to see how that all fares beyond a short training mission.

For now, though, the core mechanics prove to be rock-solid. It feels like a cliché to say it, but the game truly does make you feel like Iron Man. Even if the overall product doesn’t end up being up to snuff, Marvel’s Iron Man VR offers an excellent simulation of an iconic superhero.

Marvel’s Iron Man VR will launch exclusively on the PlayStation VR sometime in 2019.