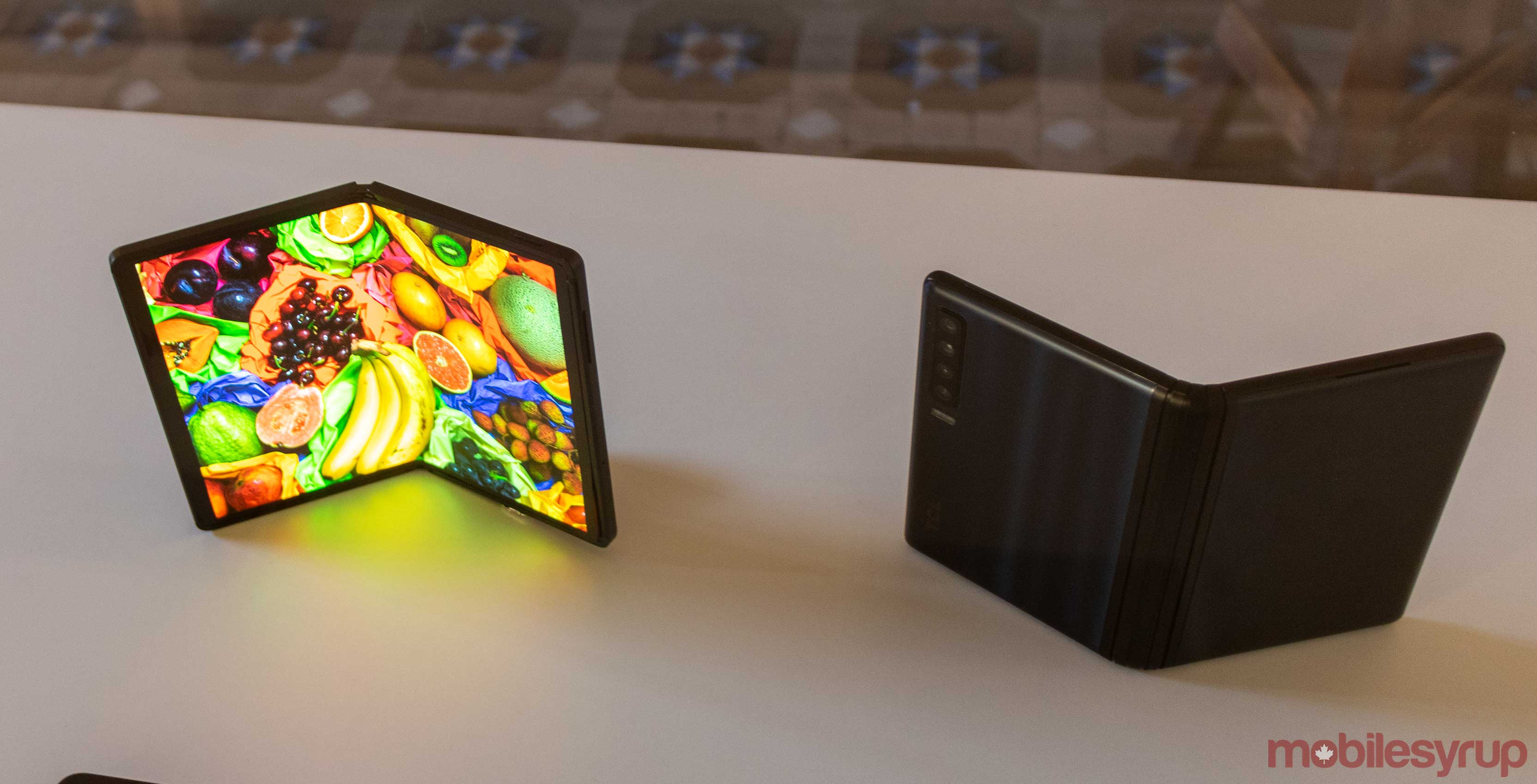 While TCL doesn’t hold a significant portion of the smartphone industry, the company isn’t backing down.

TCL will launch its first 5G smartphones at the end of the second quarter of 2020. The handsets will be the T1 5G and the T1 Pro 5G. Afterwards, in Q3, TCL will launch the FlexTab, a smartphone with a flexible AMOLED display. 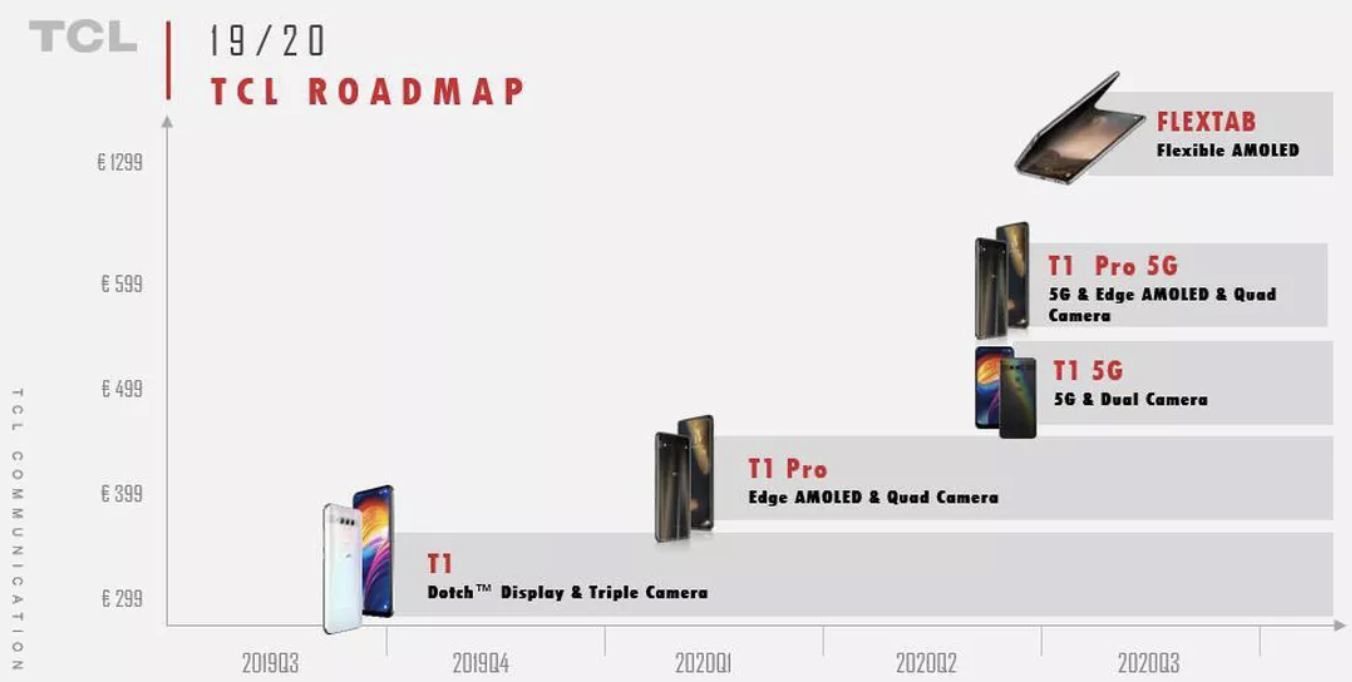 So when TCL launches its FlexTab, the phone shouldn’t cost a mountain of money, like the upcoming Huawei Mate X and the Galaxy Fold.

The TCL roadmap also includes the T1, a smartphone that the company is set to announce at IFA in Berlin. The device features a 6.53-inch full HD+ screen with a camera cutout in the left corner. It also sports a Snapdragon 675-chipset, 6GB of RAM, 128GB of storage and a rear-facing triple shooter.

The rear-facing setup includes a 48-megapixel shooter, 16-megapixel camera and 2-megapixel lens that likely acts as a depth sensor.

It also sports USB-C, a rear-facing fingerprint scanner and a 3,820mAH battery with fast charging.

Following the T1 is the T1 Pro, a smartphone set to launch next year with quad cameras and an ‘Edge AMOLED’ display.

The aforementioned T1 5G will sport a dual-camera setup and a 5G modem, while the T1 Pro 5G features quad cameras an edge AMOLED display and a 5G modem.