Just like the accessory manufacturer has in the past with the release of other flagship Samsung smartphones, Spigen’s Galaxy Note 10 and Note 10+ lineup features one of the best and most diverse cases offerings around. 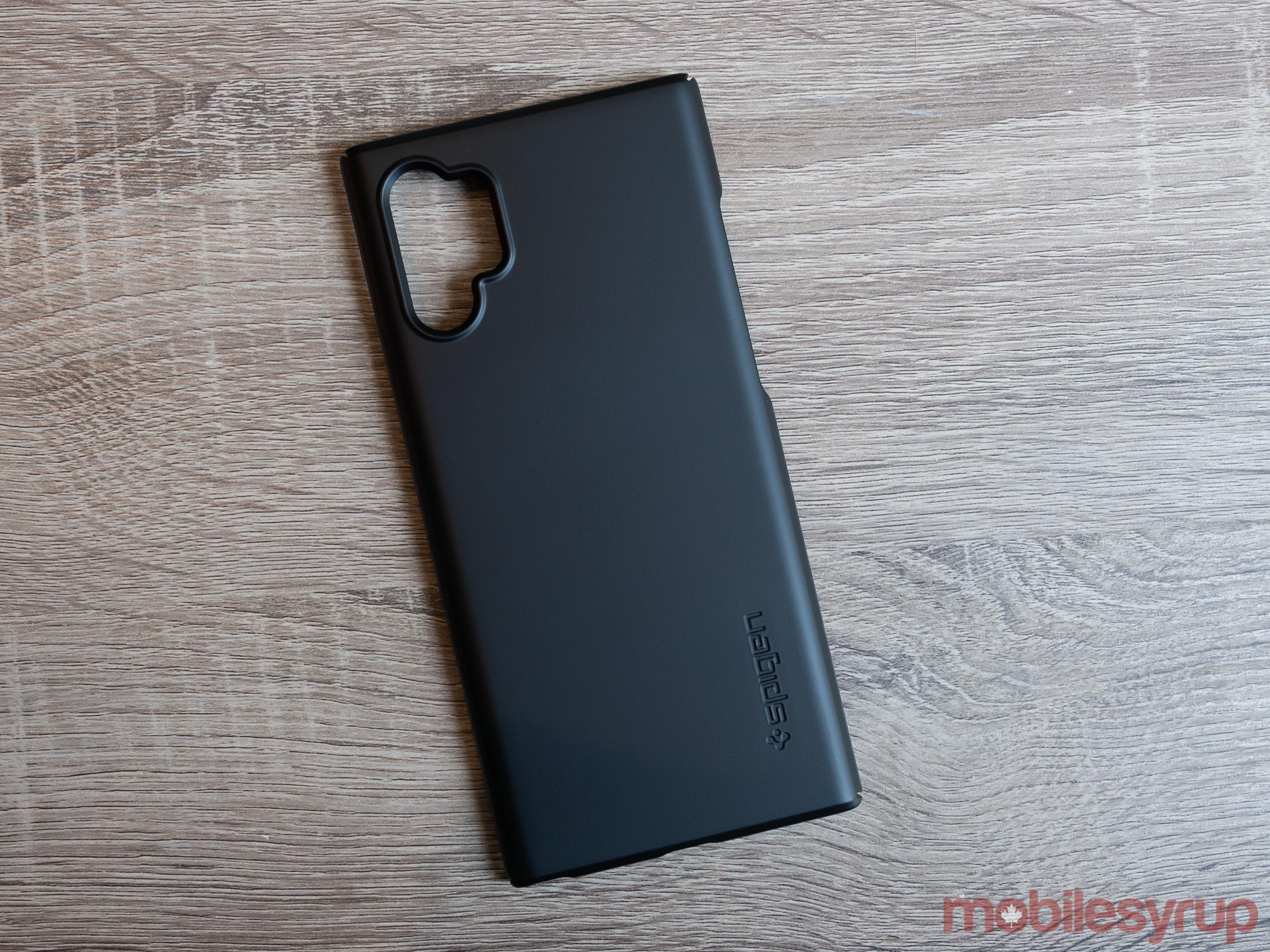 As always, Spigen’s Thin Fit case is one of the manufacturer’s thinnest, most minimalist Galaxy Note 10/Note 10+ frames. Though the case doesn’t feature a ton of protection, it’s thin, lacks bulk and most importantly, features precise button cutouts. Similar to other Spigen cases, the Thin Fit is also Qi wireless charging compatible. 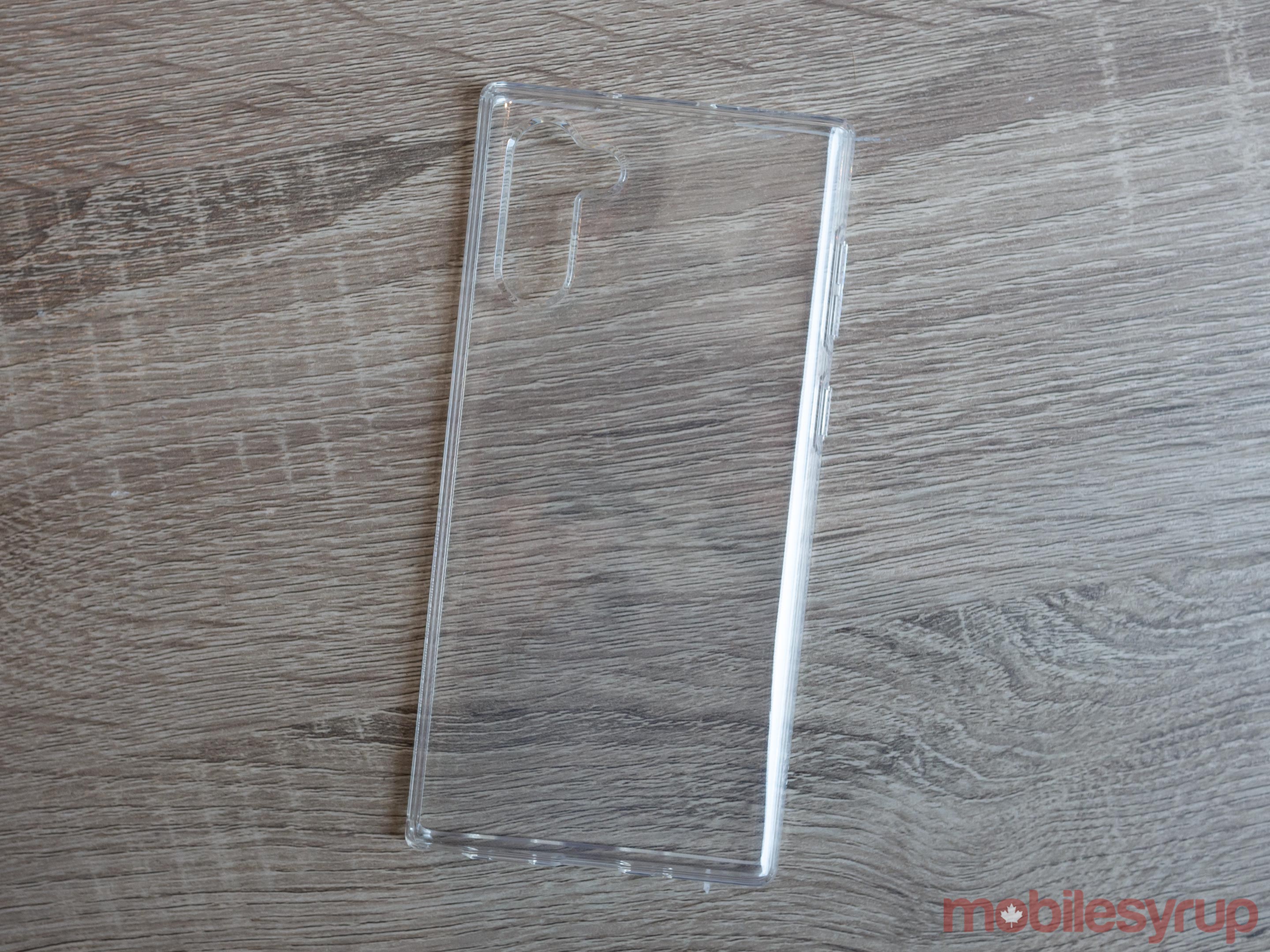 If you want to show off the look of the Note 10 but still want to protect the smartphone, Spigen’s Liquid Crystal case is what you’re after. It’s a clean, grippy, simple case that protects the smartphone but still shows off its unique look and sleek body thanks to its transparent rear. 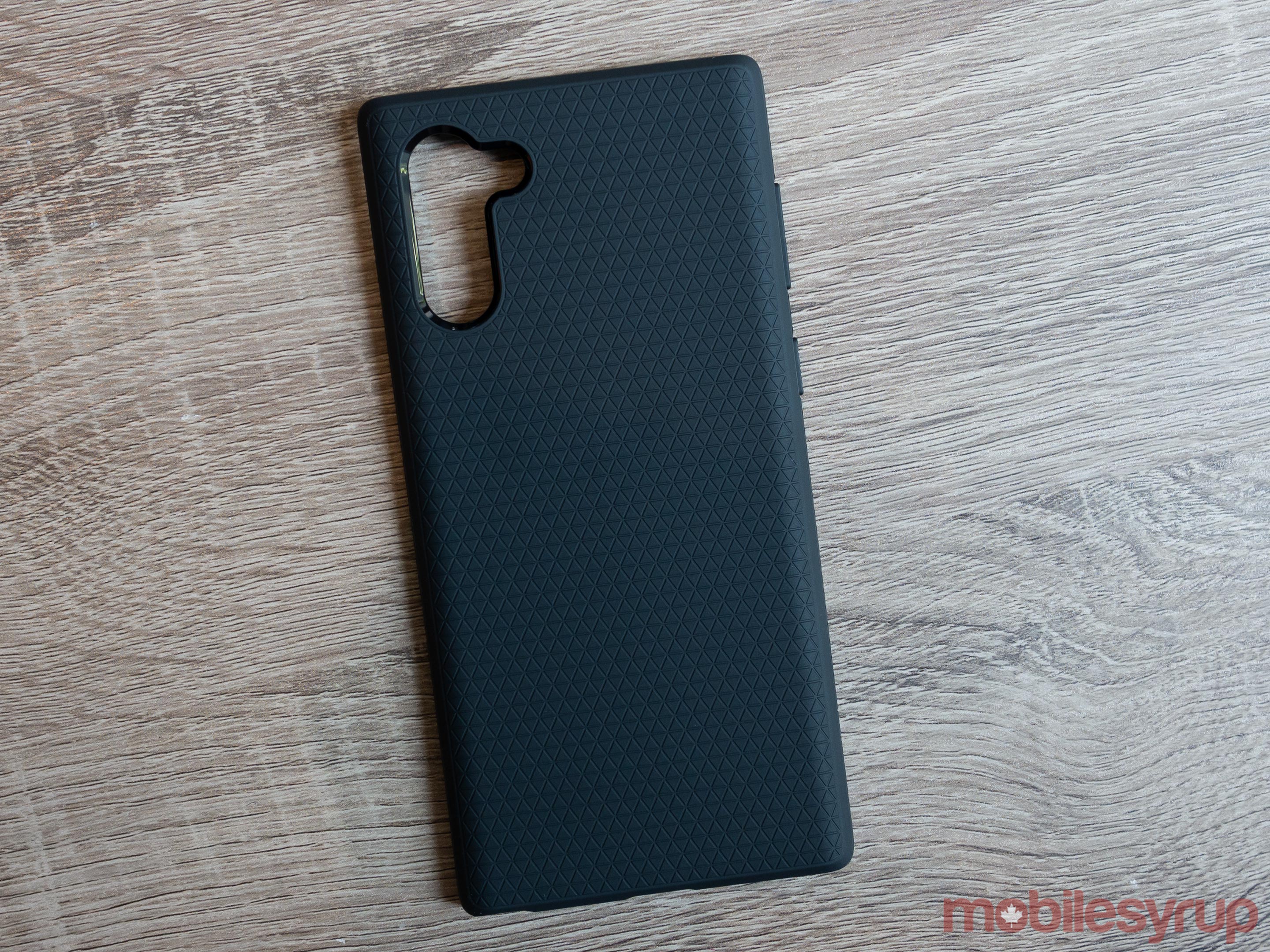 Spigen’s Liquid Air case features a shock-absorbing body, complete with a flexible layer that features the accessory maker’s Air Cushion technology. The rear of the enclosure consists of a matte black finish and a geometric pattern that gives the case a unique flair while still offering additional grip. 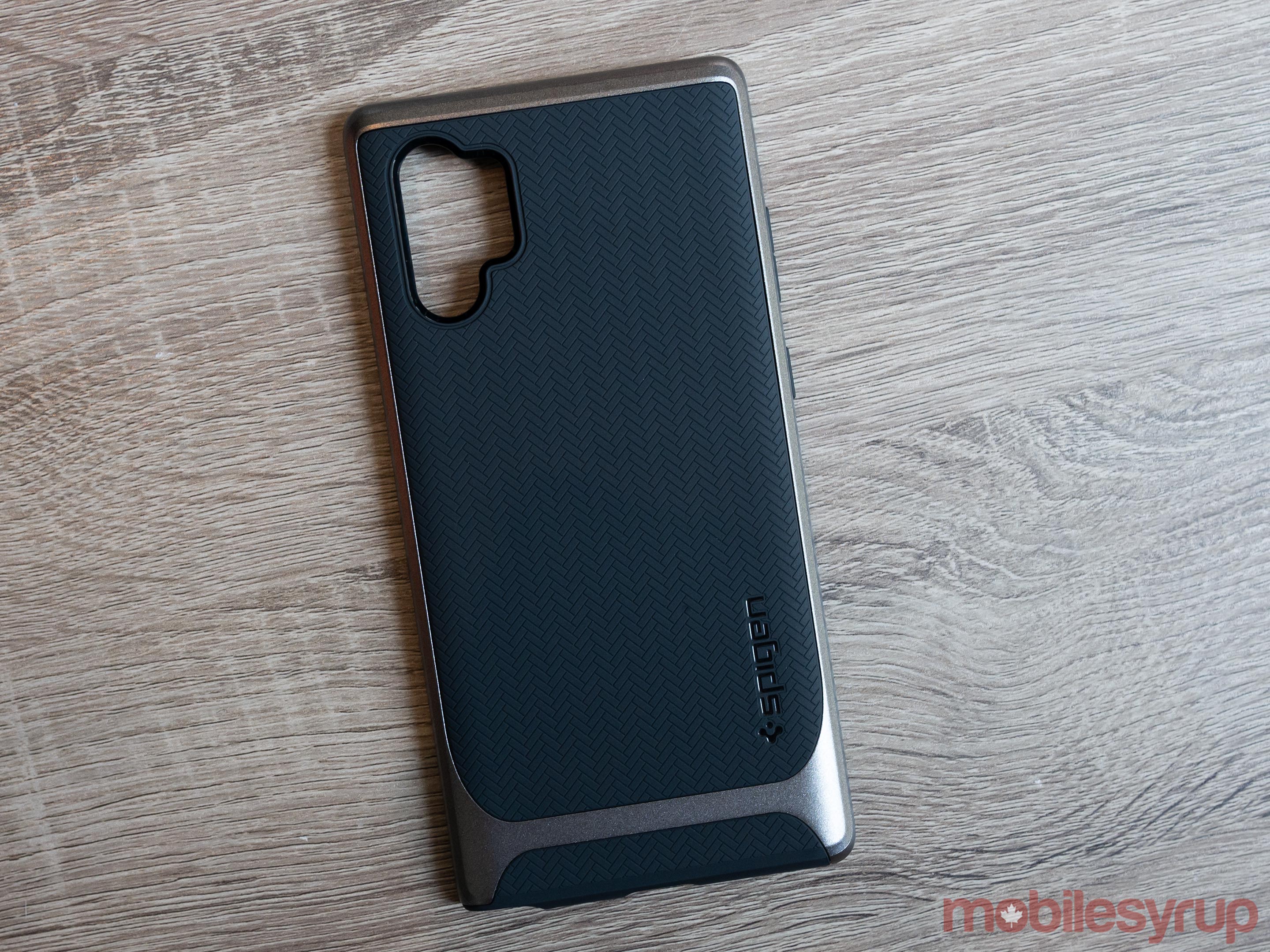 If you’re worried about dropping the nearly all-glass Note 10/Note 10+, then Spigen’s popular Neo Hybrid case could be for you. Along with a backing that features a geometric pattern for added grip, the case also features bumpers running along its edges. As far as a mix of style and protection goes, Spigen’s Neo Hybrid case is difficult to beat. 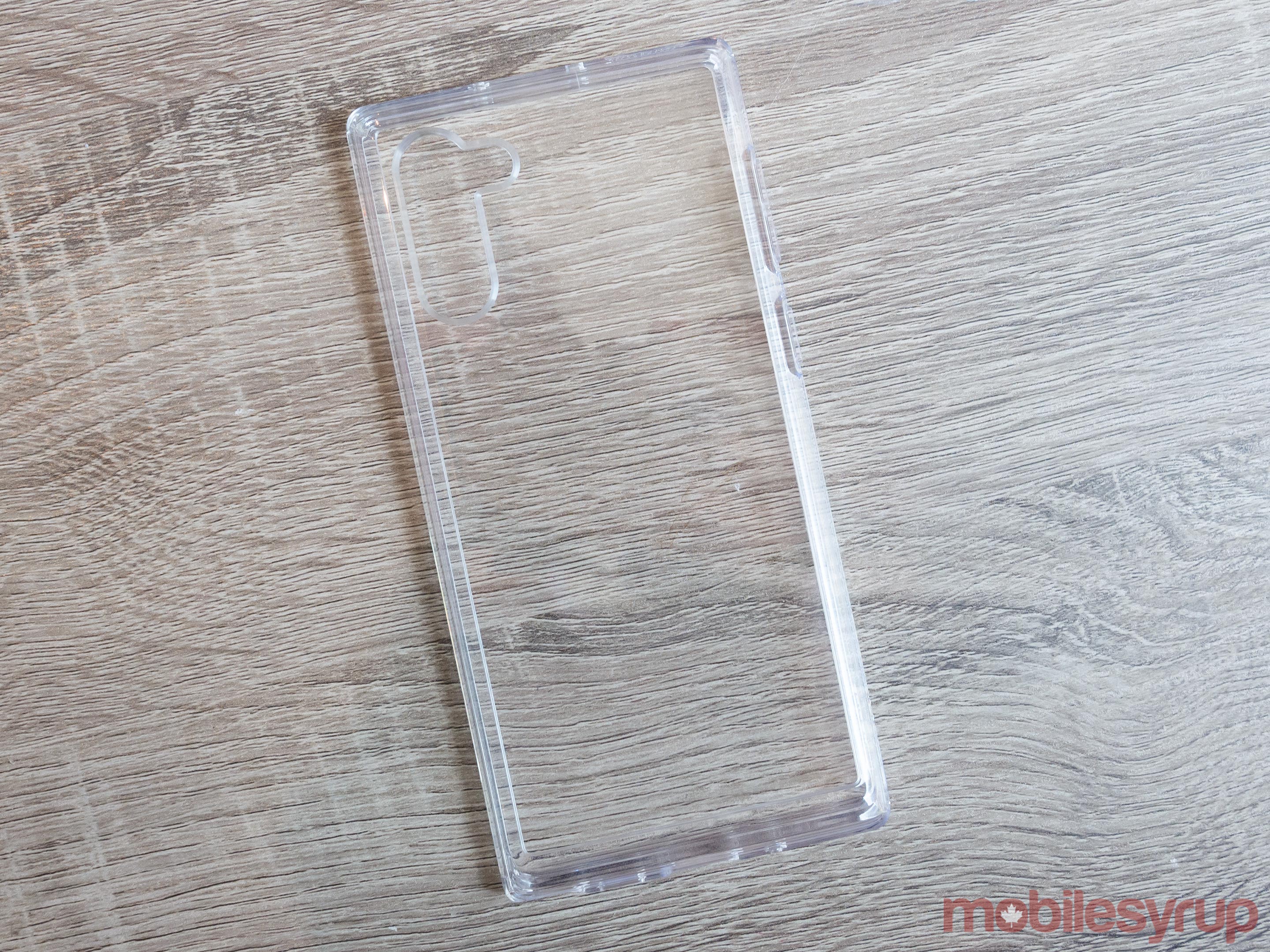 If you aim to show off your new Samsung flagship, but want more protection than what Spigen’s Liquid Crystal case offers, the Ultra Hybrid could be the Note 10 enclosure of your dreams. The case’s hybrid design combines a shock-absorbent bumper with a clear back that preserves the original look of the smartphone. 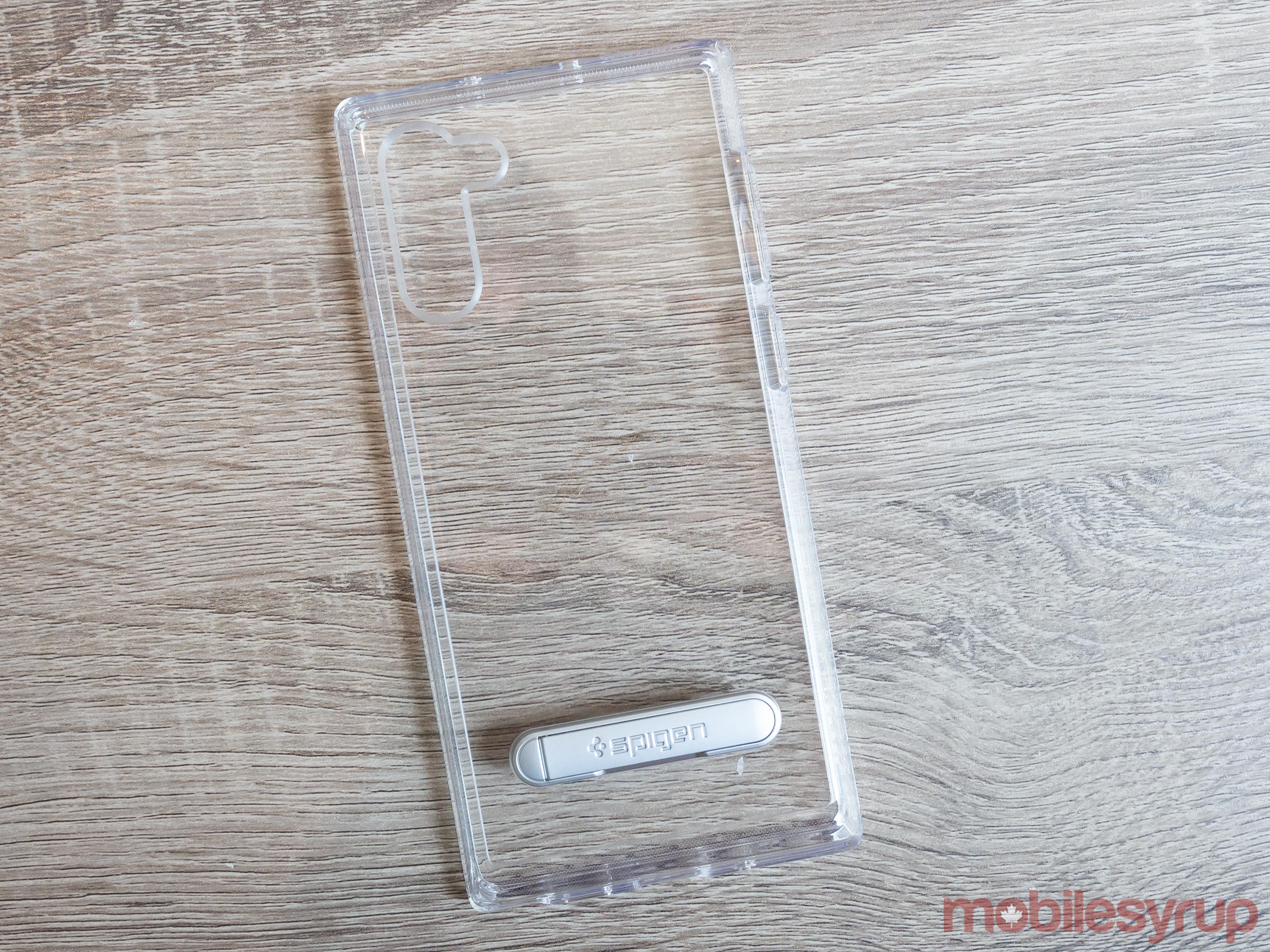 Along with still showing off the Note 10 and Note 10+’s look, the transparent Ultra Hybrid S also features a rear kickstand that’s great for propping the smartphone up on a table to watch videos. Similar to Spigen’s other case offerings, the Ultra Hybrid S features a shock-absorbent bumper with a clear back designed for long-lasting clarity. 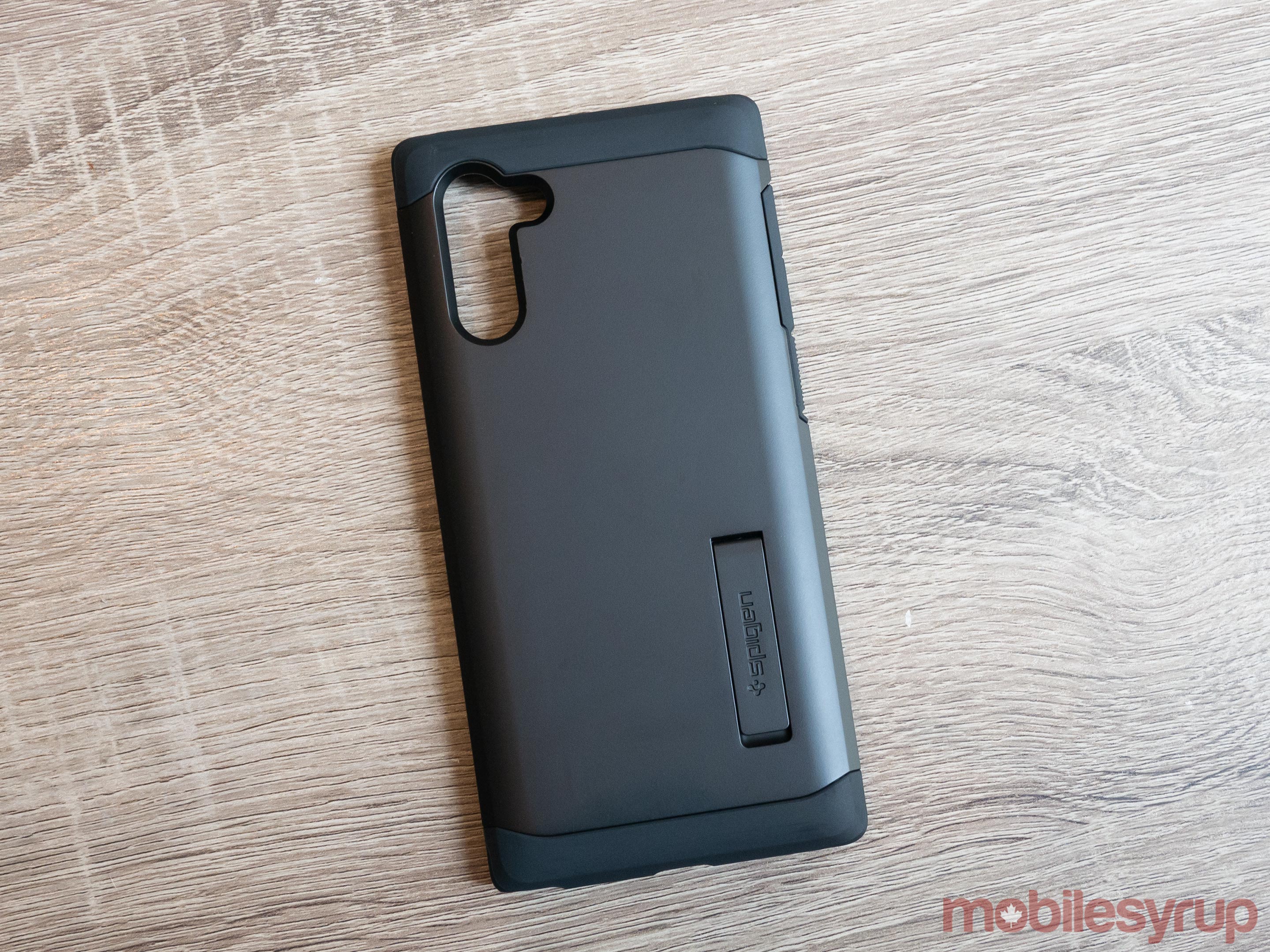 While the Note 10/Note 10+’s Tough Armor case is a little bulky, it also offers a ton of protection thanks to its dual-layer Air Cushion Technology design. Spigen says that the Tough Armor is the company’s most protective in its lineup. Further, the case’s built-in kickstand makes it great for hands-free viewing. It’s also grippier than previous versions of the case, which should help prevent accidental drops. 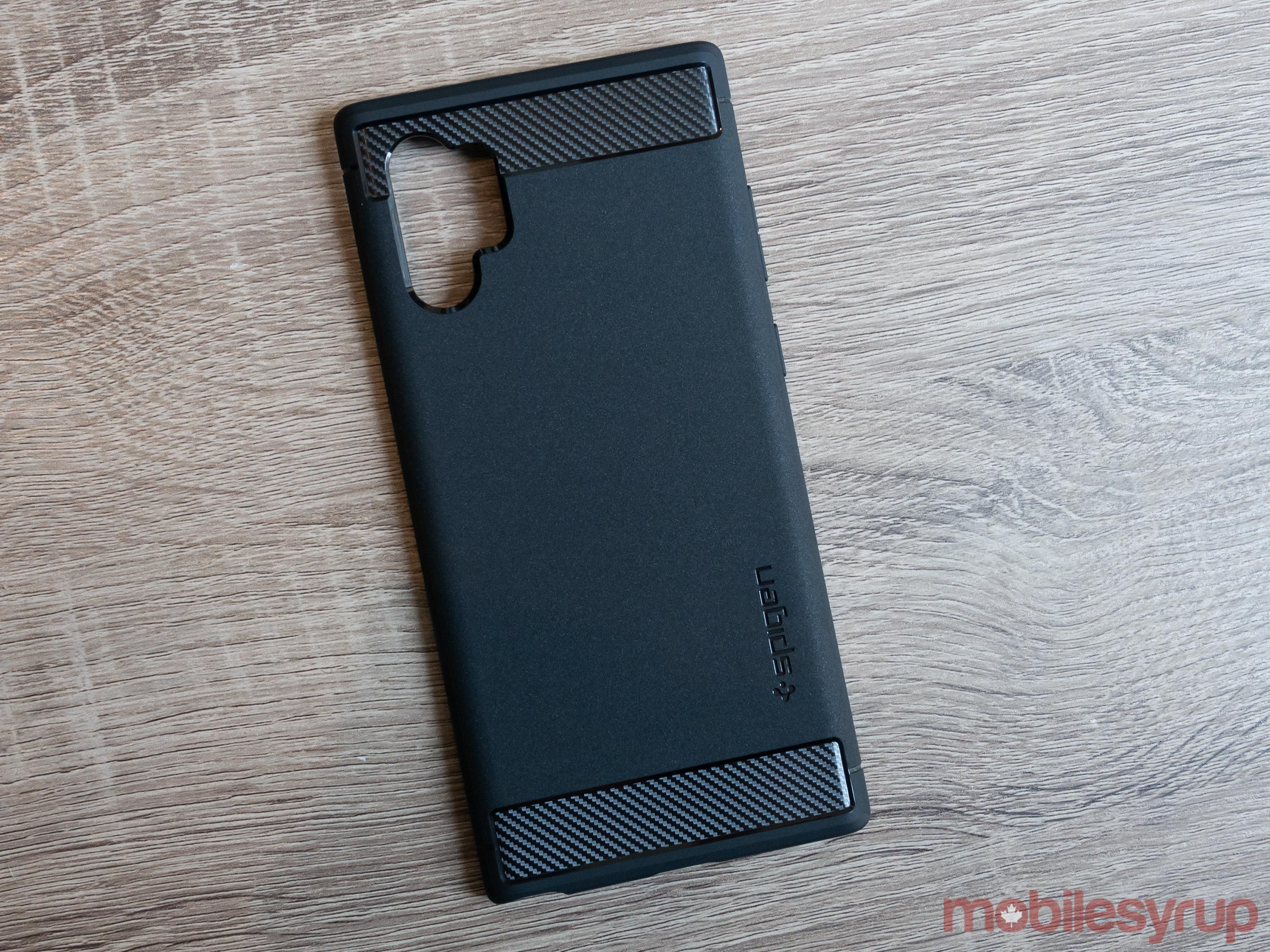 The combination of the Rugged Armor case’s carbon fibre detailing and matte black finish gives the drop-resistant case a very unique look. Each of the case’s four corners is packed with Air Cushion Technology, offering optimum shock-absorption in all situations. 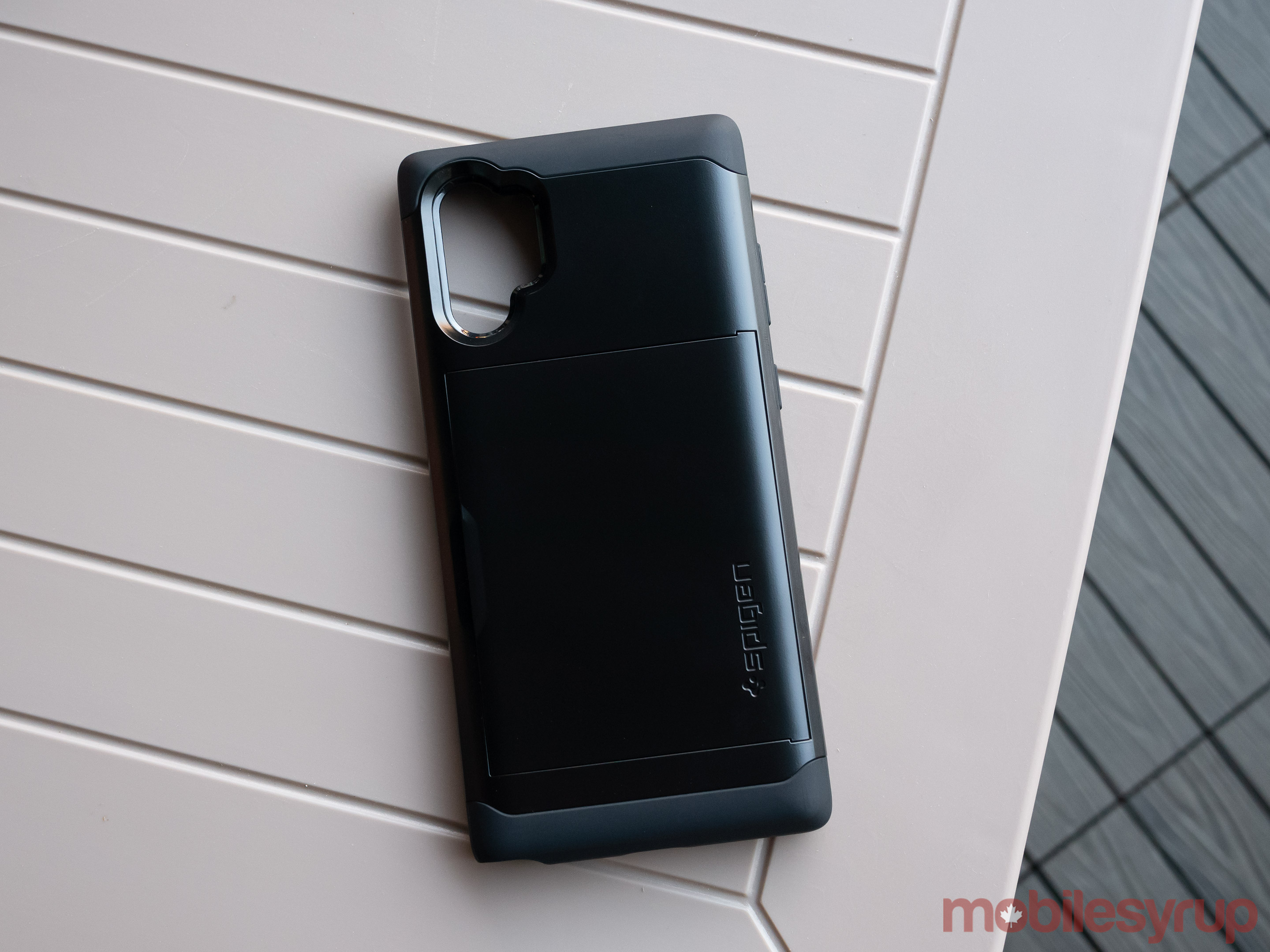 Spigen’s Note 10 Slim Armor CS case is perfect for anyone looking to ditch their wallet in order to only carry their phone around. Similar to Spigen’s other heavy-duty cases, the Slim Armor CS features dual-layer protection and precise button cutouts.

Samsung to launch Note and foldable handsets this year as planned