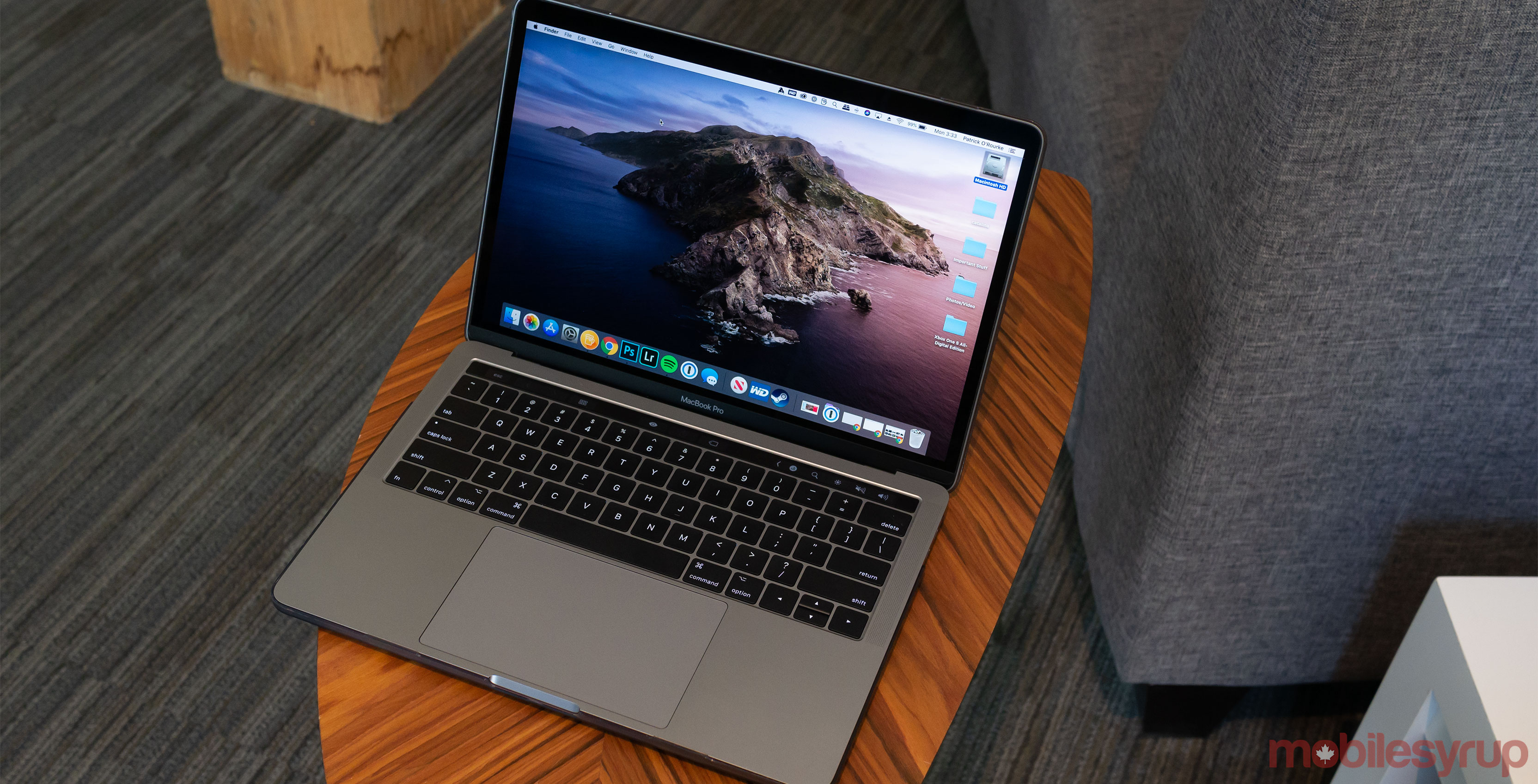 While Apple’s macOS updates are rarely as exciting as the new functionality the tech giant brings to iOS every year, the new version of the tech giant’s desktop operating system typically includes at least a few notable features.

With macOS Catalina, that trend continues with features like Sidecar, Screen Time and the long-overdue end of iTunes.

It’s worth noting the death of 32-bit apps with Catalina could be an issue for some users. For example, in my case apps like uTorrent, Scarlett MixControl and Lumix’s camera tethering app, no longer work on Apple’s desktop operating system.

To be clear, I haven’t encountered an app I use daily that hasn’t been updated to 64-bit, but for those out there with older, less frequently updated apps they regularly use, Catalina could create frustrating issues.

I also ran into a problem with Lightroom CC where Catalina caused Adobe’s photo editing app to no longer recognize my library because my MacBook Pro’s hard drive was listed incorrectly as ‘read-only.’ Thankfully, I was able to solve the problem by using the Terminal command ‘sudo mount -uw /’

I’ve spent the last few days testing out the macOS Catalina’s second developer beta, which should be similar to the upcoming public beta.

Here are my early thoughts on the operating system. 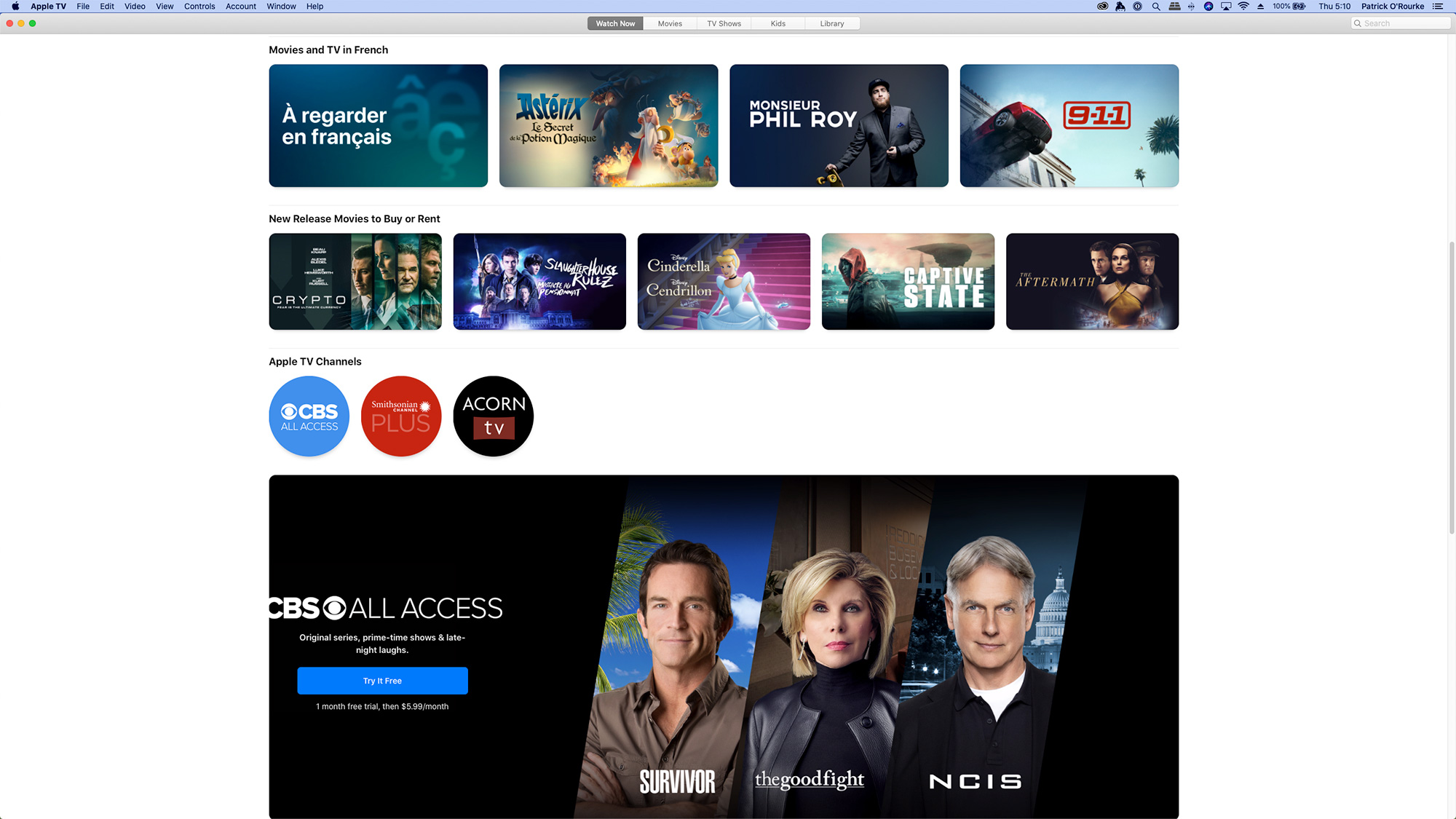 In a move that should have happened many years ago, Apple’s iTunes app is now finally dead. With macOS Catalina, Apple has broken iTunes up into three separate apps with far more modern user-interfaces.

First, there’s Apple Music, which takes over the desktop portion of Apple’s music streaming platform. If you’re still clinging to your downloaded iTunes music library, you’ll also be able to access that content from within the Apple Music app.

Then there’s the Apple TV app, which features all of the company’s movie and television show offerings, along with its upcoming premium Apple TV+ platform when it launches later this year.

Finally, there’s now an Apple Podcasts app, breaking the content away from iTunes and Apple Music. In stark contrast to Apple’s bloated iTunes platform, all three apps feature clean user interfaces that are simple and easy to navigate. It’s also worth noting all content is synced through iCloud. As a result, you no longer need to sync with iTunes to keep your devices up to date.

Though these three apps are only available in beta right now, they seem much faster than iTunes, at least at the outset. 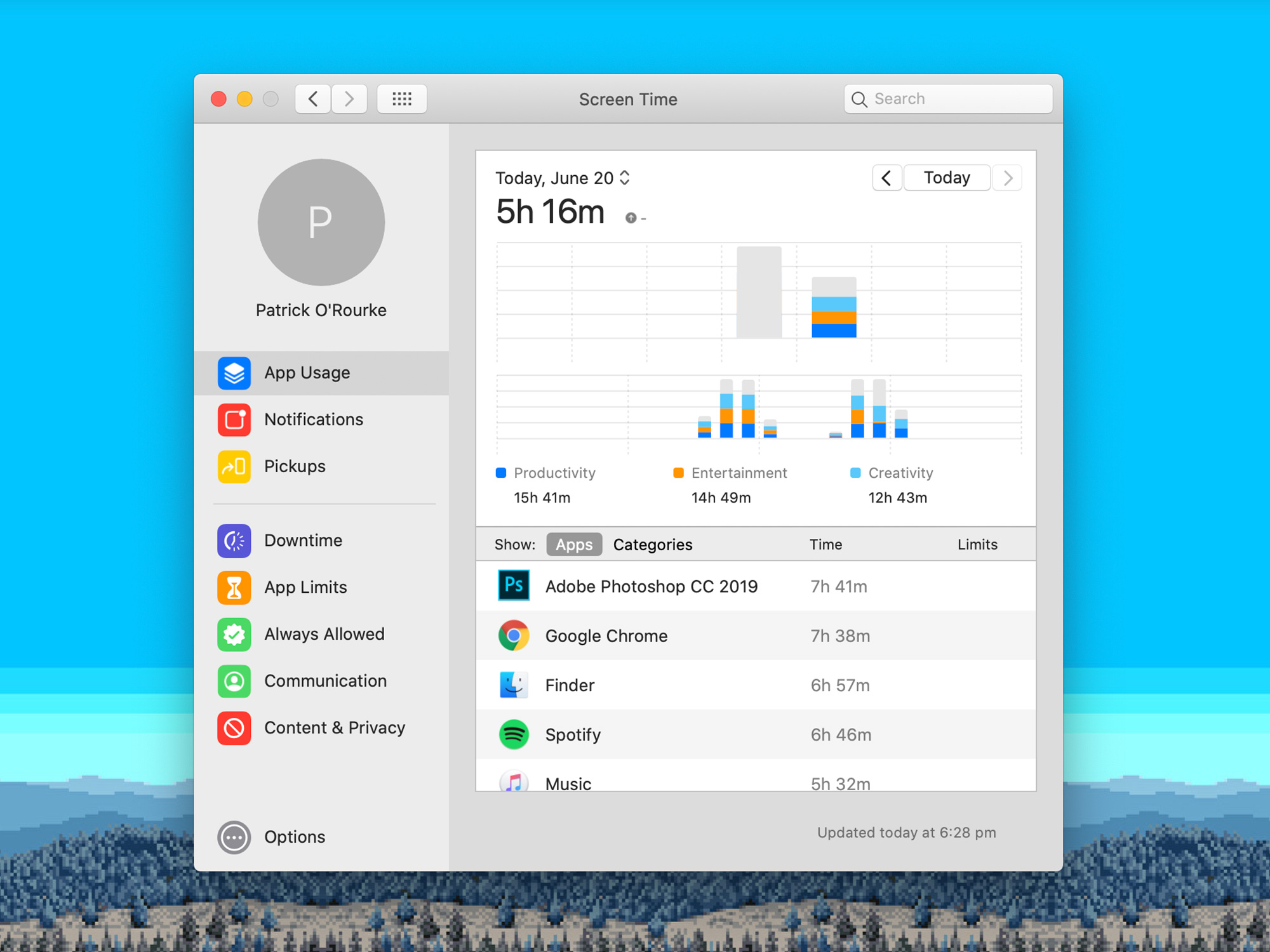 Screen Time on desktop is terrifying.

While not as useful as the iOS version of the same feature, realizing precisely how much of my day is spent using different apps is eye-opening.

That said, given I often have an app like Spotify or Photoshop open all day and running in the background while I’m working, the fact that both apps run roughly seven hours a day on my MacBook Pro doesn’t actually mean much. Hopefully, Apple changes how Screen Time for macOS Catalina works so it records how often you have an app open on your screen, and not just that it’s open and running in the background.

Screen Time for macOS Catalina also includes the ability to limit what apps certain users have access to, as well as restricting computer use with scheduled downtime. These two features could be beneficial for parents concerned with how often their children are using technology. 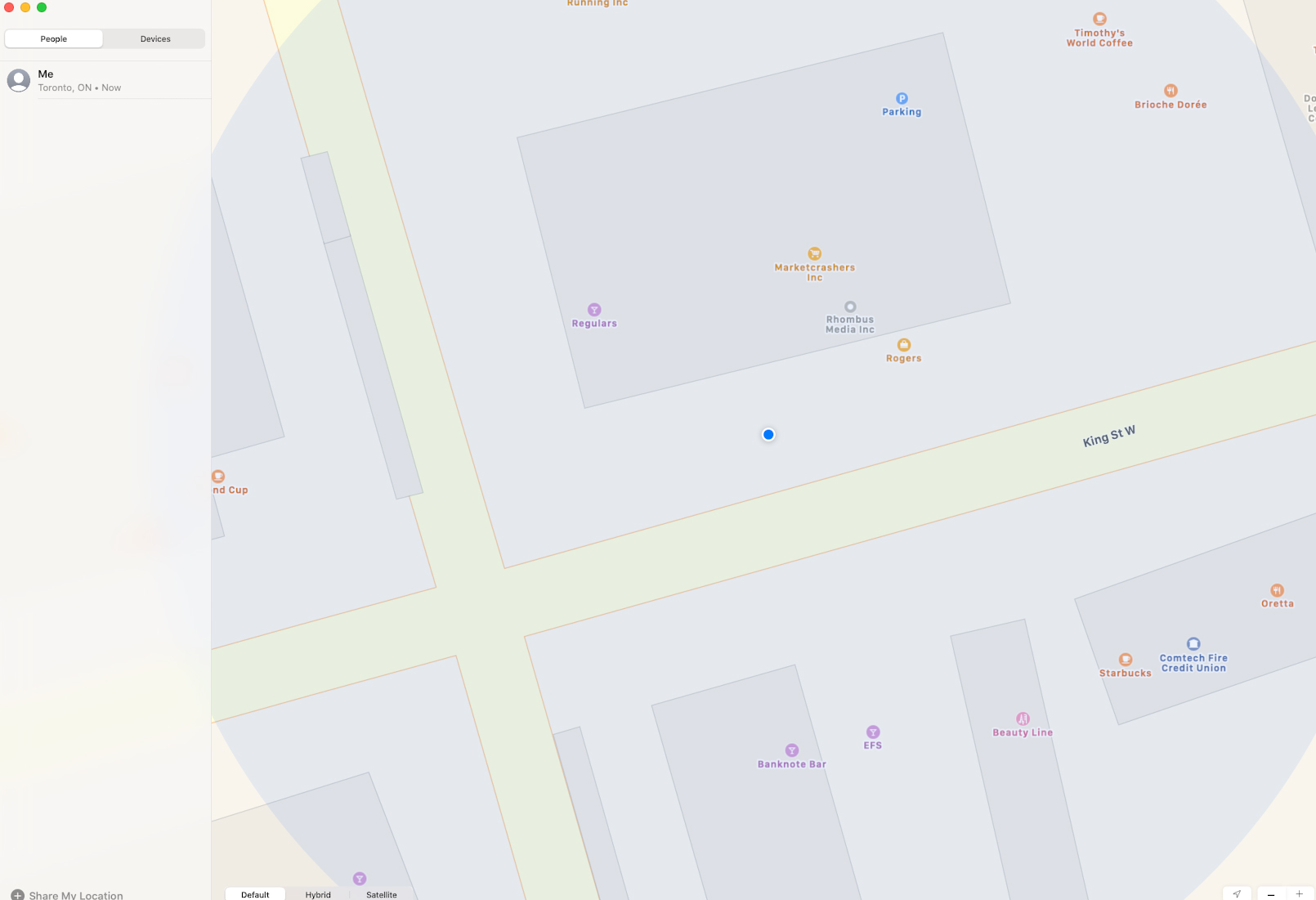 Apple’s new macOS Catalina ‘Find My’ app, which is also available on iOS 13, combines both ‘Find My Friends’ and ‘Find My iPhone’ functionality into one clean, easy-to-use app.

With Find My, Apple states users will be able to locate their Mac via Bluetooth even if it’s not connected to Wi-Fi. Apple says the feature is end-to-end encrypted and that the Bluetooth locating technology doesn’t alter the MacBook’s battery life.

While a relatively minor update compared to some of macOS Catalina’s other features, if your Mac gets stolen or you happen to misplace it, this new functionality could come in handy.

Apple also updated its Reminders app on macOS with a revamped design and additional features.

4. Apple commits to iPad apps on the Mac 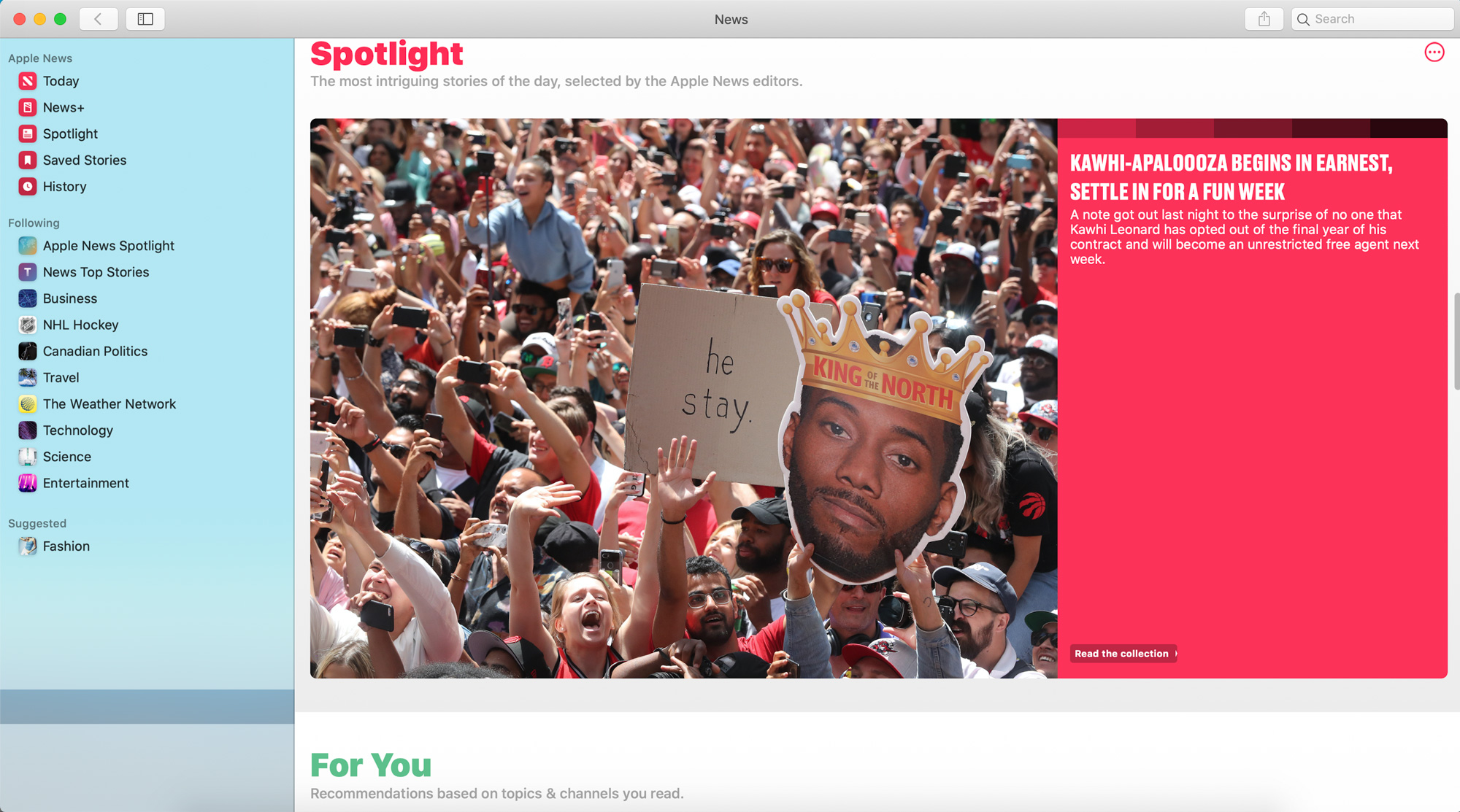 While Microsoft’s universal app strategy never truly panned out, if any company is capable of making it work, it’s Apple given the control the tech giant has over third-party app developers.

We caught a glimpse of iPad apps on macOS last year with Mojave and Marzipan. This year Apple is taking things a step further with a new suite of tools called Catalyst that allow developers to create apps that run across iPadOS and macOS without significant effort.

While most iPadOS-to-macOS apps likely won’t be worth using, this is still a good sign for Apple’s desktop app ecosystem. There are some iPadOS-only apps like Philips Hue app, various games and even order apps like Ritual that I’d likely use on macOS if they were available.

Apple’s macOS Catalyst apps currently include News, Home, Stocks, and Voice Memos, all iOS ported apps that were already available in Mojave, the previous version of Apple’s desktop OS. Apple software chief Craig Federighi has confirmed that all four of these apps will be updated based on Project Catalyst technology in the final version of Catalina. 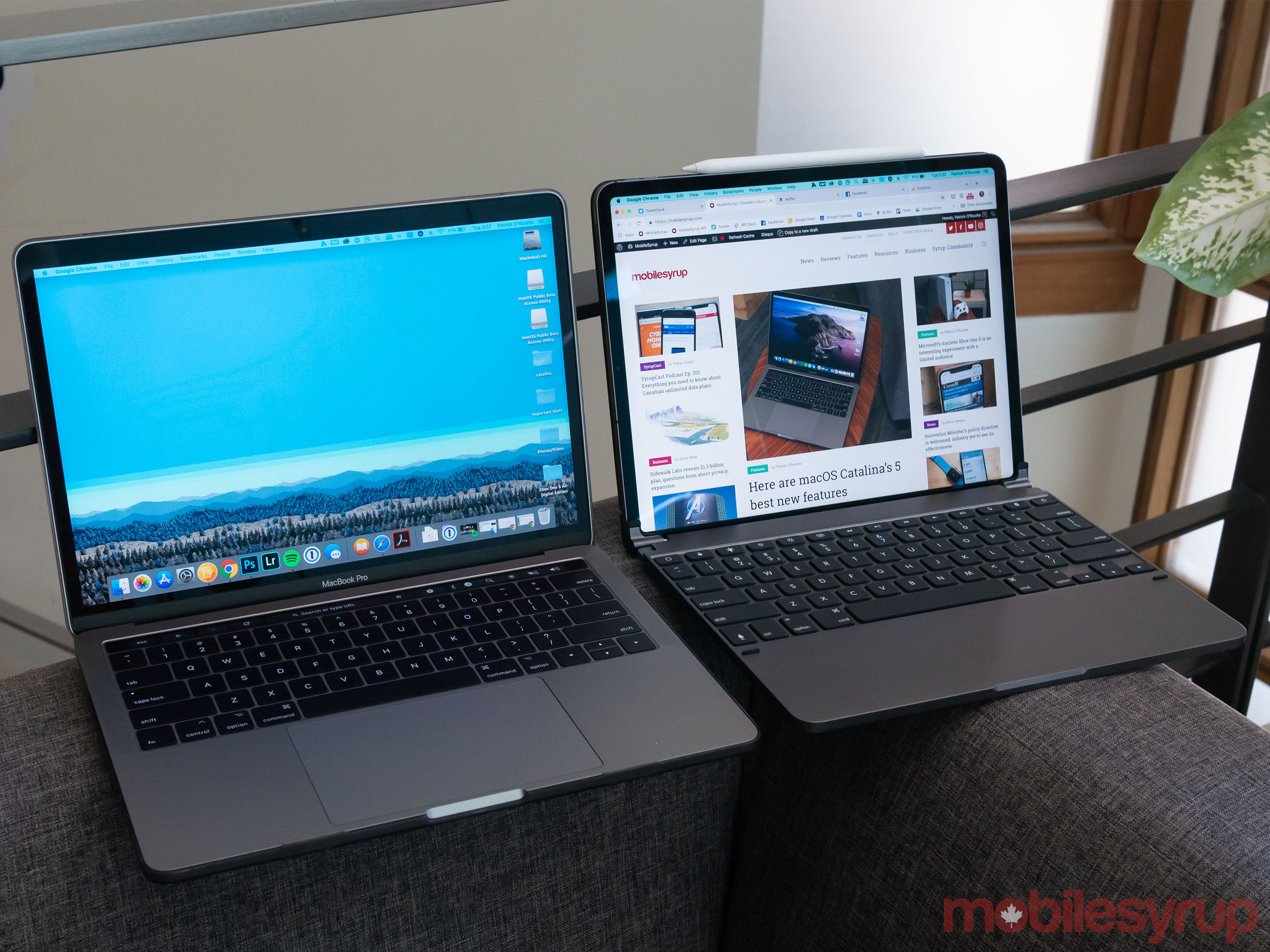 Sidecar is perhaps the most exciting feature coming to macOS Catalina and iPadOS.

I’ve spent the last few hours testing the feature with the iPad Pro (2018) following the release of iPadOS’ public beta, and despite encountering a few hiccups related to lag, my experience has been relatively solid.

That said, it’s strange touchscreen controls with the iPad are only compatible with the Apple Pencil and not with your finger. While this works great with apps like Lightroom CC where I’m typically using the Apple Pencil, sometimes I want just to close a window in Chrome by tapping on the iPad’s display.

Further, I’ve yet to figure out a workflow that makes sense for me when it comes to Lightroom CC photo editing, and I’ve found Adobe’s Creative Cloud suite to be a little janky in general when using the Apple Pencil. Hopefully, when Catalina is publically available later this year Adobe updates Lightroom CC, as well as its other apps, to run more smoothly with Sidecar and the Apple Pencil.

I also really like that Sidecar shows up as an app in iPadOS. This makes it easy to exit the extended or mirrored display and use the iPad like normal, which is something I’ve found myself doing more than I initially expected.

One of the more interesting aspects of Sidecar is it adds a Sidebar on the side of the screen that features ‘Command,’ ‘Option,’ and ‘Control’ buttons, along with a few other buttons that help with creative apps like Photoshop.

For example, if you’re using the Magic Wand tool in Photoshop, you can long press the virtual ‘Option’ key to switch the tool’s function to subtract a selected area instead of adding to it

I haven’t found either feature particularly useful, but you can also mirror the MacBook Pro’s Touch Bar on the iPad.

Update 06/25/2019: The story has been updated with hands-on impressions of Sidecar. macOS Catalina’s public beta is also now available.

With files from Bradley Bennett.