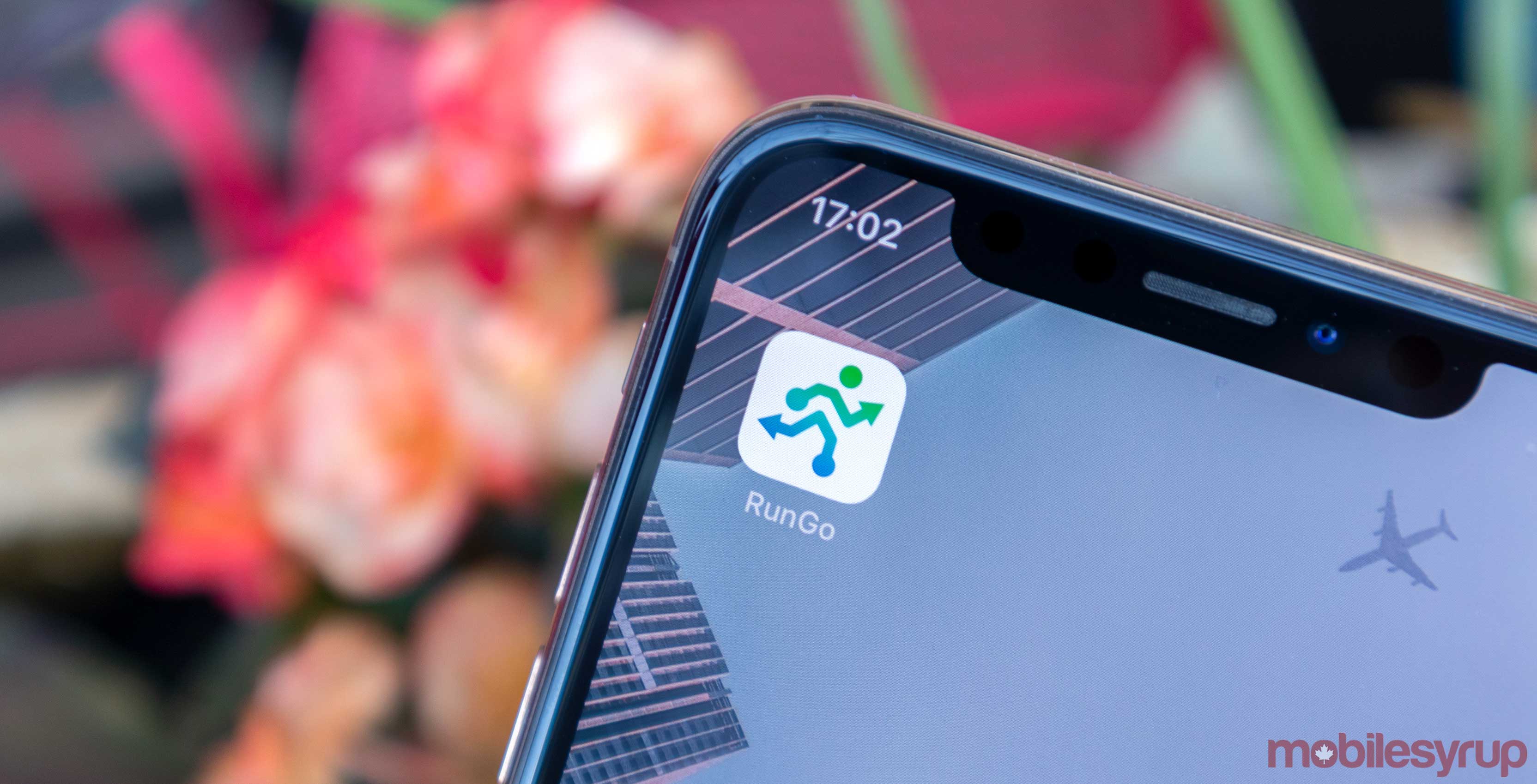 Apple has been presented the Canadian Helen Keller award for the company’s contributions to the disability of deaf-blindness.

Sarah Herrlinger, Apple’s director of global accessibility policy and initiatives, said in a recent interview with MobileSyrup that the Cupertino, California-based tech giant was honoured to receive the award and recognition.

“I think it shows some of the leadership we’ve done through the years. Apple has led the field in trying to include accessibility in our products and in particular for a case like this, to work with some of the groups that might otherwise be marginalized…,” said Herrlinger.

Herrlinger has been with Apple for 16 years, and during the past four, she’s held her current role as director of global accessibility policy and initiatives. Throughout her career at Apple she says one of the company’s core tenets has been to create products that work for “as many people as possible.”

“As we looked at the creation of the iPhone, knowing it was a touch screen device, one of the things that was important to use from the start is asking ‘are there people who would be left behind and how do we make sure that doesn’t happen?’” she said.

Herrlinger said Apple was one of the first companies to make touch screen interaction accessible to the blind community.

“When you think about the touch screen, it’s a piece of glass and has little tactile feedback, so making something like that work as well for members of the blind community as anyone else, was very important to us,” she said.

She noted that when a product is designed at Apple, from the very beginning of conceptualizing the accessibility team is brought in to talk about how the product will be utilized by individuals in all communities.

“Disabilities or limitations do not come from the individual with the disability. It tends to come from the society around that person,” she said, referring to a thought process she was told very early on in her career by a close friend who is deaf and blind.

“At Apple, we consider accessibility to be a basic human right and a value. We have tried to lead by example in the best ways we can and if that makes other people think about it more, then great,” she said. “It’s not just one company that should do this, because we all need to be thinking about it. It is something that affects everyone in the world.”

Apple being presented the award coincides with Global Accessibility Awareness Day, which falls on the third Thursday of every May.

Running made easy with accessibility features in RunGo

It’s also worth noting that when someone says they’re blind, it doesn’t necessarily mean they can’t see anything. It just indicates the degree an individual can see is limited to a certain percent.

This is what Rose Sarkany, an avid runner, explained. Sarkany is both hearing and sight impaired.

“Most people have 175 degrees of vision. I now have approximately five degrees. So it’s like a very small tunnel vision,” the 55-year-old explained in a phone call.

Sarkany explained that her vision started to degrade as she got older and her doctors have told her that it will progressively get worse.

“It was disheartening to think that I would have to quit running because I really have come to love running, especially trail running. I just don’t want to be that person that gives up,” she said.

She said before she started using the app, which launched in 2014, she would often get lost on runs. 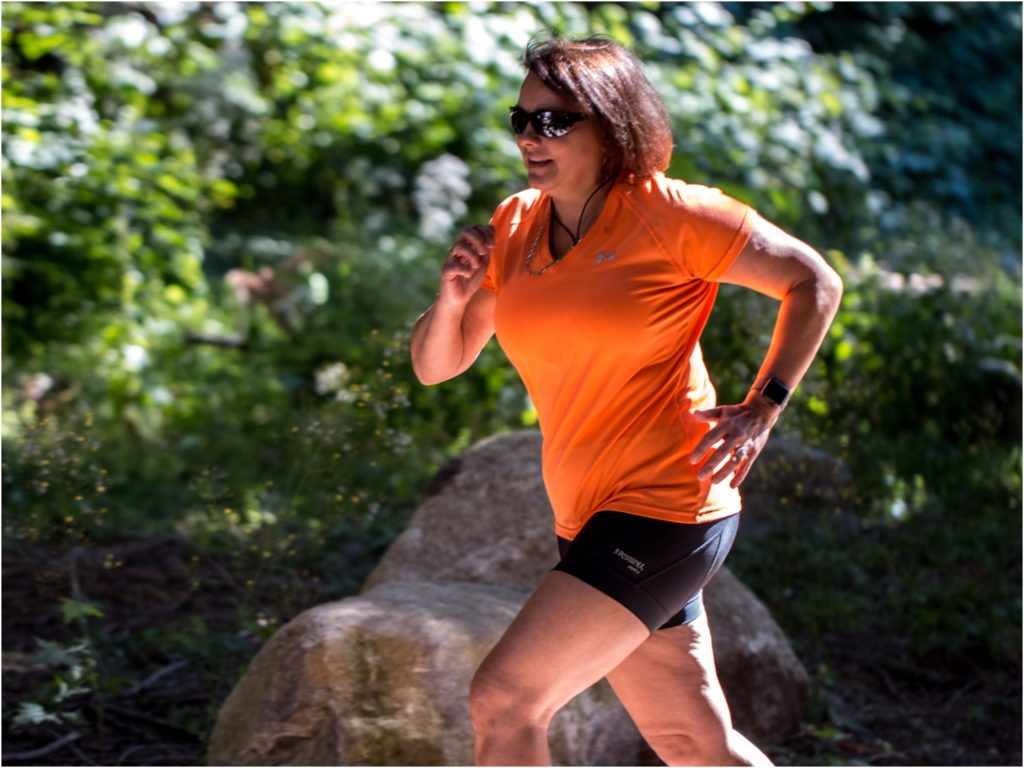 “It was very easy for me to miss streets because I can’t really see signs and turns,” she said.

The app’s founder, Craig Slagel, said in a phone interview that the inspiration for the app was to create something that regular runners could use, but also happened to include capabilities for those who have disabilities.

He met Sarkany at a runner’s expo in Vancouver and from that moment felt she would be able to help in developing accessibility features for the app.

“We got a lot of feedback and from the very beginning we had good use of voice from her in trying to make the app as accessible as possible,” he said. “I wanted to make a hands free eyes-free experience.”

Slagel said after a few iterations of the app, they included haptic feedback and augmented reality.

With haptics, the user will get a small vibration shortly after a direction is announced. Slagel said many times runners might miss their cue to turn, so the short vibration helps.

Slagel said he also attended Apple’s Worldwide Developers Conference (WWDC) a couple of years ago. He explained that this is when the team decided to include AR in the app. Apple’s WWDC 2019 this year is coming up in June and MobileSyrup will be on the ground covering the event.

“People assume that when you’re blind it’s black, but legally blind people have a certain amount of vision…and for Rose, it’s like looking through a straw,” he said. “With the AR feature, people who get confused when they get to intersections and they’re trying to figure out where to go, the AR feature will overlay a nice big ‘right’ arrow over the street you turn on…”

Sarkany said the app made her feel “like a regular runner.”

“Accessibility should be a necessity and not an option and I think that’s what Craig and RunGo app are doing. It’s making a necessary thing for everyone and it’s nice to see technology be so inclusive,” said Sarkany.