Apple News is officially launching in Canada next week 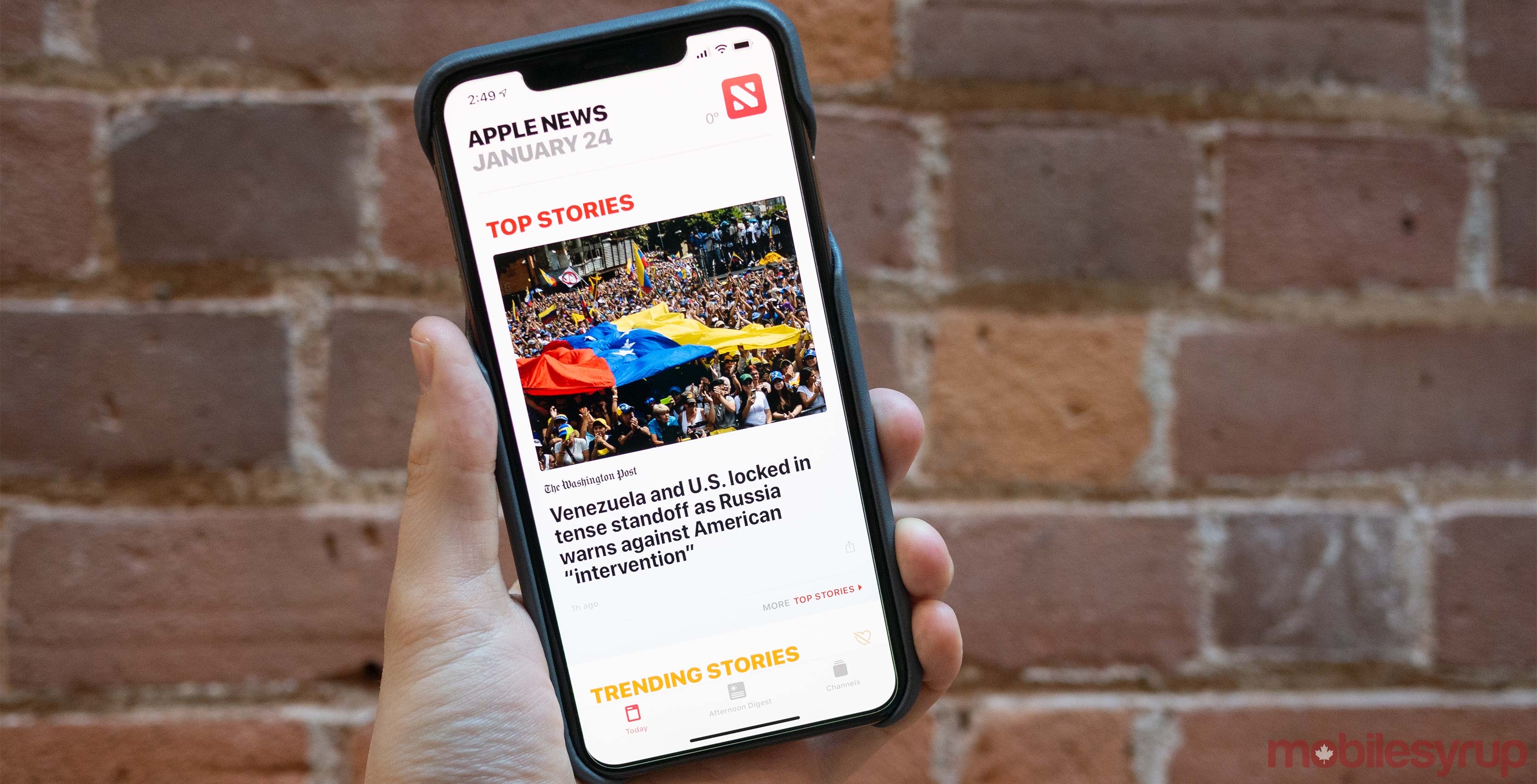 Apple News is set to officially release in Canada next week at some point between January 28th and February 1st, according to The Canadian Press.

Apple News is launching in English and French and will first feature content from CBC, La Presse, CTV News and the Toronto Star. The Canadian Press says this list will eventually grow to include other publications as well.

Further, Steve Maich, the former senior vice president of publishing at Rogers, will reportedly lead the Apple News operation in Canada. Maich previously was the editor for Sportsnet Magazine and Canadian Business.

Apple also confirmed publishers will be able to sell subscriptions directly through Apple News but did not share what the tech giant’s revenue cut is. With the iOS App Store, Apple takes a 30 percent cut of all transactions made through the platform.

Apple News is the Cupertino, California-based tech giant’s news aggregation platform. The app launched in the United States alongside the release of iOS 9 back in 2015.

“Apple News will be available in Canada with iOS 12.2, and is now available for Canadian users on the developer beta. Apple News in Canada supports both English and French. Readers can access a bilingual experience when they follow a channel in a second language.”

Given Apple typically releases developer beta updates followed by a public beta and then the finally the public version of the software, Apple News releasing in Canada next week makes sense given the company’s track record.

Back in September of 2018, The Logic reported that Apple was preparing to launch its news aggregation platform in Canada, with the company reportedly starting the process of hiring an editorial staff responsible for curating Canadian content.

We’ll have more on Apple News in the coming weeks.