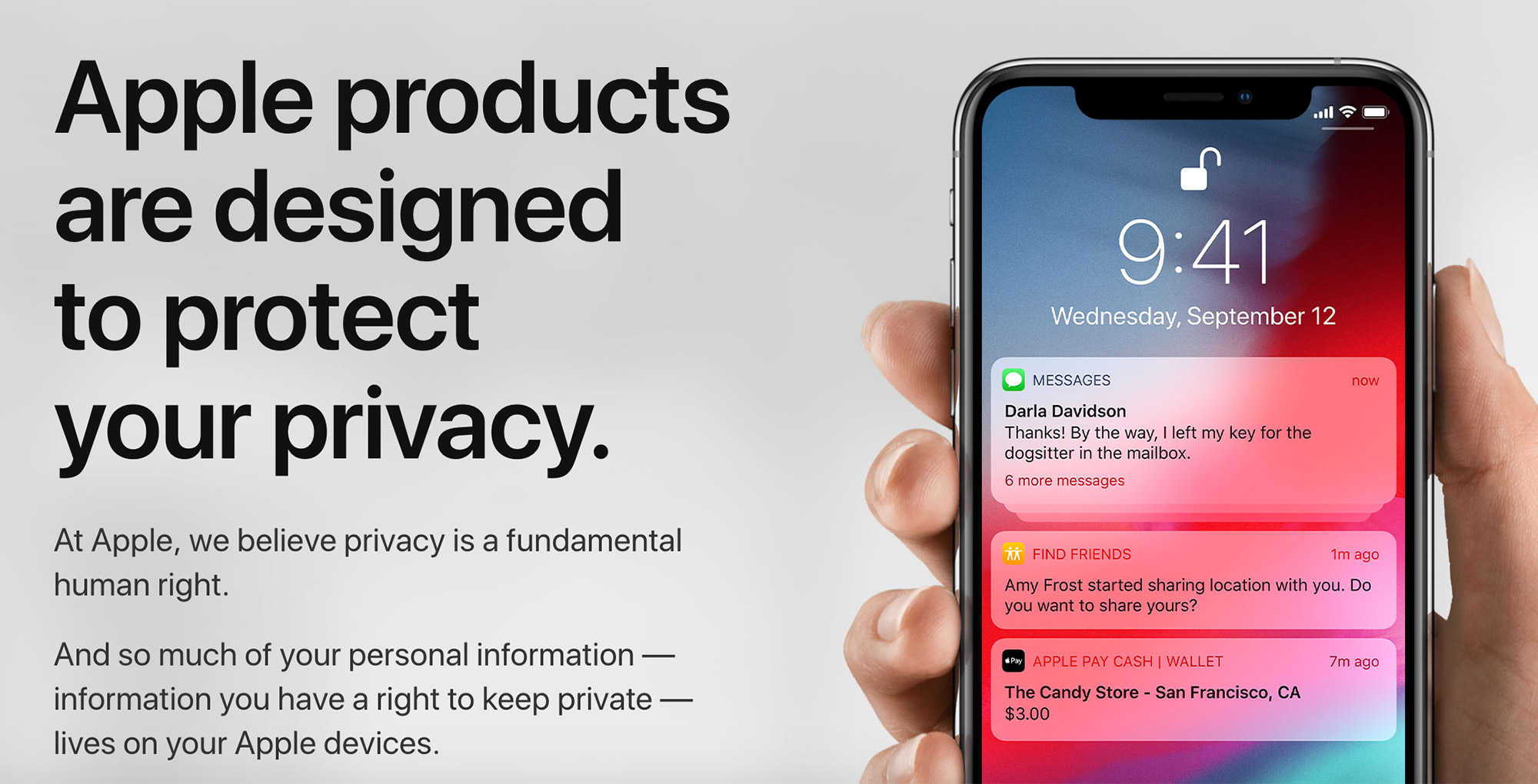 Apple has updated its privacy microsite in an effort to educate users about the measures the company says it taking to protect personal data across its various products and services — a familiar narrative the tech giant has put forward over the last few months in the wake of the Cambridge Analytica-Facebook scandal.

Further, Apple launched a new system allowing users to request a file outlining all of the personal data they’ve shared with the tech giant.

The updated page reflects Apple’s new rule requiring all new and updated App Store apps to include a specific privacy policy. The change went into effect on October 3rd. Prior to this date, Apple only required apps that accessed personal information to include a privacy policy.

It’s worth noting the privacy features discussed below aren’t necessarily new given that iOS 12 launched back on September 17th, and macOS Mojave dropped on September 24th. Apple’s updated privacy portal highlights the privacy-focused functionality added to the new versions of its operating systems last month.

Both iOS 12 and macOS Mojave, the latest versions of Apple’s mobile and desktop operating systems, feature improved versions of the company’s ‘Intelligent Tracking Prevention’ functionality. Now when a website creates a cookie or asks to store data identifying a user, specific consent is required as long as the user is browsing with Safari.

In the case of macOS Mojave, Apple says it’s more difficult for web-based tracking algorithms to identify a unique device fingerprint — an alternative way of tracking user activity that records information such as device type, display resolution and other factors, that also doesn’t require the use of traditional cookies.

Finally, Apple has added various other protections in the latest versions of its operating systems, including asking for user consent with macOS Mojave’s when asking for access to a Mac device’s built-in camera and microphone, including ‘Group FaceTime’ — which hasn’t officially launched yet — as well as Apple’s ‘Screen Time’ iOS 12 activity tracking feature.

Apple also emphasizes that it continues to view privacy as a ‘fundamental human right,’ and that it aims to always ‘minimize its collection of personal data.’

Apple’s CEO Tim Cook will speak at a 2018 Internation Conference of Data Protection and Privacy Commissioners on October 24th in Brussels, Belgium, according to the tech giant.

The tech giant’s new privacy page can be found at apple.com/privacy.