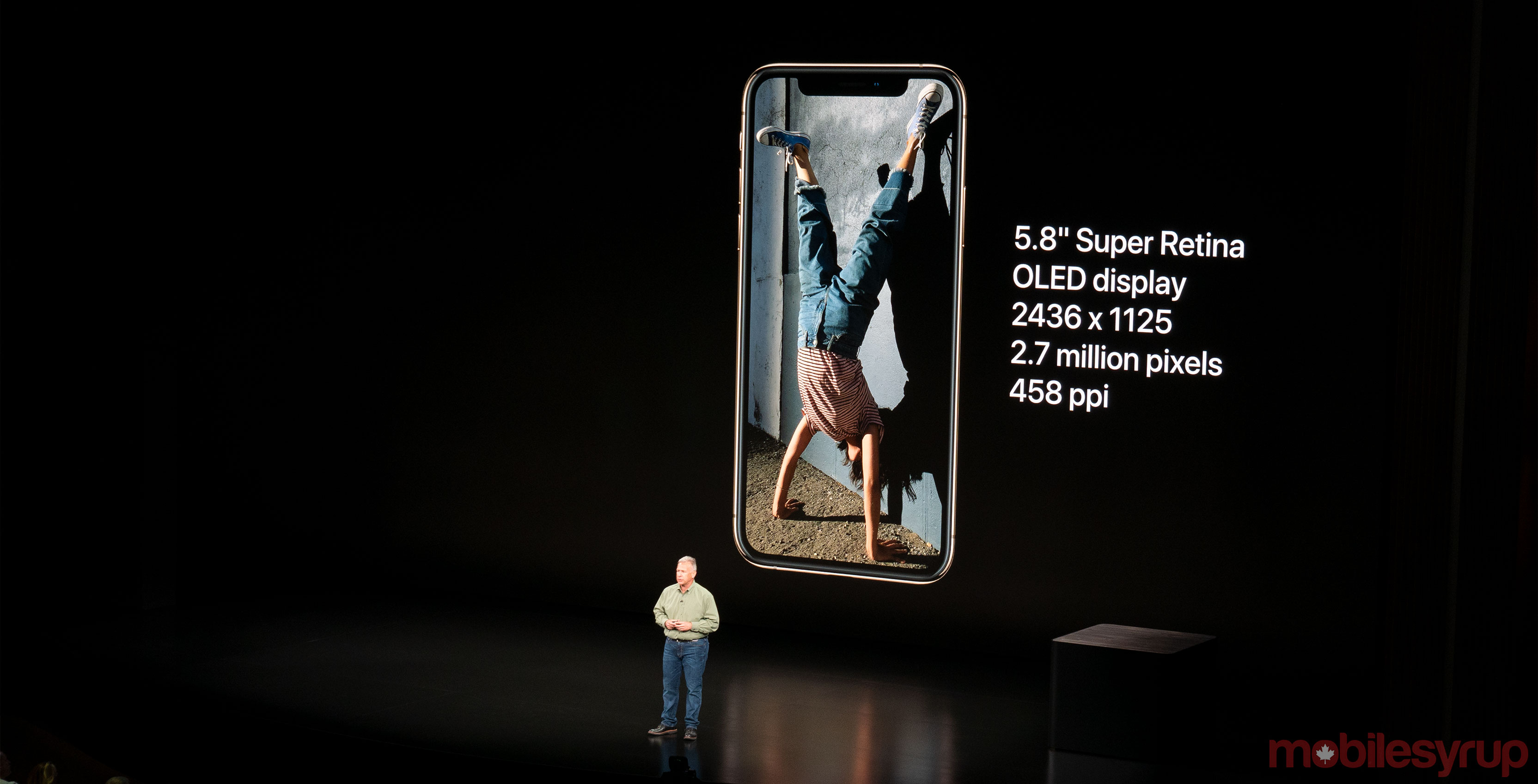 Apple’s newest pair of flagship smartphones are known as the iPhone XS and iPhone XS Max, the company announced today at its ‘Gather Round’ event in Cupertino, California. 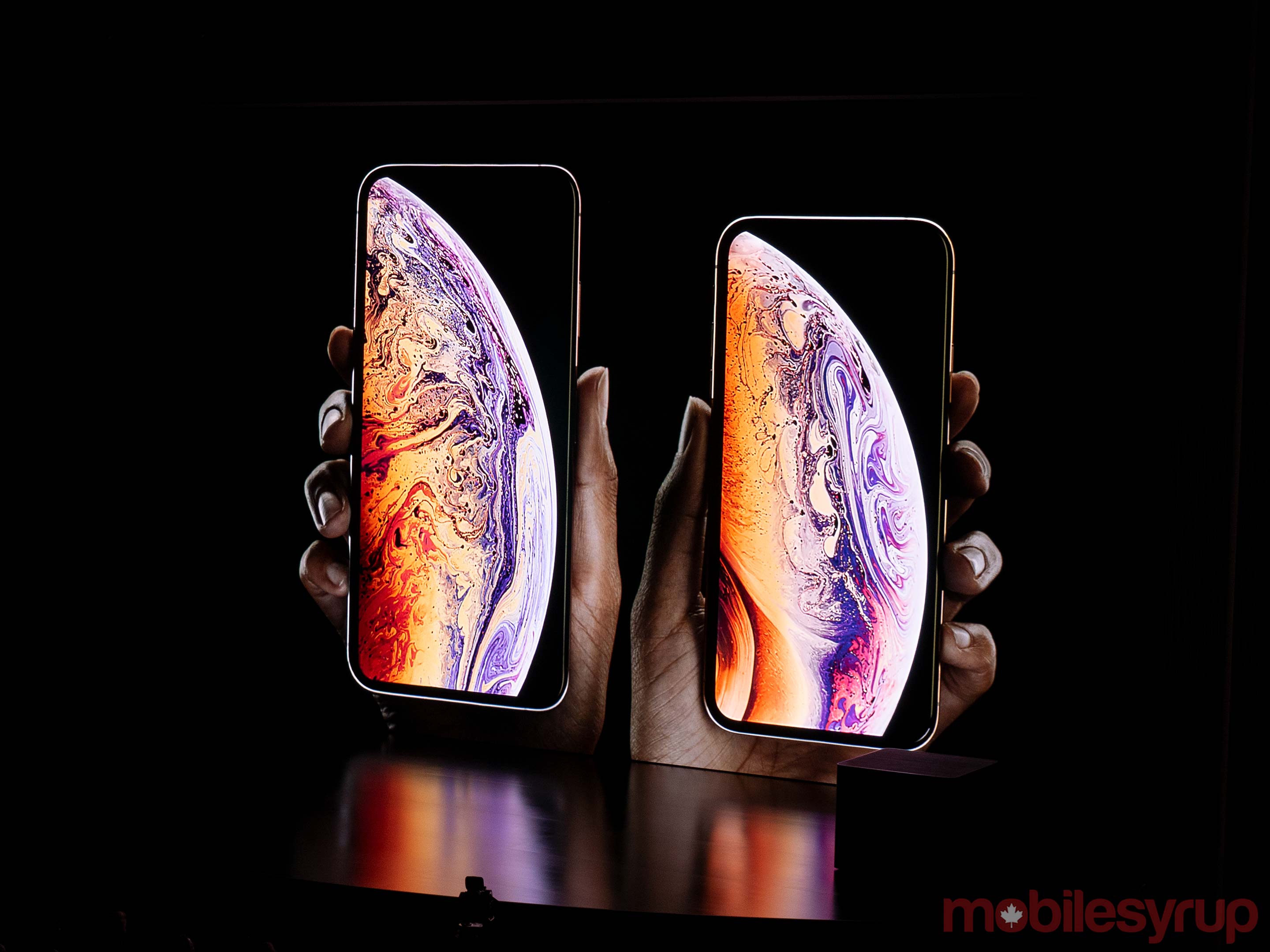 The iPhone XS features a 5.8-inch ‘Super Retina’ 2,436 x 1,125 display. Meanwhile, the iPhone XS  Max features a 6.5-inch 2,688 x 1,242 display. The latter is the largest iPhone Apple has announced to date. To put the size of the iPhone XS Max in perspective, when it comes out, it will be larger than both the iPhone 8 Plus and the recently announced Samsung Galaxy Note 9. In addition, both displays support HDR 10 and Dolby Vision, as well as 3D Touch, True Tone and a 120Hz refresh rate.

Apple says the glass on the new iPhones is the most durable ever featured on an smartphone. Both devices are IP68-rated water and dust resistant, as well. 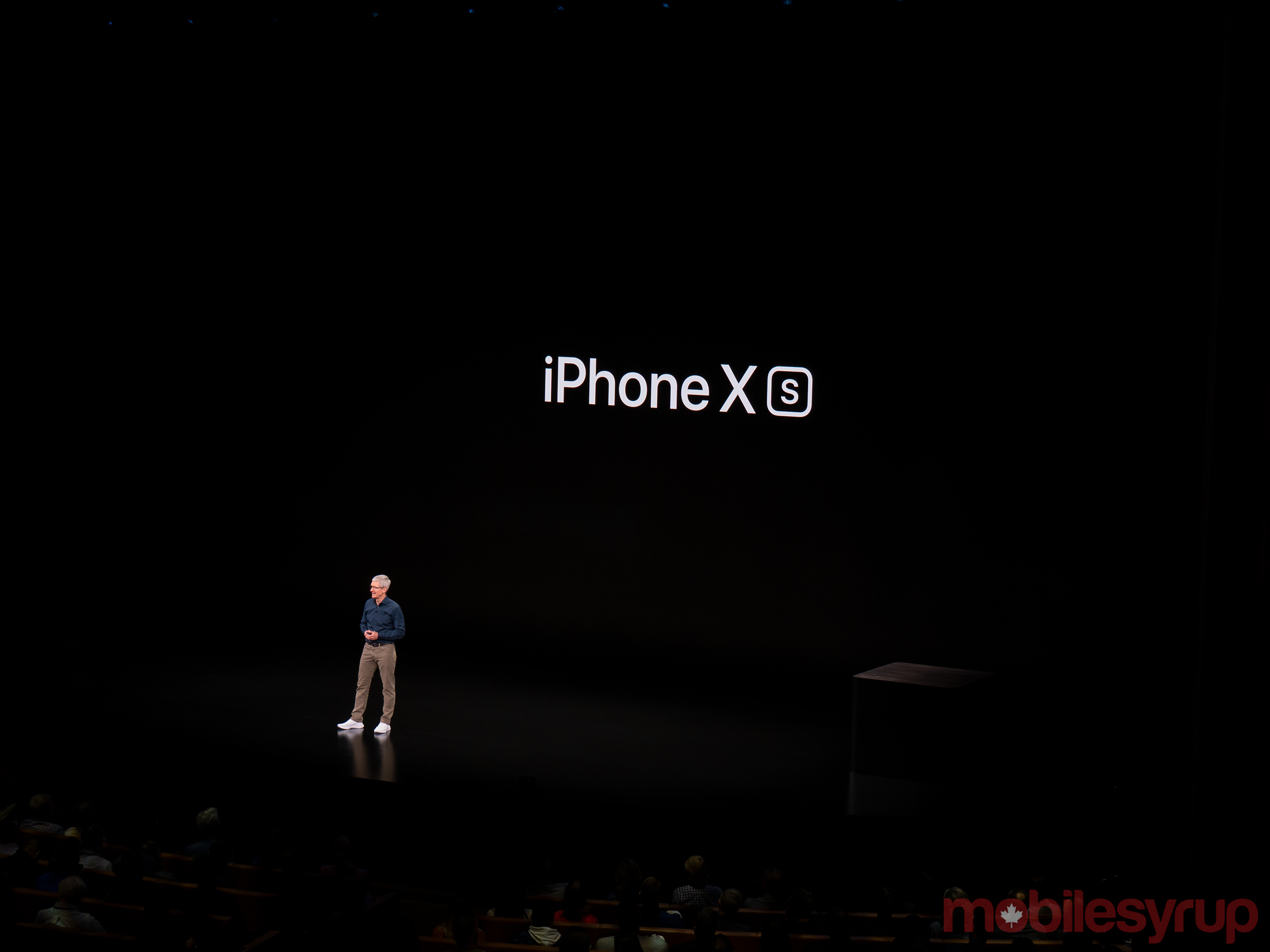 Powering the iPhone is Apple’s new A12 Bionic chipset. It’s the smartphone industry’s first 7nm chip, according to Apple. It features a six core CPU — with two high-performance cores and four efficiency cores — a four core GPU and the company’s latest Neural Engine. The new design takes advantage of eight cores. According to Apple, the A12 Bionic is able to process 5 trillion computations per second. That’s a significant leap over the A11 Bionic’s 600 billion computations per second. 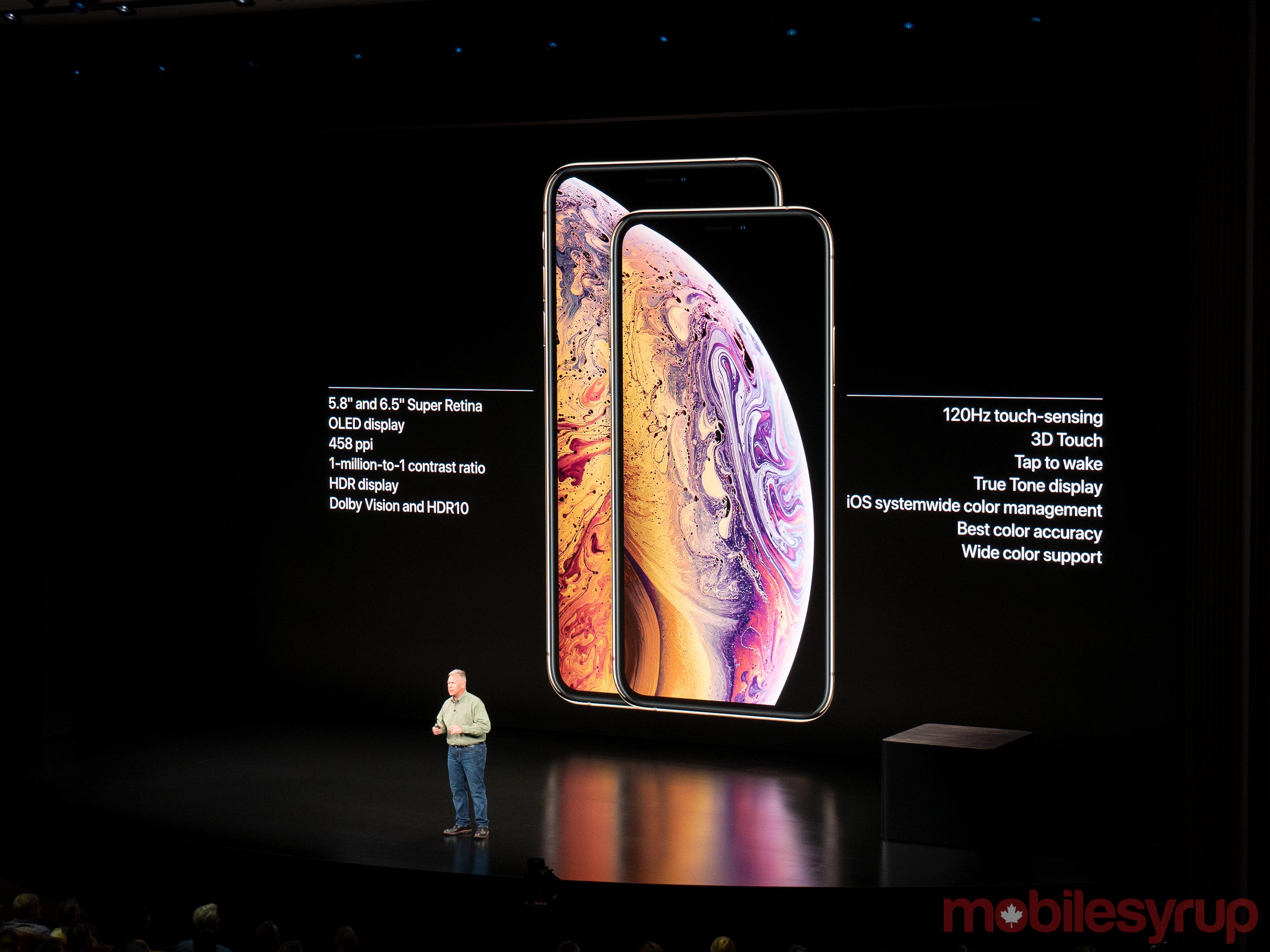 One of the new features powered by the A12 Bionic is Siri Shortcuts. The feature allows users to set reoccurring routines with Siri.

On the camera front, the iPhone XS and iPhone XS Max feature a dual camera module with a 12-megapixel wide-angle camera with f/1.8 aperture and optical image stabilization and a 12-megapixel telephoto lens with f/2.4 aperture. The latter lens enables two-times optical zoom. On the front of the phone is a 7-megapixel sensor with f/2.2 aperture lens. 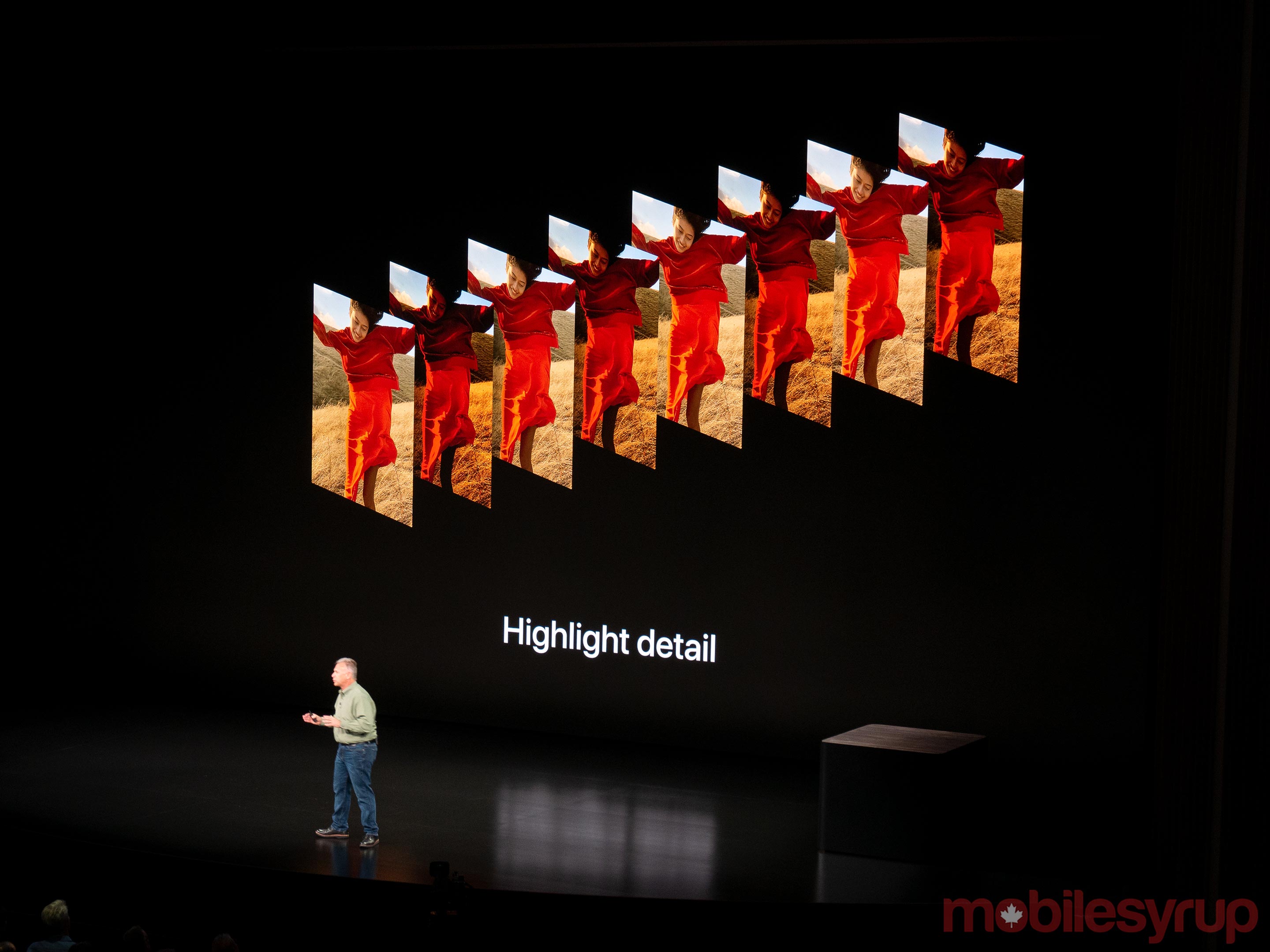 With the help of the iPhone XS’s new A12 Bionic processor, Apple is introducing a new Smart HDR feature. Essentially like Google’s HDR+, the feature promises to deliver better high-dynamic range photos than ever before. Apple has also enhanced the iPhone’s portrait mode functionality. By studying high-end DSLR and professional camera lenses, the company has refined the iPhone’s depth of field rendering. The iPhone is now capable of adjusting the depth of field of a photo, in effect adjusting the look of the background blur. 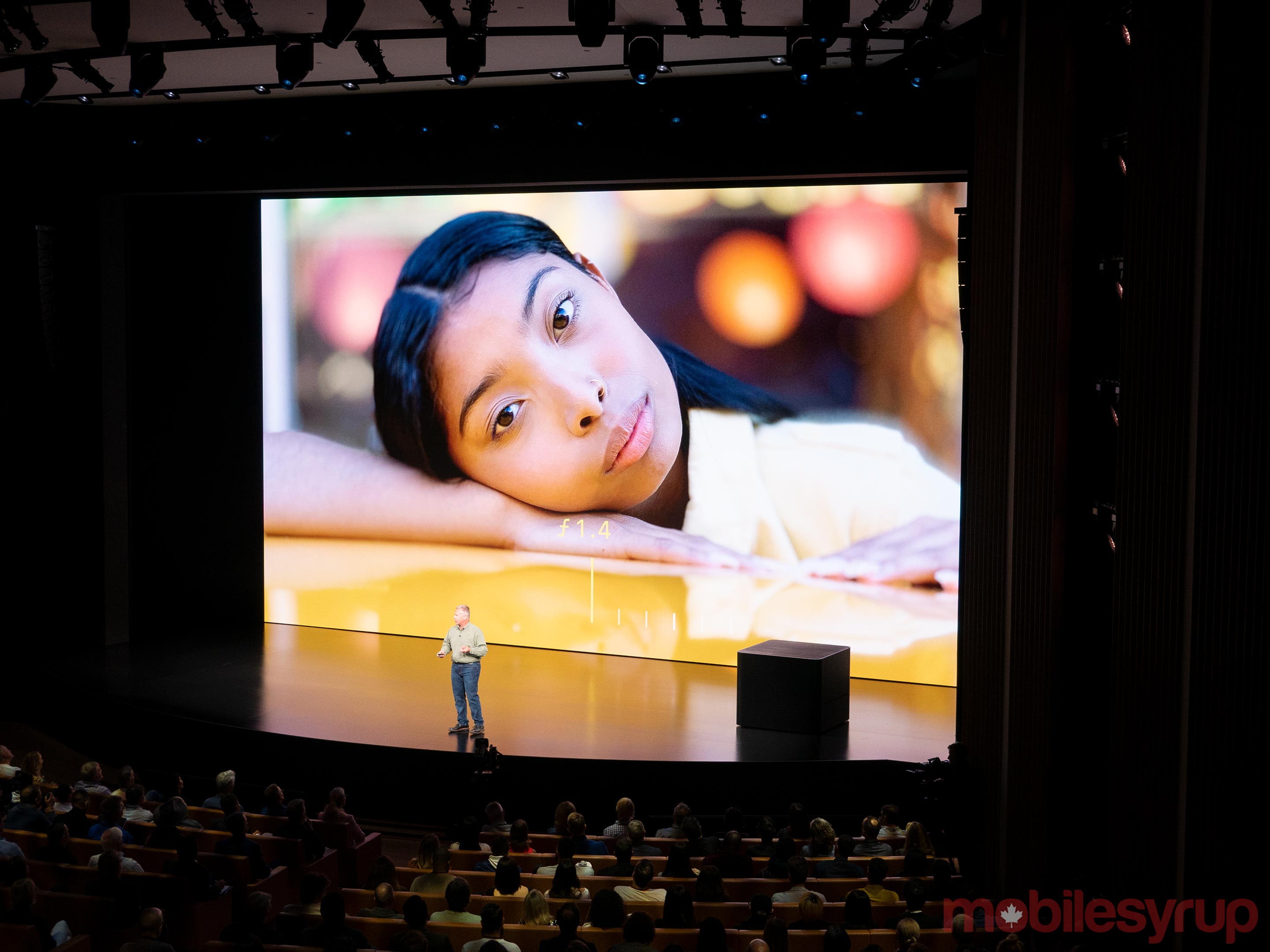 iPhone XS features a slightly larger battery that delivers 30 minutes more uptime than the iPhone X. The iPhone XS Max, meanwhile, features the largest battery Apple has every put into a smartphone. 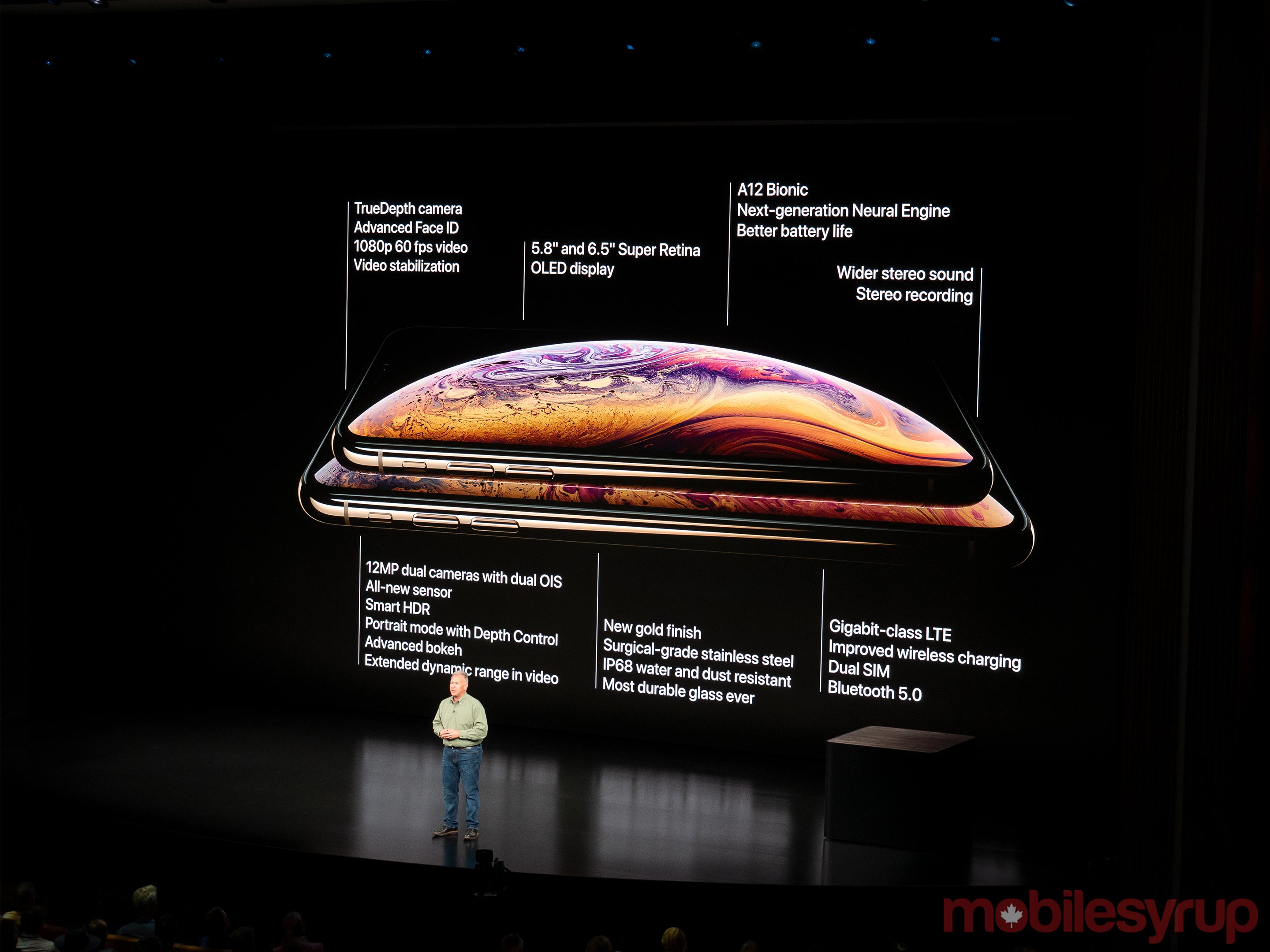 For the first time in the history of the iPhone, the iPhone XS and XS Max feature dual SIM support. Apple has integrated a variety of features, including one called Dual SIM Dual Standby (DSDS), that the company says will make it easy for users to identify individual SIM cards with ease.

Along with dual sims, the iPhone XS will support eSIM. Right now, it looks like Bell will support the feature, according to Apple. However, Rogers eSIM support is coming sometime this year.