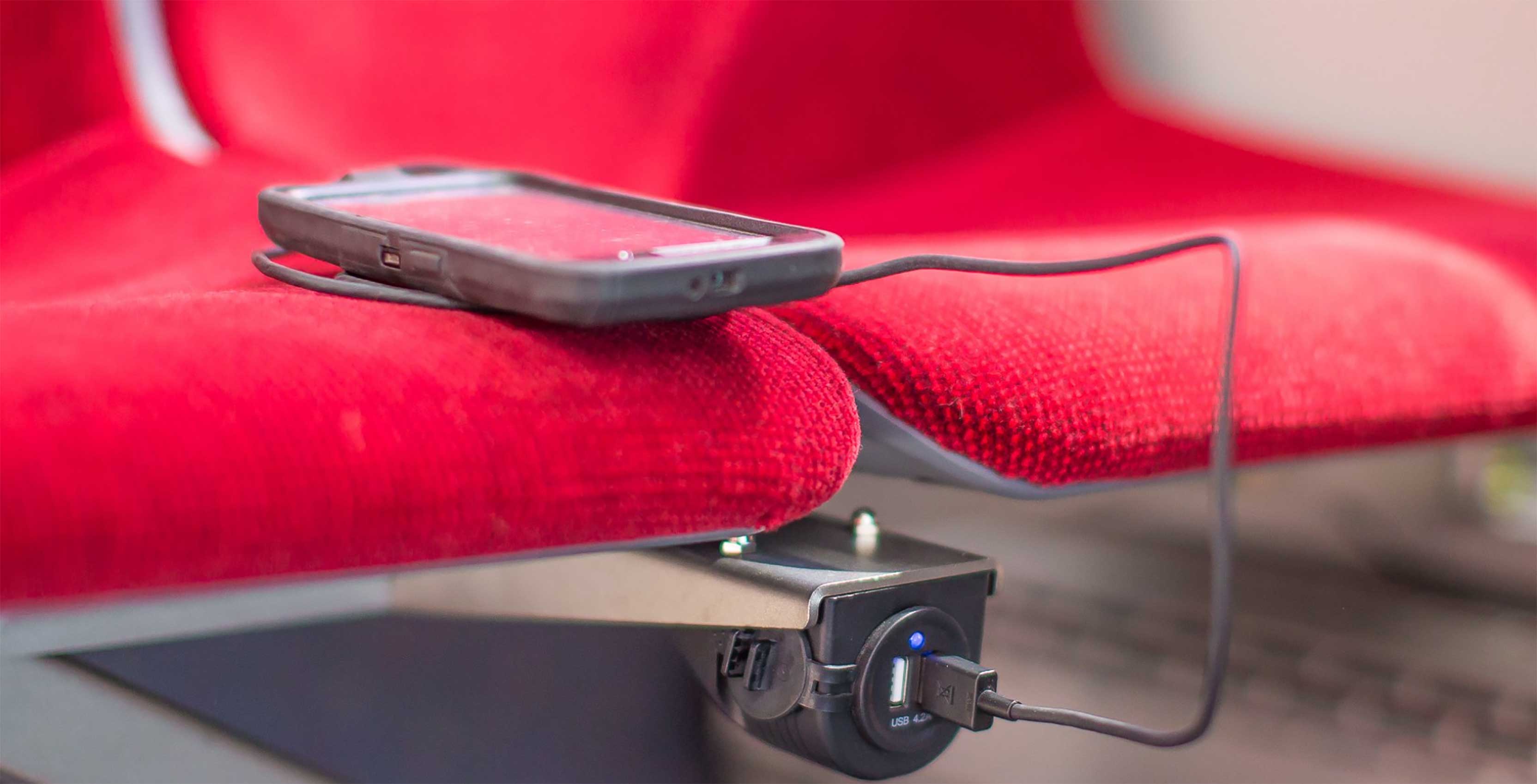 The Toronto Transit Commission (TTC) has begun rolling out buses that are equipped with 12 dual-port USB chargers.

⚡They're heerrreeee!! A small number of #TTC buses equipped with USB chargers have hit the streets in northwest Toronto. These @novabus_ vehicles are the first of at least 325 buses arriving this year to be fitted with 12 dual-port hubs. ⚡ pic.twitter.com/AWyfD4PcEt

On Twitter, TTC spokesperson Stuart Green said a “small number” of buses carrying the USB chargers have been deployed in northwest Toronto. In a response to a tweet, Green noted that the buses are specifically operating out of Arrow Road.

Look for a new bus starting with 31XX. They have been running on Arrow Road and Sheppard West over the last few days.

Back in March, the TTC announced that 200 clean diesel buses sporting the USB chargers would be added to its fleet of vehicles by summer. Green’s latest tweet adds that “at least 325 buses” fitted with 12 dual-port hubs will arrive throughout the rest of the year.

Responding to another tweet, Green confirmed that the buses currently carry 2.1 amps chargers. He said that the company will look into other charging technologies in the future.

They're 2.1 amps. For now we will have these. We will have to look at other technologies for future orders.

As Green noted in an interview with blogTO earlier this year, other cities around the world already have USB chargers on their public buses. Therefore, the new TTC chargers are part of the company’s “commitment to modernization,” according to Green.