In Vampyr, everyone is either a patient or a meal [This Week in Gaming]

Vampire lore comes in many forms. Some vampire novels feature the mysterious creatures turning into ravens or giving them the ability to control fog, while other stories tell of vampires that shine like diamonds in the sunlight. Dontnod Entertainment, the studio behind Life is Strange and Remember Me, spins a different tale in its newest third-person action role playing game, Vampyr.

Reid, who was turned into a vampire and then deserted by his sire, struggles to control his blood thirst and honour the Hippocratic Oath that guides his profession. 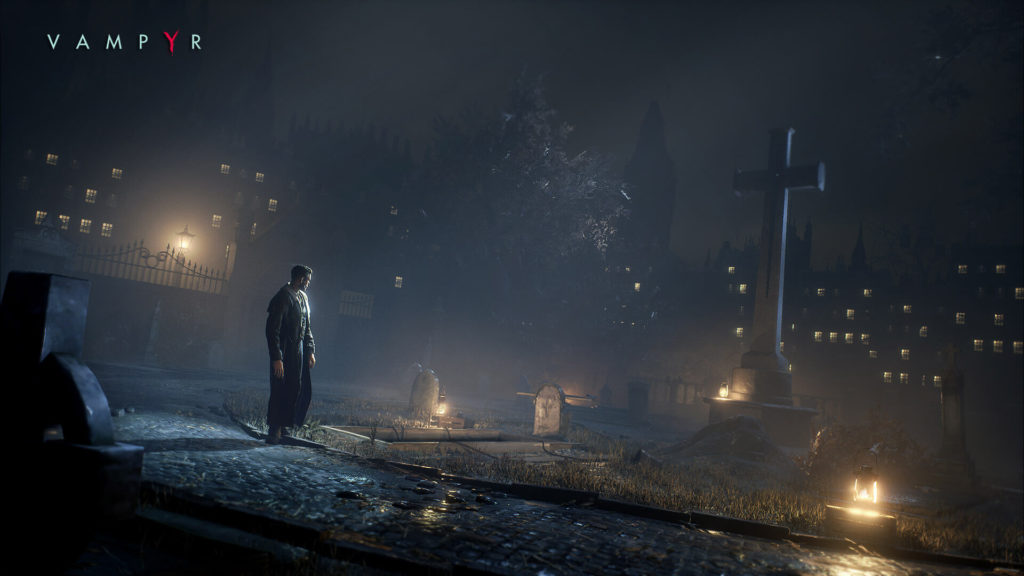 The plot of Vampyr takes place in London, England. The year is 1918 and the Spanish flu is wrecking havoc across Europe.

Dr. Reid’s goal is to find a cure for vampirism. Along the way, he encounters Edgar Swansea, who hires him as a doctor at the Pembroke Hospital. He also meets Lady Elisabeth Ashbury, a female vampire who tells Reid more about his vampiric nature. She explains to the player that Reid is a newborn ekon, a vampire that can blend into normal society and use deception to suck blood from their prey.

While doing quests for non-playing characters (NPCs) and going through the main story, the player comes up against volunteer vampire hunters called the Priwen Guard and a secret society of vampires called the Ascalon Club.

All in all, Vampyr ends up being the story of a man trying to figure out who created him, figuring out how to cure the Spanish flu that’s decimated so much of London, and how to cure himself. Additionally, Reid wants to end the onslaught between the Priwen Guard and vampires, all while fighting his blood thirst and healing the people of London of other sicknesses.

To heal or to eat, that is the question 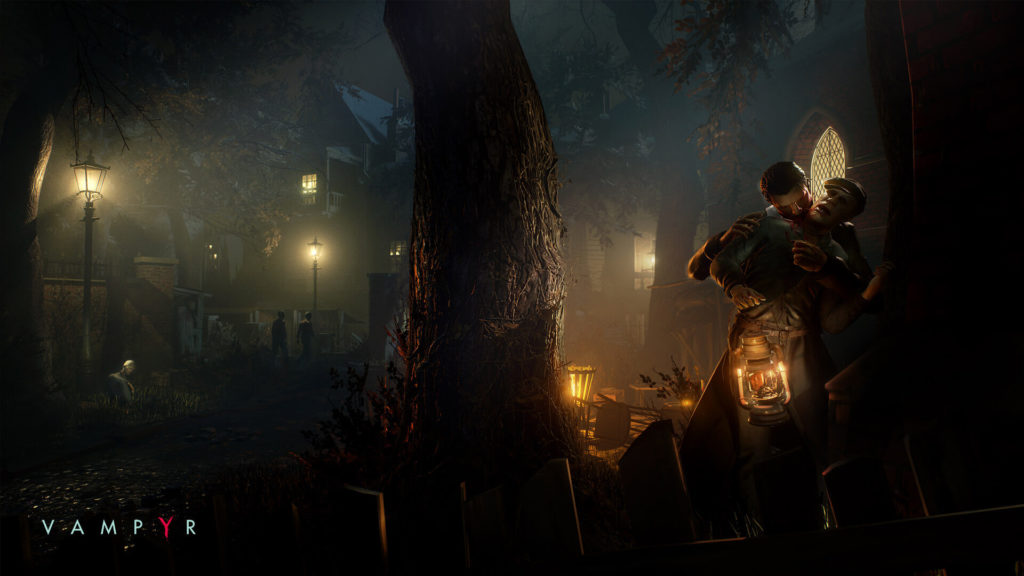 Vampyr has an interesting mechanic that lets users heal the people of London. Using Reid’s vampiric senses, the player can see what sickness a NPC has. The player can develop a cure based on the materials they’ve gathered during their travels. The most common sickness in the game is fatigue. After the player has gathered a glass vial, quinine, ferrous tartrate and sodium hypochlorate solution, they can develop a remedy and give it to a fatigued NPC. This is will keep the district sanitized.

A district can be one of six levels of healthiness. The more unhealthy a district, the more enemies appear throughout it. The unhealthiest of districts can have all sorts of enemy types, including werewolf-like beasts.

Another way of making a town unhealthy is by killing its citizens. The game allows users to memorize NPCs, lead them to somewhere alone and “embrace” them, killing the NPC and sucking their blood. While embracing grants the player a massive amount of experience points, it will immediately lower a community’s level of healthiness. The more citizens the player embraces, the more hostile the district will become.

So while embracing can help the player gain experience points and become a stronger vampire, it can also make the game more difficult overall.

Do’s and Dont’s of embracing 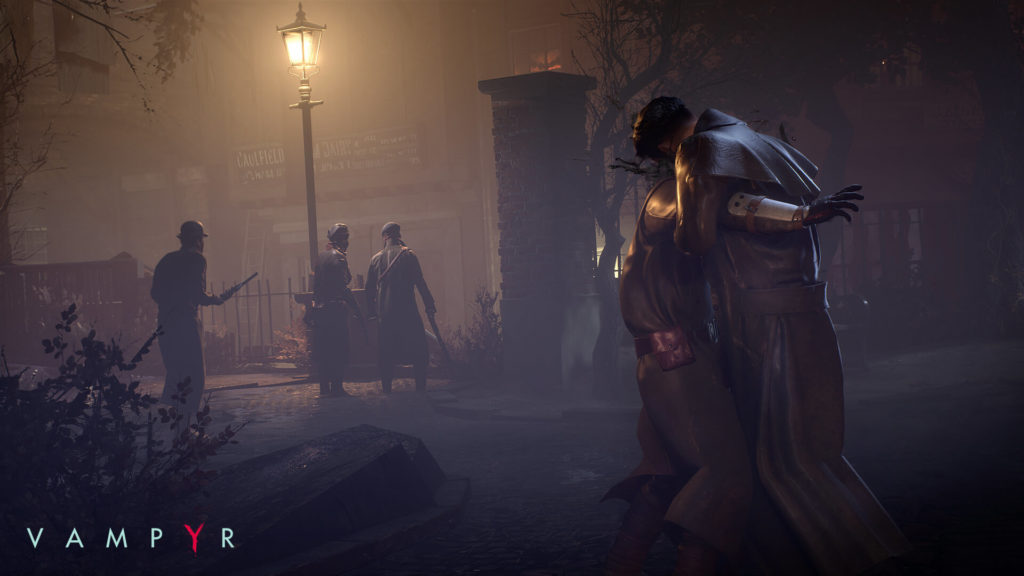 Vampyr is a challenging game. The player will come across enemies several levels higher than them, especially if they don’t keep the district healthy. So the answer to that is to start killing NPCs. In fact, while players have a wide range of choices, I felt Vampyr leads the player to a high chaos run. There is a huge temptation to embrace a NPC as it can make the game increasingly easier, however, it does have a downfall.

The biggest downside to embracing a NPC is that the player loses out on finding potential quests. Throughout the game, many NPCs give quests that the player gain additional experience points. Embracing them, however, will end the potential to get a quest from that NPC.

Stories involving NPCs in and outside the main story force the player to make difficult choices. Sometimes these choices greatly impact the game, so players need to think twice before deciding to kill a certain priest or how to proceed while doing a surgery.

Parrying is your friend 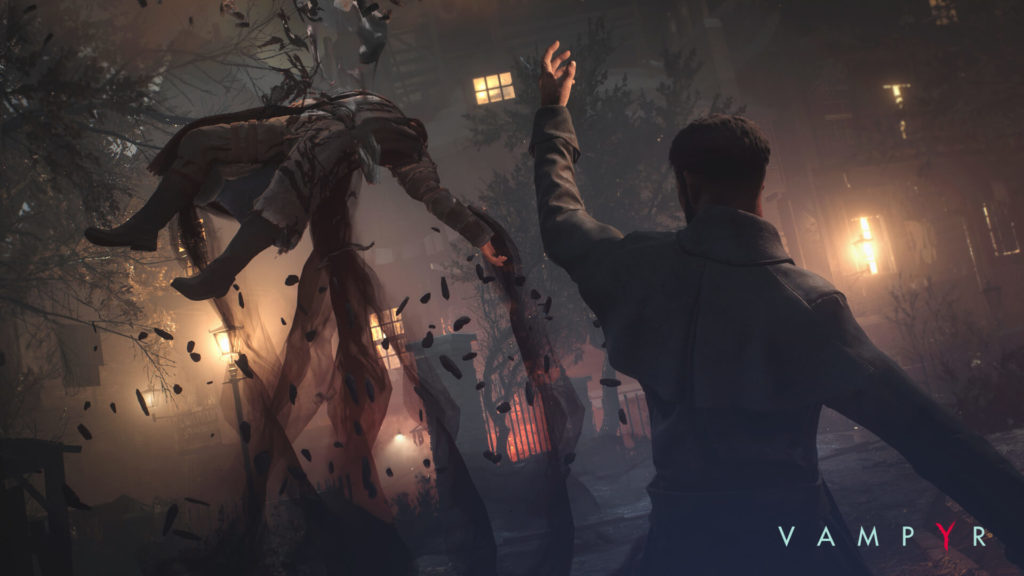 Combat is clunky. Like FromSoftware’s excellent Bloodborne, Vampyr asks players to strike enemies at the opportune moment, and to understand the power of parrying an opponent.

In Vampyr, the player has three bars to keep track of that govern health, stamina and blood. The stamina bar deplete with every swing of a weapon and dodge. The bars deplete even quicker with parries. Blood bars will deplete after healing oneself and using special abilities.

Enemies, even bosses, have two bars: one that represents their health and another that indicates their stamina. Parrying enemies lowers the second bar. Once an enemy’s stamina bar is depleted, Jonathan can bite them to drink their blood, filling his blood gauge in the process.

In Vampyr, the player equips a left hand and right hand weapon and has two weapon loadouts. Weapons come in the forms of knives, bludgeons, scythes, maces, revolver hand guns and shotguns. Shotguns can stun enemies and the liston knives can absorb blood.

Bosses are difficult and, similar to the Soulsborne games, often have multiple stages. With each stage, they become more aggressive and the break they take between attacks becomes shorter.

Vampyr even has other role-playing game elements allowing players to pick specific abilities, and level up how much blood they consume, how much damage their bite does, how much health they have how and much stamina they have. 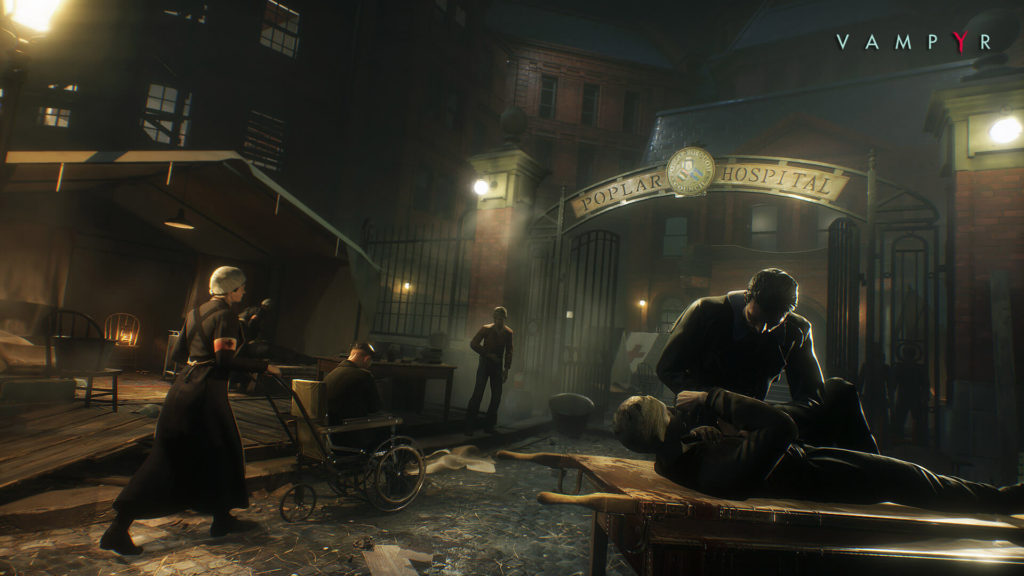 Ultimately, Vampyr has an interesting story, though clunky and time-consuming fights. Unfortunately, the game also isn’t the prettiest game to come out in 2018. The game looks older and animations don’t flow all that nicely. Comparing it to games like Detroit Become Human, God of War, Ni No Kuni II: Revenant Kingdom, and even 2017’s Horizon Zero Dawn, Vampyr is quite lacking in terms of graphics.

It also has way too many loading screens. I’ve experienced these screens while walking, opening doors and even starting a dialogue with a NPC that I had spoken to numerous times in the past.

All in all, Vampyr is an interesting game that combines the love of the vampire mythos, includes scores of choices a player can make and a unique story involving a doctor’s struggle.