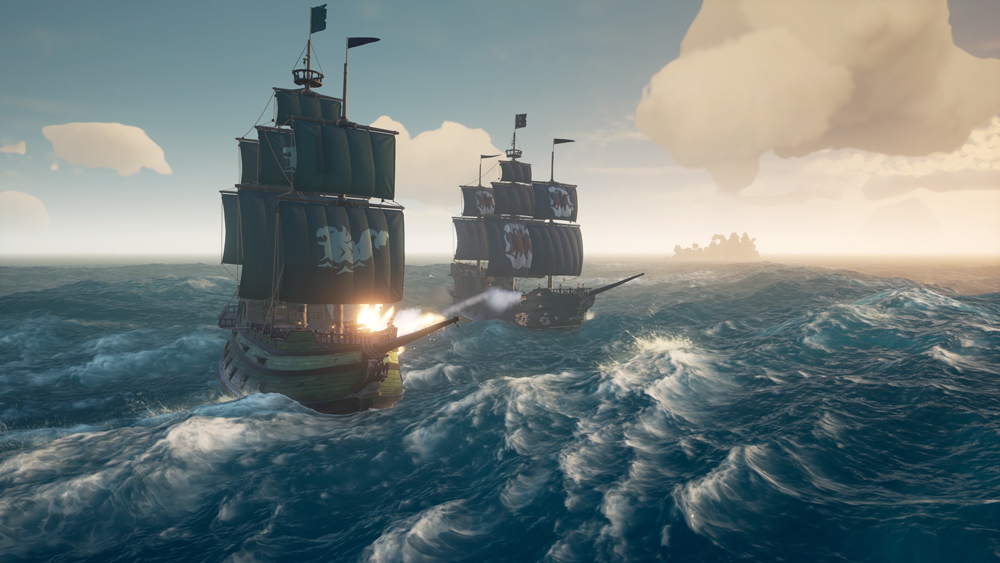 Rare’s Sea of Thieves isn’t for everyone, yet it’s probably set to go down as my favourite game of 2018.

For one, a cartoony, fictionalized Caribbean setting likely won’t appeal to a wide audience. After all, the game’s vibrant pirate-filled world isn’t dark, mature and filled with gun-toting space marines.

That said, I’ve found the Sea of Thieves setting to be a refreshing change of pace, despite the game’s glaring shortcomings and progression issues.

Let’s take a look at the positive stuff first. Sea of Thieves, despite not pushing the Xbox One to its limits hardware wise, is a beautiful game. The vast ocean, for example, with its rising waves and seemingly endless horizons, is at times breathtaking. Sea Of Thieves’ rolling water effects are also the best I’ve seen in a video game — especially when running in native 4K on the Xbox One X.

When you’re barrelling over giant waves on the open sea, carefully navigating around islands full of dangerous rocky outcroppings, it really does feel like you and your crew are sailing a massive sail boat. At times I even felt sea sick in the real-world from my virtual vessel constantly bouncing up and down, though this was rare.

The co-operative aspects of the game, where four players control a sizeable vessel by taking on different roles, like changing the direction of sails, manning canons and dropping anchor, create Sea of Thieves‘ most compelling moments. There’s nothing quite like chasing down an enemy ship with a group of friends in an attempt to pillage their hard-earned treasure.

To my surprise, I’ve also had a great time playing the game alone, which isn’t something many other critics have said about Sea of Thieves. Taking control of a one-man sloop and hitting the seas in search of treasure, reminds me of sailing my own tiny sailboat on the open water.

I’ve enjoyed chasing down other sailors solo, with one battle lasting a solid 45 minutes or so. My prey tried to avoid me by extinguishing their ship’s lanterns at night, hiding behind tree covered islands and continuously adjusting their sails in an effort to evade my ultimately unsuccessful pursuit. Eventually, my worthy opponent fooled me by pretending to sail off the edge of the map, before dropping anchor and pulling a swift u-turn, while I continued on unaware into oblivion.

There’s even something relaxing to the game’s monotonous quest structure. I always know what to expect and there’s a sense of satisfaction from solving a particularly difficult puzzle, despite having completed similar quests multiple times, especially when it comes to tasks involving unearthing a chest. 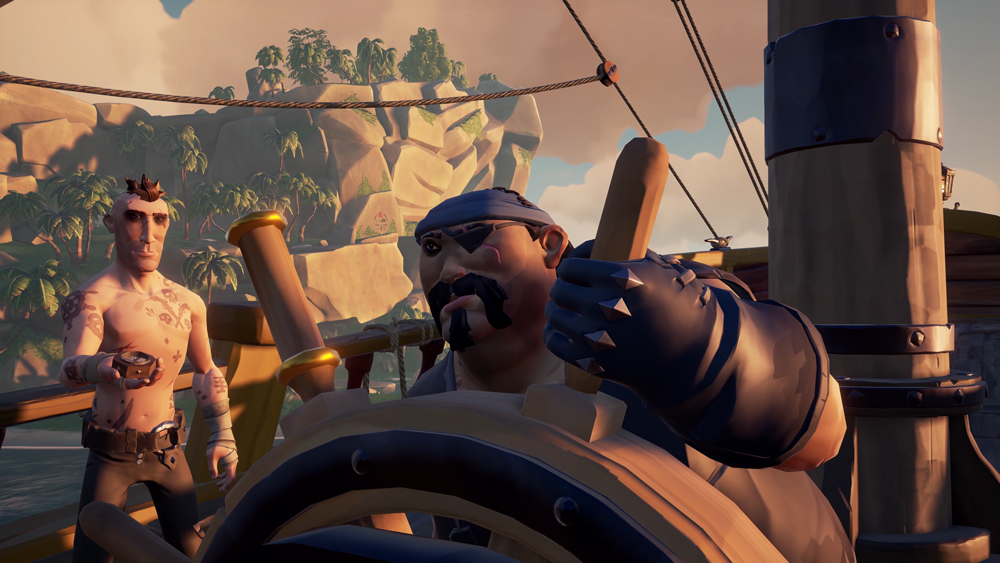 That said, my favourite moments with Sea of Thieves have stemmed from my unscripted interactions with other players.

These are the parts of the game that make Sea of Thieves special.

The actual core of the experience that involves completing missions for three different ‘Trading Companies’ is lacklustre, with the novelty wearing off quickly. Each trading companies’ tasks are slightly different, but are ultimately straightforward fetch quests. 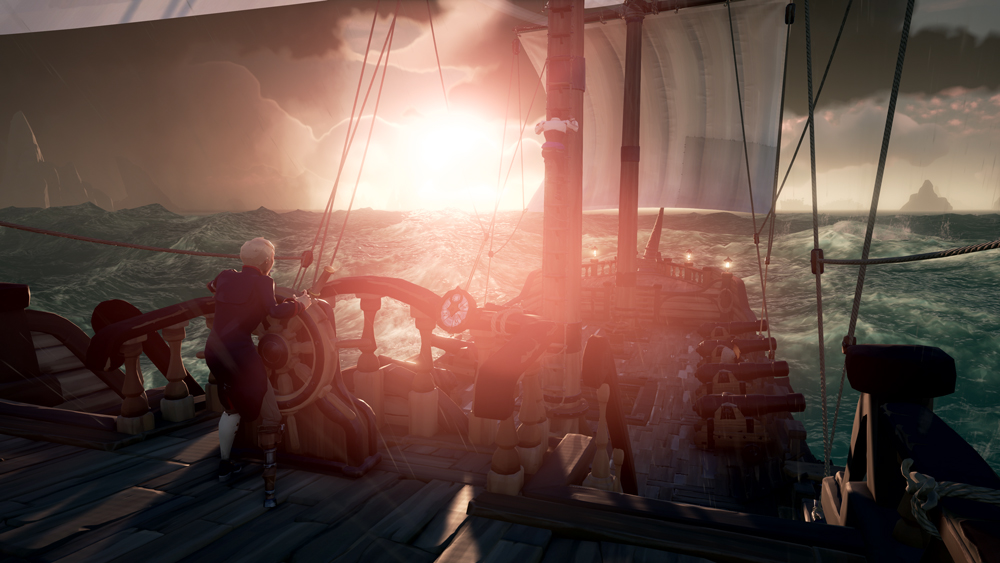 For example, the Order of Souls has players taking down vast armies of skeletons, while the Merchant Alliance asks you to deliver wild animals that need to be first found on random islands, then caught, and finally, delivered within a specified period of time in most cases.

Finally, the Gold Hoarders offers players classic treasure hunting quests that involve locating a specific island rife with buried treasure and then hunting down the booty’s location on the map. Given that Sea of Thieves doesn’t feature a traditional on-sreen mini-map and the only way you really know where you’re located is by looking at a map located on your ship, this task is more daunting than it sounds.

While I can deal with the monotony of Sea of Thieves to an extent, the biggest issue stems from the fact that the cash rewards for levelling up and completing these missions are purely cosmetic. Rare made this decision intentionally in order to ensure Sea of Thieves’ world offers a level playing field for all players, including those new to the game. 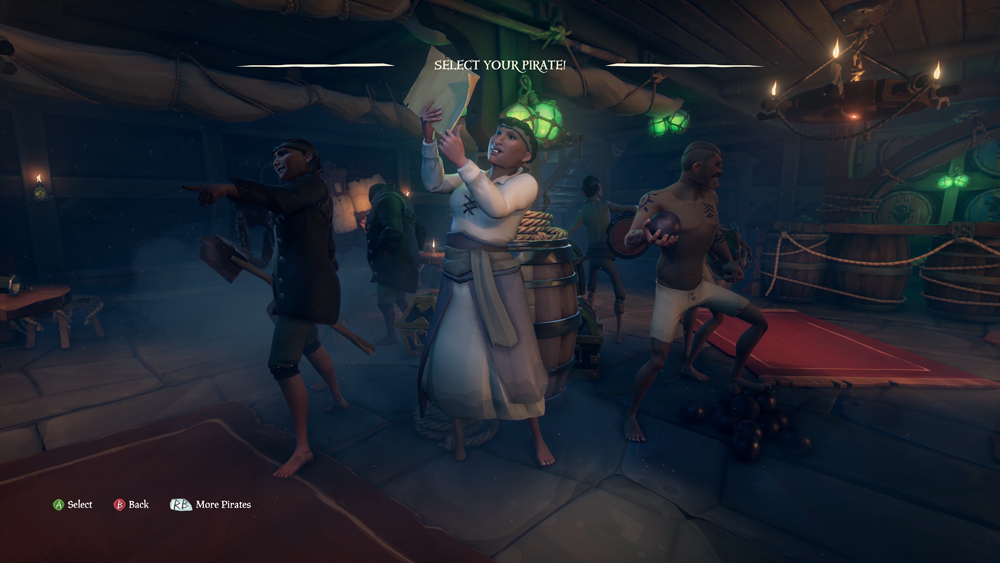 While I appreciate this decision in theory, it also leaves little incentive for meaningful progression. Also, many of the coolest looking high-level upgrades take ridiculous amounts of money to unlock. In order to earn these funds, you’re forced to grind out increasingly repetitive missions for hours. In the end, the reward just doesn’t balance out the amount of time that needs to be spent to unlock cosmetic upgrades for your weapons, clothing and ship.

With Sea of Thieves, Rare has laid the groundwork for a game that could evolve into something truly special. With plans to support the title extensively post launch, it’s likely that in a few months Sea of Thieves variety and progression problems will be solved to an extent. There are also ship upgrades on the way and rumours of additional Trading Companies on the horizon, too.

Rare has said that it has plans to treat Sea of Thieves like an ongoing experience that will continue to evolve and grow in the coming months. If this is the case, the U.K. developer’s pirate adventure is certainly worth investing time into. As it stands right now though, Sea of Thieves unfortunately often feels more empty than it should.

Sea of Thieves is available on the Xbox One and PC. For this story, I played Sea of Thieves primarily with the Xbox One X and Xbox One S. While the game is priced at $79, it’s also part of Microsoft’s $11.99 per month Xbox Game Pass. This means that you can actually get access to the game for only $11.99 a month, along with a slew of other titles set to be added to the service.