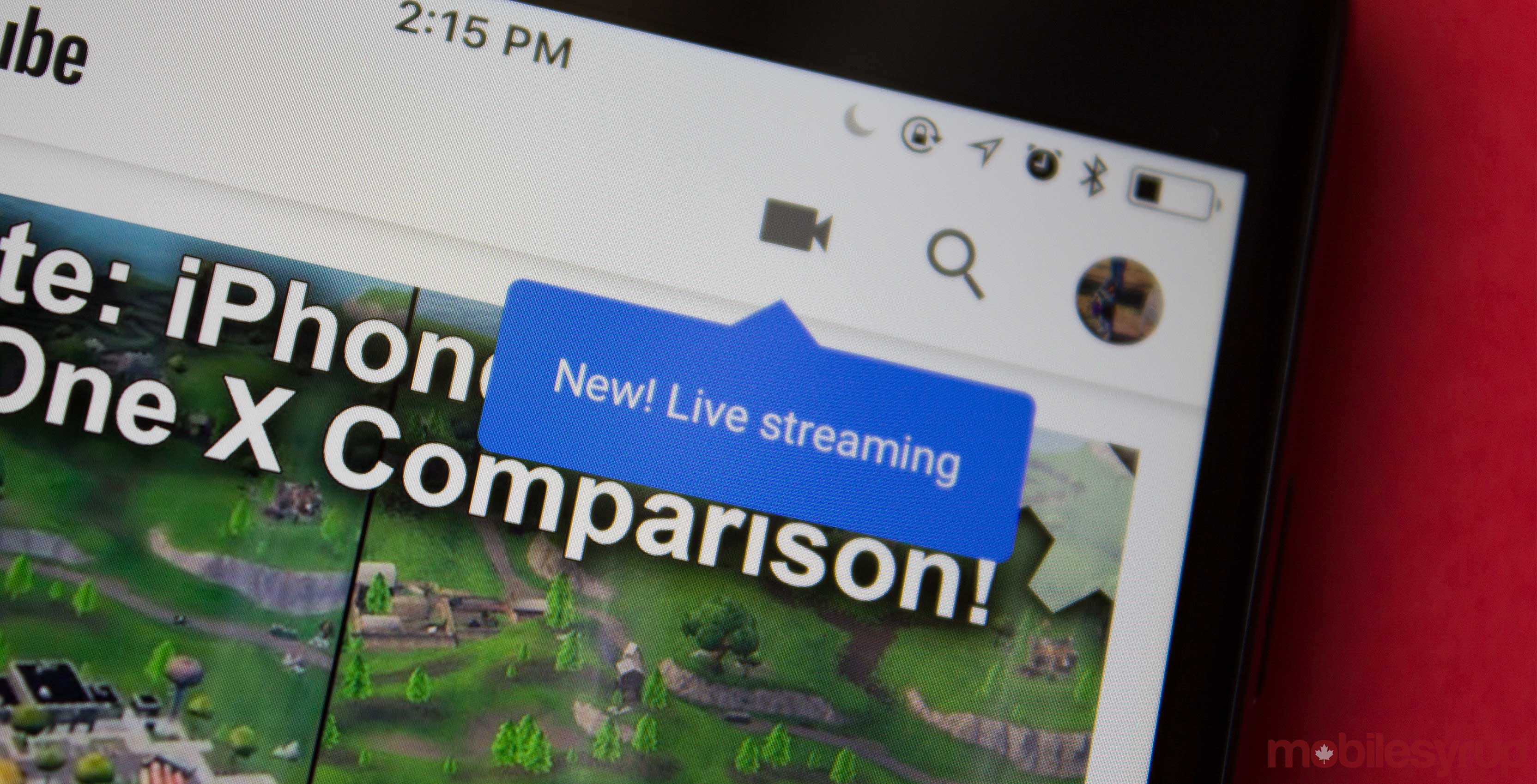 YouTube has added new live streaming functionality that’s available on the web and through some of its mobile apps.

So far the feature is only available to select smartphone users and through Google’s Chrome browser. The process for launching a livestream is significantly more streamlined now, with users simply required to click on the create button in the top right hand corner and then select ‘go live.’

If you’ve gone live before, you can start streaming instantly, but if you’ve never streamed, it takes 24 hours to activate and verify your account.

Supported phones, according to a Google press release, include devices from Asus, LG, Motorola, Nokia and Samsung. MobileSyrup found the feature available on the iPhone and the Essential Phone as well.

The UI is the same livestreaming interface YouTube has been using for some time now, with the video located on the left side of the screen and a rolling comment section on the right.

This update makes it easier for YouTube users to become creators and make videos for themselves. The functionality also renews the fight between Facebook, YouTube and Instagram over livestreaming, as each service has been pushing live video hard over the last few years.