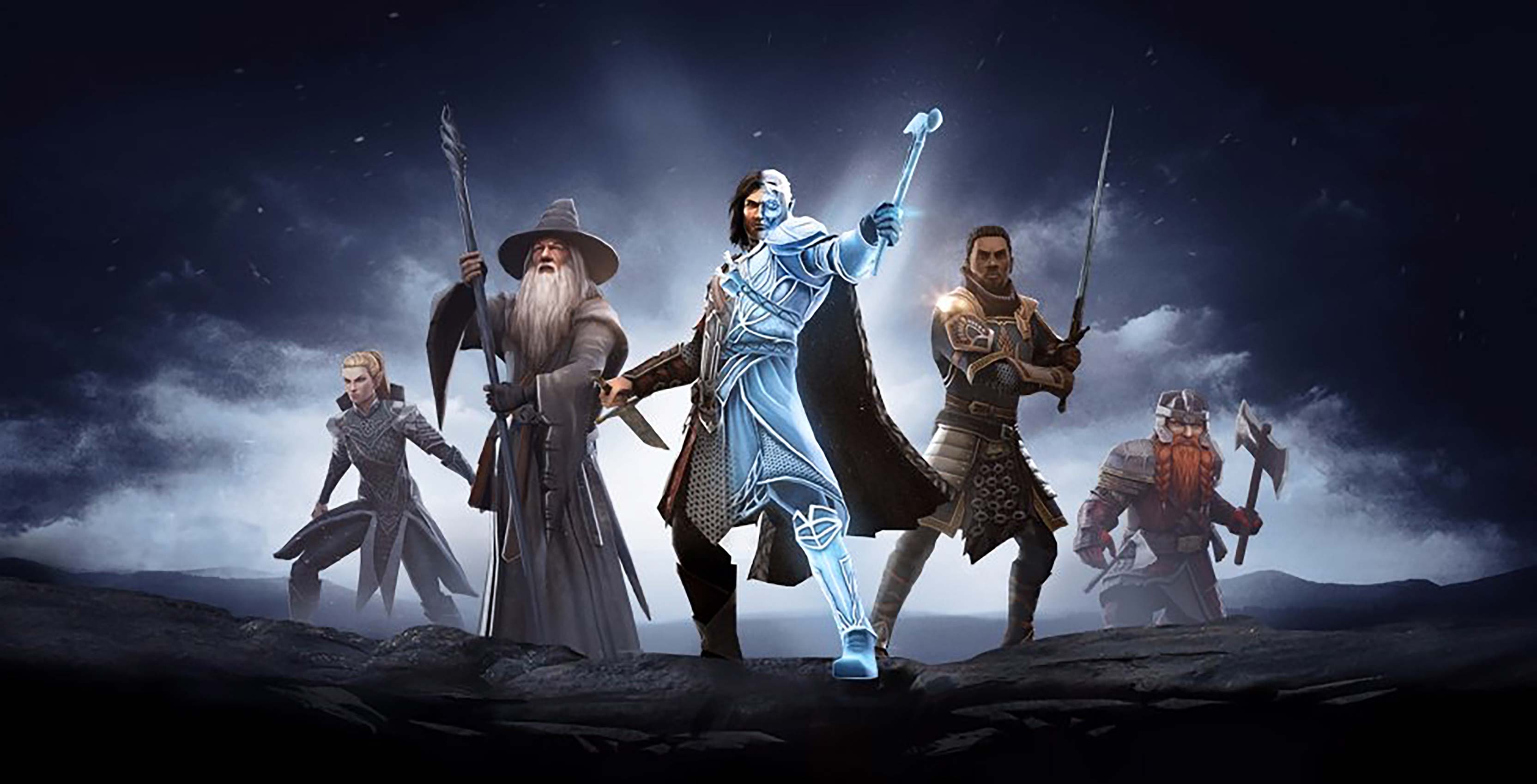 In Shadow of War, you play as Talion, a human ranger bonded with the spirit of elven warrior Celembrimbor. Together, they work to forge a new Ring of Power and enlist an army to conquer the evil Lord Sauron in a prequel to The Lord of the Rings trilogy. The free-to-play mobile version shares the same plot — as well as a handful of HD cutscenes — with the base Shadow of War game.

Naturally, the main difference comes in the gameplay. Shadow of War: Mobile does away with the Batman: Arkham-style combo-driven combat system of its console and PC counterparts, with your characters moving and attacking enemies automatically instead. The bulk of your influence, therefore, comes from choosing your party ahead of time and equipping your roster with abilities that will aid them in various quests and timed events. 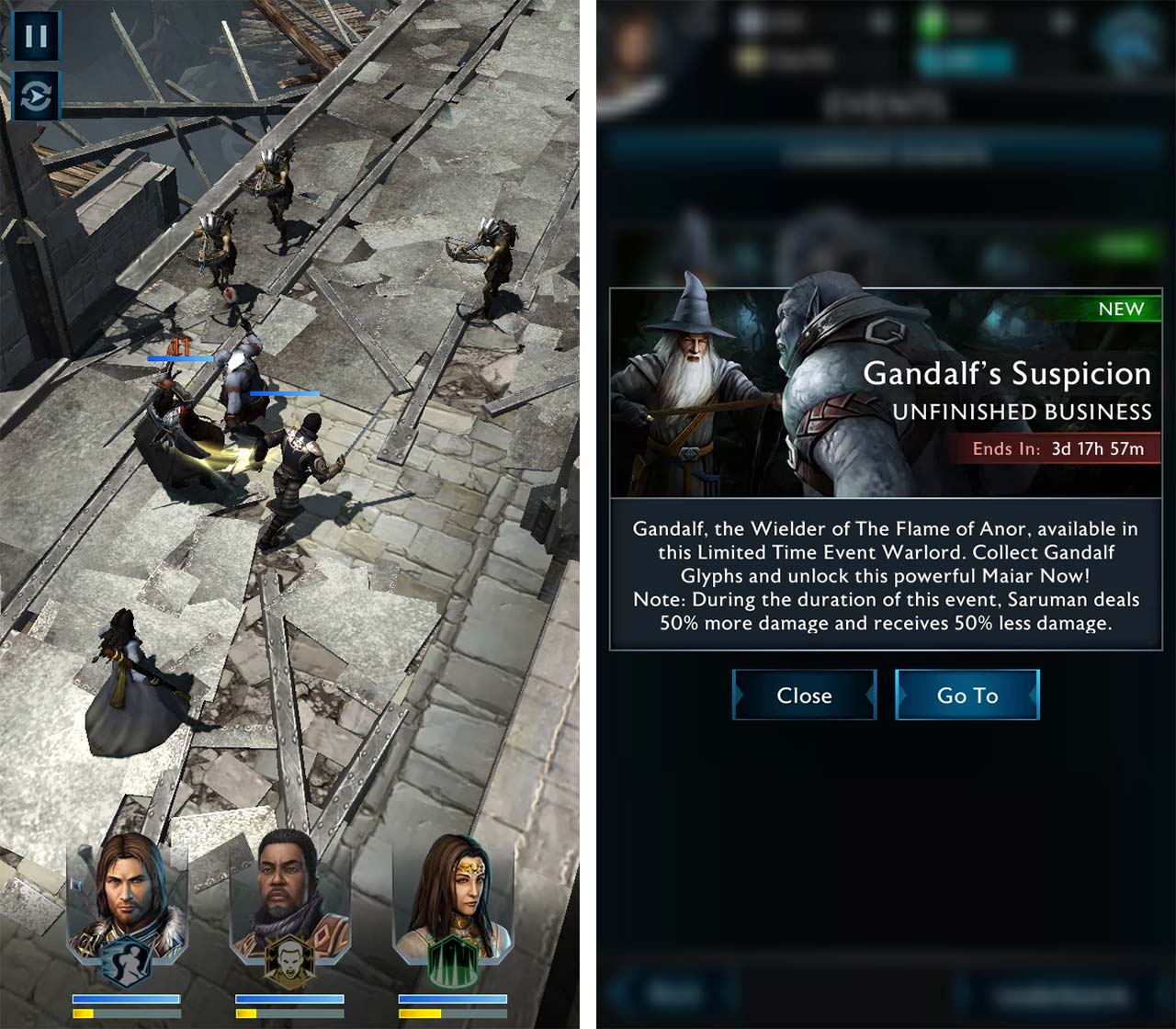 However, you do still have some agency in combat, as you can tap the screen to activate special abilities that have a cooldown period, as well as have your characters sidestep to avoid taking damage. This is particularly important for certain classes; Lady Marwen, for instance, is a healing mage with lighter defensive stats, so you’ll want to have her away from the frontlines to minimize damage.

WB also managed to implement a condensed version of the innovative Nemesis System, wherein orc forces with different personalities and attributes will react different depending on Talion’s actions. While not as robust as the main version, Shadow of War Mobile‘s Nemesis System still lets you defeat various enemies by studying their weaknesses and tracking down their locations.

Because of Talion and Celebrimbor’s ruthless quest for vengeance and greyer shades of morality, they don’t care who they ally themselves with; so long as they’re useful. Therefore, in addition to orcs and original characters from Shadow of War, the mobile game also lets you recruit both heroes and villains from The Lord of the Rings series, such as Aragorn, Boromir, Gandalf and Saruman. 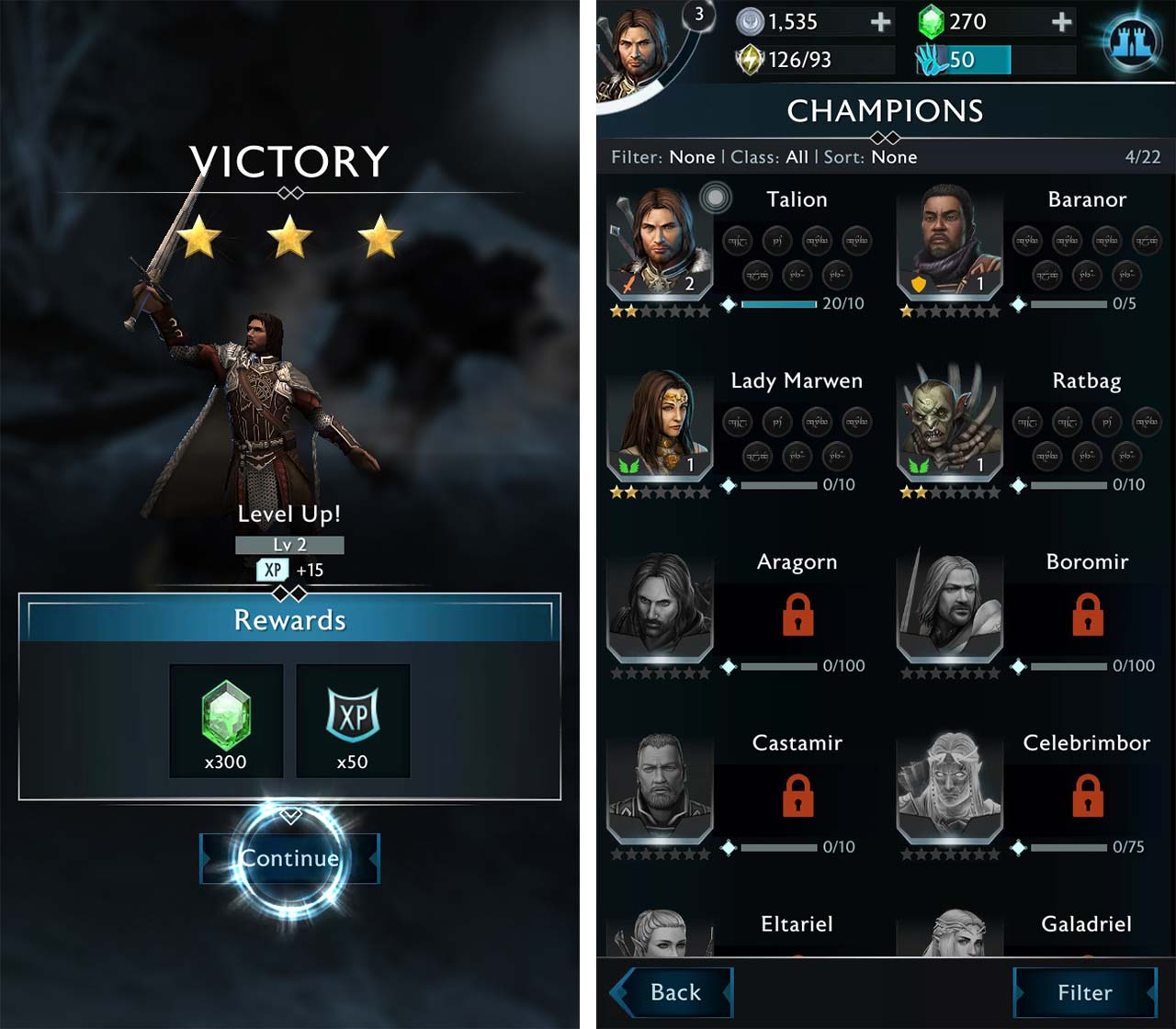 In-game gems and other currency can be used to purchase these ‘Champions,’ as well as abilities and stat-increasing items, which can all be acquired through missions, using real money or, interestingly, watching in-game ads and other partner videos.

Finally, Warner Bros has also done a nice job of emulating the look and feel of the main game with its mobile companion. The visuals look crisp and brightly-coloured, and select tracks of the booming, epic score from the base game also make an appearance.

Note: unfortunately, there doesn’t seem to be any connectivity between both versions. In Injustice 2 Mobile, you could unlock gear that could be transferred to the main game, but the two Shadow of War experiences don’t appear to feature such bonuses — a missed opportunity to reward those who play both.

Shadow of War Mobile can be downloaded for free on iOS and Android.

For more on Middle-earth: Shadow of War, read MobileSyrup‘s impressions of the console/PC version here.