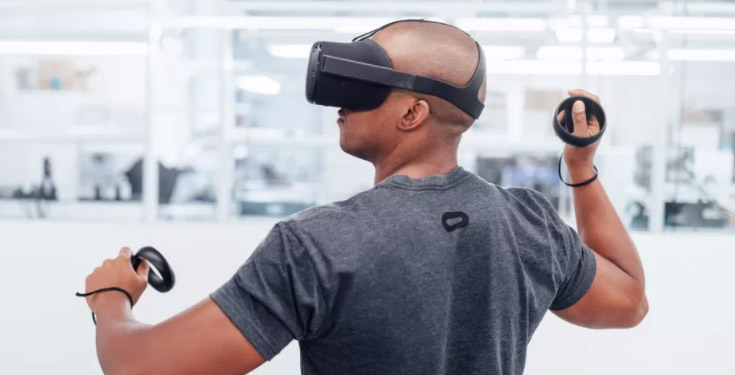 Along with the reveal of the Oculus Go, a standalone $200 USD lower-end VR headset, the Facebook-owned company also showed off a new, more refined version of its high-end Project Santa Cruz prototype.

Oculus says that its Santa Cruz prototype is the first headset to offer ‘inside-out’ tracking without the need for wires or additional sensors. Along with the new headset, Oculus also revealed a redesigned Touch controller called the Santa Cruz controller.

The gamepads look similar to the original Touch, only with a slightly more streamlined design that seems more compact. Additionally the controllers feature the same fought ultralight sensors utilized by the Santa Cruz for inside out tracking.

It’s unclear when Santa Cruz is set to be available to the public, though the device most certainly seems to be Oculus’ successor to the Rift.

Oculus says that a developer version of Santa Cruz is set to start shipping in 2018.