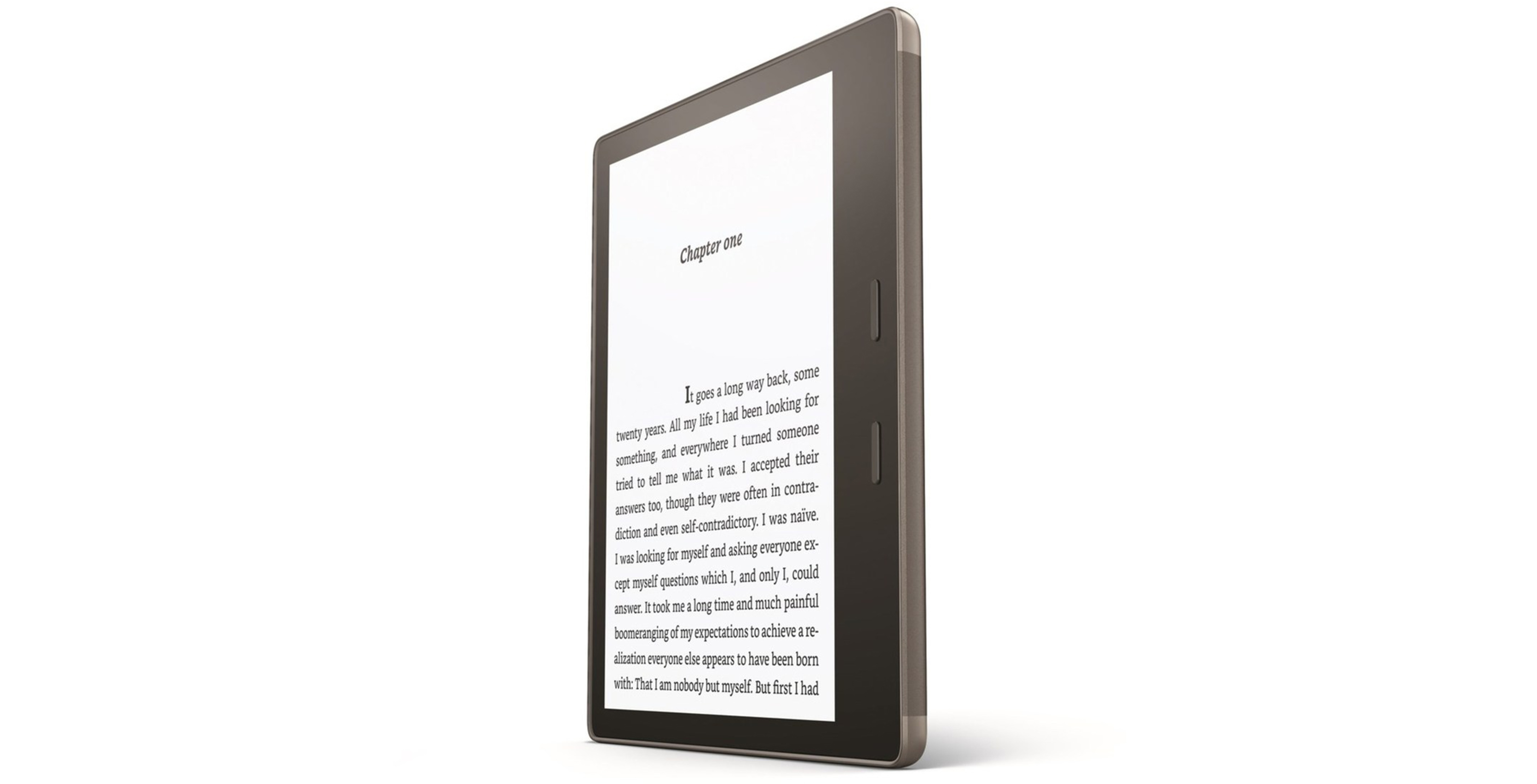 The new Kindle Oasis is IPX8-certified for immersion up to two meters in fresh water for up to 60 minutes. It also sports a substantially larger display than the 2016 Kindle Oasis, coming in at seven inches. Additionally, the company promises that the 300ppi Paperwhite display allows for over 30 percent more words per page.

If these features sound familiar, it’s because Amazon’s major competitor, Kobo, heavily marketed both in the 2016 waterproof Aura One and recently-released Aura H2O.

The waterproof Oasis also has some distinctly Kindle traits, though. It features an ergonomic design like the much smaller 2016 Kindle Oasis, designed to shift the center of gravity to the reader’s palm. The dedicated page turn buttons also return, as does the automatic rotation of page orientation depending on whether you hold it with your left or right hand.

As for materials, Amazon’s new e-reader has a thin 3.4mm display and new aluminum back that boasts heightened durability. Despite this new casing, the device comes in at a relatively light 194 grams. In comparison, the 2017 Aura H2O is 207 grams.

The new Oasis comes in two storage options: 8GB and 32GB, the latter of which is designed to hold larger files like audiobooks, comics, newspapers and magazines.

The new font settings and left-aligned text is also now rolling out as a free, over-the-air update to Kindle Paperwhite (Gen 6 released in 2013) and newer Kindle devices.

The 8GB model is the one priced at $389.99 and it comes with just Wi-Fi enabled, while the 32GB model has both Wi-Fi and cellular connectivity and is priced at $489.99. The company says both are going up for pre-order immediately, and will begin shipping October 31st.