Taylor Swift is launching her own social network, because nothing makes sense 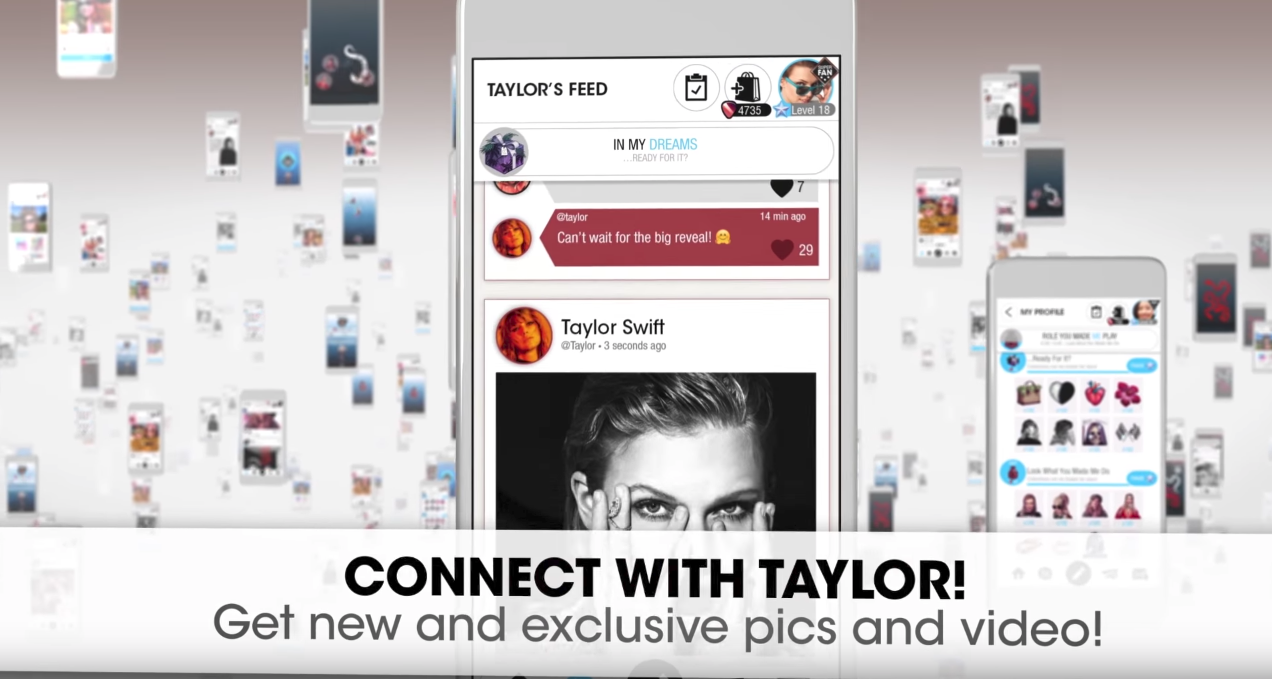 The new app, which is developed through a partnership with Glu, the same studio that has worked on popular mobile games like Katy Perry Pop (which flopped and has been removed from app stores), Britney Spears: American Dream, Nicki Minaj: The Dream and one of the most lucrative mobile games on the market, Kim Kardashian: Hollywood. Fun Fact: Glu also has a Toronto-based office.

A press release about the game reveals few details regarding the project, though Nick Earl, Glu’s CEO, refers to the app as “a new digital entertainment project.” The app itself even goes so far as to borrow key design elements from social networks like Instagram and Tumblr, complete with pop-up ads that look liked they travelled to 2017 in a time capsule from 2005.

For fans of Taylor Switch, the app does have a few exclusive features that actually make sense, though details are scarce. For example, the app will offer what the press release calls “exclusive” content and photos, as well as direct engagement with Swift.

This isn’t the first time we’ve seen a celebrity release a bizarre, fan interaction-focused app either. Rihanna released a Samsung-branded promotional app called Anti a few months ago and even actor Jeremy Renner released a music-focused app earlier this year.

Rest assured that given Glu’s track record in the freemium, microtransaction department, The Swift Life will likely be full of in-app purchases. Currently, however, we only know that Swift will be getting her own set of emojis called ‘Taymojis.’

The announcement video was published directly to Swift’s YouTube account and has the star closing off the clip with the line, “I think you guys are really going to like this. I mean, I hope. It would be preferable if you did.”

The Swift Life is set to be available on both Android and iOS.

Look what we made her do.