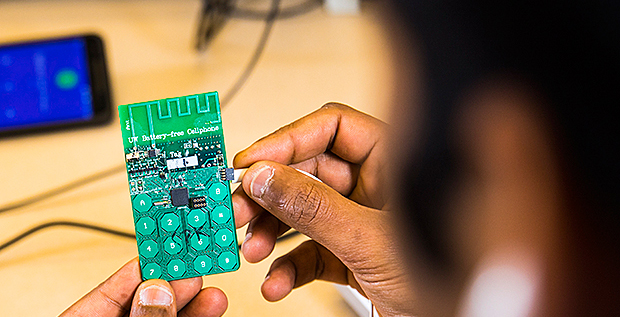 While I’ve spent much of my time as a technology writer harping on about the importance of battery life, I never really considered the possibility of doing away with that issue altogether.

Vamsi Talla and fellow researchers at the University of Washington are working on a project that does just that, however. Talla was recently profiled by the Institute of Electrical and Electronics Engineers (IEEE), who spoke with him about the battery-free cellphone he and his team are creating.

The promising device, supported by a Google Faculty Research award and three U.S. National Science Foundation grants totaling over $2 million USD, receives power from sunlight or radio frequency waves sent from a nearby base station — a point of communication for cell phones on a network.

Talla tells IEEE that using a technique called “backscattering” the phone can make a call by “modifying and reflecting” the same waves back to the base station. Talla reports that it was even able to make Skype calls. 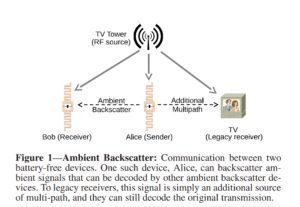 “The phone consumes only 3 microwatts of power—which is about 10,000 times less than what a current smartphone consumes,” said Talla in the interview.

While it’s clear that this device wouldn’t be one you’d necessarily use to stream high quality video, the benefits of a phone of limited functionality that never dies is immediately clear. It could be put to great use in emergency situations, and Talla says that they aim to make it a low-cost device, one that could take less than $1 to manufacture.

The real expense and effort takes place on the network side. For the battery-less cellphone to work, Talla and his colleagues had to create their own base station using a software-defined radio that cost about $3,500.

“We struggled because we’re essentially taking the smart technology away from the phone and simplifying it—which puts all of the complexity on the base station.”

The battery-less phone sounds like a fantastic way of providing cellphones to those who need them, and ensuring their constant usability. But can I tell you why it’s not likely to happen?

Re-read Talla’s last quote. Putting all the complexity and expense on the networks is not an idea that will go down well with most telecommunications companies, which benefit from putting that expense on consumers.