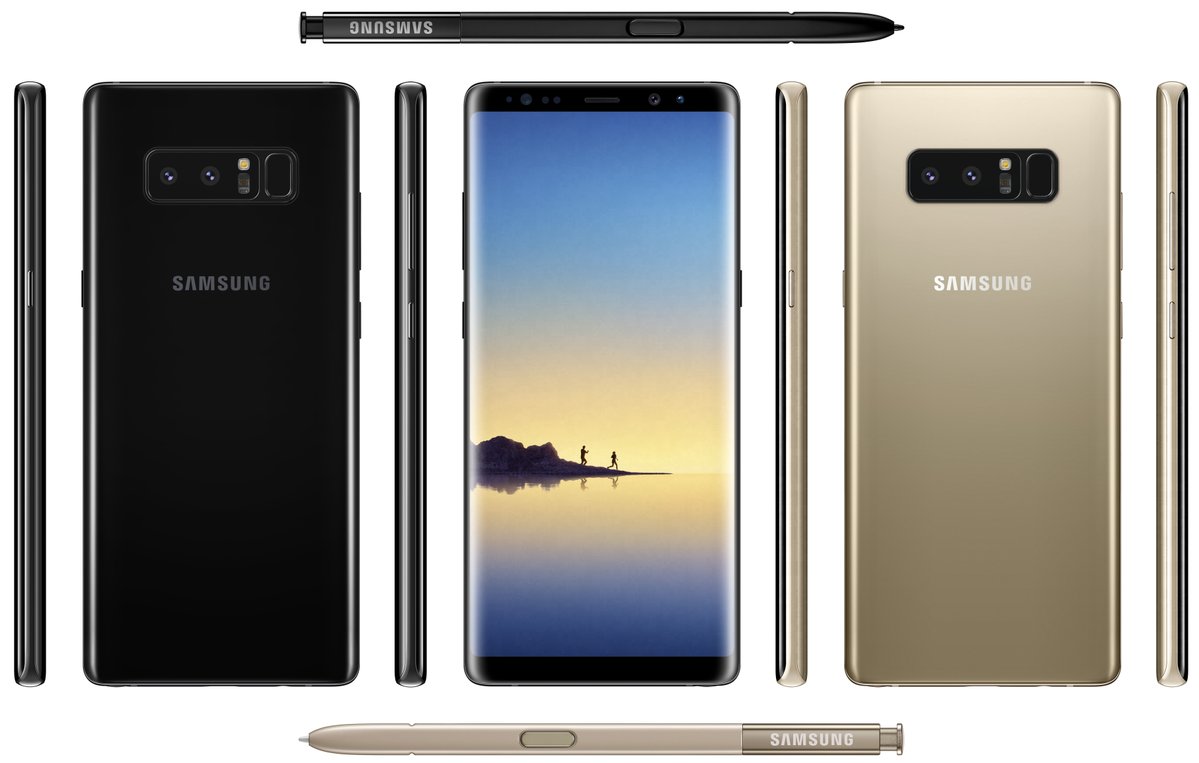 The Note 7 was my favourite smartphone of all time.

The device’s slow, painful demise and resulting recall was a fascinating example of how to not handle a major smartphone-related technical issue. Though, to Samsung’s credit, the company did eventually get out ahead of the problem and held a comprehensive press conference outlining how the South Korean tech giant intends to make sure an issue like the battery overheating issue the Note 7 suffered from never happens to one of its devices again.

While many have decried that the Note brand is dead, it’s always been clear that Samsung had plans to eventually bring back its ultra-successful flanker flagship smartphone brand in some form.

As is typical with the release of every Samsung device in recent memory, we know almost everything about the Note 8 prior to its reveal and release, at least if the barrage of leaks over the last few months have any truth to them.

Any way you look at it, however, Samsung has a lot riding on the release of the Note 8.

According to Evan Blass, the preeminent, almost always accurate smartphone leaker, the Note 8 is internally known at Samsung as both ‘Gr3at,’ while other publications have reported it as being called just ‘Great’ with an internal model number of SM-N950F.

We know that the phone’s unveiling is set for August 23rd at an event in New York City at 11am E.T/ 8am P.T., where Samsung says it will “reveal the latest memory of the Galaxy family.” The event’s invite features an image that depicts a phone with a Note-like outline and a stylus, as well as the words “do bigger things.”

A recently released teaser video (seen above) has also basically confirmed that this event will be focused on the Note 8.

It’s a larger S8+ with a stylus

The Galaxy S8, which was revealed on March 29th, ditched the physical home button in favour of an all-screen front called the “Infinity Display.”

It’s likely that Samsung has similar curved glass and minimal bezel design plans for the Note 8, unfortunately also complete with the same awkward rear fingerprint sensor featured in the S8 and S8+. This likely indicates that Samsung still hasn’t perfected the technology to allow fingerprint recognition functionality to be built directly into the phone’s display, similar to the the issues Apple has reportedly experienced with the upcoming iPhone 8.

Recent images posted by Evan Blass, as well as leaks from other sources, also seem to back up these claims, showing off the front, back and sides of the Note 8, as well as its now iconic S Pen. It’s worth pointing out, however, that the Note 8’s overall design seems set to be a little more boxy that the S8 and S8+.

Design-wise, it’s expected that the most significant change to the Note 8 will be its dual rear camera setup. The Note 8’s shooter is tipped to feature 3x optical zoom, giving the phone significant longer reach than the iPhone 7 Plus, as well as every other dual-camera smartphone on the market, including even the Asus ZenFone 3 Zoom and the OnePlus 5, two phones that feature a maximum optical zoom of about 2x. 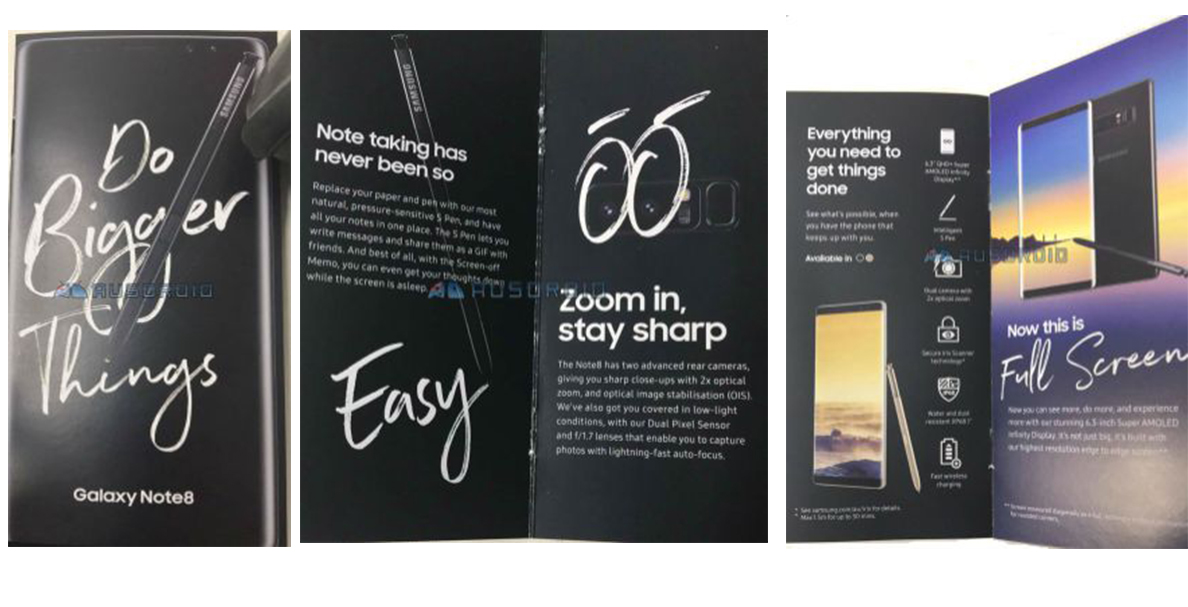 This would mark the first time a Samsung smartphone has featured a dual-rear camera, moving the phone’s photography capabilities in line with Apple, LG and Huawei, all companies that have been including dual-camera in their devices for a number of years.

In terms of megapixels — which, in fact, don’t actually matter that much when it comes to quality — the Note 8 is tipped to feature a 12-megapixel dual-camera on the rear and an 8-megapixel camera on its front.

Adding a dual camera system to the Note 8 could also indicate that Samsung will market the Note 8 as a photography first smartphone, rather than a device designed with productivity in mind like the company has with previous versions of the Note.

What about the specs?

While the specs of high-end smartphones are becoming increasingly less important when it comes to differentiating manufacturer’s devices, rest assured, Samsung’s latest smartphone is poised to pack a significant amount of power.

The Note 8 is tipped to feature a Qualcomm Snapdragon 835 CPU, 6GB of RAM and 64GB of internal storage with the ability to expect memory via a microSD card slot. 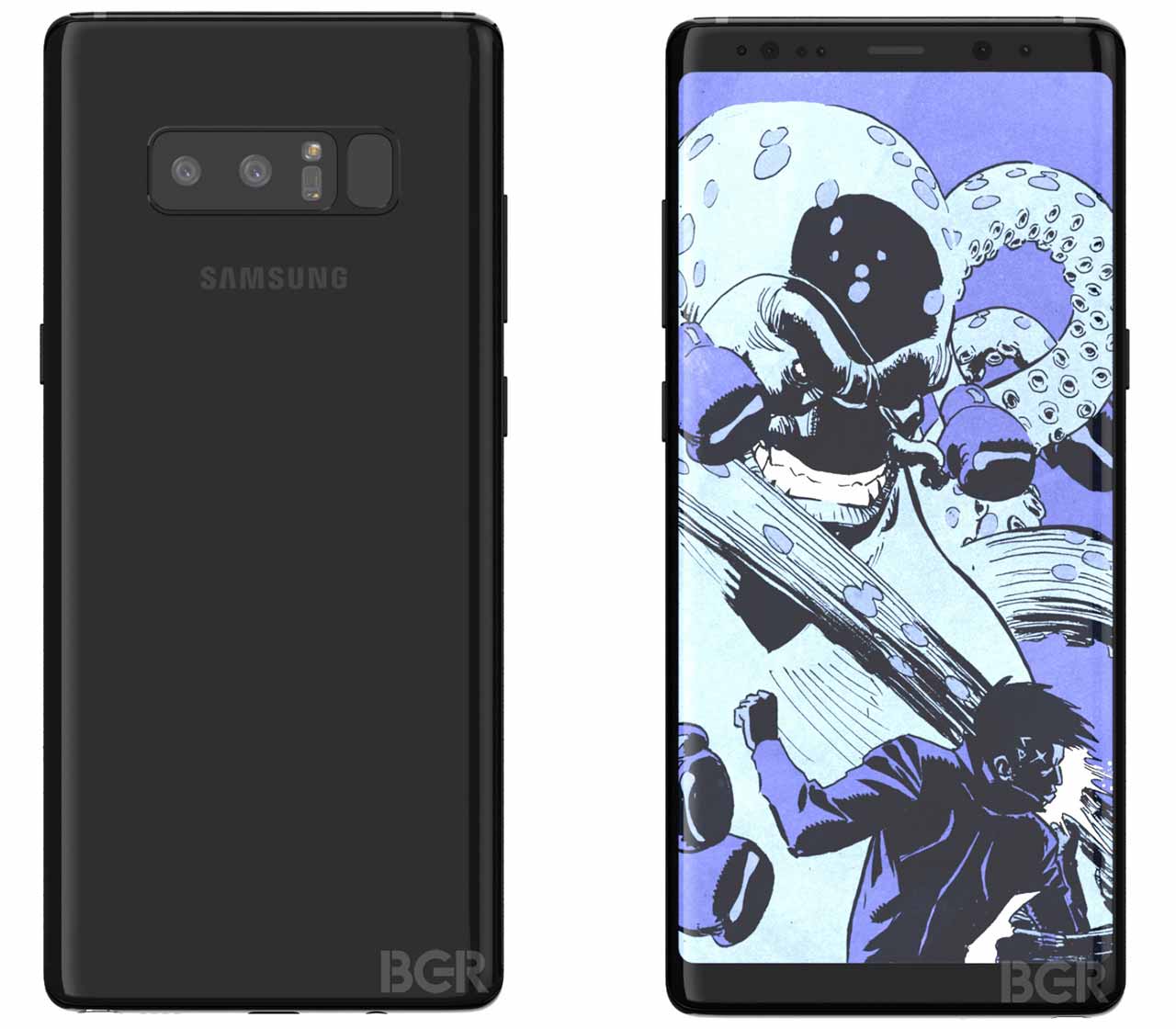 The phone’s display is rumoured to come in at 6.3 inches with 2960 x 1440 pixel WQHD+ AMOLED display and an 18:5:9 aspect ratio that matches the screen featured in the S8 and S8+. The Note 8 is also expected to be IP68 water resistant and will feature iris and facial recognition, as well as a 3.5mm headphone jack.

It’s also possible that the Note 8 could feature Samsung’s recently unveiled Xynos 8895 processor in specific regions, possibly even Canada. Other rumoured specs include 6GB of RAM, 3,000mAh battery, Bixby functionality, USB Type-C, fast/wireless charging and colours that include the following: Midnight Black, Maple Gold, Orchid Grey, Deep Sea Blue (it’s likely that only a few of these will be available in Canada).

We’ll have more on the Note 8, including Canadian pricing and availability, as well as extensive coverage of Samsung’s event surrounding the phone’s reveal on Wednesday, August 23rd.