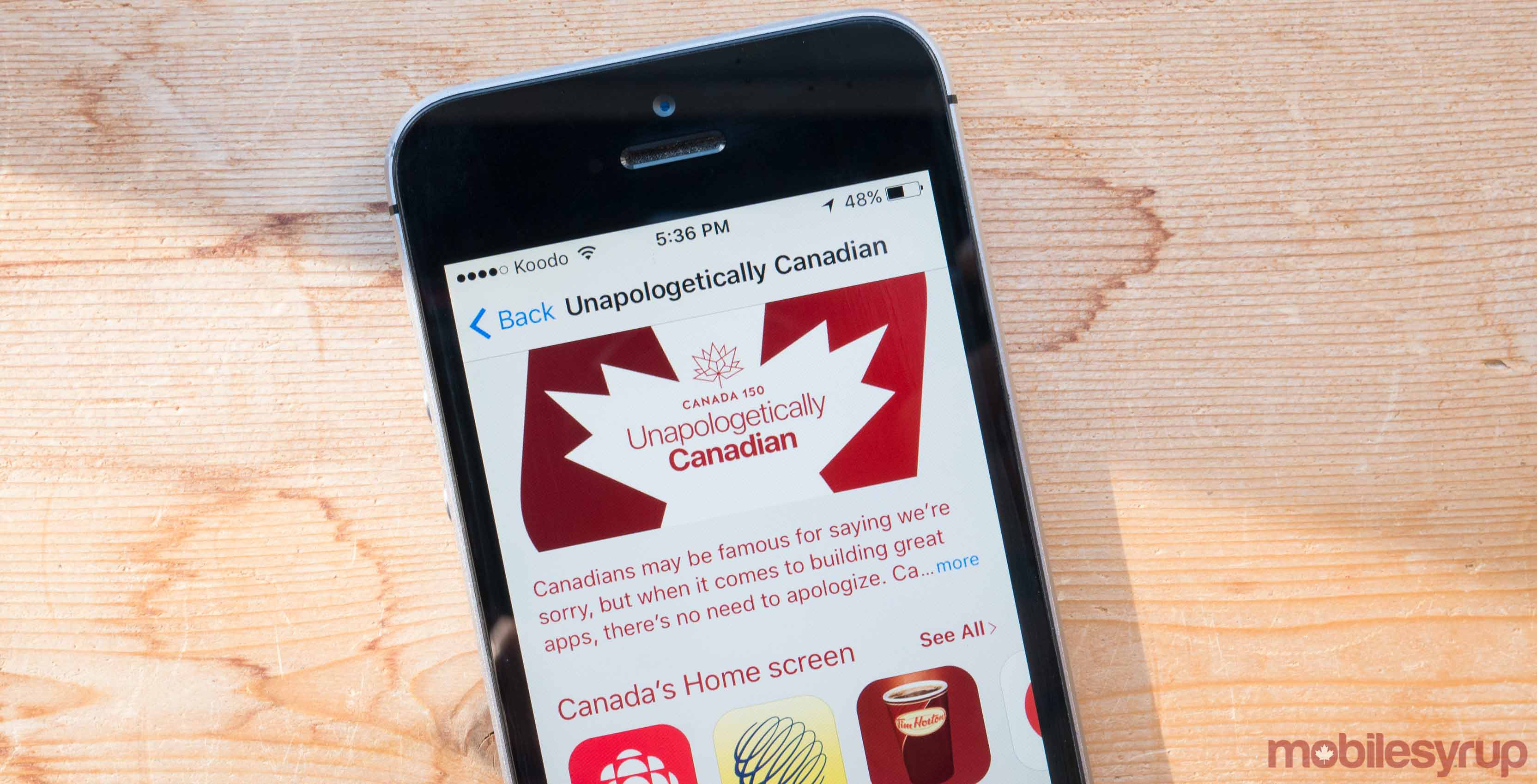 “Canadians may be famous for saying we’re sorry, but when it comes to building great apps, there’s no need to apologize,” Apple writes on the App Store. “Canada is home to some of the world’s greatest talent, and we’re thrilled to celebrate these inspiring creators as part of Canada’s 150th birthday.”

Under this section is a variety of Canada-themed categories for all kinds of apps, including:

The new “Unapologetically Canadian” section is one of the many ways in which Apple has been commemorating Canada 150 on the App Store.