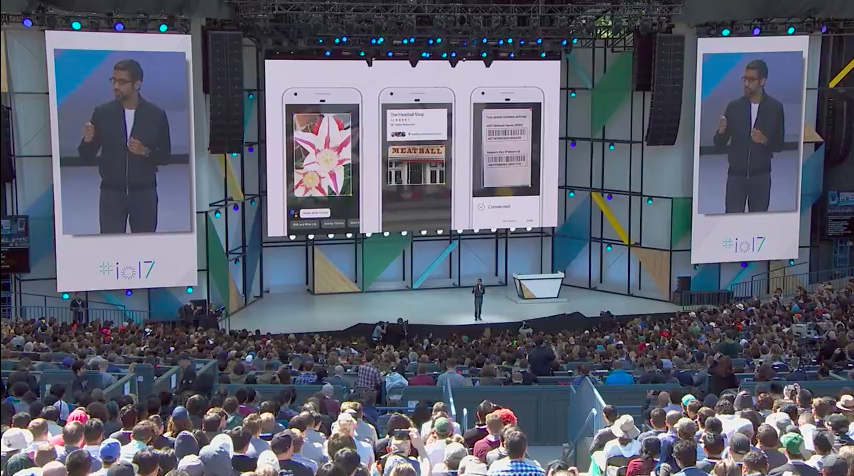 After describing voice and vision as the “new modalities” for computing following the standard keyboard and mouse, Google CEO Sundar Pichai has announced a new Google Assistant and Photos feature called ‘Google Lens.’

Lens is capable of scanning objects and instantly identifying them, with Pichai calling the platform a “set of vision-based computing capabilities.” An example shown off during I/O 2017’s keynote involved pointing Lens at a specific flower and then that fauna being instantly identified.

The technology is also capable of grabbing a username and password from a Wi-Fi router, a feature that resulted in cheers from the crowd at I/O 2017.

With Google Lens, your smartphone camera won’t just see what you see, but will also understand what you see to help you take action. #io17 pic.twitter.com/viOmWFjqk1

Pichai also said that Google Lens is capable identifying animals like a dog or a cat.

“If you ever been to a friend’s place and you’ve crawled under a friend’s desk just to get the username and password from their router, you can just point your phone at it [instead],” said Google CEO Sundar Pichai during Google’s keynote I/O presentation today.