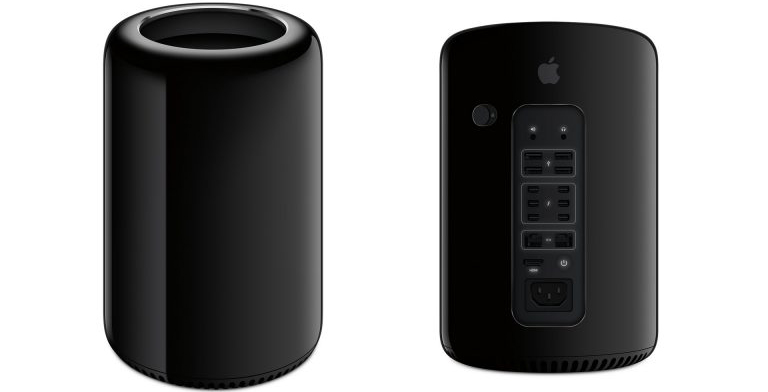 No modern virtual reality headsets are officially supported by Mac.

This is in part due to the fact that Mac doesn’t exactly have a reputation for being a gaming-focused platform, but also because even the company’s rapidly aging Mac Pro cylindrical computer — its highest-end offering — isn’t powerful enough to run either the Oculus Rift or the HTC Vive.

“We are in the process of what we call ‘completely rethinking’ the Mac Pro,” said Phil Schiller, Apple’s SVP of worldwide marketing, in an interview with TechCrunch, as well as a variety of other publications, last week.

The Mac Pro, originally introduced back in 2013, was built around the idea that multi-GPU architecture would eventually evolve into the basis for high-end computers. This strategy, however, didn’t pan out and most resource intensive rigs utilize a single dedicated, very powerful GPU.

Given the Mac Pro’s design — a CPU on one side and a GPU on the other two — the computer was created with even heat distribution in mind. Because single GPU-optimized applications force the system to hit a thermal bottleneck before it’s able to reach peak performance, the Mac Pro is less than ideal for resource heavy editing applications, the entire reason for devices existence in Apple’s lineup.

“I think we designed ourselves into a bit of a thermal corner, if you will,” said Apple’s senior vice president of software engineering, Craig Federighi, during the roundtable interview. “We designed a system that we thought with the kind of GPUs that at the time we thought we needed, and that we thought we could well serve with a two GPU architecture… that that was the thermal limit we needed, or the thermal capacity we needed. But workloads didn’t materialize to fit that as broadly as we hoped.”

In the same interview, Apple said that high-power computing tasks are now more important to Apple given the company’s interest in virtual reality. If it’s own engineers and developers are experimenting in the VR and VR space, the tech giant needs Apple-made devices powerful enough to handle the task working in this burgeoning area.

Apple said that it has plans to release an upgraded Mac Pro later in 2017 and that a full revamp focused on modularity will release sometime in the future, just not 2017.

Apple has announced a performance bump to the existing Pro designed to make the line faster and cheaper. The tech giant has cut the price of its 6-core Intel Xeon processor, dual AMD FirePro D500 GFX rig down to $3,499 CAD and is adding another $4,699 build that features an 8-core processor and dual FirePro D700 graphics.