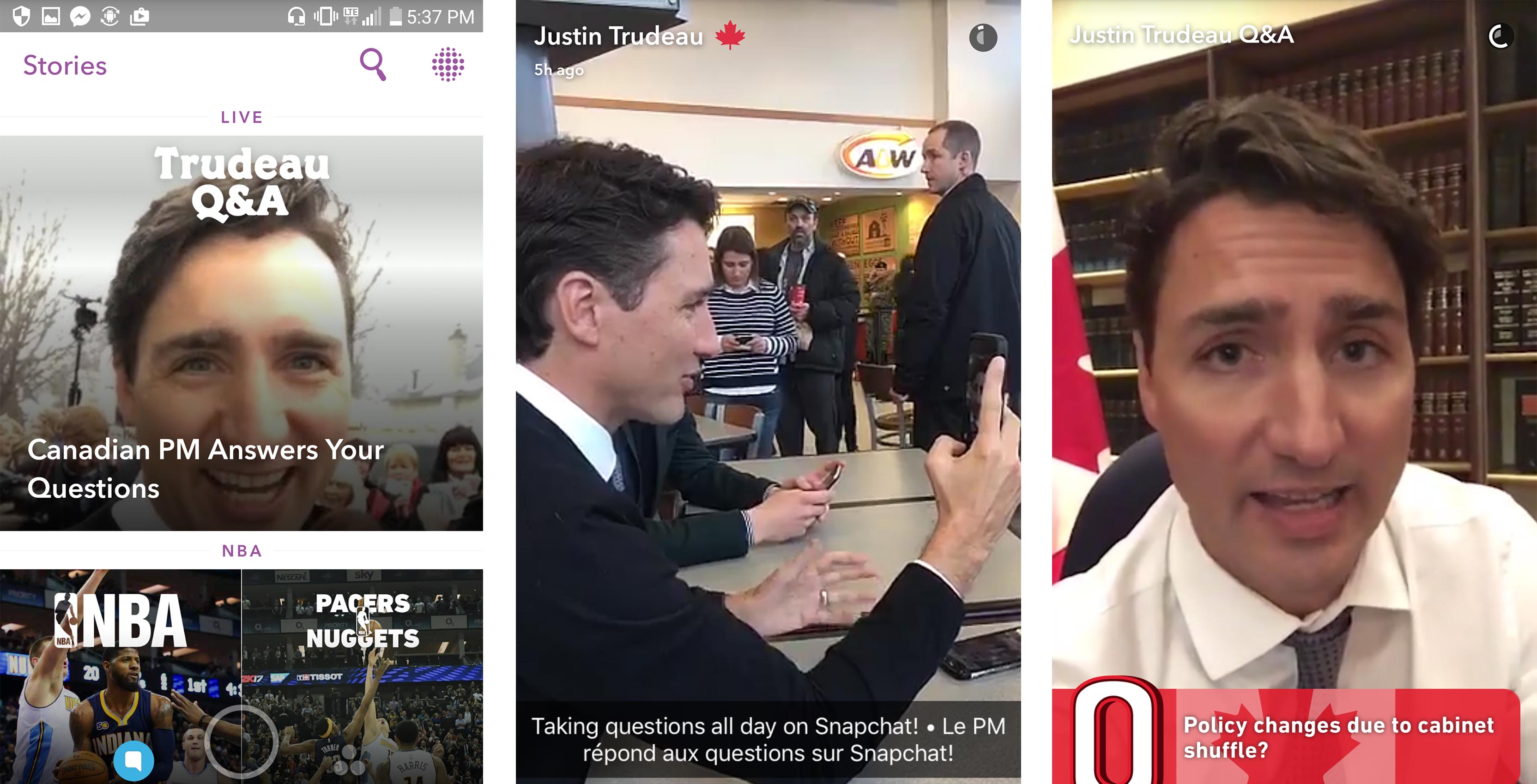 Not long after becoming the first Canadian Prime Minister to ever have a Snapchat account, Prime Minister Justin Trudeau continues to break new ground on the ephemeral video and photo-sharing app.

On January 12th, the Prime Minister became the first politician to ever host a Snapchat Q&A Live Story, answering the questions of college students across Canada while simultaneously visiting Town Halls across Ontario. Previously, only celebrities like Kevin Hart and Selena Gomez have held such valuable real estate on the millennial-popular app.

The questions, answers and other content from the day can be found in a prominently-displayed thread in the Stories section of the app until 4PM PT/ 7PM ET January 13th in Canada, the U.S., the U.K., Ireland, Australia and New Zealand. 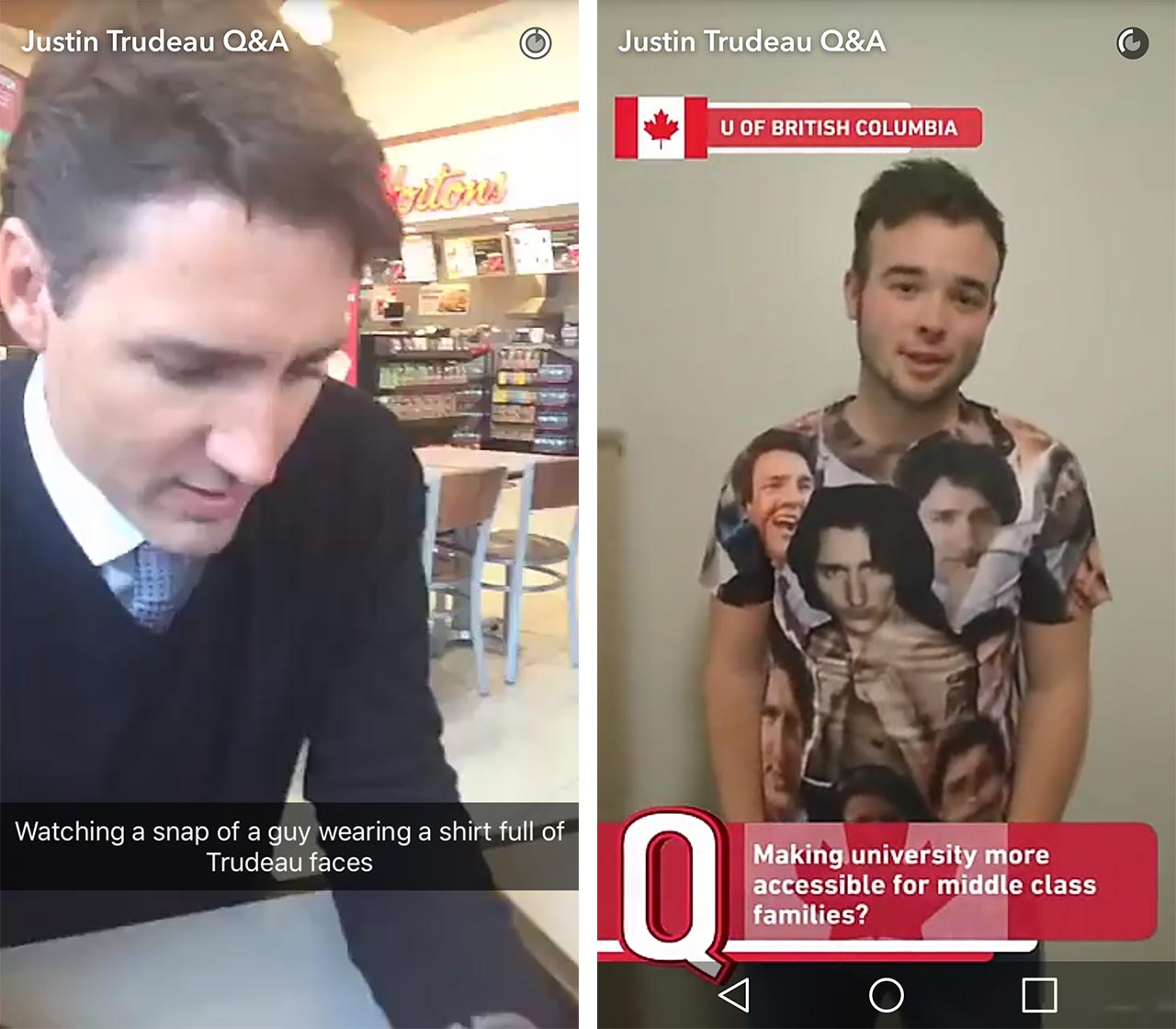 Most questions were lighthearted or and touched on subjects such as the PM’s hair or what items he would bring to a deserted island that all start with ‘T,’ but some were more hard-hitting, such as a question about his controversial decision to sign-off on two major pipelines in November and one that vaguely referenced the Trump administration.

Prime Minister Trudeau is among very few world leaders to use Snapchat as a communications tool. Others include the French President, Polish Prime Minister, Argentinian President and Irish President.