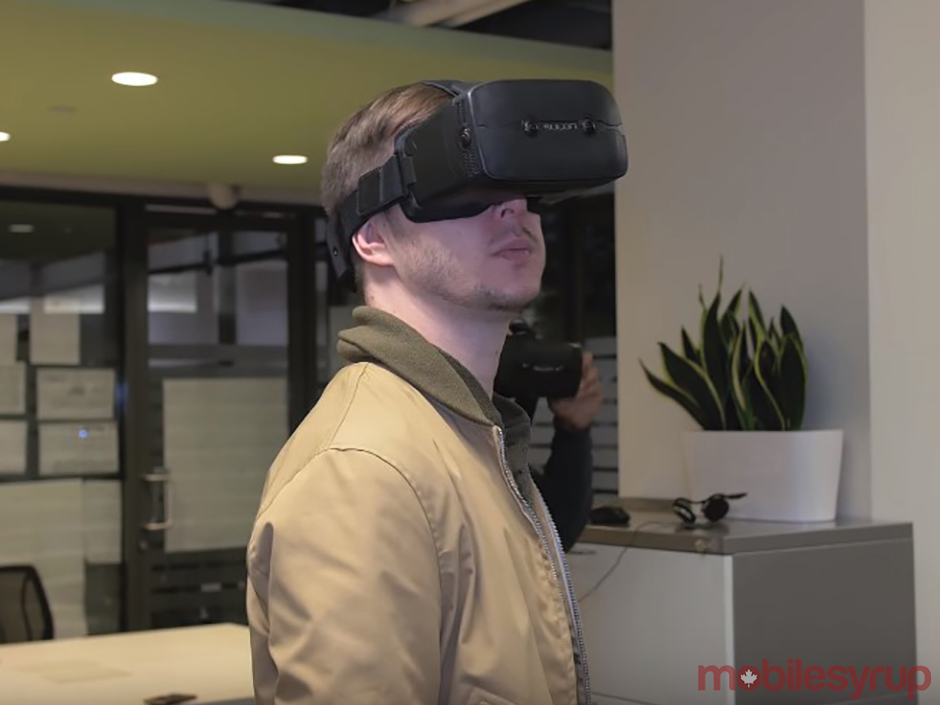 At least, that’s what Markham-based Sulon believes. At the We are Wearables Toronto meetup this week, the company demo’d its all-in-one headset, an end-to-end take on exploring virtual worlds in mixed reality.

Designed as a standalone device, the Sulon Q stands out from the current in-market VR and AR devices, though the company unfortunately did have its thunder slightly stolen by Oculus’ announcement of its own standalone AR headset code named Santa Cruz. The Sulon Q features ‘inside-out’ tracking, meaning it doesn’t require ‘room-scale’ cameras to track user movement or separate controllers for gestures. Windows 10 running on the device also means it doesn’t need to be tethered to a high-end PC, allowing users to conceivably take the Sulon Q outside (VR in the park, anyone?).

To achieve its “wear and play” dream, Sulon had to cram a significant amount hardware into the Q, including an AMD FX-8800P processor — with Radeon R7 Graphics and Graphics Core Next architecture, the Q is rocking 8 GPU cores — and a Spatial Processing Unit custom-designed by the company. It’s the SPU that allows the Sulon Q to track movement and orientation without any external help, and the integrated architecture to mix high-fidelity AR and VR content with high frame rates and low latency, and a much larger field of view than competitors (110-degree versus the Hololens’ ‘windowed approach’ to AR).

But how does that all blend together into a ‘mixed reality’ user experience? Surprisingly well. 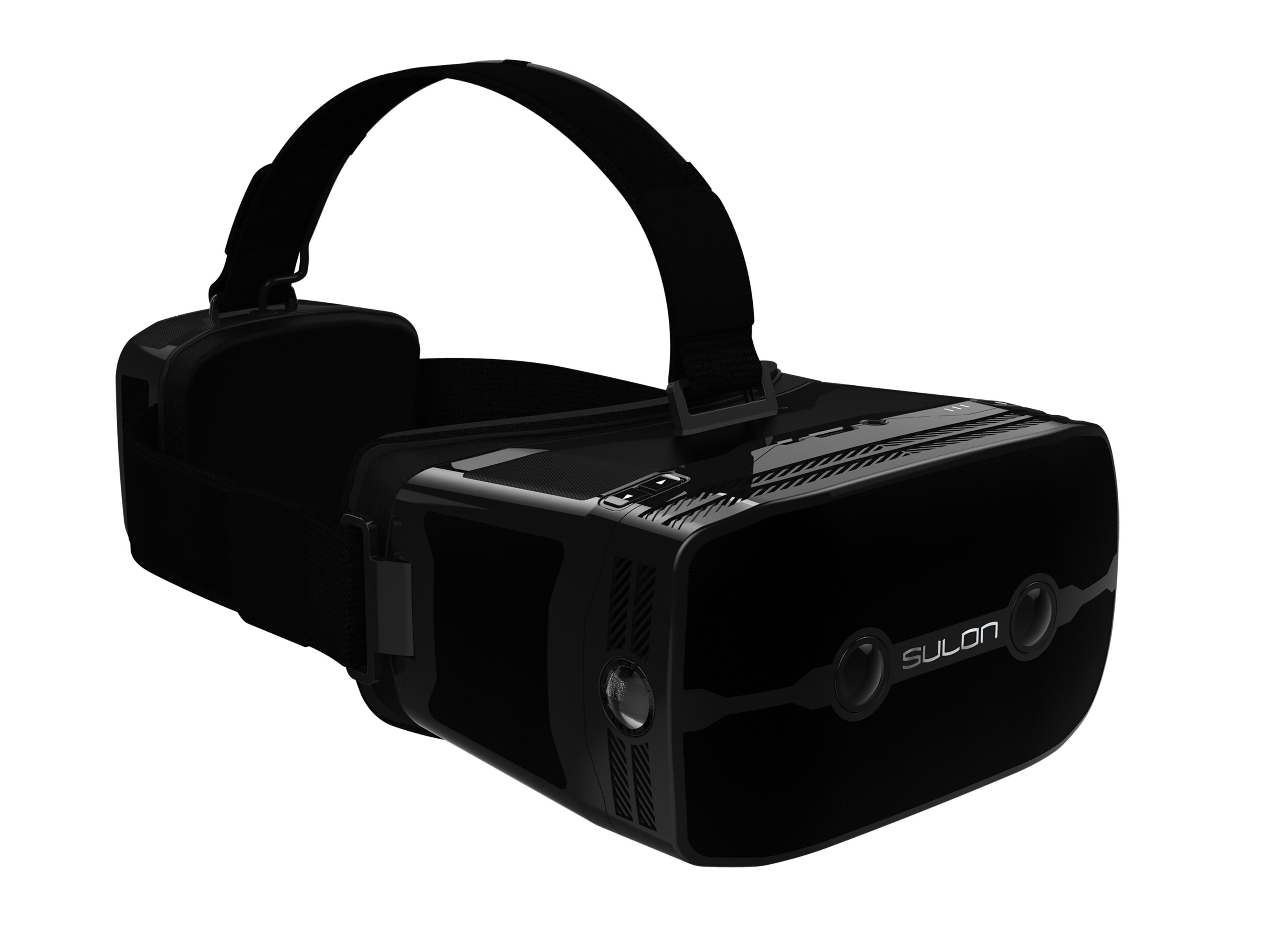 The Magic Beans demo I tried on the Sulon Q offers a prime example of how AR and VR can mix together to provide a novel experience. In Magic Beans, the demo starts in whatever actual room you’re in, until a giant beanstalk grows out of the floor, bursting through the ceiling and prompting the ire of a very large giant, who then pulls you out of the room to have a few choice words.

A very simple story, but one blending together significant technical prowess: the floor the beanstalk grows out of is your floor, and the ceiling it bursts through is your ceiling, demonstrating a pitch-perfect AR integration, but the world beyond that ceiling is pure VR. The experience of looking ‘around’ the jagged edges of the ‘real’ ceiling to peer behind the angry giant moments before he pulls you out of the real world and into his virtual world is not one I’ve had before. It’s also hard to explain with words, but that’s the point — you’re supposed to strap on the Sulon Q and dive in. 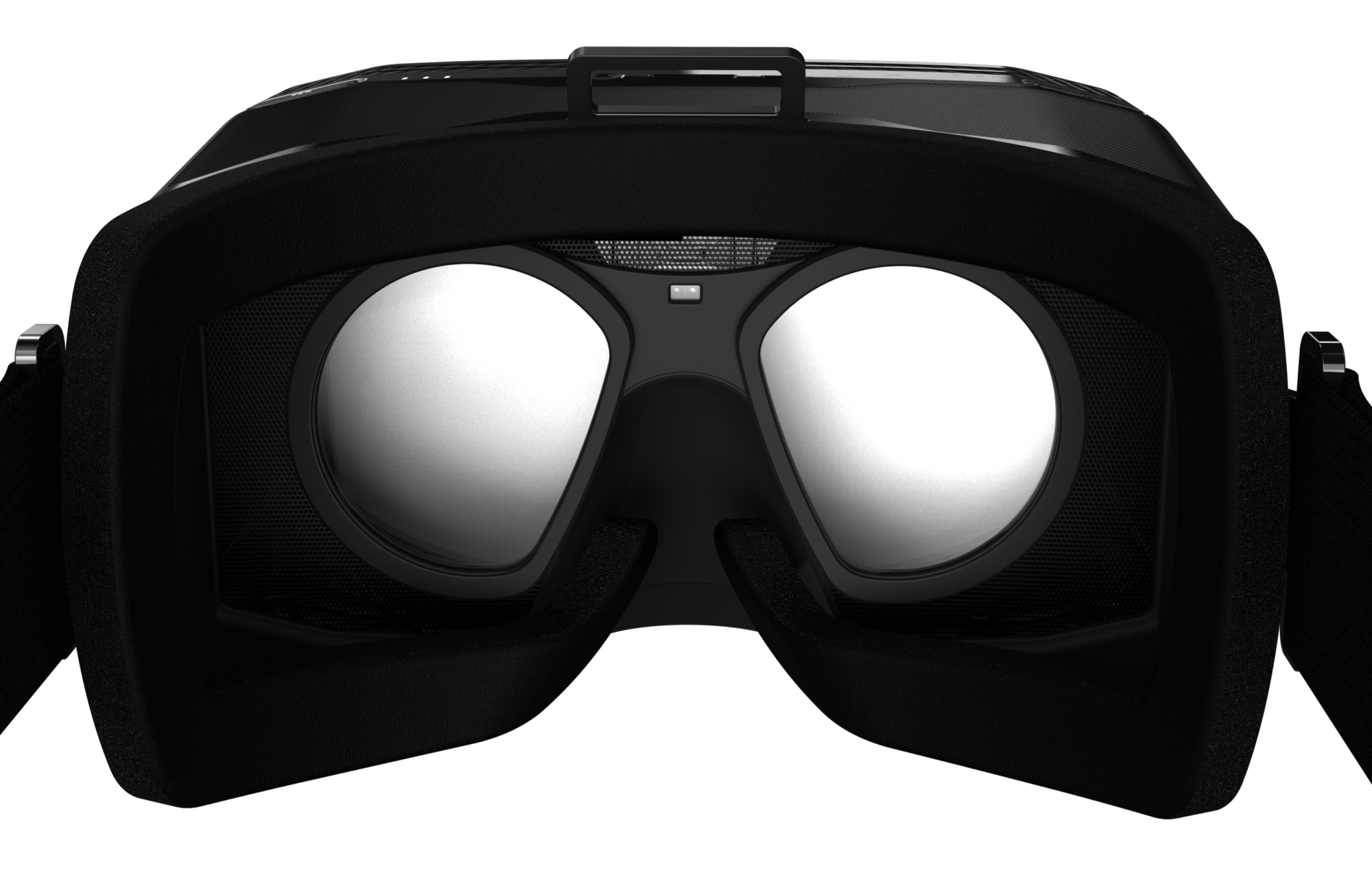 As to when you can strap on the Sulon Q and how much it’ll cost to do so, Sulon didn’t have much to say, although Oculus’ announcement that its own all-in-one device will be a mid-range priced device might offer a point of comparison. The version I tried wasn’t final hardware (expected specs are posted below), but was surprisingly lightweight (Sulon’s engineering team attributed this to better weight balancing, so it doesn’t feel like your head is being pulled forward and down). The final version will also come with high-quality ‘spatially optimized’ earbuds.

Hopefully, Oculus’ reveal will light a fire under the Markham-based team behind the Sulon Q to deliver ‘mixed reality’ to the masses sooner than later. There are giants to slay.