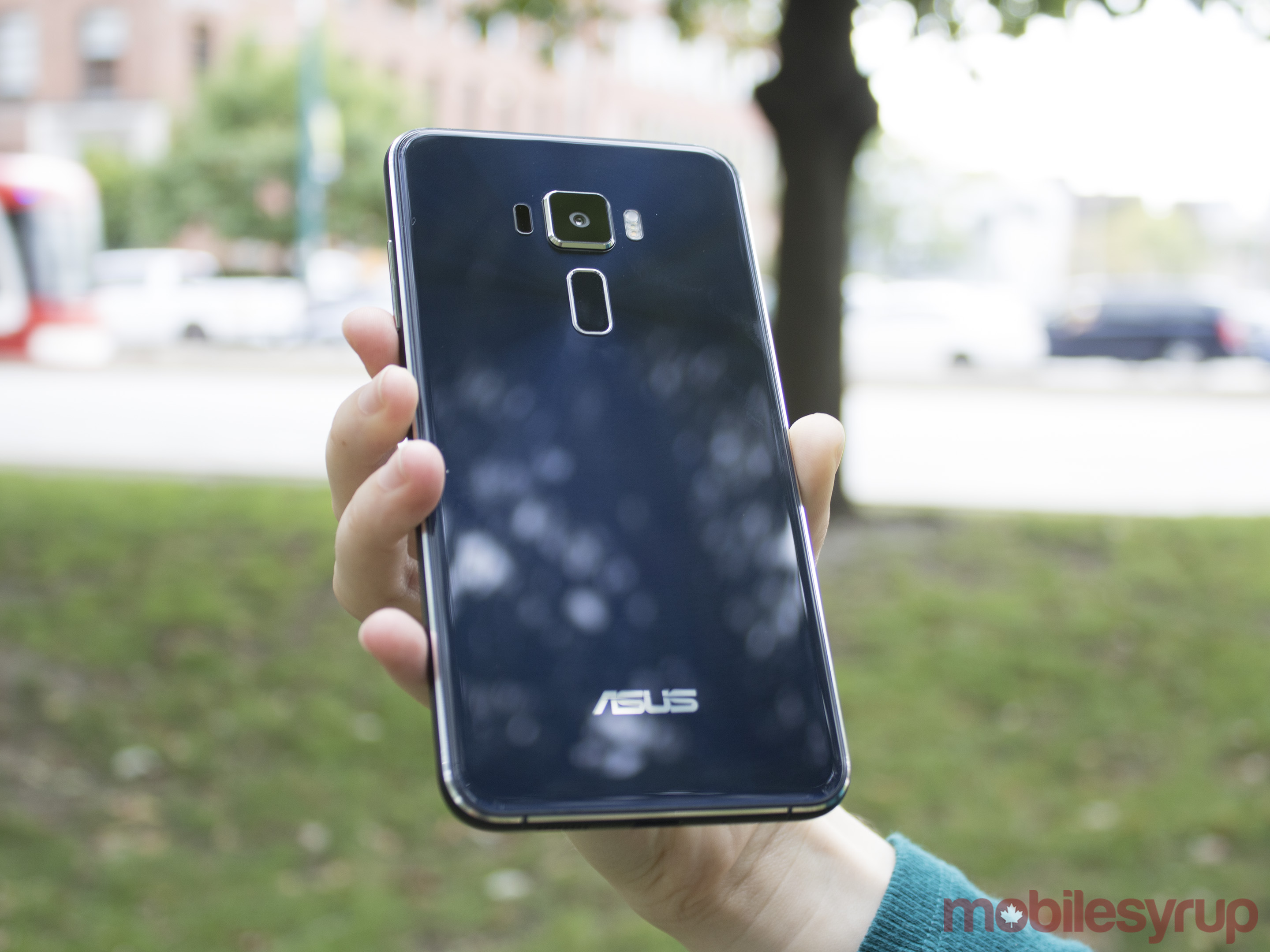 In May 2016 the Asus Zenfone 3 debuted, revealing a budget-friendly device with 4GB of RAM, Snapdragon 625 processor and a 16 megapixel rear-facing camera. Since then, all has been quiet on the Canadian front when it comes to pricing and availability of the intriguing new smartphone — until just this past this week.

Now, we here in the North finally know the facts. The phone is currently available at NCIX and DirectCanada, and will start shipping at Newegg on November 1st for about $430, putting it in the same price league as the Moto G4 Plus, ZTE Axon 7 and OnePlus 3.

A review of the device will be up soon on MobileSyrup, including how it fares against those handsets mentioned above — which are each notable in their own right — but until then, here’s a first look at the new (and very shiny) kid on the block. 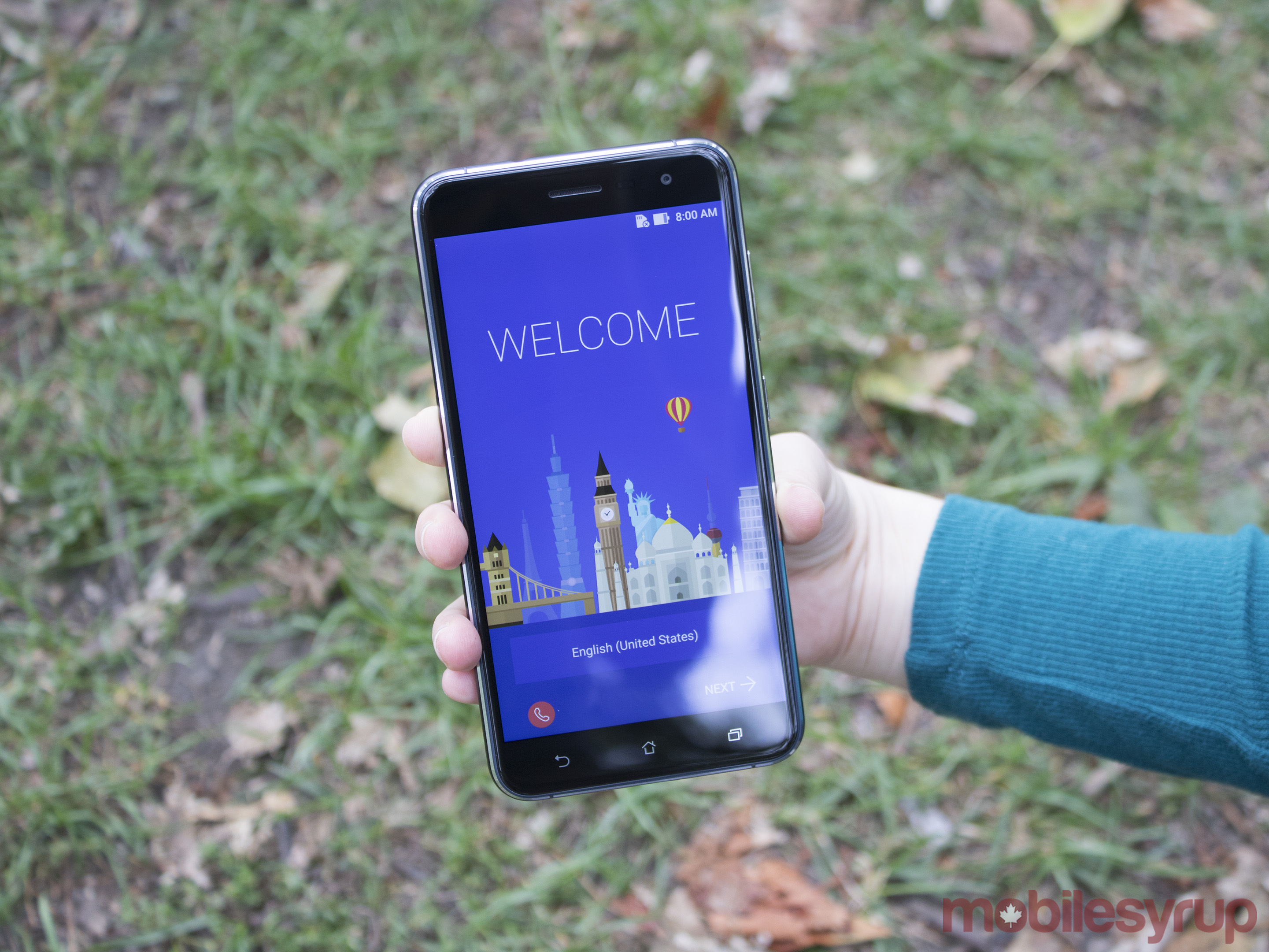 Overtop is Gorilla Glass 3, which is 2.5D contoured — meaning there’s a slight curvature to the glass at the edge of the display. Under the display the bezel holds the standard three home, return and apps touch buttons. 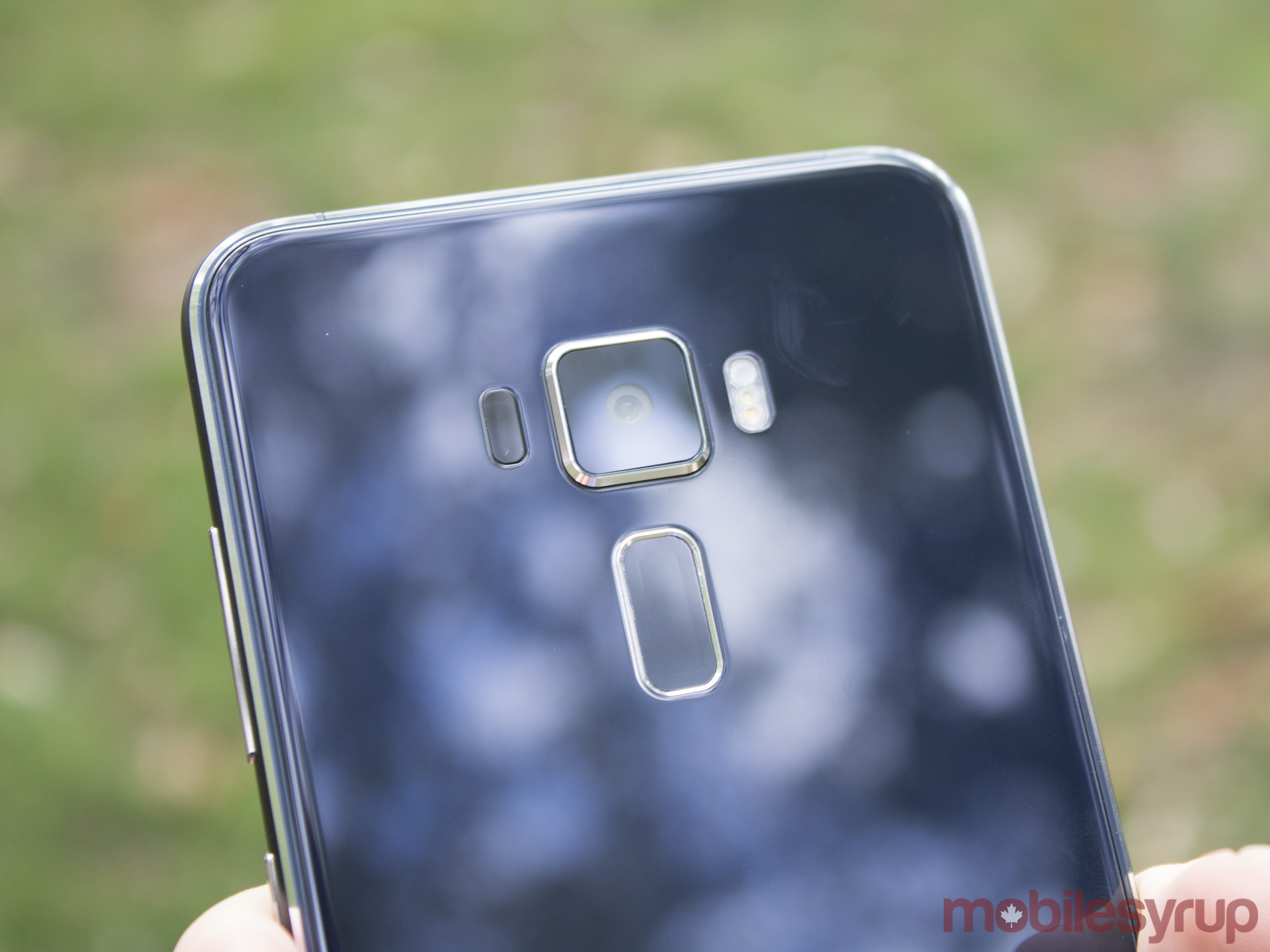 The Asus Zenfone 3 comes in ‘Sapphire Black’ and ‘Moonlight White.’ A Shimmer Gold option also exists, though it is skipping Canada. On the back is — to put it kindly — a unique-looking rectangular fingerprint scanner. The device is a respectable 155 grams (the same as the Moto G4 Plus, lighter than the OP3 or ZTE Axon 7), and comes in at 152.59 x 77.38 x 7.69 mm.

This makes it negligibly shorter than all but the Axon 7 and wider than any of the group by varying degrees. As for thickness, the ZenFone 3 is substantially thinner than the G4 Plus and beats out the Axon 7 by a lesser amount, but is thicker than the sleek One Plus 3. Altogether, it feels light and high-quality in the hand, with a cool metal frame running around the edges. The 3.5mm headphone jack is positioned at the top of the device, while the charging port is at the bottom and the volume rocker and power button are positioned on the right-hand side. 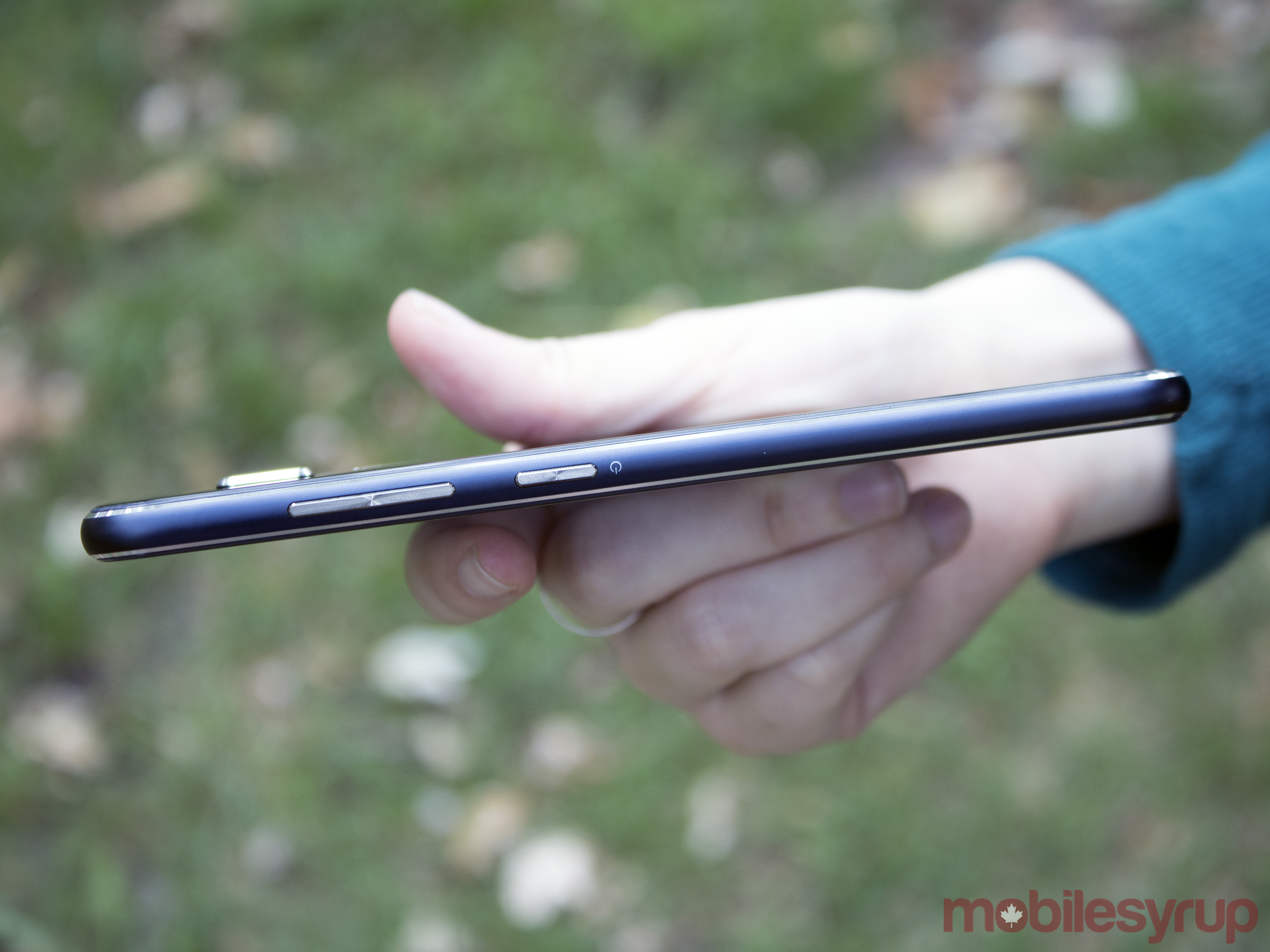 The slim device houses a 64-bit Qualcomm octa-core Snapdragon 625 processor, which runs at 2.0Ghz paired with 4GB of RAM and an Adreno 506 graphics processing unit.

In terms of internal storage, the base model comes with a whopping 64GB, which can be expanded up to 2TB. However, you’ll have to choose between expandable storage, and a second SIM slot — it can’t run both at once. 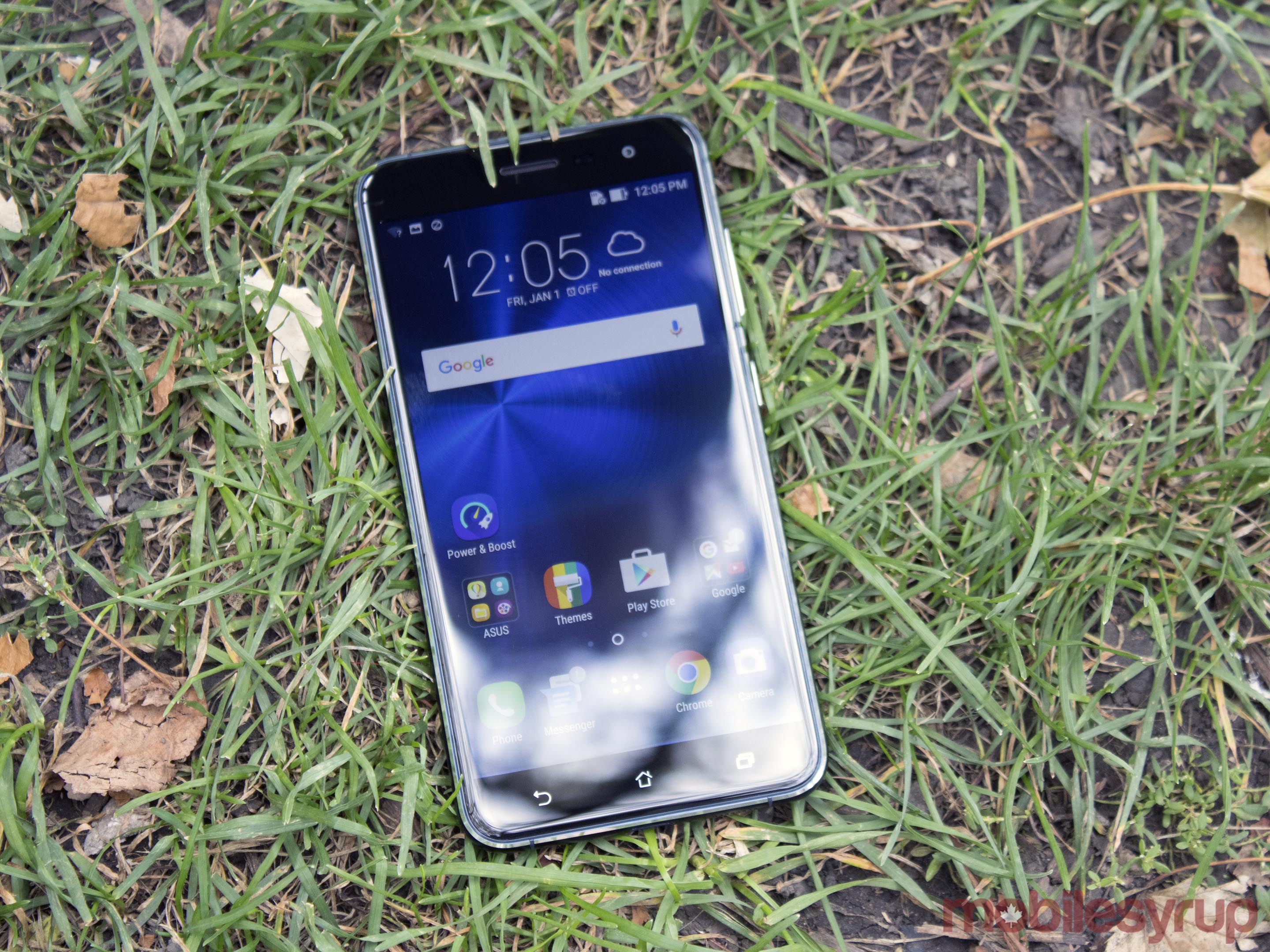 Out of the box, the smartphone runs Android 6.0 with a freshly updated Asus ZenUI 3.0 — a first look through shows a handful of Asus bloatware apps on top of what appears to be a fairly stock Android experience, though only further inspection will yield insight into just how far the company has strayed from that path. 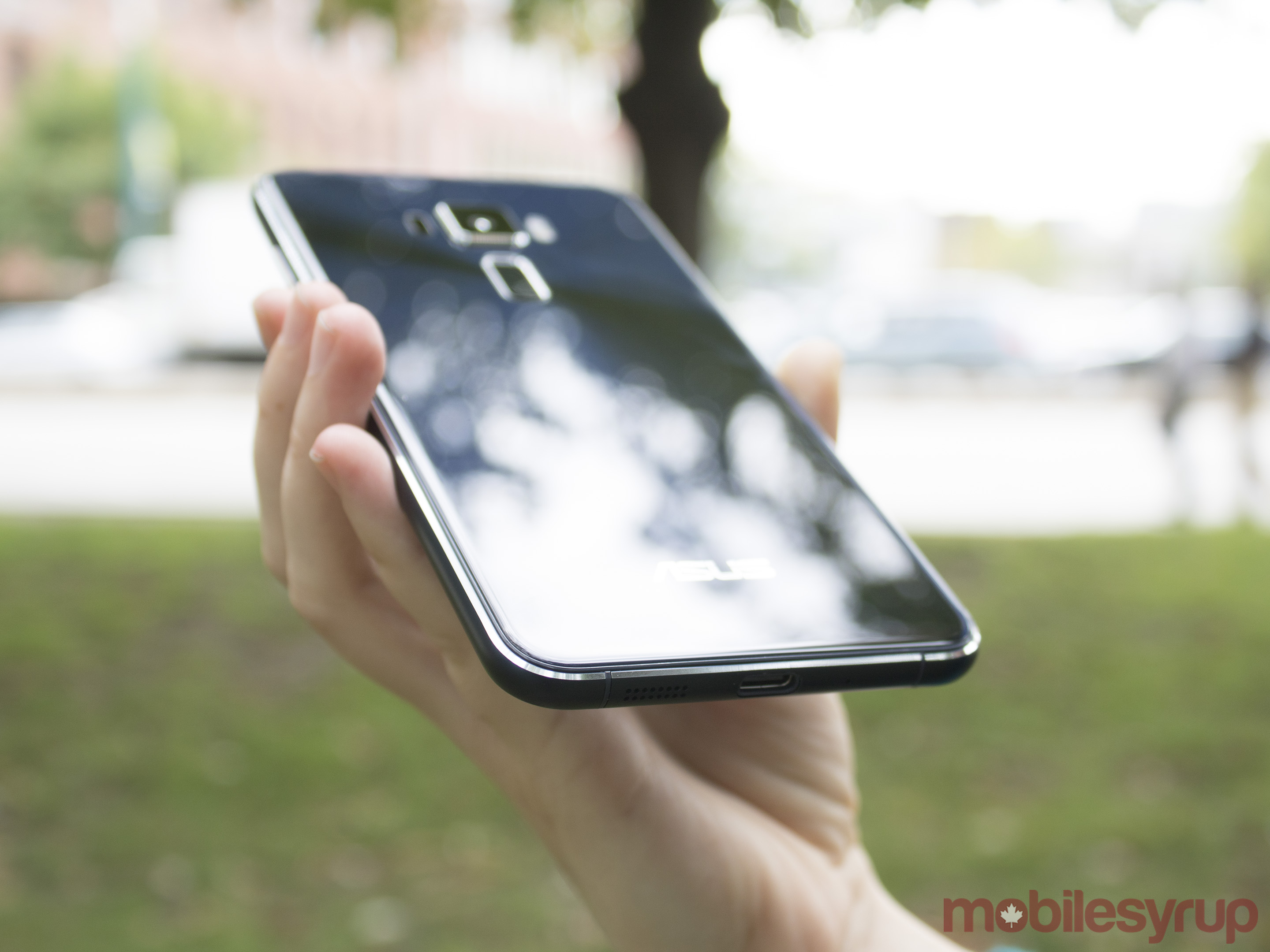 The camera package is the most prominently-touted aspect of the Zenfone 3, with Asus billing it as a device ‘built for photography.’ It features a 16-megapixel rear shooter with a f/2.0 aperture and purportedly .03 second laser auto-focus.

It also has 4-axis OIS and a dual-LED flash. Among the many camera modes that the handset features is a ‘Super Resolution Mode’ (that bumps up resolution by up to 4X), ‘Depth of Field Mode,’ ‘GIF Animation Mode’ and ‘Time Lapse Mode.’ As for the front-facing shooter, it’s eight-megapixels with a f/2.0 aperture and includes ‘Real-time Beautification Mode’ and ‘Panorama Selfie Mode.’ The rear shooter is also capable of taking 4K video with with 3-axis electronic image stabilization (EIS) — and can also take stills while recording video. 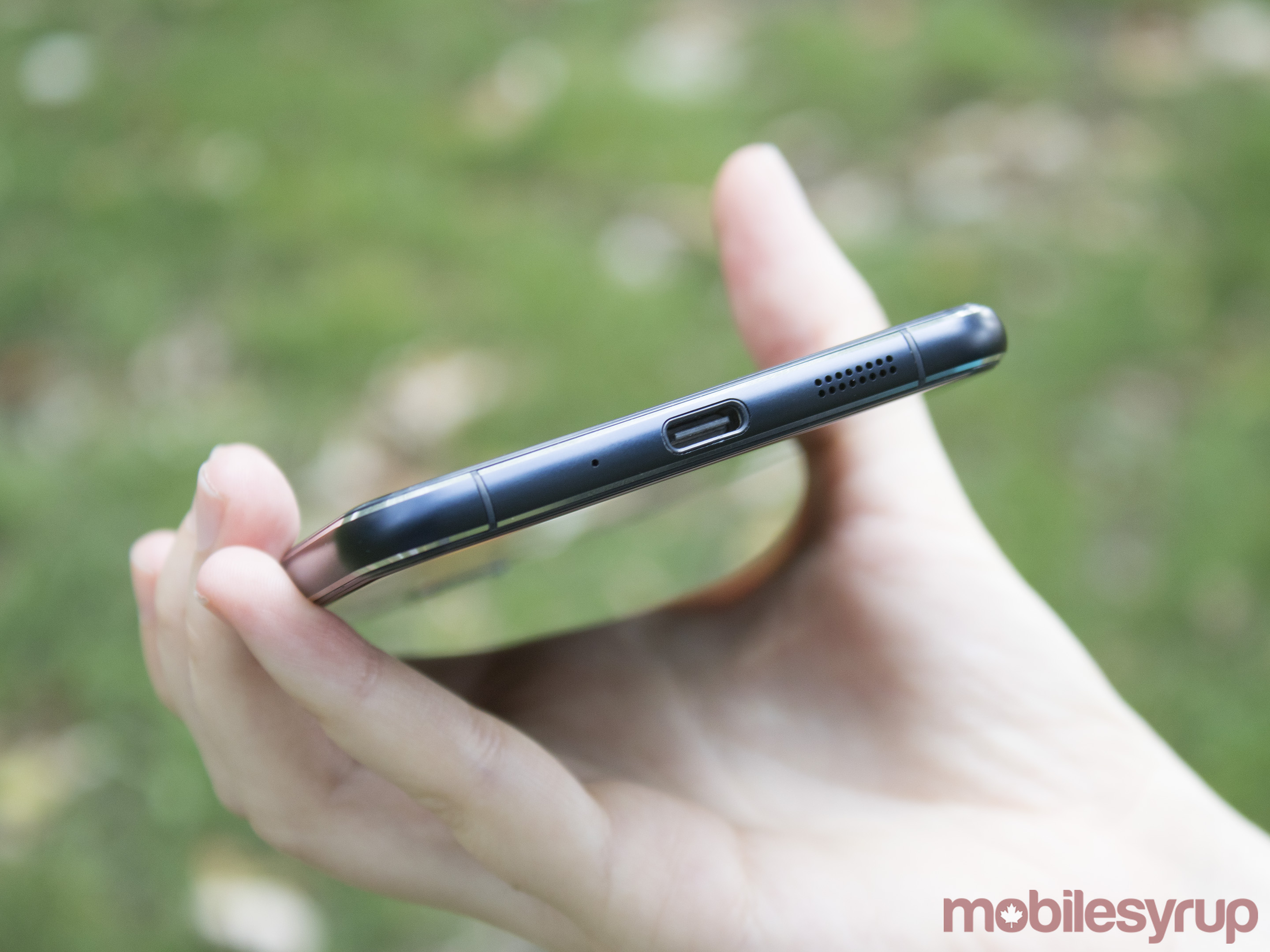 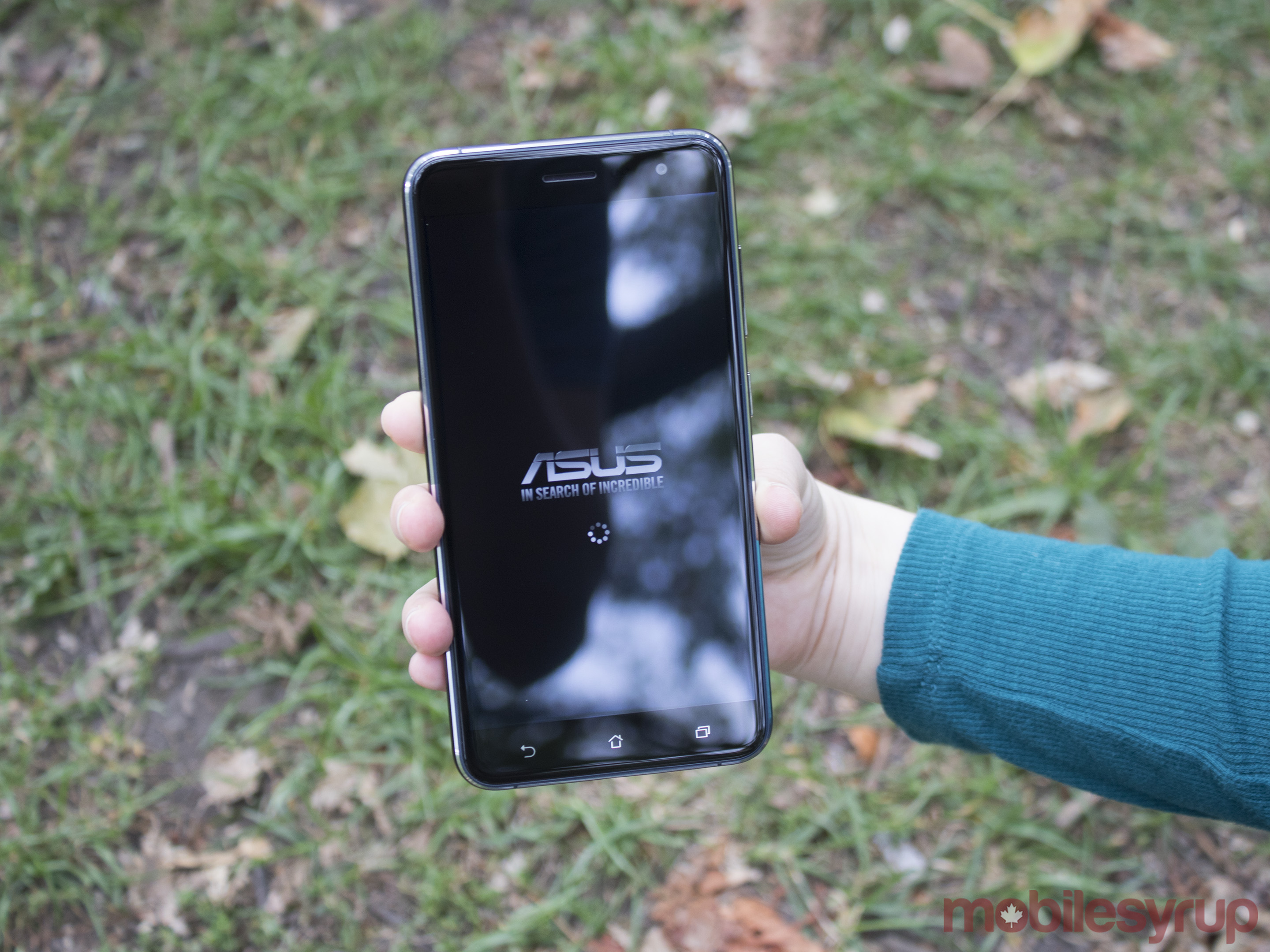