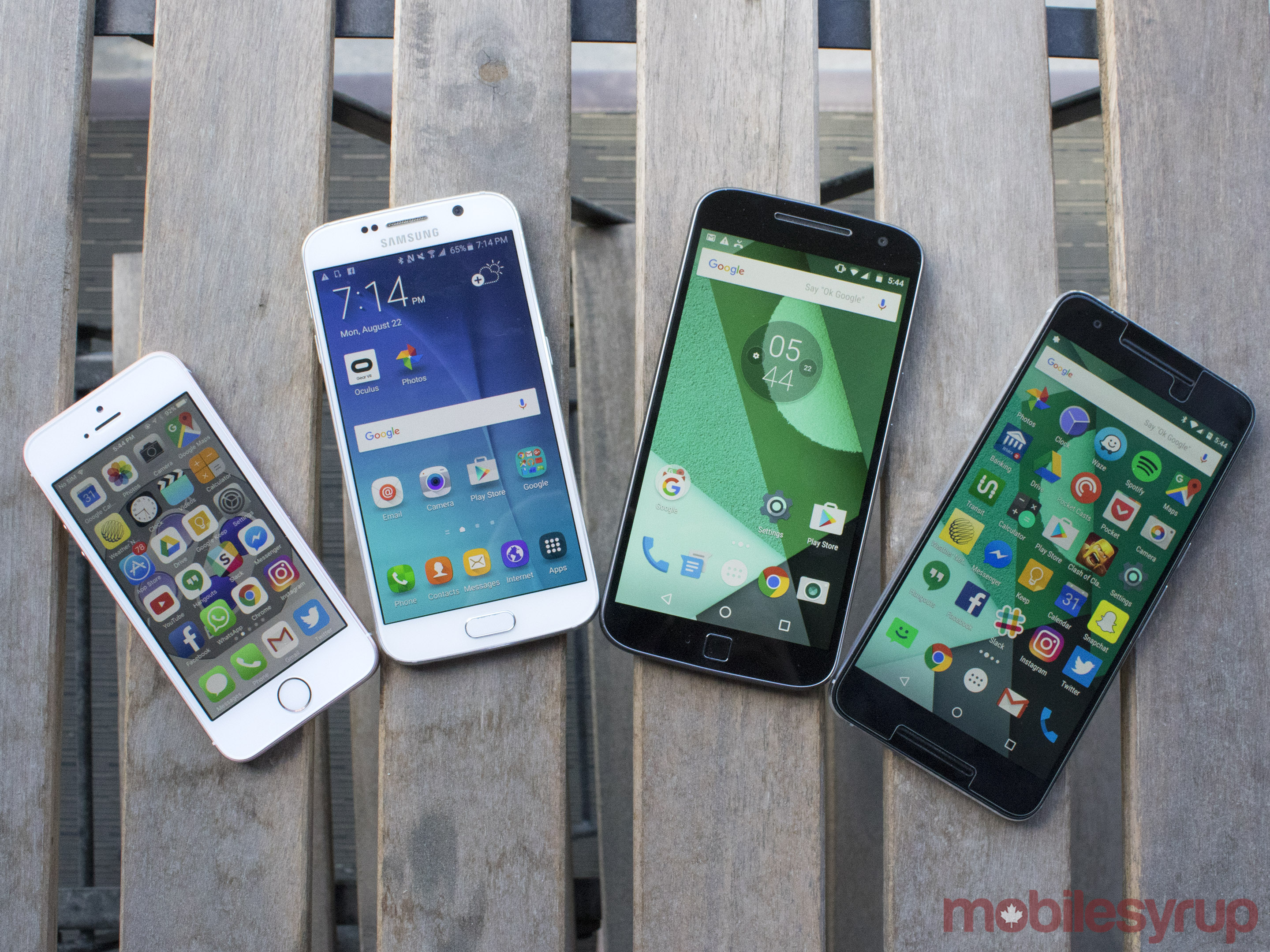 Are you headed back to school in the fall and in need of a phone that’s affordable, coming in the zero dollar range, but one that also still packs a hardware punch and looks cool?

The MobileSyrup team has put our collective heads together and created a list of smartphones available for $0 at a variety of Canadian carriers, that are still actually worth purchasing. 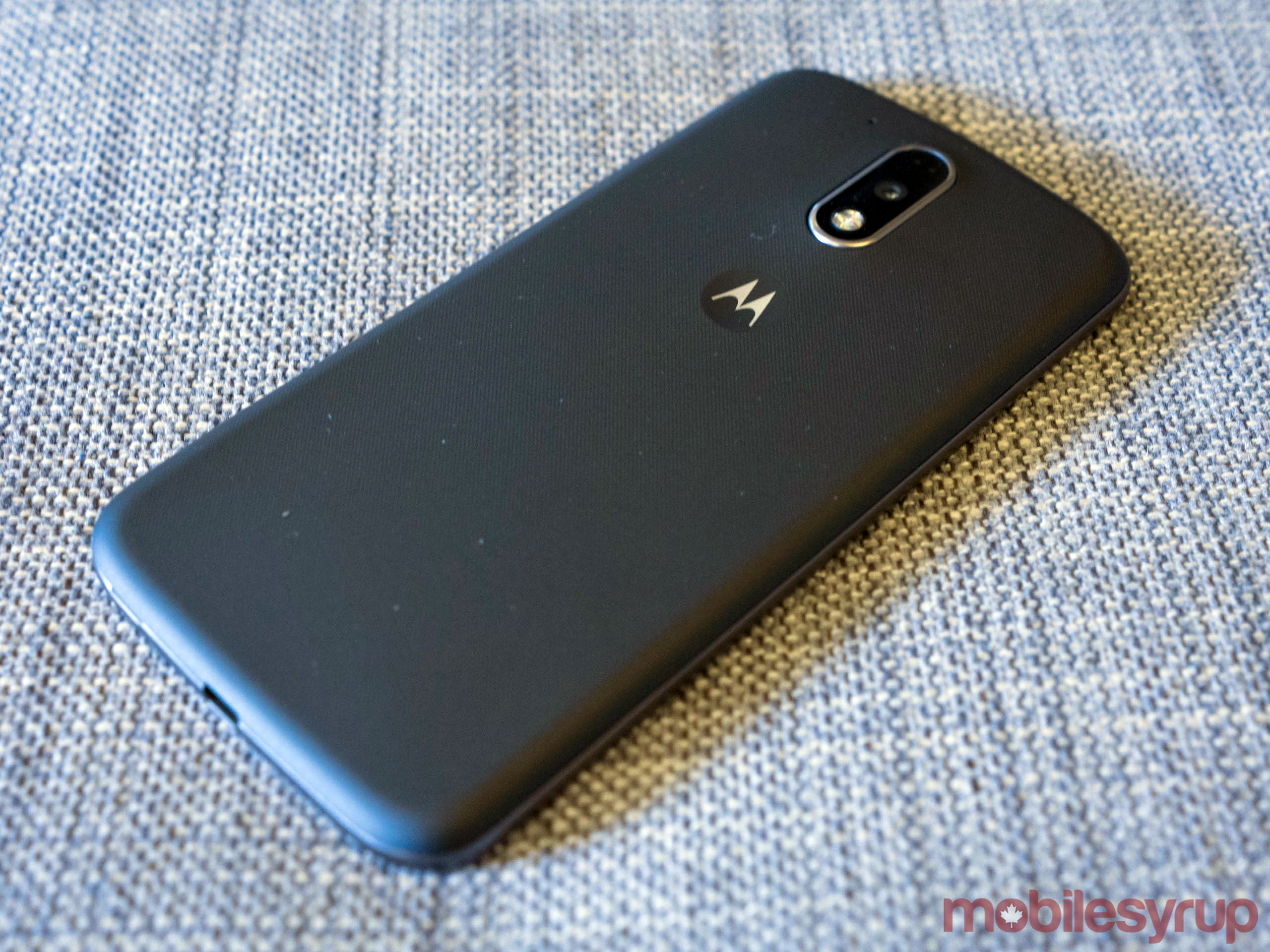 Motorola’s Moto G line of phones is often described as “the one that gets the job done,” and that’s exactly what they do. For anyone looking for a good-quality phone that doesn’t break the bank, the Moto G4 Plus is a great option. With a 5.5-inch 1080 x 1920 pixel display and Android Marshmallow, the Moto G4 Plus is able to hold its own among the world’s premium smartphones.

For those who are interested in most of the benefits of a premium phone at a mid-range price, the Moto G4 Plus is one of the top choices out there. While the G4 Plus is available in models that come with 16GB to 64GB of internal storage the 32GB storage with 3GB RAM carried by most Canadian providers is more than enough for the average student. In addition, the G4 Plus comes equipped with an excellent 16-megapixel camera, as well as a fingerprint reader, two features rarely seen on mid-range devices in the G4’s price range.

What makes this phone even more attractive for students is its zero dollar value among most Canadian carriers. Rogers, Bell, Telus, Koodo and others are carrying the Moto G4 Plus for $0 with most 2-year plans. The handset is also a great option for parents looking for an affordable phone to give their son or daughter starting university in the fall.

The Moto G4 Plus is available for $0 at Rogers,.

Related: Moto G4 Plus review: From budget to mid-range 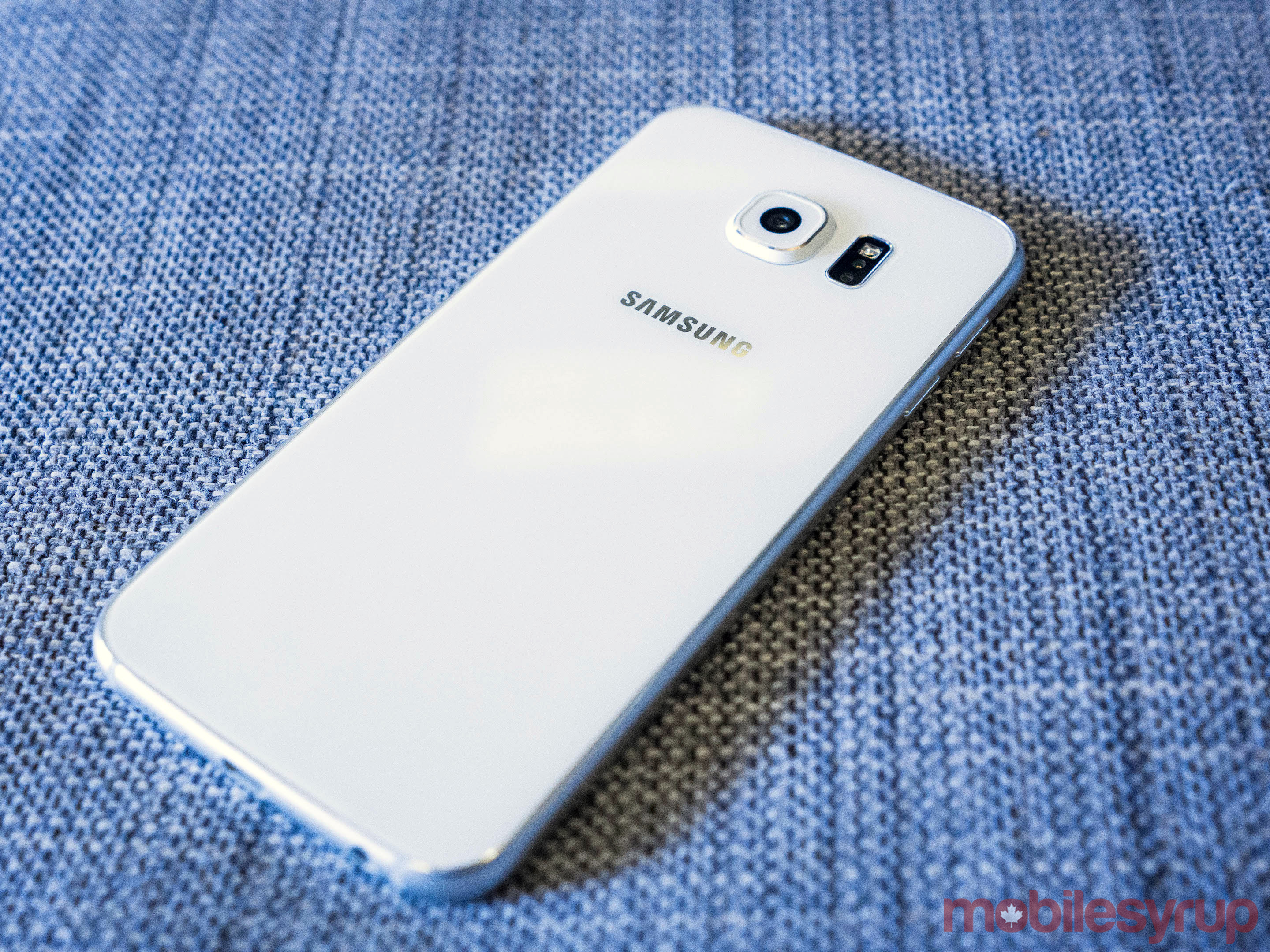 The S6 may be an ancient — at least in terms of the smartphone world — 1.5 years old at this point and while it doesn’t feature the sleek rounded sides of the S7 and S7 Edge, it’s still a solid, great looking smartphone. Comparably, we’d even go so far as to say that it’s better than some Android manufacturers’ current flagship devices, despite its lack of a micro SD slot and IP68 water resistance.

Since the S6 was ahead of its time in terms of screen resolution and quality, the phone rocks an impressive 1440 x 2560 pixel AMOLED display. It also features a Exynos 7420 Octa-core processor that’s beginning to feel a little dated, but still manages to hold its own when multitasking, playing games, taking notes and performing almost any task.

The S6 is available for $0 with Bell, Telus and Rogers and Koodo (with a $21 monthly tab charge for 24 months). 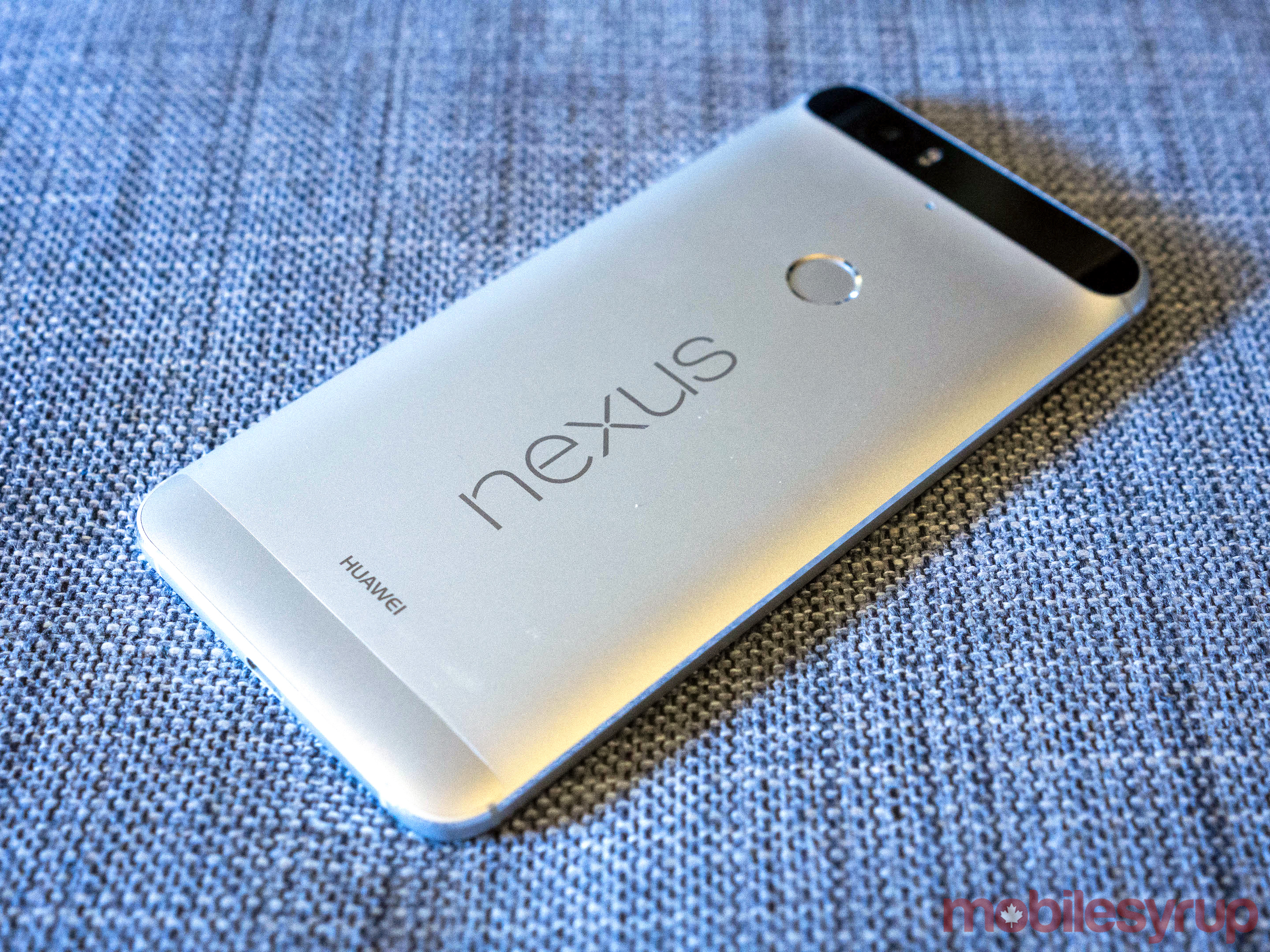 Huawei’s Nexus 6P, despite its rapidly aging Snapdragon 810 processor, remains one of the top devices around that offers a stock Android experience. Now that Android 7.0 Nougat is out, picking up a Nexus 6P is a great way to get your hands on the latest version of Google’s operating system.

The phone’s build quality is excellent, especially when its $0 price tag is considered. Rounding out the 6P’s specs, the phone features 3GB of RAM, 32GB of internal storage and a 1440 x 2560 pixel display.

Related: Nexus 6P review: The best of Android, and the best Android 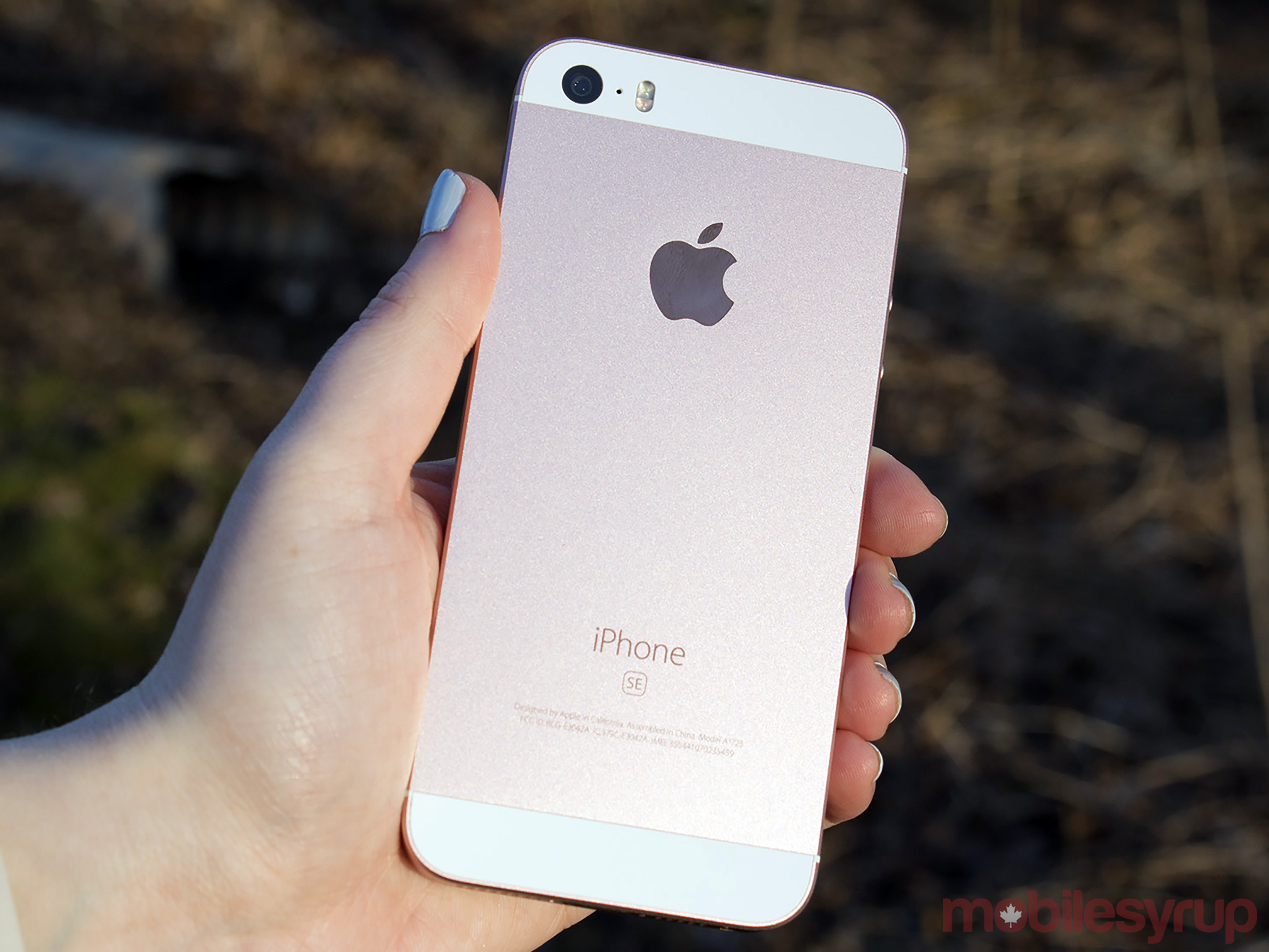 Everyone knows that when Apple releases a new iPhone, the price of its earlier devices drop significantly. The looming release of the iPhone 7 almost guarantees a discount on older iPhones, making picking up a less recent iteration of Apple’s popular smartphone, a great option for price-conscious students.

Technical specification wise, the iPhone SE comes with a 4-inch, 1136 x 640 pixel display and stands about 4.87 inches tall, making it the smallest smartphone in our list, a plus for anyone who isn’t a fan of many large handsets. What’s great about this phone is that it gives students the power of the iPhone 6s in the comfort of a smaller phone, including the 6s’ powerful A9 processor.

You’ll likely need a new plan with your new smartphone, so make sure to check out our best back-to-school wireless plans feature.

Related: 8 affordable tech gadgets to make the most of a new school year