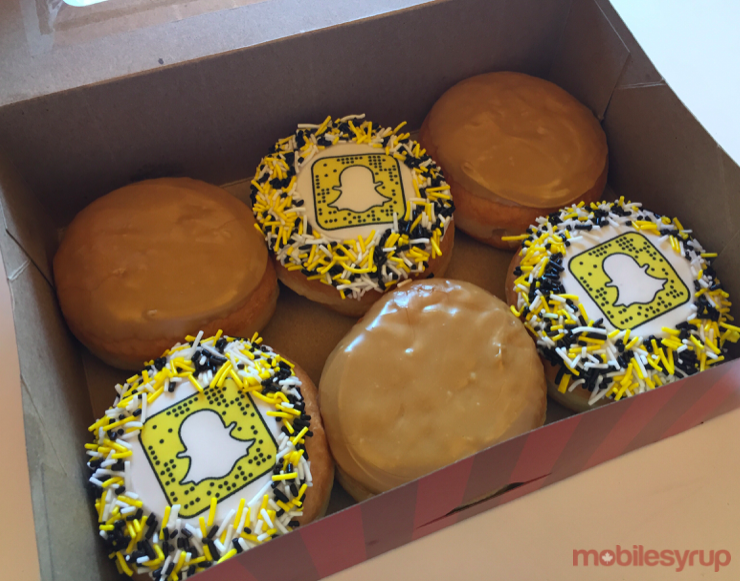 According to the latest finding from Statista, Snapchat currently has over 150 million active users worldwide, which is up 20 million from May. Last March, Snapchat acquired Toronto-based Bitmoji for $100 million and it now seems another Canadian company is seeking some sweet Snapchat coin. However, not through a partnership but in the form of patent infringement.

Vancouver-based Investel Capital Corporation has filed a suit with the Federal Court of Canada against Snapchat claiming the popular iOS and Android app infringes on Canadian patent 2,887,596, which is described as “User content sharing system and method with automated external content integration.”

Investel Capital Corporation has offices in Toronto and Vancouver and is an investment fund that specializes acquiring “distressed and underachieving telecom companies that have recurring revenue but low profitability.” One of the companies under its belt is “iFramed,” which prides itself as being “an Internet social media user/advertiser relationship‐based global marketing system.”

Investel states Snapchat’s use of “geofilters” infringes on its patent. Geofilers, according to Snapchat, “are a fun way to share where you are, or what you’re up to, by adding a fun overlay to your Snap.” The Canadian company claims it was the first to develop and patent this form of brand advertising that allows users to share their media with “user‐related advertising and information.”

Lawry Trevor‐Deutsch, Managing Partner at Investel, said, “We have invested heavily to develop and protect our technologies which we use to provide valuable, cutting‐edge services to social media users through our licensee partner, iFramed Canada. We believe that iFramed is a powerful global system and is extremely compelling to both advertisers and social media users. We will not stand by and permit other companies or organizations, including Snapchat, Inc to exploit our proprietary technology. The geo‐location data gathered from users and resulting insertion of advertiser’s content into posted picture and subsequent monetization to users is vital and key to the use of social media in the future.”

Investel is seeking an unknown amount of monetary damages from Snapchat for infringing on its patents.

In addition, Investel is currently looking at other social media networks who have enabled geofilters into its service and will follow the same strategy and file a patent infringement suit.