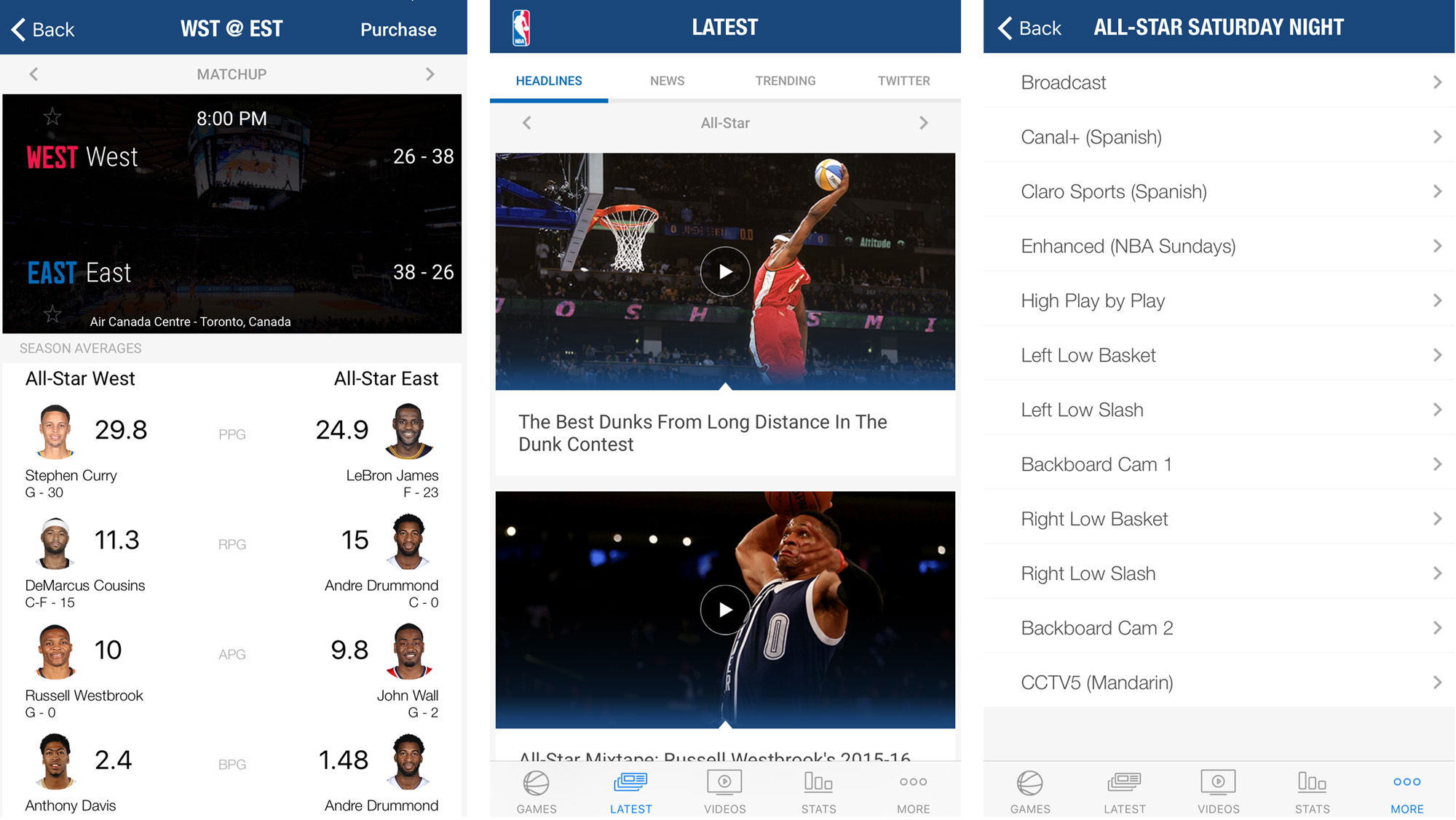 It’s expected to be a fun, and historic, weekend.

The NBA’s best are already in Toronto, taking part in various events and photo ops as part of the All-Star Game festivities. This year’s game has a fairly wide mobile component to it, should you want to get involved or stay on top of what’s happening.

Aside from the current stars, plenty of past legends are on hand as well, including Shaq, Allen Iverson, Reggie Miller and more. Even non-basketball celebrities are taking part, along with musicians, led by Toronto’s own Drake. Oh, and there’s the Canadian International Auto Show taking place just down the street from the Air Canada Centre that has attracted some of the talent, too.

Watching and following the action isn’t going to be hard to miss, given how much media attention the game has received in Canada. It is the first time the All-Star Game is taking place outside the U.S., so sports media down south have been filling a lot of air, too.

Dedicated apps for the game aren’t abundant, but a social media presence certainly is. It’s expected that Twitter and Instagram will have a lot to follow over the course of the weekend, both from players and fans, alike. If you want to get in on it or just watch the action on the court, here is the skinny.

Though international League Pass subscribers aren’t restricted with streaming blackouts, Canadian ones are, which includes all games that are nationally broadcast (and Raptors games). That includes the big game on February 14th, as well as the celebrity game (Team Drake vs. Team Kevin Hart), rising stars challenge, and skills challenges taking place beforehand.

TSN and Sportsnet will be simulcasting everything (TNT will be broadcasting all of those in the U.S.), making them equally accessible on the TSN GO and Sportsnet Now apps. It’s not clear if using a VPN to shift IP addresses to Europe or Asia would be enough to bypass the League Pass blackout. Trying this night be worth a shot if you are a cord-cutter and don’t have cable.

Another option, should it be available to you somehow, is to watch the game using a VPN through the WatchESPN app, which will also work with a Chromecast, Roku and Apple TV.

For streaming radio listeners, TSN Radio 1050 and Sportsnet 590 The Fan will have the game live on February 14th League Pass Audio will also offer it live as well.

The NBA app for iOS and Android does include direct access to League Pass for subscribers. A separate All-Star 2016 section is also currently in there. One of the perks of having signed up for a Premium package is accessing a number of different camera angles and language feeds. Videos of past dunk contests and other great plays from the season to see how some of the participants will stack up. More content is expected to be added as the weekend carries on to the big game.

This game will also be the first time there is fan voting for the game’s MVP exclusively through Twitter, starting at the beginning of the fourth quarter and lasting for 30 minutes. The NBA has even created emojis  for all 24 players, with the hashtag #KiaAllStarMVP plus #FirstNameLastName. Retweets will count up to 100 times, with the fan vote winner accounting for 25% of the overall vote.

The “KicksCam” will see a return this year, with @NBA tweeting Vines of the players’ sneakers before they step on the court, should that be something you’re interested to see.

In keeping with the voting theme, there is no shortage of apps with fantasy betting on even the most minute goings-on for the game.

There seems to be a lot of past All-Star Game content on YouTube and Dailymotion, if you want to look back and snack on some of the players and plays that stood out. Full games are quite easy to find on YouTube, including Michael Jordan’s final appearance in 2003 and Magic Johnson’s epic performance in 1992. Given that this is Kobe Bryant’s last kick at the can, those two particular games hold some extra relevance.

Enjoy the festivities, the game and the attention Canadian basketball is getting. Wherever you may be.