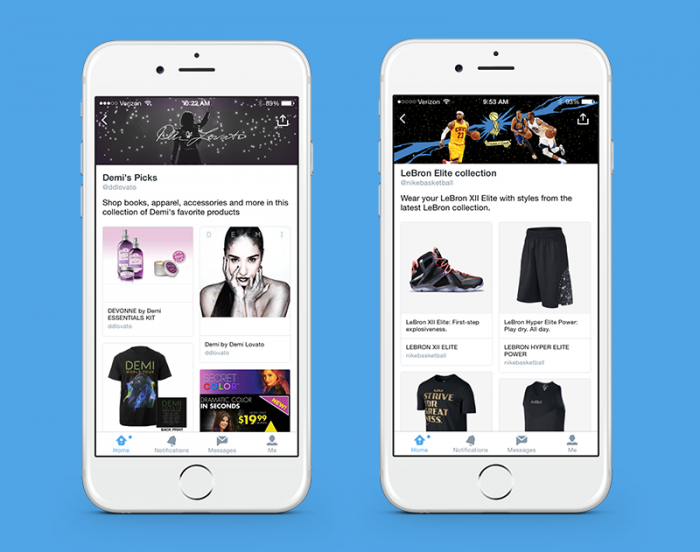 Following the unveiling of its Project Lightning initiative, Twitter is experimenting with a couple of new e-commerce features on its platform.

First, there are the new pages dedicated to specific places and products.

For example, searching for The Martian, the Andy Weir novel that is being turned in to a feature film by Ridley Scott, leads to a page where there’s a description of the book, top tweets related to it, as well as other related media like photos and videos. Additionally, there’s a button that allows one to purchase the novel directly from Twitter.

Then there are so-called “Collections” that are more curated lists of products.

Ellen DeGeneres has a collection that leads to a page labeled the “Best of the Ellen Shop,” which, as the name suggests, contains a curated selection of items from DeGeneres’ official shop. More often than not, however, it’s not possible to buy something directly from this page; instead, the user is sent to a separate storefront where they can complete the purchase. Like the specific product pages, it’s possible to see tweets, images and videos relating to all the products that are featured in a collection. In general, collections aren’t a comprehensive listing of all the products a brand like Nike might have on sale.

At launch, Twitter has 41 different partners signed up for the service, including brands like Nike, The Wirecutter and TechCrunch, as well as influential personalities like Reese Weatherspoon and the aforementioned DeGeneres. 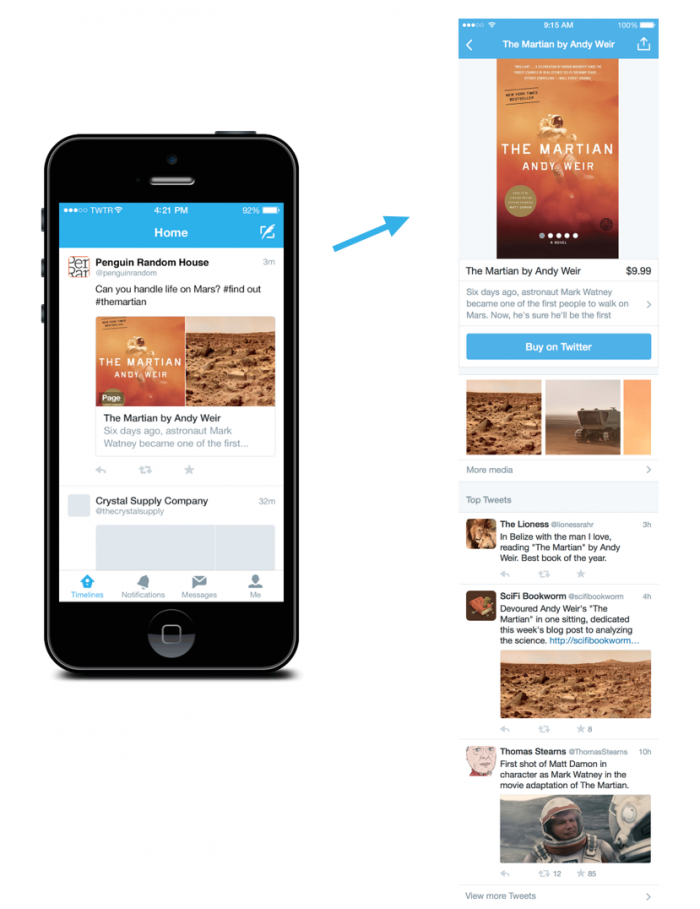 It’s been a busy couple of weeks for the social network. Earlier in the week, Twitter granted access to BuzzFeed’s Mat Honan, who revealed the existence of Project Lighting, a soon-to-launch feature that will highlight tweets, photos and videos from ongoing events.

The reveal of both Project Lightning and Twitter’s new product pages follow the sudden resignation of CEO Dick Costolo. It’s been speculated that Costolo was under pressure to resign after the company’s Q1 results failed to meet Wall Street’s expectations; the company has been finding it challenging to turn a profit.

According to Recode, while Twitter does not currently take a cut of sales from transactions that are completed through its new shopping feature, it’s expected to do so in the future. Project Lighting is likewise excepted to help the company’s bottom line.

Twitter’s new shopping feature is available on its website, as well as Android and iOS apps.