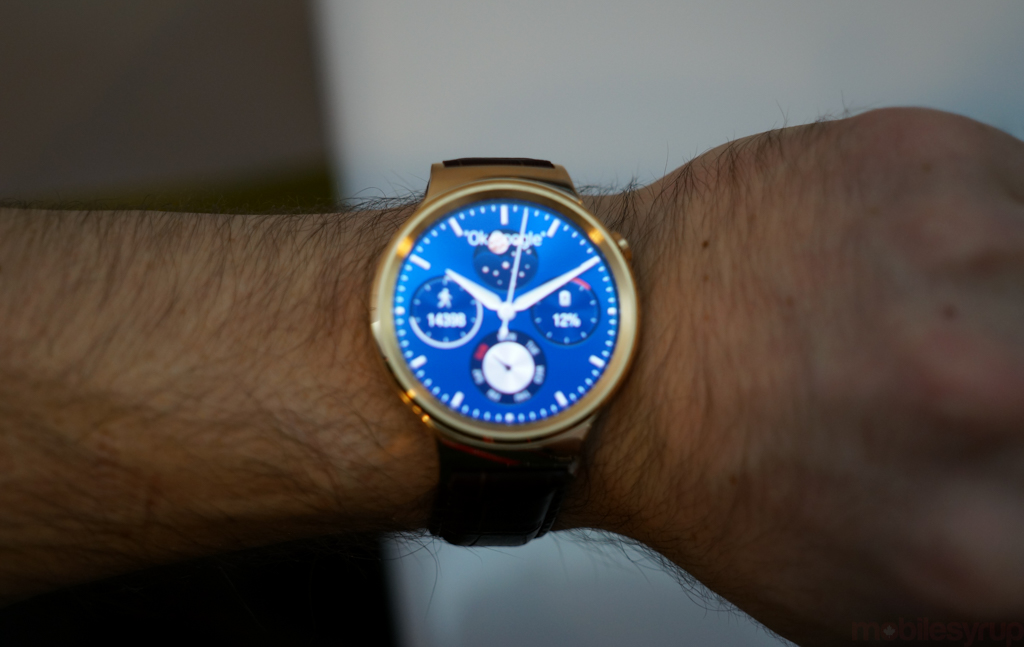 Huawei unveiled its first wearable, the Huawei Watch, at Mobile World Congress in March and said that it would be available in Canada sometime later this year. However, a new report suggests that its release will be delayed.

The report suggests that one possible reason for the setback is that most of Google’s services aren’t available in China. According to Android Police, because of this fact Huawei has found it a challenge to work with the Android Wear operating system. As a result, the Huawei Watch is now expected to ship either in September or October.

When it does launch, the Huawei Watch will feature a “scratch resistant, cold-forged stainless steel” frame, a 1.4-inch AMOLED 400 x 400 resolution (286ppi) display and a “scratch-proof sapphire crystal lens.” Under the display will be a Qualcomm 1.2GHz processor, 512MB of RAM, 4GB of storage and Bluetooth 4.1. Huawei says the watch will be compatible with any smartphone running Android 4.3 or higher.

Related: Wrist-on with the Huawei Watch