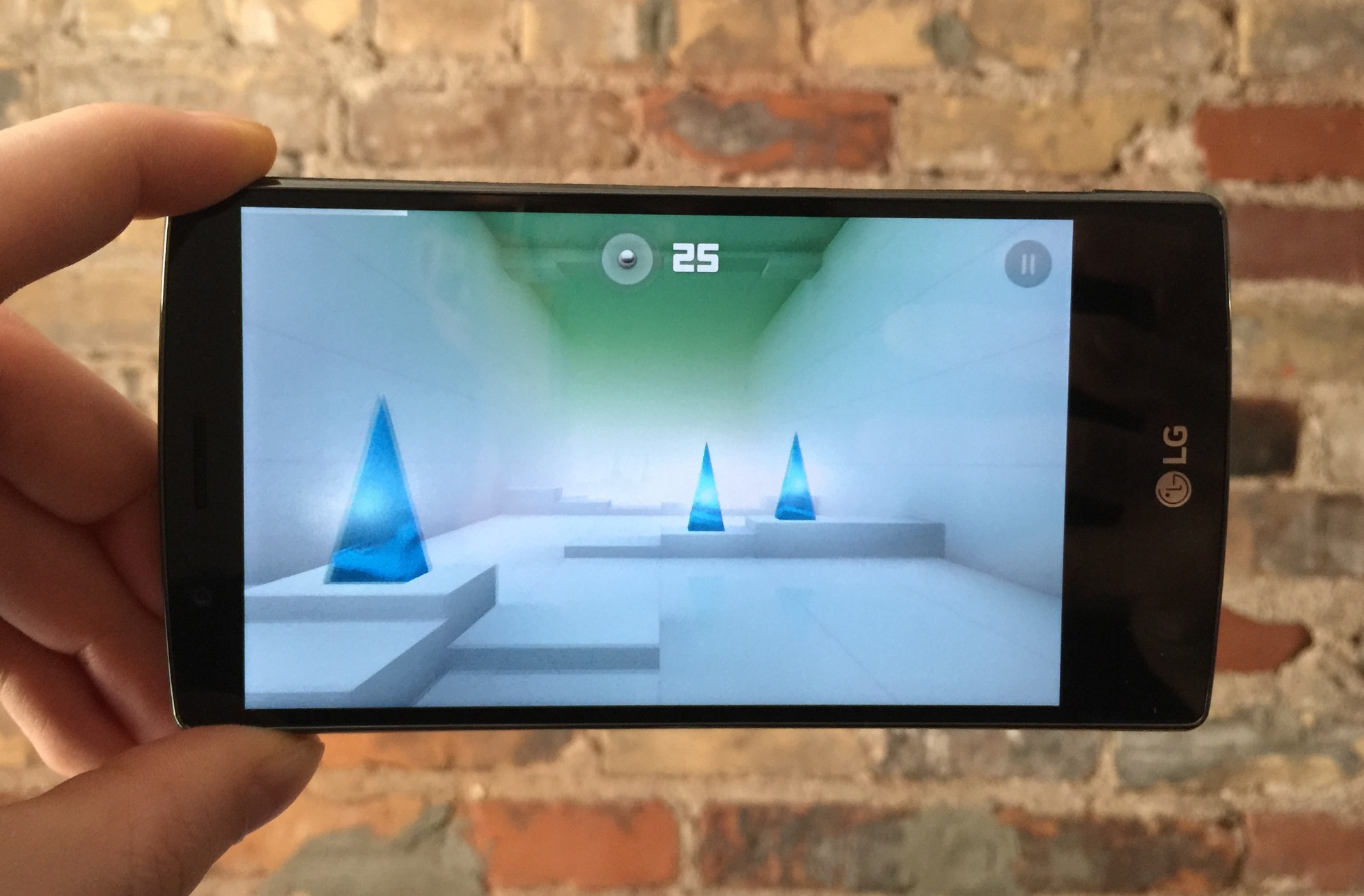 Free mobile games don’t have to suck, although many of them do. The rise of games such as Candy Crush Saga, Farmville, and also anything Zynga has either developed, or purchased and then re-released under its own brand, is largely to blame for the poor reputation free and free-to-play games often receive.

Not every free title is a horrible pay-to-win ripoff, and this is a fact that I found difficult to wrap my head around when I sat down to put together this list of some of the best free mobile games.

The idea that good games need to cost money has been ingrained into my head since the smartphone slowly became popular late 2000s, but while compiling this list I’ve realized I was very wrong. Developers often decide to make their games free for a variety of reasons: exposure, ad sales, or a reliance in in-app purchases, and sometimes free games are even better than many paid titles. 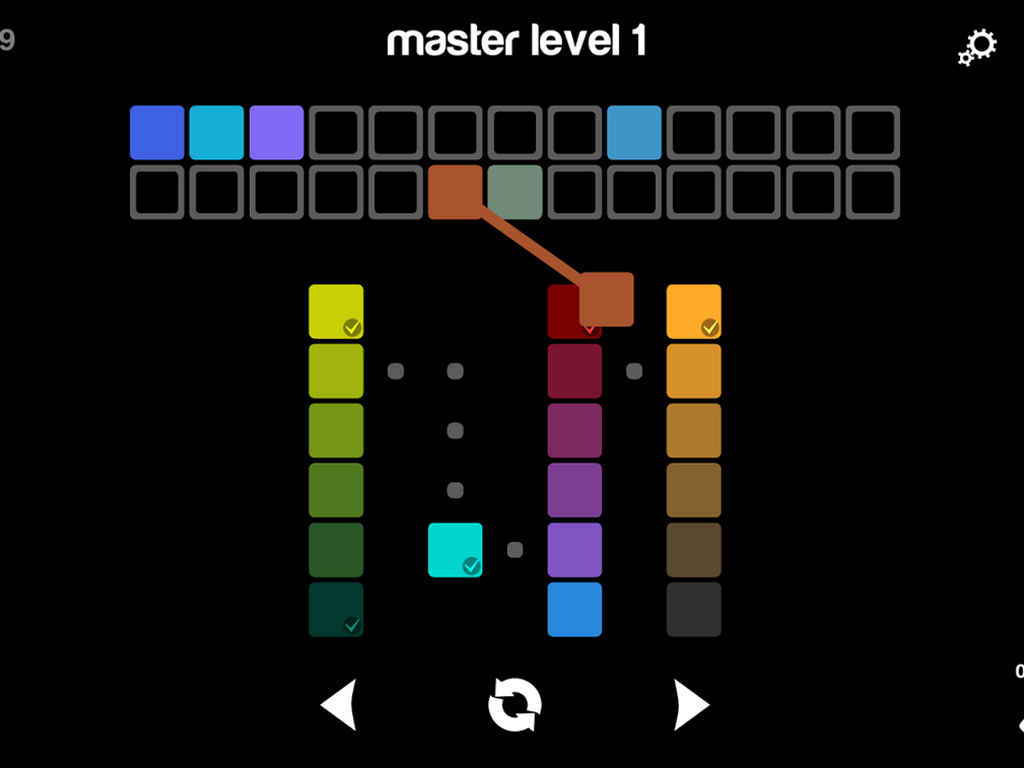 Blendoku only came to my attention recently, otherwise I would have added it to my list of top mobile puzzle games. The game challenges players with arranging a group of coloured tiles in the correct colour-blending sequence, effectively creating what resembles a wall paint sample. If this sounds familiar you’re probably onto something. Almost amusingly, Blendoku is basically Sudoku but without any numbers.

There’s something strangely soothing about matching different swatches of colour in the correct blending order. The game features 525 free levels ranging in difficulty from “simple” to “master.” You can also even play against the clock if you’re looking to add another level of challenge to the experience. For a free puzzle game Blendoku offers a surprising amount of variety.

Blendoku is available on both iOS and Android for free. 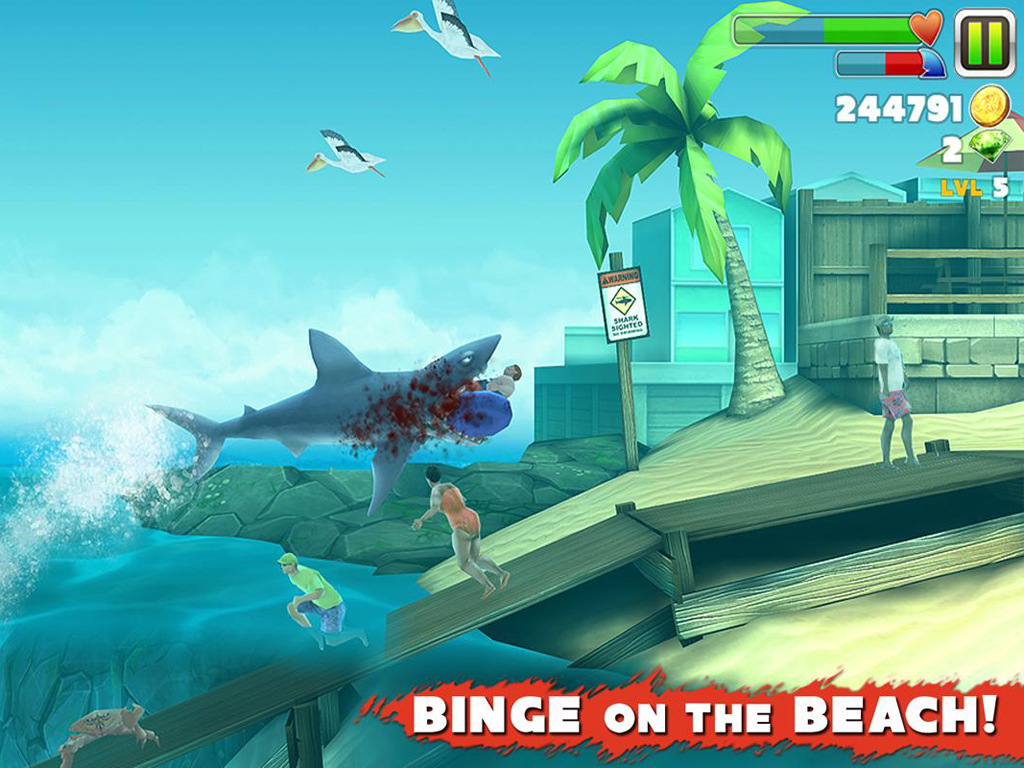 Hungry Shark Evolution is the fifth installment in the long-running Hungry Shark franchise. It brings new sharks, creatures and polished visuals to the series, making it the best and most feature-rich Hungry Shark game. The game is very reminiscent of gaming classic Ecco the Dolphin for the Sega Genesis, only if Ecco was a shark determined to eat everything in sight.

In Hungry Shark Evolution, players, as expected, play the role of a Shark that’s very, very hungry. In order to stay alive, you’re tasked with eating fish, scuba divers and anything else that swims. Dodging poisonous fish as well as other hungry sharks, and attempting to build up your score is also a significant part of the game.

The goal is to raise your shark’s level until it’s able to evolve. Paid features extend to purchasing new sharks as well as accessories, but similar to other free-to-play games that don’t suck, they can largely be ignored. Who knew virtually killing marine life could be so entertaining? 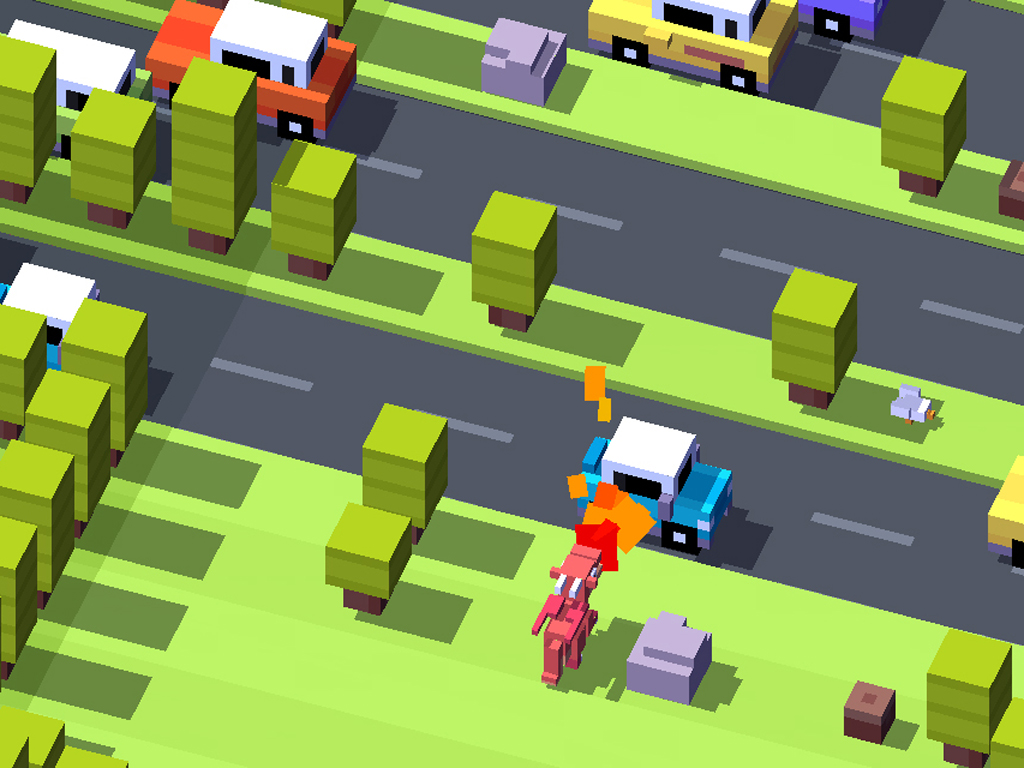 Hipster Whale’s Crossy Road is a Frogger clone, but possibly one of the best ever created.

Levels are randomly generated, and the player’s only goal is to move their chicken from one side of the road to the other by jumping on logs, dodging vehicles and avoiding barreling trains. But it’s the controls and visuals that make Crossy Road stand out from other titles. Players move the chicken around with simple swipes that pair perfectly with a touch screen. Visually, the game also adopts a unique retro, pixelated aesthetic that’s similar to a more polished version of Minecraft.

Crossy Road is available on iOS, Android and Windows Phone. 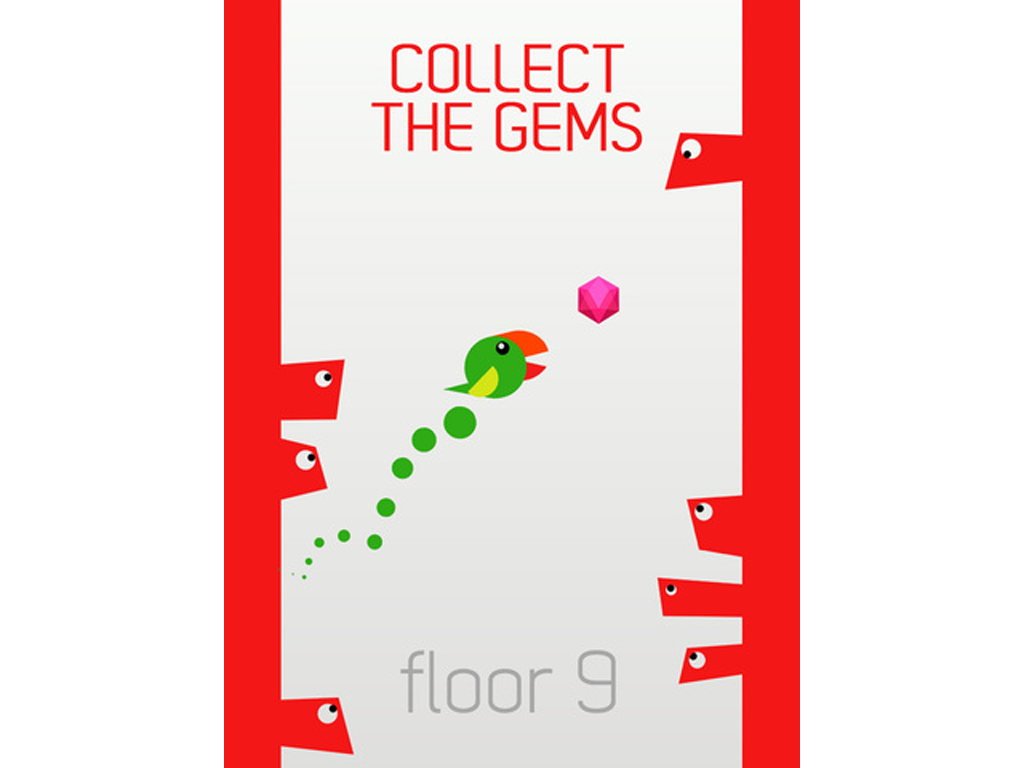 Bird Climb is everything Flappy Bird isn’t, in that it’s actually a good game.

Players move their bird up a rectangular play space by tapping their device’s screen, timing button presses and in the process ensuring their flying avian creature doesn’t smash into objects. This might sound simple, and it is, but it certainly isn’t easy. There’s an intense level of strategy in terms of knowing when to attempt for the next platform, or when to hold back and move to an easier to reach point on the adjacent wall.

Bird Climb is available on iOS and Android. 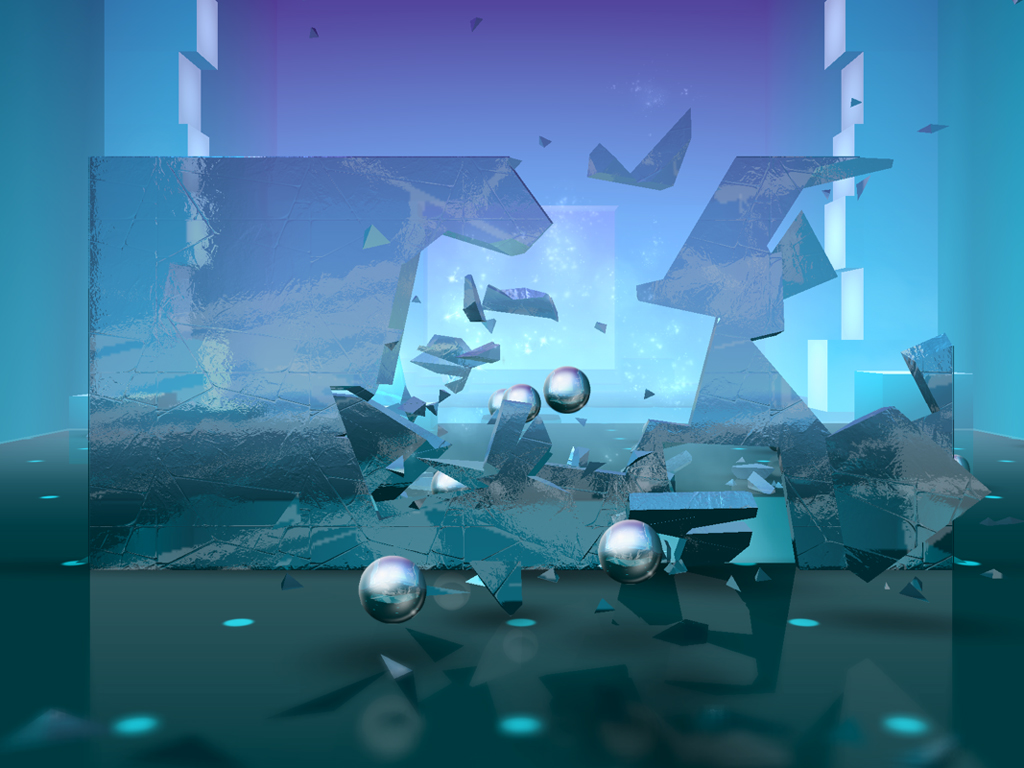 Smash Hit reinvents the concept of a traditional endless runner by taking that genre and then adding a first-person perspective. The player’s only goal is to shoot spherical silver marbles at objects in your path.

Strategy comes into play when you’re forced to decide what objects need to be blasted through and when to instead opt to save your precious marble supply. Objects in your path become increasingly difficult to navigate past as you progress through the game.

Smash Hit is available on iOS and Android. 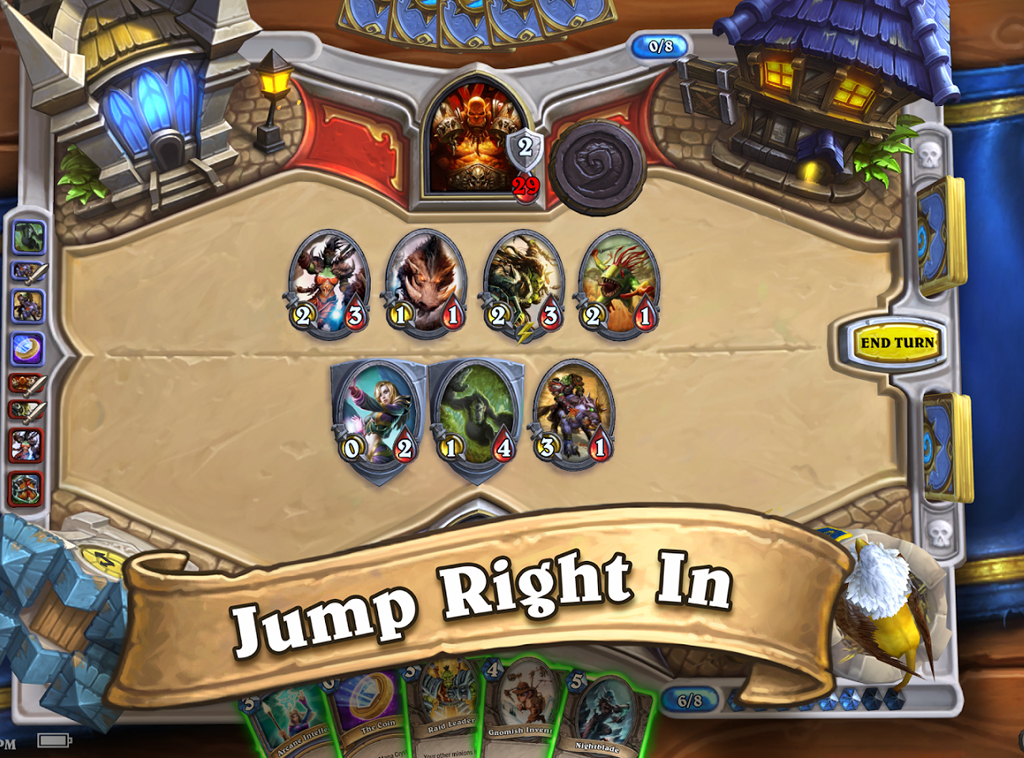 Blizzard’s Hearthstone has skyrocketed in popularity since its release, initially launching on the PC and then eventually making its way to iOS and Android. Card games aren’t my thing, whether they’re physical or digital, but the simplicity and balance of Hearthstone instantly resonated with me.

Think of Hearthstone as a stripped down version of Magic cards, one that almost anyone can pick-up and play.

Also, despite its free-to-play nature, Hearthstone is far from pay-to-win, allowing players to purchase additional card package via coins earned by playing the game (you can buy them with real world money as well).

Hearthstone: Heroes of Warcraft is available on iOS, Android and PC.

Popular YouTuber CaptainSparklez’ recently released title Fortress Fury is a great free to play title that unfortunately suffers from a few glaring control issues (selecting individual panels on your fortress when playing on a small screen is exceedingly difficult).

Other games that narrowly missed making this list include Trivia Crack, Plants vs. Zombies 2 (the game was a mess when it was first released but is mostly fixed now) and Spaceteam, the crazy multi-platform multiplayer game. Even free Android games like Bad Piggies and Angry Birds could have easily made the cut.