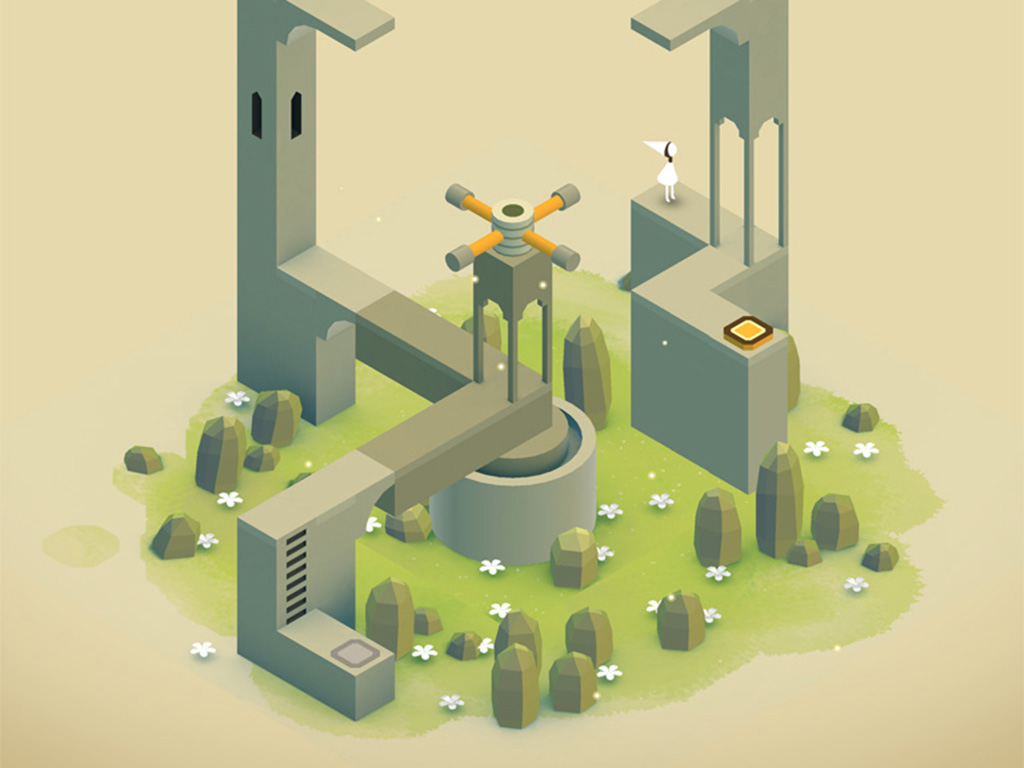 Puzzle games are an interesting and very broad category of mobile games. Titles range from games that involve rearranging numbers to ones that task the player with manipulating the world to move their character down a specific path. Essentially, any game that forces the player to solve a problem could be considered a puzzle game.

The genre also actually fits perfectly on mobile devices, since puzzle titles often only require a small amount of interaction with a touch screen: Swipes, taps and other basic movements.

Below are six of the best puzzle games on mobile devices right now:

Similar to titles like Alto’s Adventure, Monument Valley adopts a very simple visual aesthetic. The game’s mind-bending puzzles, often involving turning levers or rotating the entire isometric world, seem basic at first but quickly ramp up in difficulty, forcing the player to approach each level in a unique way.

The way Monument Valley controls is also elegant. In order to navigate your silent princess through levels, the player only needs to tap different areas of the screen and their character moves in the intended direction.

Similar to other great mobile titles, Monument Valley is an example of a simple conceit that works well within the limitations of mobile gaming as a platform. 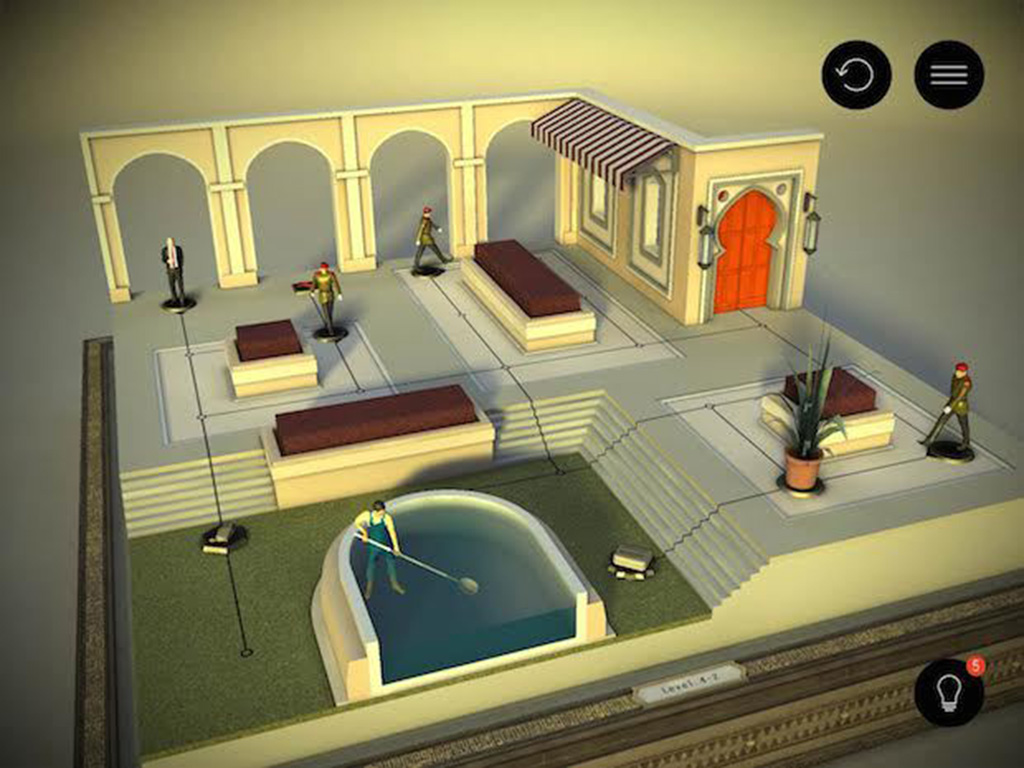 When Square Enix Montreal’s Hitman Go was first announced, I laughed. How could a console franchise like Hitman possibly be translated to a touch screen and still be even be remotely fun? Well, Square Enix has seemingly done the impossible. Hitman Go is not only fun, it’s one of the few mobile titles that still works on the platform even though it has a significant amount of depth and strategy to it.

The core of Hitman is still there, only players move Agent 47 around a static game board, intercepting and avoiding guards. Some might be turned off by the board game aesthetic featured in Hitman Go, but I found it entertaining and refreshing.

Mobile games need to be simple both in terms of visuals and controls to work, and the methodical swipes required to move Agent 47 around Hitman Go’s game board help make this title feel at home on any sized touch screen. 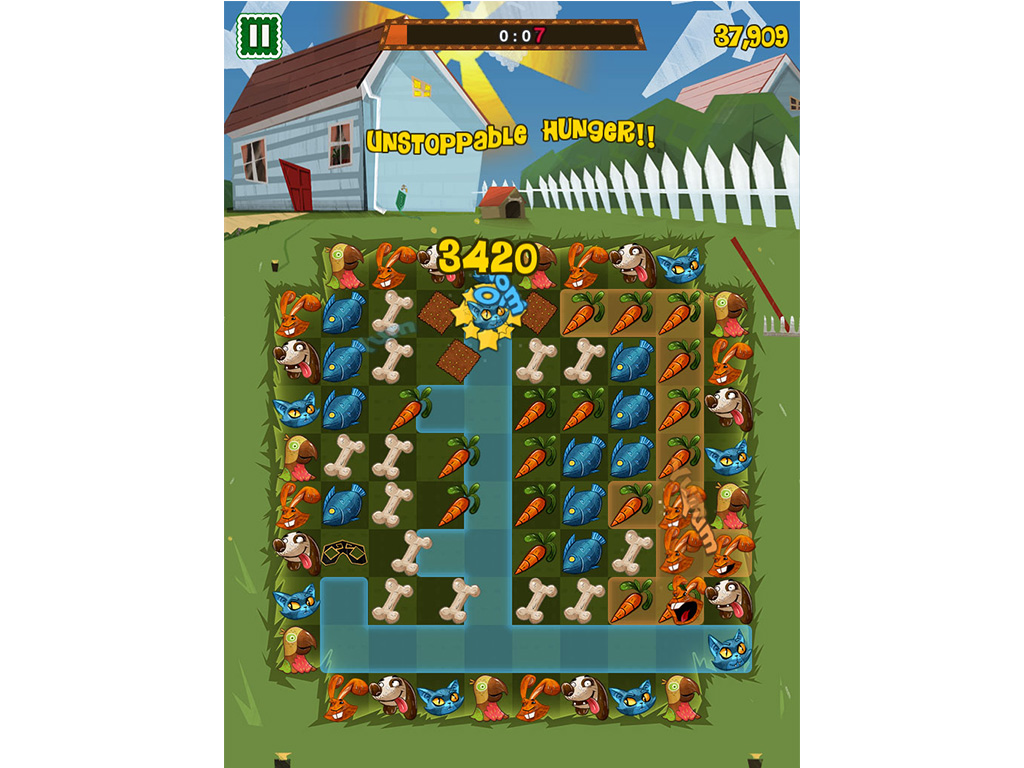 For me at least, this game works much better than other Candy Crush/Bejeweled inspired titles because of its satisfying visuals and sound effects. Each animal makes a distinct and strangely satisfying noise when you feed it a meal.

A basic levelling system and optional goals help flesh out the experience. There are a significant number of similar puzzle games out there on both the Android and iOS marketplace, but the visuals, sound effects and session time limit help Feeding Time stand out from the crowd. 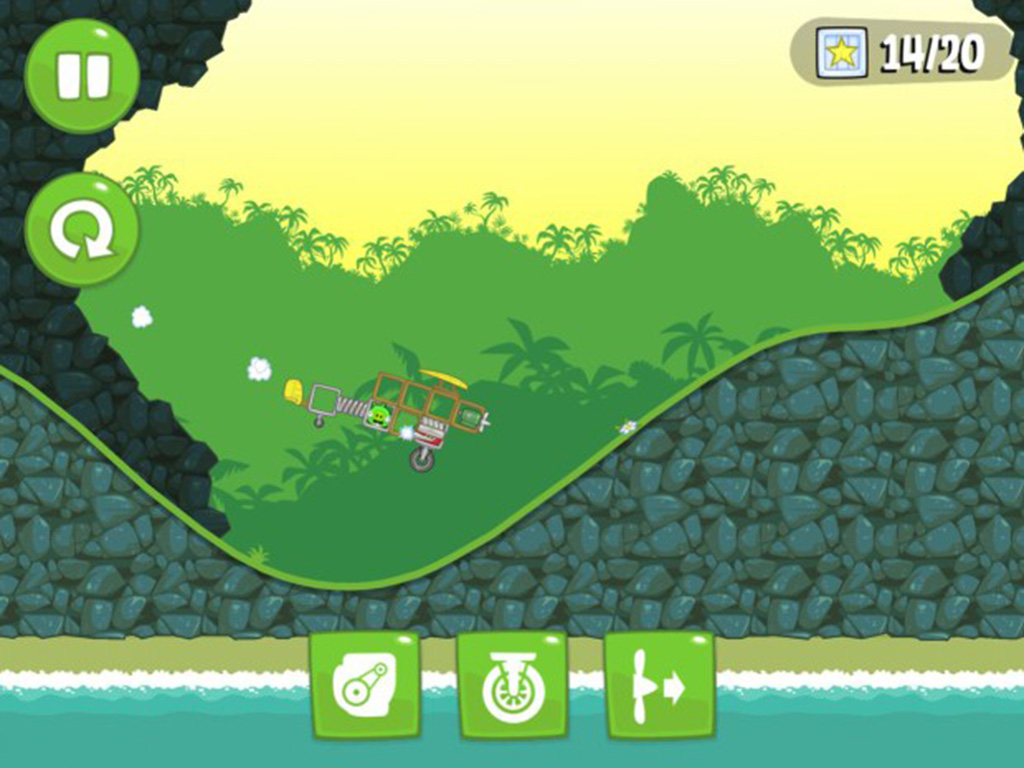 Rovio often receives somewhat unfair criticism because of its perception as the studio, behind the blockbuster Angry Birds franchise, that arguably popularized the idea of playing more than just Brick Breaker on your phone. Regardless of how you feel about Rovio as a studio it’s difficult to deny the Finnish developer has developed some incredible, and incredibly challenging, games. Unfortunately many of these titles, Retry and Bad Piggies for example, often get skipped over, simply because they’re developed by Rovio – or because they lack the instant appeal of an Angry Birds-like game style.

Bad Piggies is actually very similar to the underselling but still spectacular Xbox 360 title, Banjo Kazooie: Nuts and Bolts. Players build a vehicle using a preselected array of parts, and then test it on a variety of increasingly difficult courses, navigating through obstacles and other varied terrain.

The puzzle elements in Bad Piggies come into play when selecting what parts you need to use for your vehicle, and also where best to place your fragile hog in your car. Don’t let the name fool you, Angry Birds’ evil pig foes certainly aren’t featured in a “bad” way when it comes to Bad Piggies. 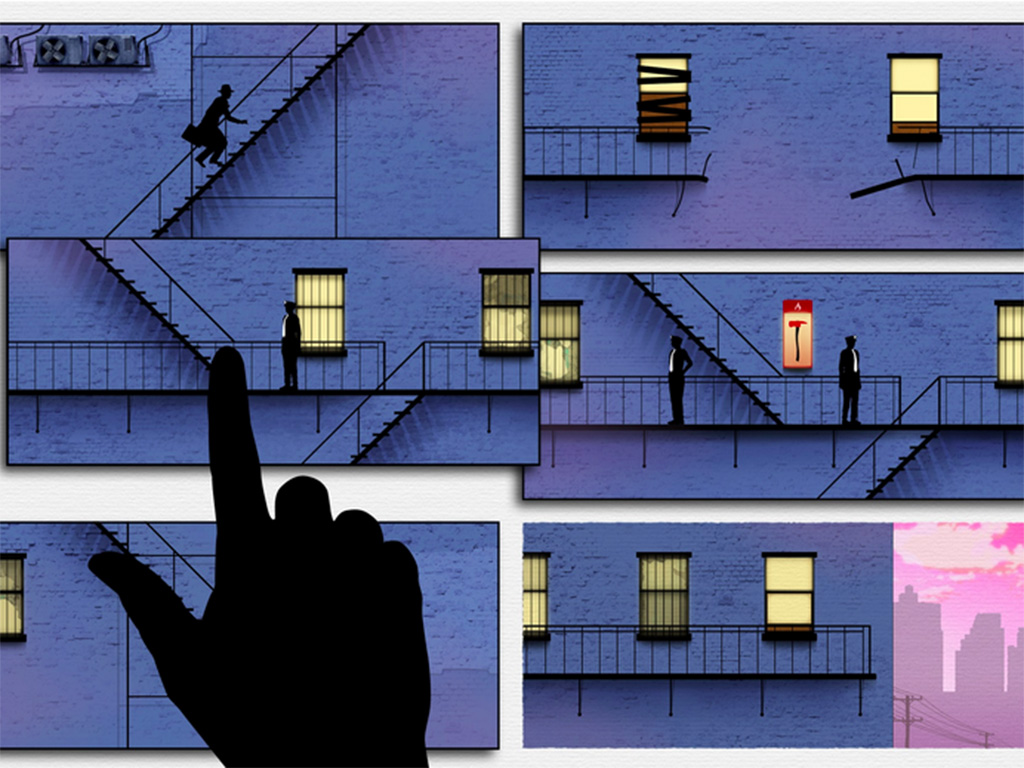 Framed is a strange, at first off-putting game. It takes the idea of comic book panels, adds noire style visuals to the mix, and then allows the player to manipulate the order of traditional comic book scenes.

Careful thought is required when placing each panel. For example, if there’s a guard standing in your fedora clad character’s path, moving that ladder panel one square forwards will allow him to climb up and over his enemy.

What at first seems like a simple concept (and the same can be said for almost every game in this list) quickly becomes extremely challenging, so much so that I often got stuck on certain levels in Framed for many hours. Visually the game is also a joy to look at, both in terms of animation and the title’s visuals, which actually at times look hand drawn. 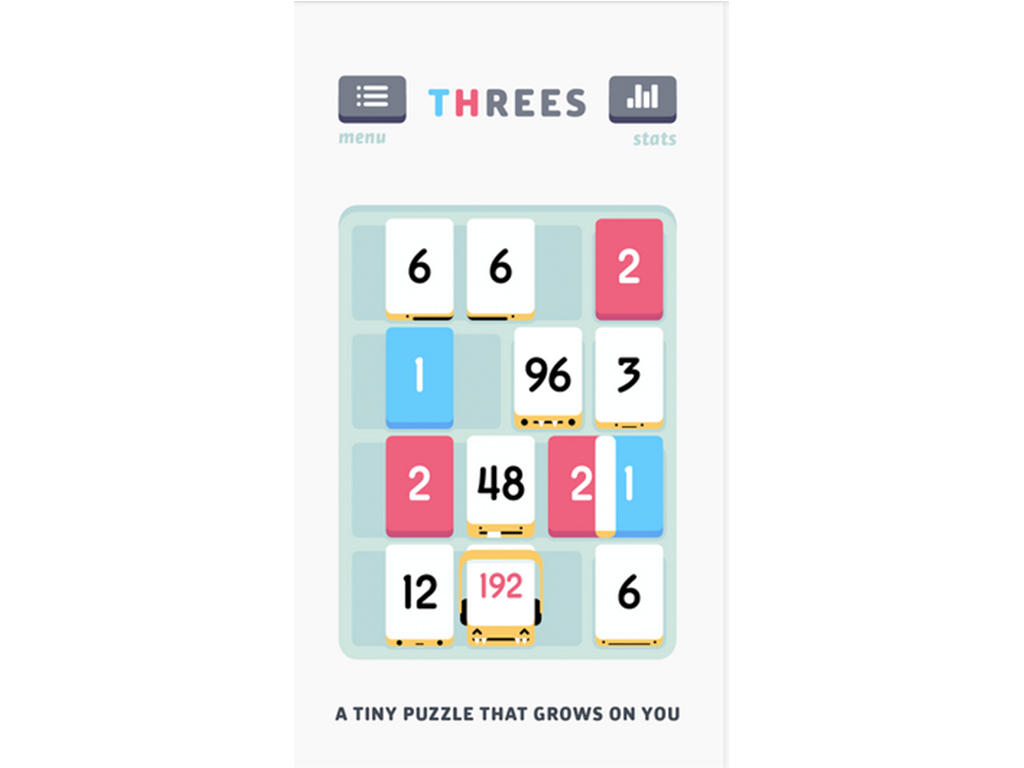 Whenever a game features numbers or math my eyes often glaze over. I hate numbers – always have, and likely always will. But I’m glad I finally decided to give Threes! a try.

Threes! embodies the ideal puzzle game: A title that’s easy to pick-up and play, but difficult to master. This is why even someone as mathematically challenged as myself is still able to have a significant amount of fun with it. Players only need to match identical numbers (as well as ones and twos) and try to keep their board as open as possible.

If you pay attention to the math going on behind the scenes in Threes!, which really only amounts to simple multiplication/addition, as well as doing a little bit of forward thinking, players will discover an additional level of depth. There’s also a surprising amount of personality to the game, whether it’s the “yo” the number six utters when matched, or 96’s angry “grr,” every time I play Threes! I find myself smiling at its subtle jokes, which also helps distinguish it from other similar puzzle games like 2048.