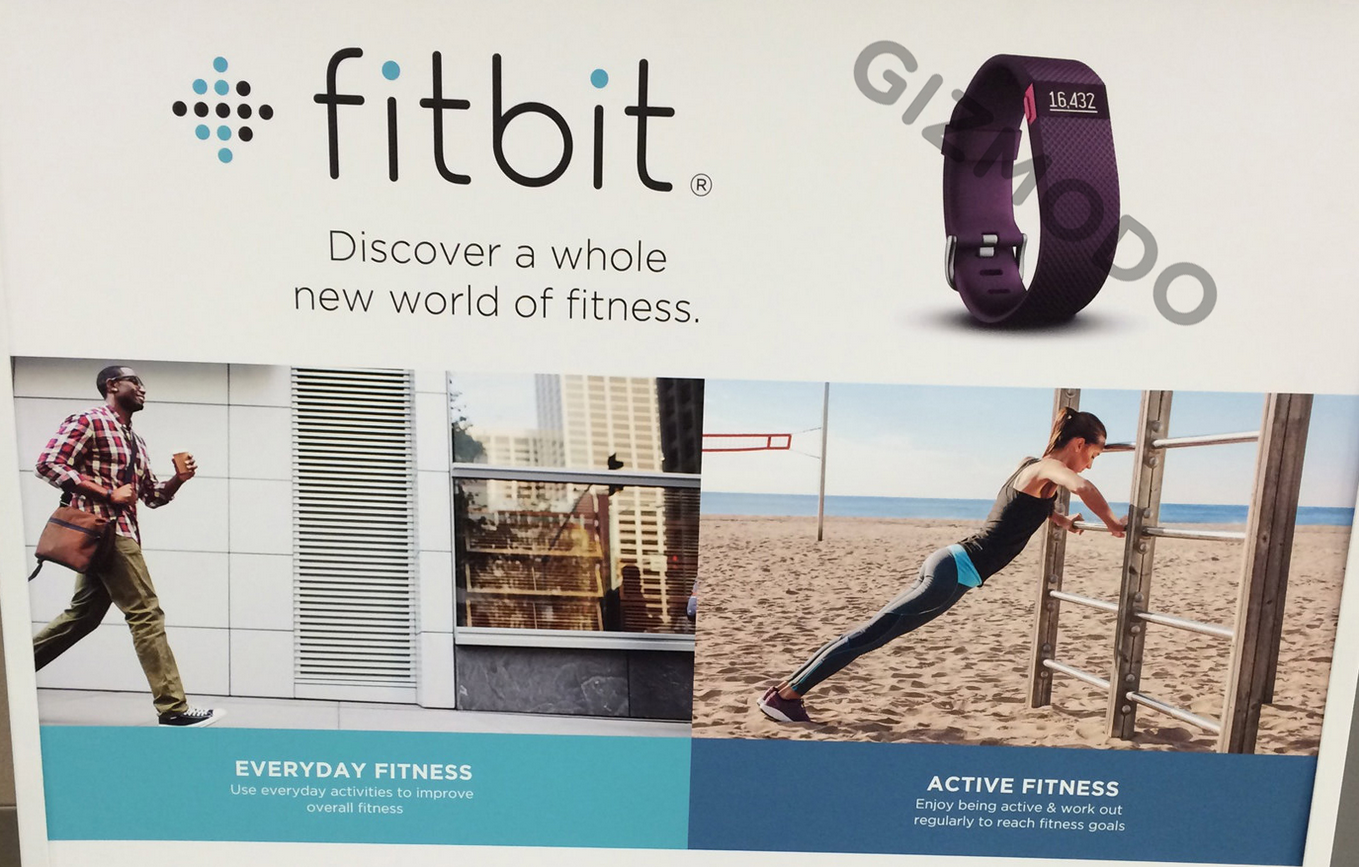 We’ve been hearing rumours about Fitbit’s new activity trackers for months. Back in June, word got out about the Fitbit Charge, a device equipped with sensors for tracking heart rate, distance, speed, pace, and routes via GPS. This week brings yet more news of the the fitness band, which will actually be available in two versions.

Gizmodo claims to have official marketing materials for two Fitbit Charge devices. One is a regular Charge while the second is called Charge HR. According to the leaked documents, the regular Charge is capable of tracking steps, distance, calories, and sleep while also displaying the time and acting as a caller ID. The Charge HR is the one with the heart rate monitoring magic baked in.

Fitbit is calling it ‘PurePulse’ and this feature offers continuous, wrist-based heart rate readings. Though it apparently packs all the same features as the regular Charge, the Charge HR seems specifically geared towards runners and the feature list mentions compatibility with MobileRun on the Fitbit app so you can monitor your running stats.

These are the first new products from Fitbit since the company issued a recall for the Force earlier this year. Engadget this week reported that both the Charge and the Charge HR were spotted online at a Russian retailer for the equivalent of $184 US and $220 US, respectively. With so many leaks flying around, we’re expecting an official announcement very soon.