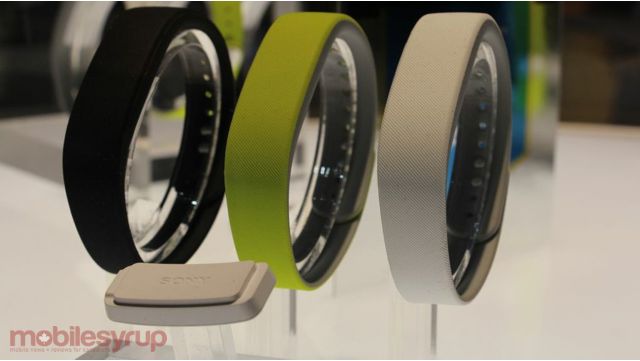 Sony jumped into the activity tracking space last week at CES with the announcement of a line of wearables called SmartWear. We went hands-on with the SmartBand, the first to launch from this line, while at the show.

The SmartBand comes in two parts, the wristband itself, and the sensor called Core. The SmartBand is slightly textured and feels as plush as you can get for a rubber product.

The small, white sensor fits snuggly into the back of the SmartBand. It’s pretty easy to slip Core in and out of the bracelet, which is important since you will need to do this to charge the sensor via microUSB.

Sony is definitely looking at their SmartWear from a fashion perspective. They showcased design concepts at CES which illustrated how Core could be used as a bracelet, necklace or clip. They also featured materials and patterns that you might expect to find more at jewelry or accessories store rather than a Best Buy. 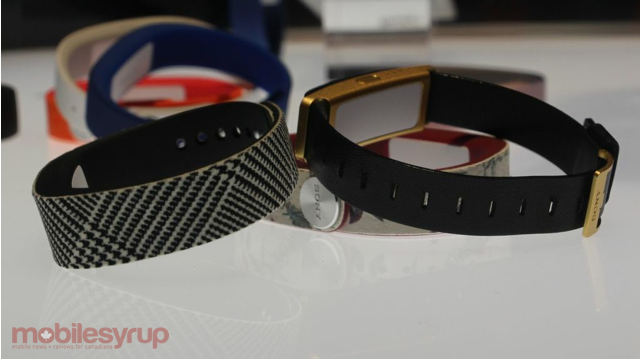 A black SmartBand bracelet will be in the box with Core when it launches in the spring. Users looking for other colour choices will be also be able to buy additional bands in white, purple and lime to start.

The Core connects to any Android 4.3+ smartphone using Bluetooth, using one-tap NFC for setup. Once you tap the Core, your device will prompt you to go to Google Play to download the LifeLog app.

The LifeLog app is where all the magic happens with the Core. Sony wants the sensor to be more than just a fitness tool, and it’s clear from the app that this is the direction they are heading. The LifeLog app is a journal of one’s entire daily activity, not just exercise and shows this as an animated timeline, chart or map view.

LifeLog does things you would expect a fitness device to do: it charts calories, steps, the time you were active and even your sleep. But Sony has added a lifelogging aspect to the app through the use of bookmarks. A bookmark is essentially a point in time you wish to remember and can be added to your timeline by tapping your SmartBand/Core. 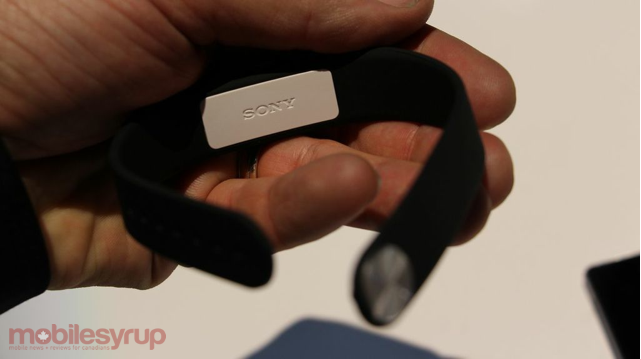 I like the idea behind bookmarks, but the problem is that this action only triggers a placeholder to be added to your timeline. This means that you will need to go back into the app to fill in the details. There are some cases when the app automatically logs events.  Music you were playing or videos you were watching are added to your LifeLog without any action required, provided you were doing so on your smartphone.

It’s in these moments where activity and entertainment intersect that Core shines. One feature of LifeLog I found pretty fantastic was the ability to look back to see what music you were listening to when you were most active to help you create an optimal playlist for working out. 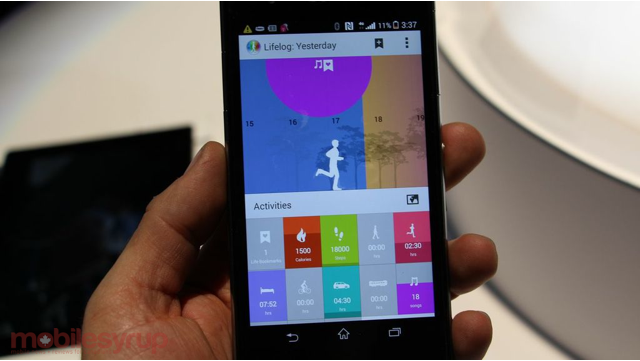 Outside of LifeLog, Sony seems to also be working on a manager type of application which will let users download Core apps (or extensions as they called them) to do things like vibrate when they get a text or email or tap to control their music player.  This addition will definitely broaden the use of Core, but the downside is that users will only be able to configure one app at a time.

Sony’s launch of SmartWear is right on trend when it comes to wearable tech. But there are some major features missing which may already put Core behind the eight ball even before it launches.

Heart rate monitoring and OLED displays seem to be the new bar for activity trackers, according to what we saw at this year’s show. And although the idea behind lifelogging brings added value to this fitness tracker, the amount of manual effort required to make it effective may be too much for the average user. 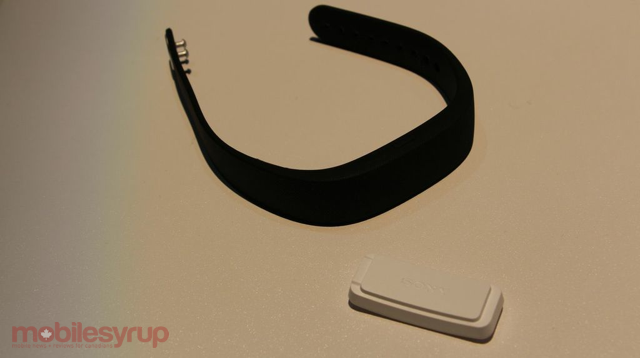