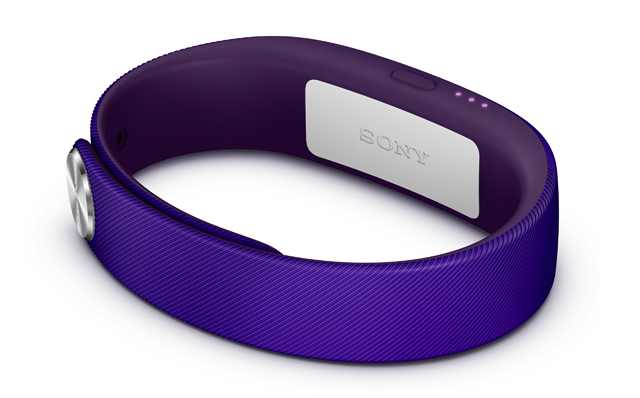 Sony may have two smartwatches on the market already, but the company is just now dipping its toes into the realm of the quantified self. As CES trudges on, it’s increasingly evident that smartphones are becoming the dumping ground for a new technology trend: wearables.

Sony’s Core sensor isn’t a health or fitness tracker, but a “life tracker,” an all-encompassing measuring tool for what one does in his or her daily life. Yes, it counts steps and can interpret whether you’re walking, running or biking, but Core also wants to be a conduit for tracking social and entertainment.

How it does this is to pair, via Bluetooth 4.0, to an Android smartphone, working with an accompanying Lifelog app. While Core works on its own — stick it in a pocket, bag or purse — Sony plans to offer accessories, such as a Smartband bracelet, to turn it into an accessory. This is both an advantage and disadvantage: the Fitbit Flex was basically a sensor stuffed into a rubber suit which, once removed for charging or cleaning, could easily get lost. The company’s successor, the Force, embeds the sensor in the bracelet, addressing that issue.

But Core likely needs to be extricable because it purports to be more than merely a step-and-calorie counter. Sony is positioning the sensor as the physical equivalent of a journaling app, able to determine your location and, when synced to your phone, attach photos and notes from that place. Think of it as a physical Heyday.

According to Sony, Core will also be able to notify users of incoming calls with a built-in vibration motor, though there is no display to facilitate more advanced notifications. But the dearth of battery-sucking features means Core will last five days or more, and is easily rechargeable via microUSB.

The sensor is coming to Europe and the U.S. for around $100 by the end of March, and Sony plans to outline its functionality in more detail in the run-up to release. For now, it’s an interesting experiment, and a great way to showcase the Xperia brand.