Smack dab in the middle of the Digital Health Zone, amongst the hustle and bustle of CES this week, sits a massive clear dome. Inside, three people are wearing a headband, eyes closed, sitting calming and quietly in a soft chair. Outside, a lineup has formed; people want in.

This surreal experience is the creation of InteraXon, makers of the brain-sensing headband, Muse.

Muse is a semi-flexible wearable device worn around one’s forehead, and contains seven EEG sensors (four active and three noise-cancelling). The headband monitors brainwaves and relays that information to a smartphone app where it can be visualized and used for a myriad of applications.

The Toronto-based brainwave startup company recently began production of the Muse headband and expects to ship its first batch out to Indiegogo backers in the middle of this year. The Indiegogo campaign raised an astounding $280,000 back in December, 2012. 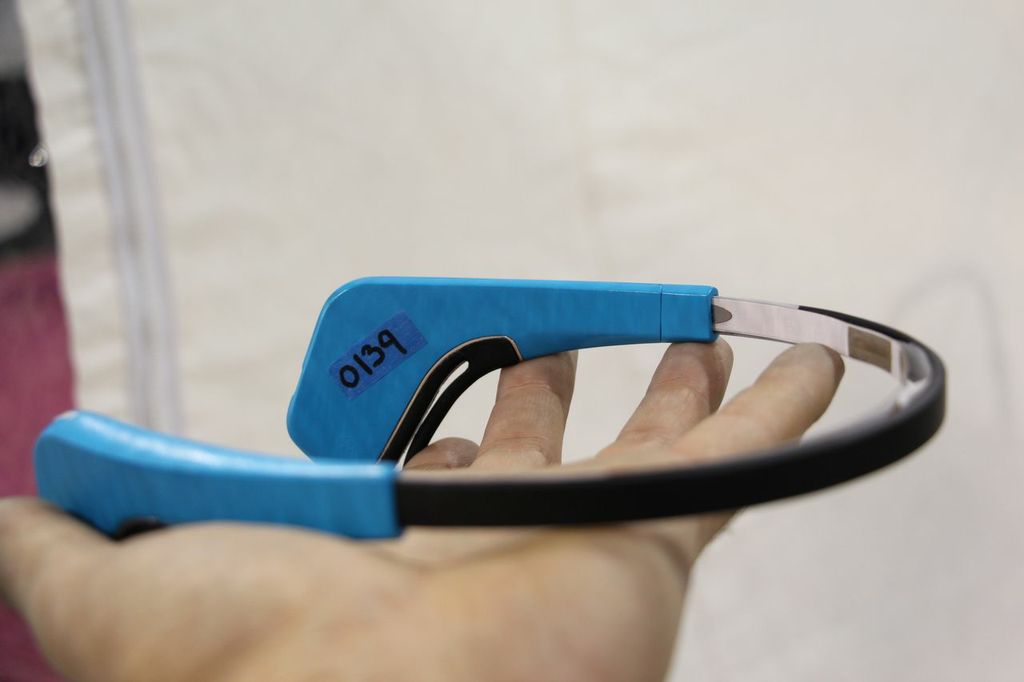 The headbands being demoed this week at CES are, for the most part, production quality. Along with the headband, InteraXon also unveiled a version of the first Muse app, Calm.

The Calm app uses Muse to help you learn how to settle your mind, which in turn reduces stress, improves concentration and benefits the body in other ways. It does this using visual and sound cues to help you understand when your brain is active or more sedate.

I had an opportunity to enter the dome and give Muse a try. I was extremely impressed with the duo’s effectiveness in calming me down and helping me focus (which, believe me, is not an easy feat).

Muse’s headband is very pliable, which made it feel like the device was sculpted to my head, and it sat comfortably on my forehead and around my ears.

The Calm app walks you through a series of calibration steps to make sure that the sensors have contact. It also provides you with a few quick exercises to show what it feels like to have an active mind versus a calm one.

The majority of the app is dedicated to a single exercise, which tries to keep you focused and still. The app does this by asking you to close your eyes and listen to the wind.  When your mind is active and unfocused, the wind will pick up and sound like a storm. But when you are calm, the wind is calm and peaceful. Along with this sound cue, the app visualizes your brain state as the sky of a beach scene, where the skies are either clear or stormy depending on your focus.

At the end of the exercise, Muse gives you a summary of your performance including a breakdown of the time your brain was active, calm or neutral. The app also has some gamification features such as a score and badges. InteraXon plans to add more robust measurement insights and trends which let you track your sessions over time. 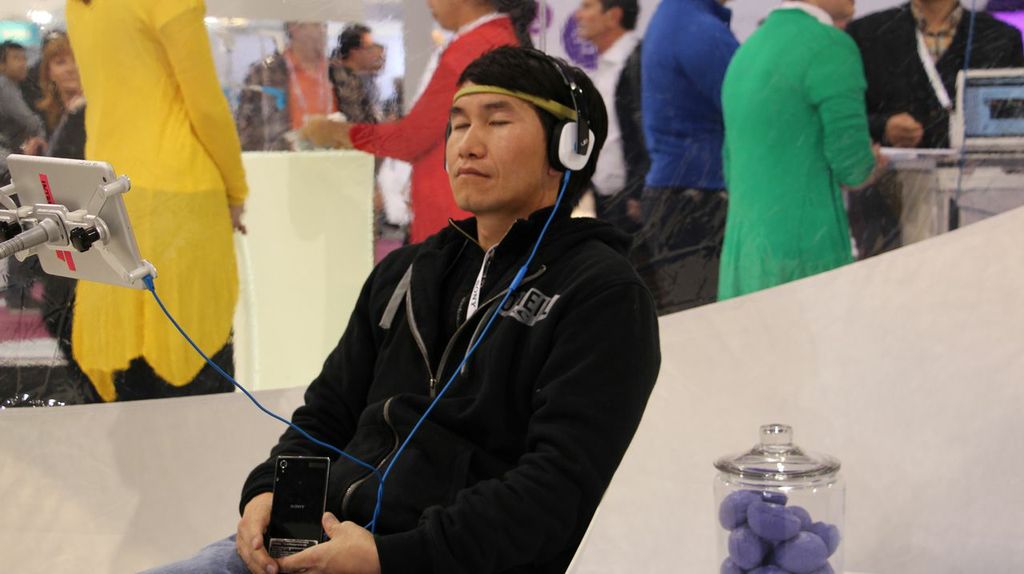 I asked the other two participants who joined me in the dome how they felt after the exercise and we all agreed that we were heading back out to the mob at CES feeling much more relaxed.

It’s this mental break that will most likely be the predominant use case for Muse. The average person will most likely wear Muse during times when they want to focus or relax, though Muse’s potential goes well beyond meditation.

Muse is currently accepting pre-orders at a cost of $269. InteraXon confirmed that they will offer white and black headbands to start but are planning to roll out additional, fun and fashionable colors as part of their product line.