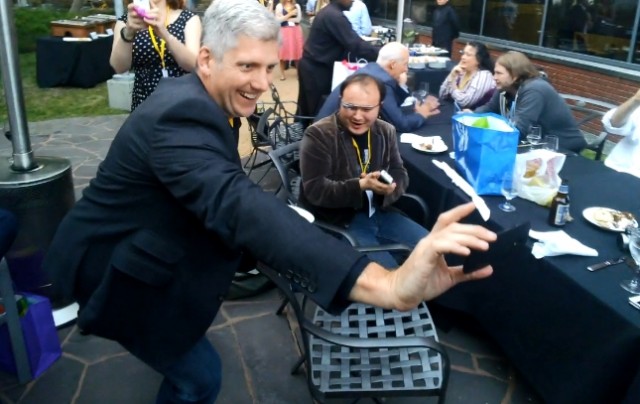 Motorola’s new flagship device has been heavily leaked over the past number of weeks. This will reportedly have a half-billion dollar marketing budget behind it and bring customers various levels of customization – everything from the colour to engraving features.

Motorola said the Moto X will be available this summer, but there’s been no firm date yet. A document we posted showed an August release. Based on an intimate media event and the device signup page, rumours pinpointed Motorola to unveil the Moto X on July 11th. Unfortunately Motorola quickly squashed any knowledge and denied its truth.

However a Google+ post by Robert Scoble shows otherwise, noting that “Tonight I was at a certain technology company (you might recognize it, except we weren’t supposed to share anything about what we were doing there) and someone handed +Daria Musk a really out-of-tune low-cost guitar. So I started shooting with Glass and this is what happened.”

By now the design of the Moto X is no secret. We just need the official specs, pricing and availability.