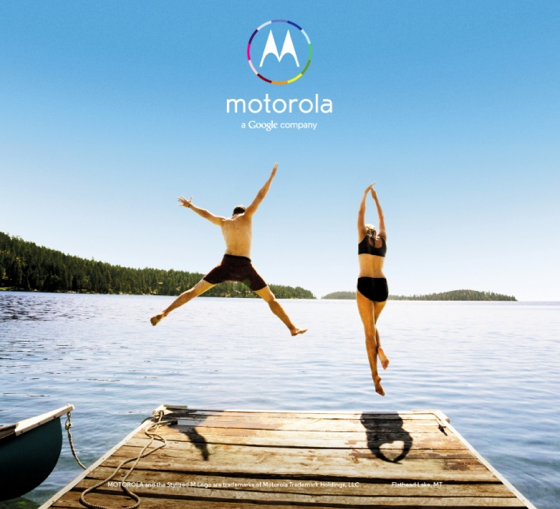 Motorola has confirmed their new flagship Android is called the Moto X. Details about how the smartphone can be customized and personalizes – everything from selecting the colour to engraving – has leaked out. Missing are the finer points of the Moto X, such as launch date, pricing, official hardware specs and availability.

According to the latest rumour on the web, Motorola will declare this information on July 11th. The hint reportedly comes from the recent ad showing two people jumping off the dock, one in the shape of an X and the other in a I, which in roman numerals creates the numbers 11. In addition, Motorola recently hired Guy Kawasaki to focus on “product design, user interface, marketing, and social media” and he’s apparently invited US tech broadcaster Leo Laporte to some sort of event on July 10-11th.

If true, Motorola might be attempting to upstage Nokia as July 11th is the date they will unveil the heavily leaked Nokia Lumia 1020 (EOS) and it’s 41MP camera. We’ll certainly know in a few days… the Moto X will be the ‘first smartphone that you can design yourself.’