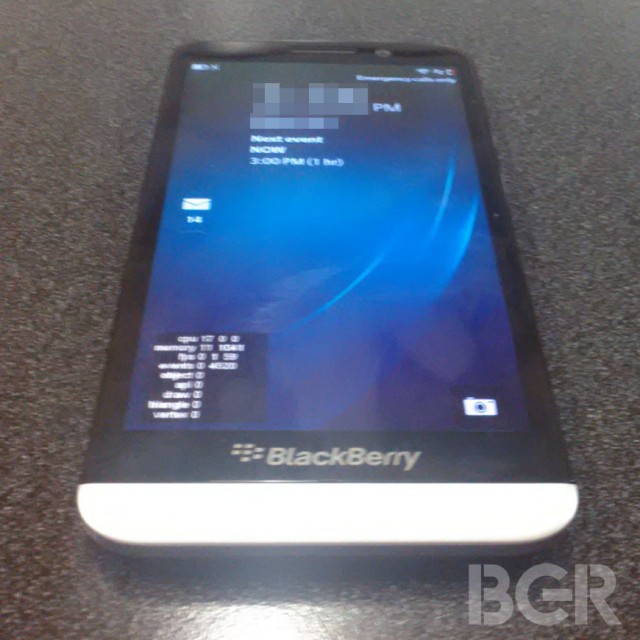 Back in March Thorsten Heins, BlackBerry’s CEO, stated that “There’s one new product I’m really excited about, but I can’t really share it… It takes BlackBerry 10 to another level in terms of the user experience.” It’s rumoured that this new product will be their new BlackBerry 10 device called the A10, currently given the codename of Aristo.

This new flagship smartphone is expected to launch sometime in November and the first image has leaked online. According to BGR, the A10 will sport a 5-inch Super AMOLED display with a resolution of 1280 x 720, and a dual-core processor. As for the design, when compared the Z10, the corners seem to be more rounded at the top, but have a similar look at the base. While there’s no picture of the back, the report indicates that the device will be textured like the BlackBerry Q10. In addition, the A10 is currently running BlackBerry 10.2.0.552.

These specs are completely different than what has been rumoured in previous leaks: 4.65-inch Super AMOLED display (1080×1920 resolution), 1.9GHz quad-core Qualcomm processor, 3000mAh battery, and 2GB RAM. So for now we’ll have to wait and see what BlackBerry comes out with.