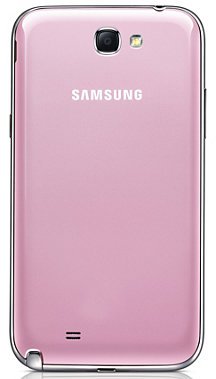 Samsung is set to release its Galaxy Note II in yet another shade, this one of the popsicle-hued variety, though the discovery was made on the company’s Taiwanese website and has not been spotted for North American audiences just yet.

Samsung is well known for releasing its flagship products in multiple colours after the initial launch — the Galaxy S III was no exception — but we think the company missed an opportunity to bring this to Canada for Valentine’s Day.

What do you think? Nothing says ‘I love you’ like a pink phablet, right?