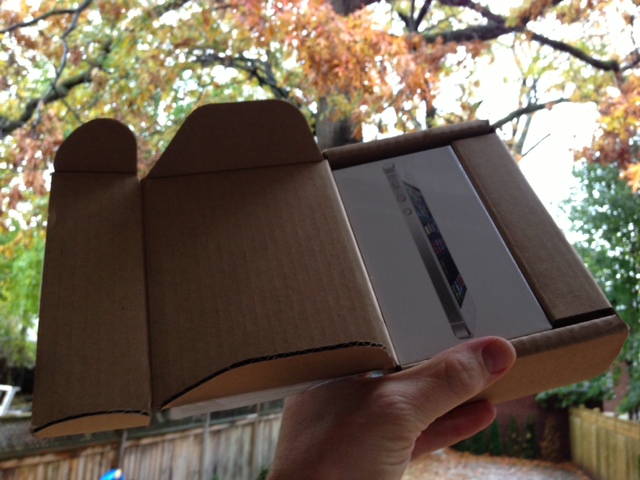 Update: This contest is now over and we’re thrilled to announce that the winner is Facebook member Tina Turchiaro!! No worries if you haven’t won as we currently have our Nexus 7 giveaway, plus will have a Note II and the Xperia T coming up soon.

Apple officially launched the iPhone 5 in Canada on Friday and it received the usual amount of mass hype. The device is thinner than all previous iPhones, more powerful, and comes with a larger 4-inch display. For many it’s device they’ve been holding out for – Apple claims it’s the “biggest thing to happen to the iPhone since the iPhone.” Possibly.

You can check out our full review here, but let’s get to it. Up for grabs is the iPhone 5 16GB in White. It’s also unlocked. That’s the good news. The unfortunate news is that the device is still shipping from Apple and is expected to be here within a couple weeks… so that means when we get the iPhone 5 in our hands a day later the contest will end. So right now it’s open for a few weeks – see update below of the end date.

Update: The iPhone 5 finally arrived – see the pic above – and the end date to enter this contest is now set for November 1st.