RIM is not getting rid of side-loading on the BlackBerry PlayBook, but “looking at different options” 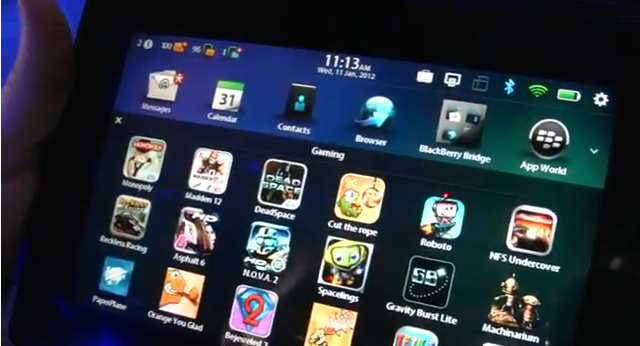 Alex Saunders, RIM’s VP of Developer Relations, stated on Twitter that they will be ending the ability to sideload PlayBook apps and future BlackBerry 10 devices. Saunders said that “we don’t want to duplicate the chaotic cesspool of Android market.” However, as the interweb goes, his words were apparently taken a bit out of context.

Saunders wrote a note on the company blog to clarify the issue, stating that “We’re not getting rid of side-loading on the BlackBerry PlayBook OS or in BlackBerry 10. Side-loading on our platform is changing in nature. Side-loading is a developer feature. It exists so that developers can load their apps onto their own devices to test. It’s there so developers can send a beta release to their testing community for review. It is definitely not there for some people to side load a pirated app.

However, in an email to us RIM wrote that they are still considering various options about side-loading, still possibly removing or evolving the feature, but nothing is finalized:

We are looking at different options including removal or evolution of our current side loading functionality. In the event that we do decide to go down that path, we will definitely work with developers to ensure we have a fully functioning way for them to test applications on hardware. However, we haven’t finalized or officially announced any plans yet. What I can tell you is that in an upcoming release of the BlackBerry PlayBook OS, we’re introducing a feature that will encrypt apps so they can only be run by the user who purchased the app.”