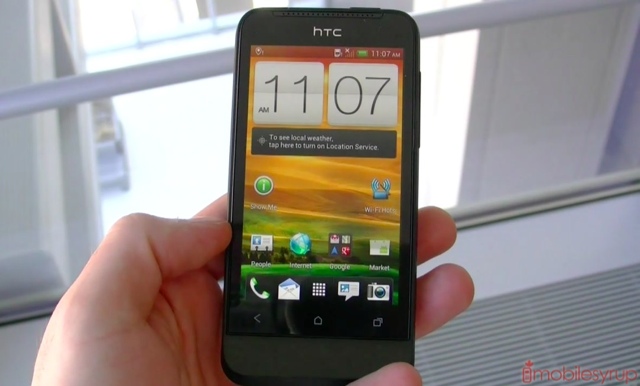 We just had a chance to try out some of TELUS’ upcoming products, including the HTC One V were able to use an early build of the Android 4.0.3 software running Sense 4.0.

We’re happy that HTC has made the correct decision in bringing Sense 4.0 to the slower One V. In fact everything we saw of the build ran smoothly and beautifully despite the older hardware specs. Indeed, even the camera was able to deliver rapid-fire performance, including taking still shots while recording 720p video. HTC’s ImageSense experience is to be fully preserved.

The only major difference I saw between the One V and the other One Series devices, and this could just be due to the unfinished nature of the software, was that the One V uses Google’s default multitasking menu as opposed to HTC’s 3D horizontal interface.

We’ve posted a video of the HTC One V in action, and you can catch it after the break. No word yet on an official launch date.